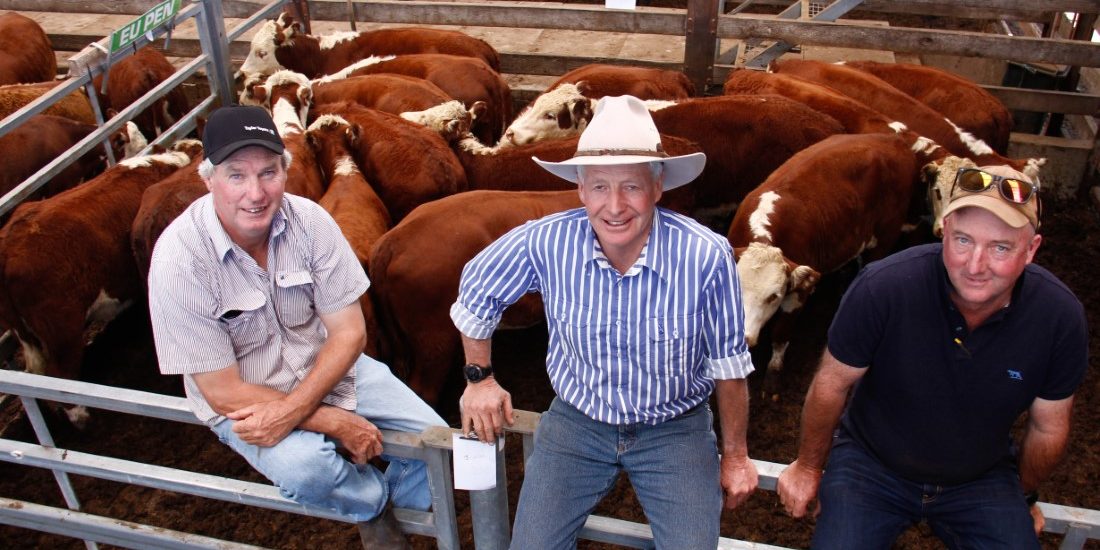 Hereford heifers have smashed price records at saleyards in the Western District as the breed rides a wave of herd rebuilding and live export demand.

Bidding peaked at 632 cents per kilogram for Hereford weaner heifers at Hamilton last Friday, with Herefords the only young females to break the 600c mark.

Low numbers helped drive the result, with only two laneways of Hereford heifers available at both of the special heifer weaner sales held at the centre late last week.

It followed strong demand from the live export sector during the spring, with reports Hereford breeders were being offered up to $1400 on farm for young calves weighing just 220kg and better to be shipped to China.

Whiteface Herefords are a preferred British breed into China, with Kazakhstan and Russia also strong live export destinations. Agents said the top money from live exporters in recent months had been for Hereford heifers ahead of other breeds including blacks.

The Rundell’s had sold some of their lighterweight calves for export to China, and were then given another financial boost when their Hereford heifers sold to 632c/kg lwt at Hamilton.

“I’ve never seen a market like this before – you live in hope but these prices for heifers are just unbelievable,’’ he said.

“What is happening with restocking demand and live exports is definitely a shot of confidence for the Hereford breed.’’

The Rundell’s herd is based on Oakdown and Glendan Park blood. The 632c price was for 18 heifers that had a curfewed weight of 285kg, working out to $1805.

They sold to noted Hereford breeder Jeremy Upton, Yarram Park at Willaura, and were part of a run heifers purchased from the local sales that will be joined as part of an on-going expansion of the operation’s commercial beef herd in South Australia.

Mr Upton also paid 601c/kg for the lead pen of Orana Hereford heifers bred by Paul and Carolyn Malseed. The Orana herd is based on Yarram Park genetics, and the 26 heifers in the pen averaged 320kg to return $1923.

All but two pens of Herefords at Hamilton on Friday made over 500c/kg, and these came close at 498c and 492c/kg respectively.

Bill Lambert, from Taronga Herefords which is a stud and commercial operation, said incredible demand for whiteface females had given a real boost to incomes.

At Casterton the property’s 58 Hereford weaner heifers averaged $1446 at a remarkable 539.5c/kg lwt, eclipsing their very strong steer average of 524c/kg at an average of $1650.

Bidding at Casterton reached a top of 578c/kg for lightweight heifer calves, and the entire yarding of black and whiteface weaners averaged 526c/kg to return $1503 over an average weight of 285kg. 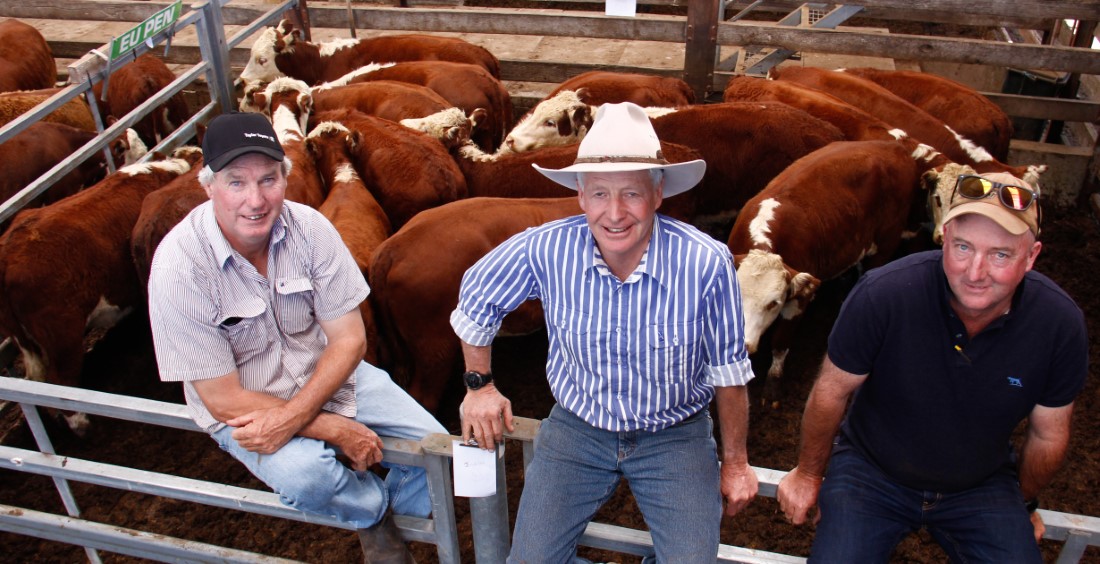 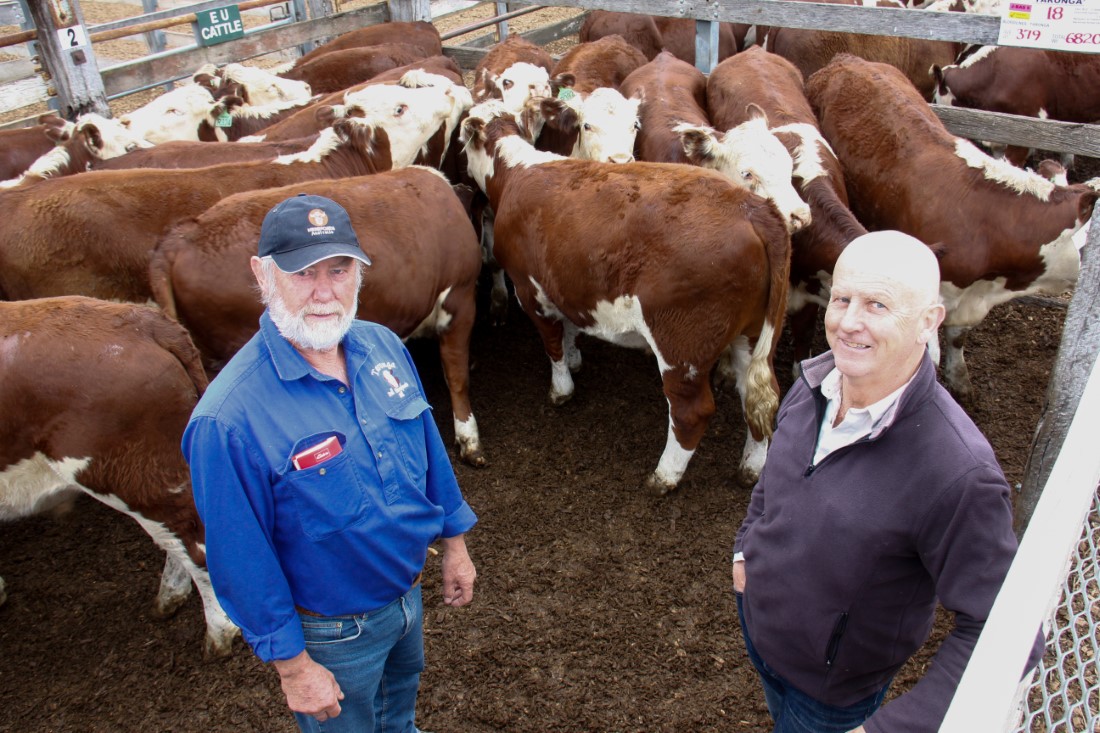