Andrew has been approached to join an International Company and has decided to accept that offer.

“Whilst I am excited at the opportunities that my new role will present, I am sad to leave Herefords Australia. I have been a passionate Hereford supporter for my entire life and believe the breed has an exciting future.

“I would like to take this opportunity to thank the Board, Staff and Members of Herefords Australia. I have thoroughly enjoyed the six years I have spent with the company as Breed Development Manager and General Manager,” Mr Donoghue said.

During his time as General Manager, Andrew’s insight has been instrumental in the implementation of an updated Constitution and governance platform, the introduction a single step full multi-trait BREEDPLAN analysis (a world first), implementation of BREED OBJECT V6 (and a move to production-based indexes) and the establishment of a biennial Breed Forum.

More recently, Andrew and the current Board are in the process of developing and implementing a strategic marketing plan for Herefords Australia that will allow an exciting future for the breed.

The HAL Board has put in place a recruitment process in seeking Andrew’s replacement. 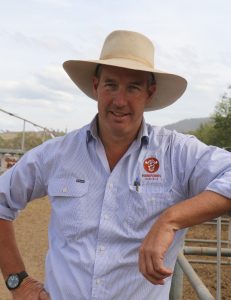