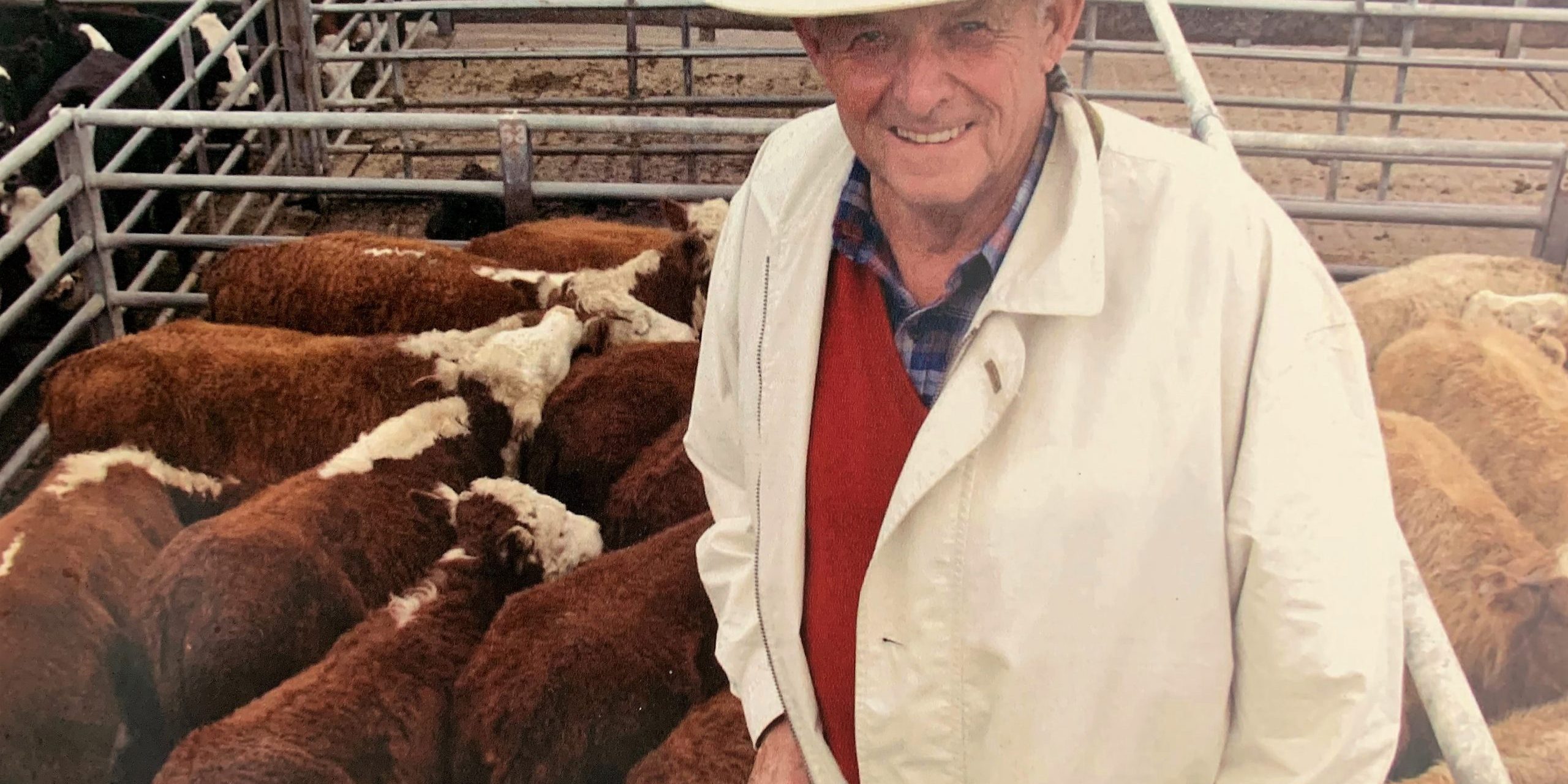 Well know Hunter Valley cattleman, Bob Miles, formally of “Strathmore”, Rouchel and the Bingeberry Hereford Stud, passed away at 91 years of age, on Sunday, 10 January, 2021. He was a life member of Herefords Australia.

Bob was born and bred at “Buraduc” on the shores of  Myall Lake near Forster on the northern coast of NSW.

He married Marion McMullin in 1954 and moved to Rouchel in the Upper Hunter Valley, N.S.W. At this stage they commenced to build up a large and very successful dairy on the banks of the Hunter River outside Denman.

Property improvement and expansion were an important focus during his lifetime involvement on the land. At this time, their beef cattle enterprise was growing at Rouchel.

Bob, Marion and son, Keith, commenced the Bingeberry Hereford Stud at Rouchel, in 1979 trading under McMullin and Miles Pty. Ltd, with an excellent reputation for both breeding and finishing cattle for the meat trade.