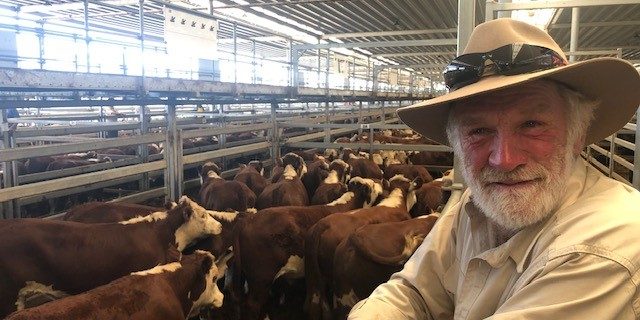 Led by a small but high-quality selection Herefords and Hereford-cross, steer weaners remained hot property on the fourth and final day of Wodonga’s January beef weaner sales that concluded on Friday at NVLX Barnawartha.

Carrying EU-accreditation, these were sold for the equal top of the market at $1970 a head or 467c/kg to specialist interstate lot-feeder, Princess Royal, Burra, South Australia.

Watch the Herefords sell at Wodonga on Day-4 Here

Operating a breeding herd of 400, Mr Trethowan utilizes bulls of various bloodlines all of which are traced back to Hereford sire line leaders including Sharka, Panasonic, Ultrasonic, Vice Admiral and Magnum.

He said close scrutiny and utilization of the superior traits from these sire-line leaders has enabled him to breed his own bulls from superior females within his own herd that best suits his country, operation and end user requirements.

Mr Trethowan told Herefords Australia he was much happier with the results of his sale this year as his cattle were secured by restockers where his program is targeted whereas last year they were purchased by a feedlot for backgrounding.

Another long-term white-face breeder with generational connections to the Hereford breed through his grandfather was Mansfield cattleman, Tony Reardon.

Mr Reardon offered for competition his highly regarded Brooklyn Pastoral line of Glendan Park-blood Herefords that over the years have influence to Mawarra and Ardno bloodlines.

Mr Readon said he has remained faithful to the white-face breed because they perform well, especially in hard times.

We graze our cattle on good flat country around Mansfield, not in the hills Mr Reardon said. “It has improved pastures with Phalaris and our calves have gotten heavier over the years”.

He said he spends upwards of about $10,000 to buy good bulls “so when you spend the money you can get the results”.

“The lighter calves definitely looked more buyable but not at my money… northern money” he quipped.

However, heifers he said continued to sell up the mark of the previous day with plenty of heifer sales realizing the same money per kilogram as their steer brothers.

Also sold at $1820 or 496c/kg was a yard of 13 Yavenvale-blood Hereford steers, 367kg supplied to the market by HM Campbell, also of Bullioh.

Arworthal Pty Ltd, Jamieson, Vic, was another of the market’s larger vendor-suppliers. They sold a line of 50 Hereford/ Shorthorn steers, March/April-drop by Bowmont Hereford & Malton Shorthorn whereby their best pen of 23, 370kg, made $1800 while a second yard of 21, 313kg made $1730 or 553c/kg.

Other pens of lighter Hereford steers which displayed some buyer opportunities compared to the previous day varied in price between $1500 and $1780 and values of 460 and 575c/kg however there were next to no yards offered weighing less than 270kg.

The best priced white-faced heifers and the sisters to the award winning and highest priced steers made $1780. Offered by Bruce and Bev Campbell, Koetong and sold as a yard of 42, these weighed 381kg or 467c/kg which was the same rates as their 412kg heavier brothers. 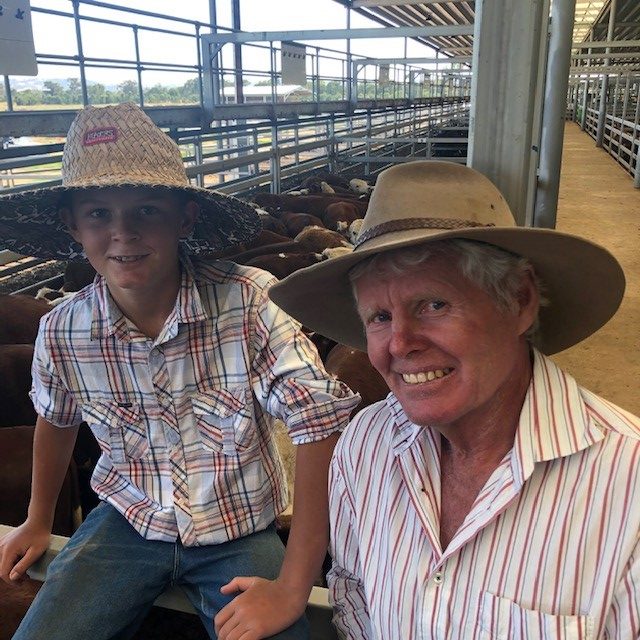 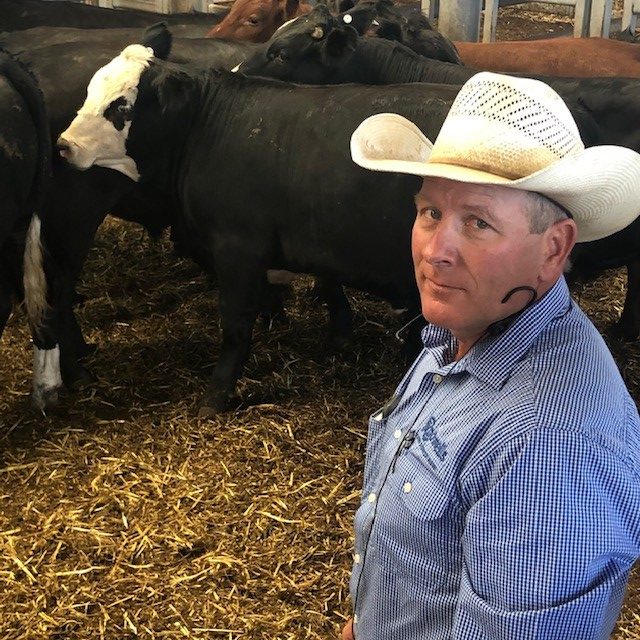 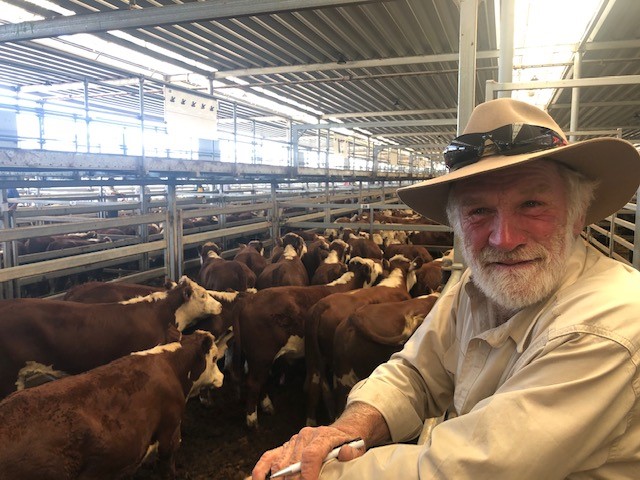 David Trethowan, Cookardina, NSW, with his Hereford line which sold to $1900/head. 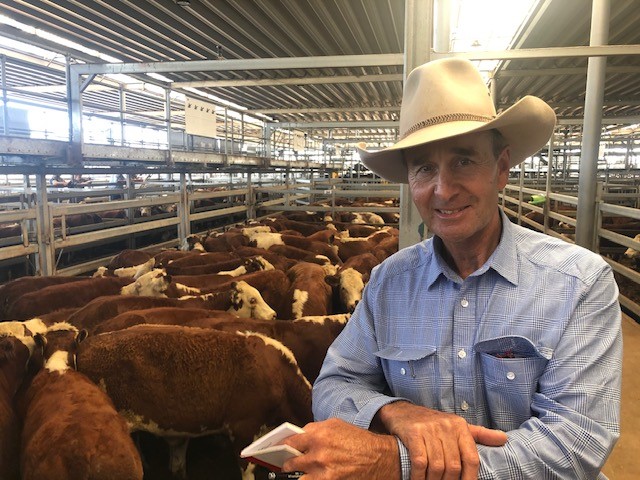 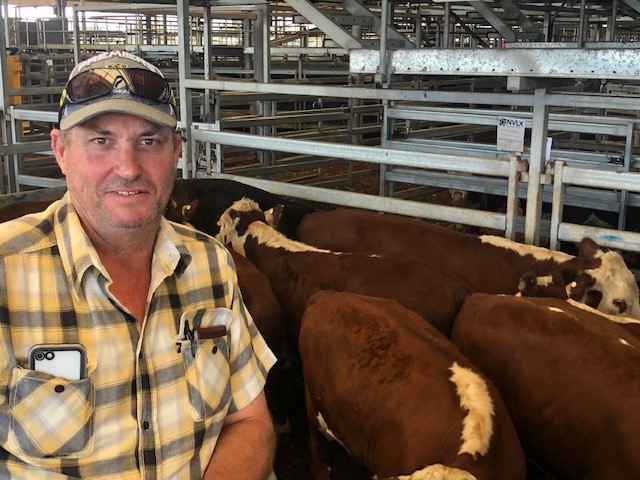