Herefords Equal to the Task at Wodonga 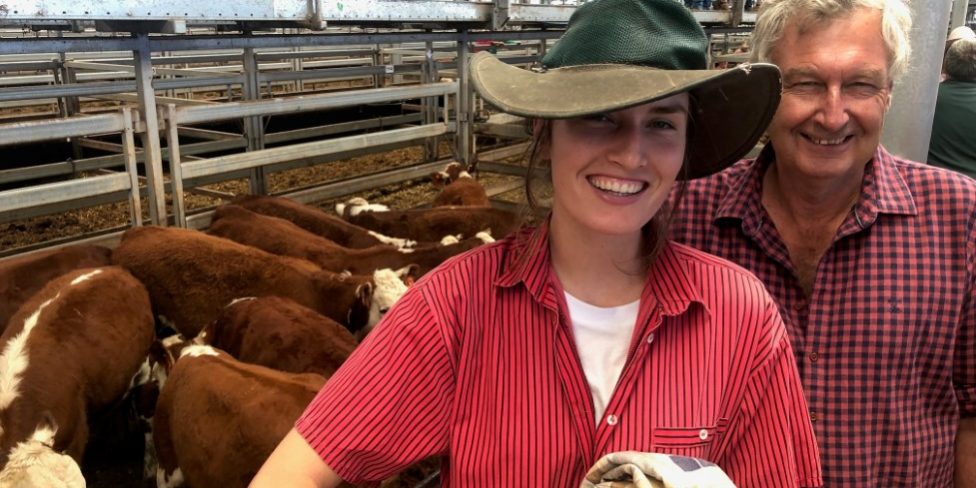 Hereford weaner prices refused into take a backwards step at Wodonga on Thursday.

Supplied by a loyal band of long-term Hereford breeders the market was equally supported by a rusted-on group of restocker whiteface enthusiasts who bid prices equal to and at times higher than compatriot breeds in light of recent sky-high demand.

“We grew up with Herefords. Our father had a Hereford stud back in the 1940’s and we see no reason to change”.

“The supply might be small but the demand is still delivering us the results”.

The Sleigh family farms 300 breeding cows at Ruffy and another 180 at their Jerilderie operation.

Brian and Gerard Kelly, “Gowrie” Kilmore East were another long-term Hereford breeder satisfied with their results that were almost double last year’s valuation.

Brian Kelly said were delighted with their result given that last year on this day fires were burning all around the northeast and choking smoke was everywhere.

“People won’t believe us but we were satisfied then with the $980 our cattle made last year”.

“It was so depressing back then so how things have changed. There is grass, grain and water to be easily found, the sun is shining, the air is clear and the only thing that haven’t changed are the cattle.

“They are almost identical and only six kilograms heavier” Brian Kelly said.

When asked how long he had been breeding Herefords Brian Kelly responded: “never ask a woman her age but if you need to know close to 70 years and I have no desire to change”.

And when asked how long he had employed Tarcombe bloodlines he said about 20 years:

“I buy my bulls from Tarcombe, I have Tarcombe Merino sheep genetics and if they bred dogs I would buy them from them also” said Mr Kelly.

“I just like the way they do things, it’s always right”.

A second-time seller of Hereford but with a long-time exposure to the breed was Cecily Trickett of Morven, near Culcairn, NSW.

She took over the ownership and management of her property and herd from her late aunt, Isabel Webb when she passed two years ago, aged 101.

She was recognised by Herefords Australia two years before she passed as being the oldest commercial Hereford breeder in Australia, Ms Trickett said of her aunt.

“I worked beside her more many years so the breeding game and my love for the Hereford is not altogether new to me” she said.

The supply of Hereford heifers was sparce on the day with the top money of $1535 paid for a yard of 18 Rosstulla-blood, 322kg, offered by Bruce Pritchard, Tallangatta Valley. 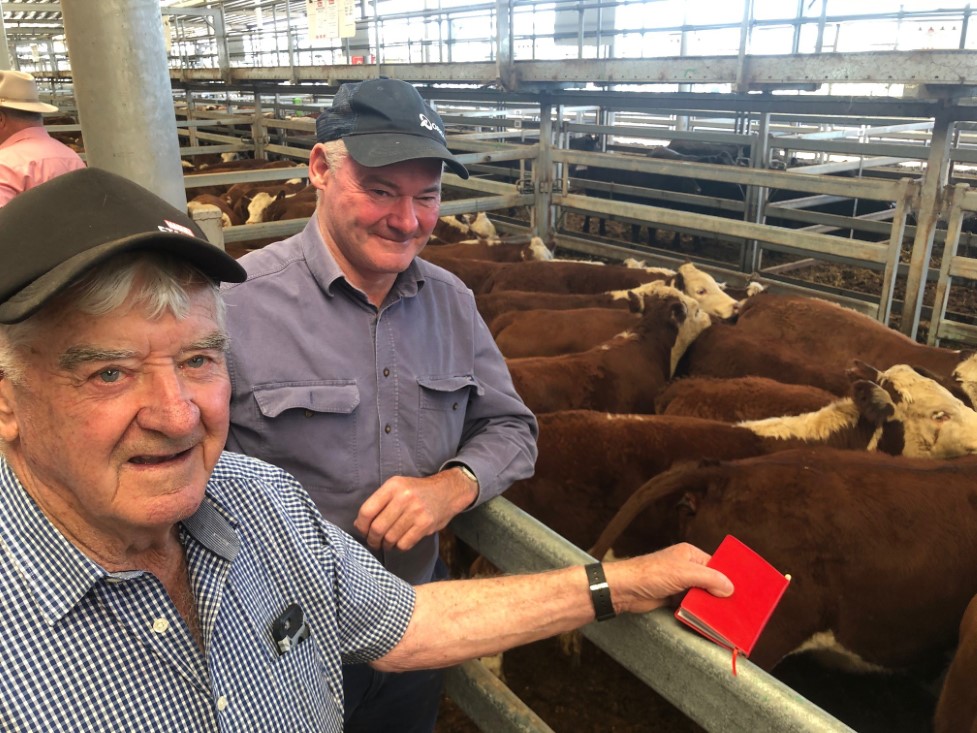 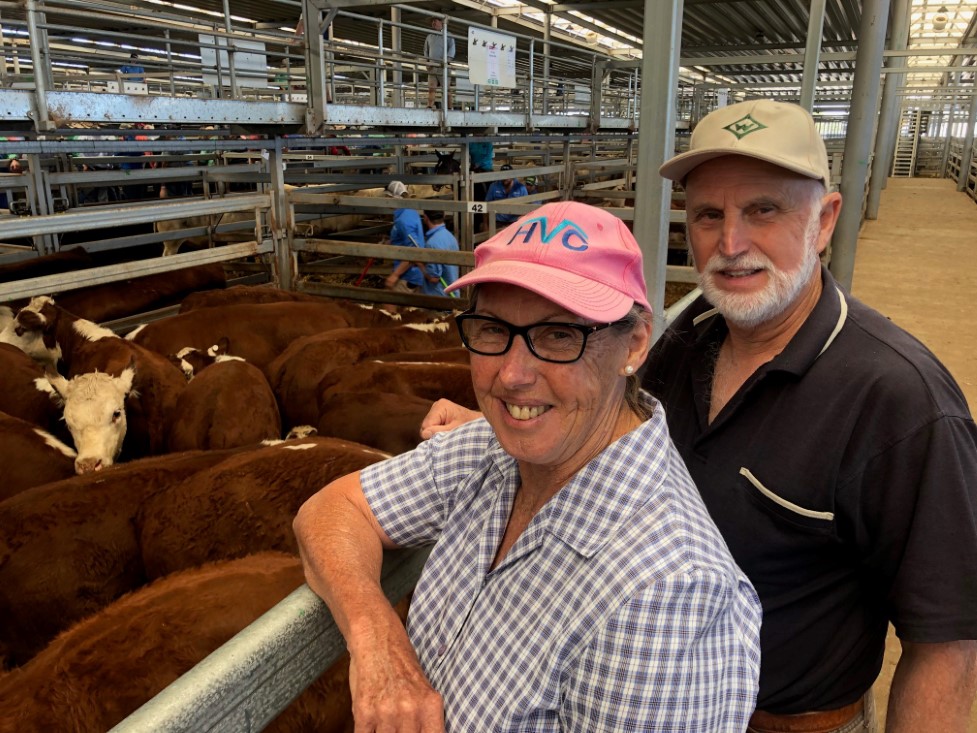 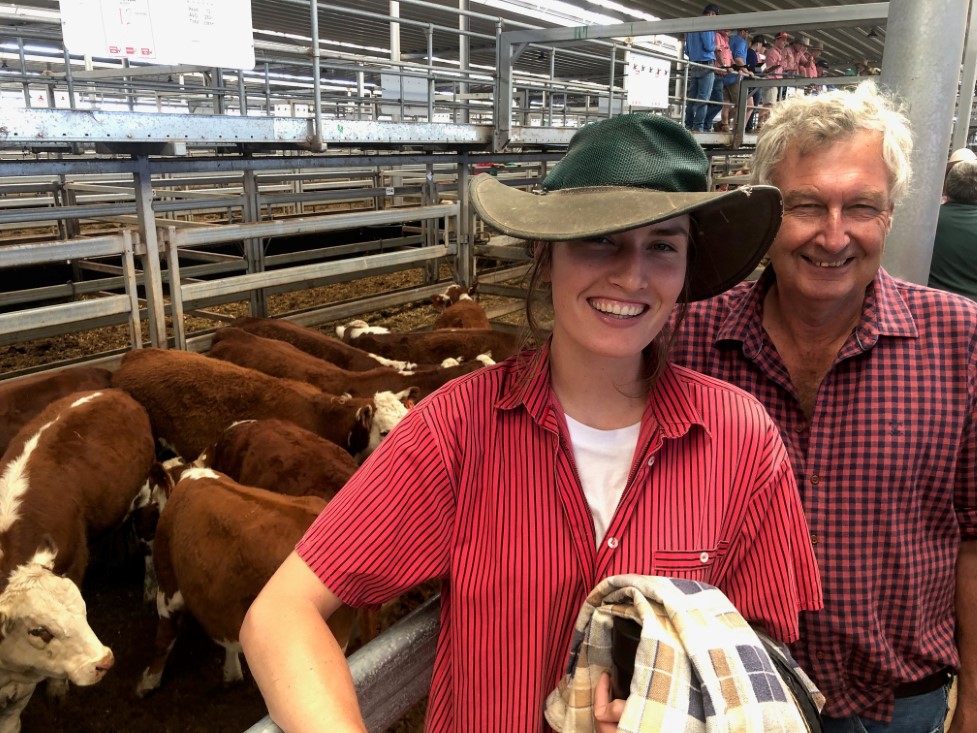