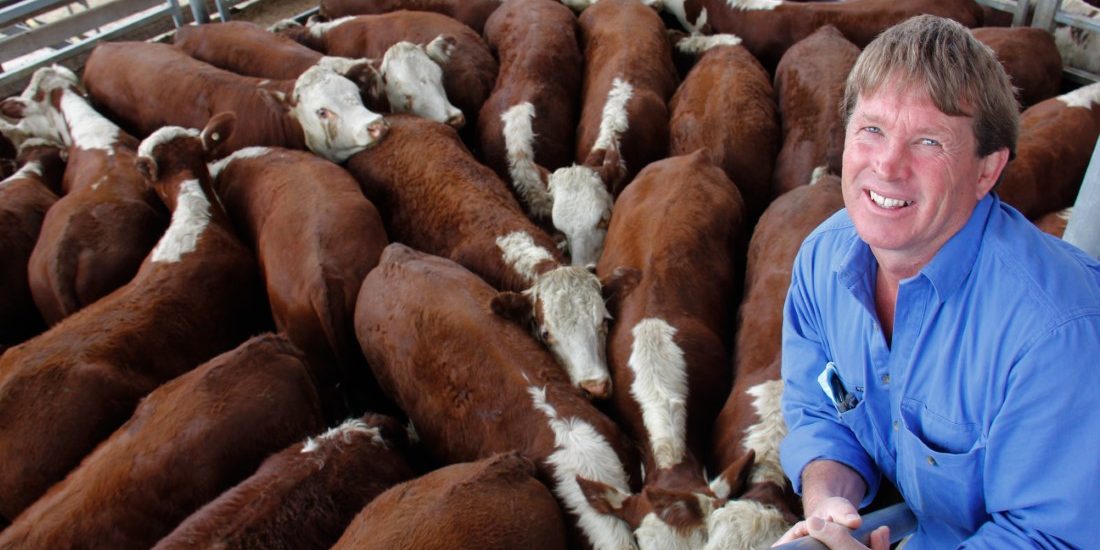 Rain and the return of paddock feed across Eastern Australia has made Herefords the most valuable calf breed on a per kilogram basis to be sold at Victoria’s premier Western District sales this New Year.

Independent figures put out by the Hamilton Livestock Exchange – the saleyard hosting the major store sales in the region – shows Herefords at the top of the table on a liveweight basis.

Abundant feed across NSW and Queensland has underpinned the result, as restockers show faith in the breed to perform off grass and fit the growing market for natural grass-fed beef programs.

Split over three days of selling, all calves are curfewed and weighed at Hamilton and bidding is in cents per kilogram rather than the traditional dollar per head used at most store sales.

Price results from the main sales, which included feature runs of British and European-sired calves, were:

Herefords and whiteface cattle have also posted what is believed to be the highest cents per kilogram average for a special store sale in Victoria when 1079 calves averaged 525.7c/kg at Casterton on Wednesday morning.

The yarding did have a lighter run of weaner steers, the average weight being 306 kilograms. The dollar per head average was $1609.

Bidding at this sale soared to 644c/kg lwt for Hereford calves under 240kg – the first time many farmers and agents had seen rates go over 600c at a physical auction. 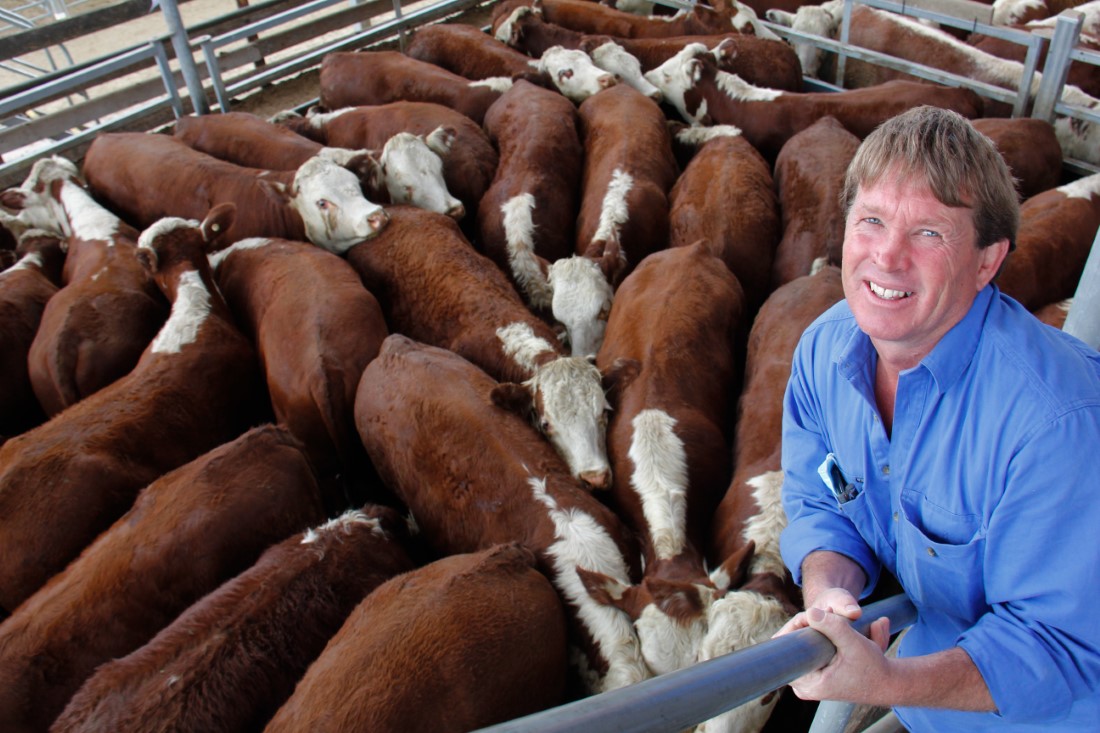 Leon Wheeler, Wallacedale, with his lead draft of 30 Hereford steers which topped today’s Hamilton weaner sale at $2039 per head. The 30 calves were EU accredited and weighed 424kg, selling for 481c/kg liveweight. They were judged the Champion pen.