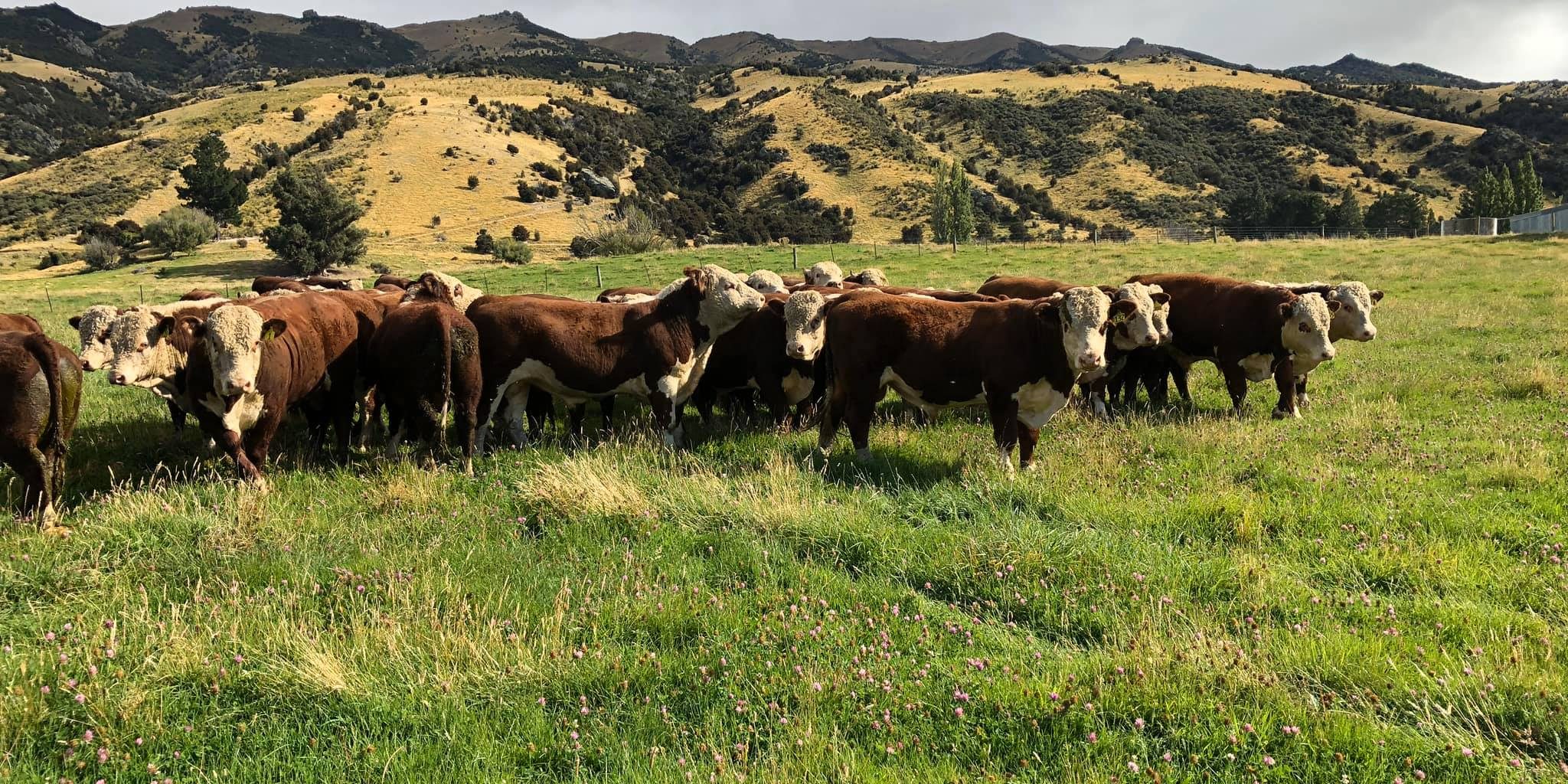 The 2020 World Hereford Conference (WHC) was held in March in Queenstown, New Zealand.

Over 60 delegates from Australia attended the conference which included a wide range of informative topics and agricultural tours.

Dr Crook’s primary role at ABRI is the testing and implementation of enhancements to the BREEDPLAN analytical software (including the use of genomic evaluation,) while Professor Garrick has been integrally involved in the development and implementation of national animal recording programmes, performance recording databases and breeding schemes internationally.

Professor Garrick also discussed the future of cattle breeding with delegates of the 2020 WHC.

Findings of the B+L Genetics NZ progeny tests were discussed by Dr Jason Archer of AbacusBio and Simon Lee of Mendip Hills Station.

The BPT involves mating about 2200 cows and heifers on five large properties across New Zealand every year, including Mendip Hills Station.

Steers are assessed on their finishing performance and carcase traits, while replacement heifers are tracked for their maternal characteristics.

Dr Rowntree’s work focusses on developing systems to increase the resilience of food production worldwide, and how grazing livestock can improve land and mitigate climate change by capturing carbon and providing other ecosystem services.

Dr Rob Banks of the University of New England discussed the use of data and the future prosperity of the Hereford breed.

Tom Schultz of Neogen Genomics spoke about DNA testing for the Hereford breed from a global perspective.

Due to unforeseen circumstances, Dr Rob Banks and Mr Tom Schultz delivered their presentations via web-link to the audience in Queenstown.

Agri-environmental analyst and commentator Dr Jacqueline Rowarth delivered a presentation on social media and science and where the future lies for the beef industry.

Each of the attending member countries also presented a report to the conference audience containing important information regarding the Hereford breed in each of their individual countries.

A field day was also held as part of the conference where delegates visited two mixed farming properties near Queenstown.

Earnscleugh Station is a 21,000-hectare property which has been owned by the Campbell family since 1862 and now runs Merino sheep, Angus and composite cattle, as well as Herefords.

While at Earnscleugh delegates heard from Dr Jason Rowntree and Professor Pablo Gregorini who discussed their latest research findings on grazing management.

The second property included in the conference field day was Locharburn Station, owned by Geof and Joyce Brown.

Locharburn is one of the few horned Hereford studs left in New Zealand, which Geof believes brings an X factor to their cattle.

While at Locharburn delegates were given a demonstration on scanning for intramuscular fat (IMF) by Bill Austin of Austins Ultrasound, and Allflex Research Scientist, Amanda Doughty discussed using Allflex monitoring systems to asses changes in animal behaviour and allow insights into animal health and welfare.

At the end of the WHC delegates attended Wanaka Show which had something on offer for everyone, including the final challenges in the WHC Young Breeder Competition.

The PGG Wrightson Gala Dinner was another highlight of the 2020 WHC with attendees treated to a delicious meal of Hereford Prime beef at the iconic Walter Peak Station. The dinner experience included a steamer boat ride on the vintage steamship TSS Earnslaw.

Mr Feeney is the current Secretary if the Irish Hereford Breed Society. In his 30+ years of service has overcome many obstacles and achieved many goals & milestones for the breed both nationally & globally.

Mr Bonico has been in the role of Secretary General for the past eight years with his term finishing at the 2020 World Hereford Conference in Queenstown.

To conclude, the host of the next World Hereford Conference was announced. The American Hereford Association will host the next conference in Kansas City, Missouri in July 2024. 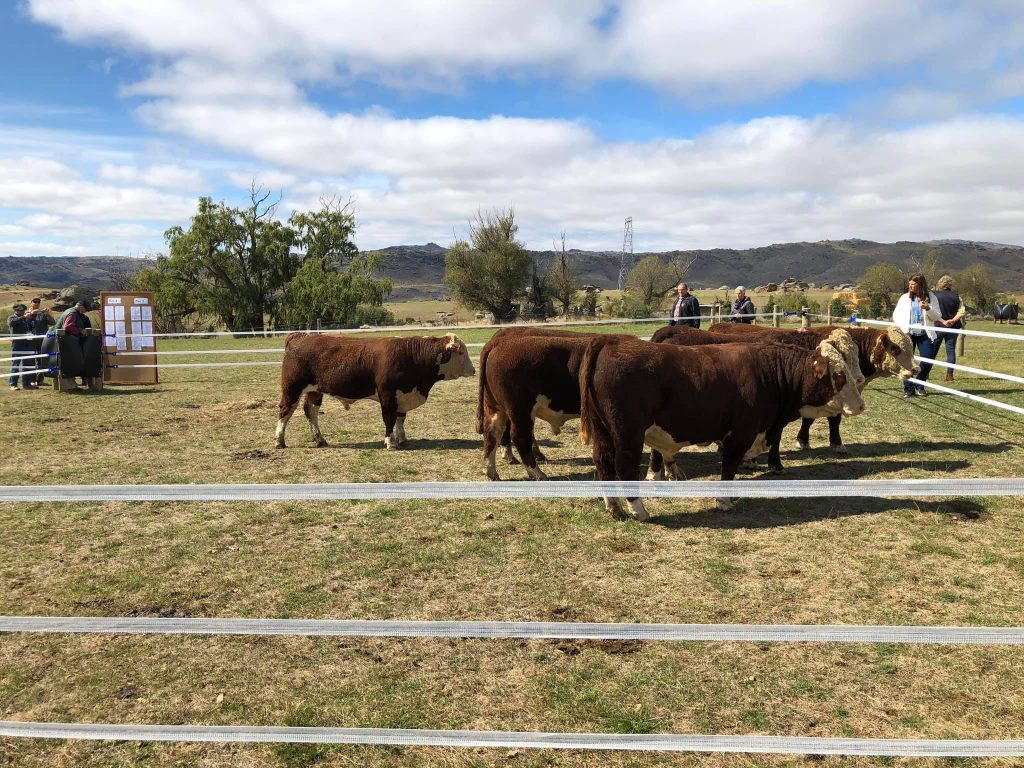 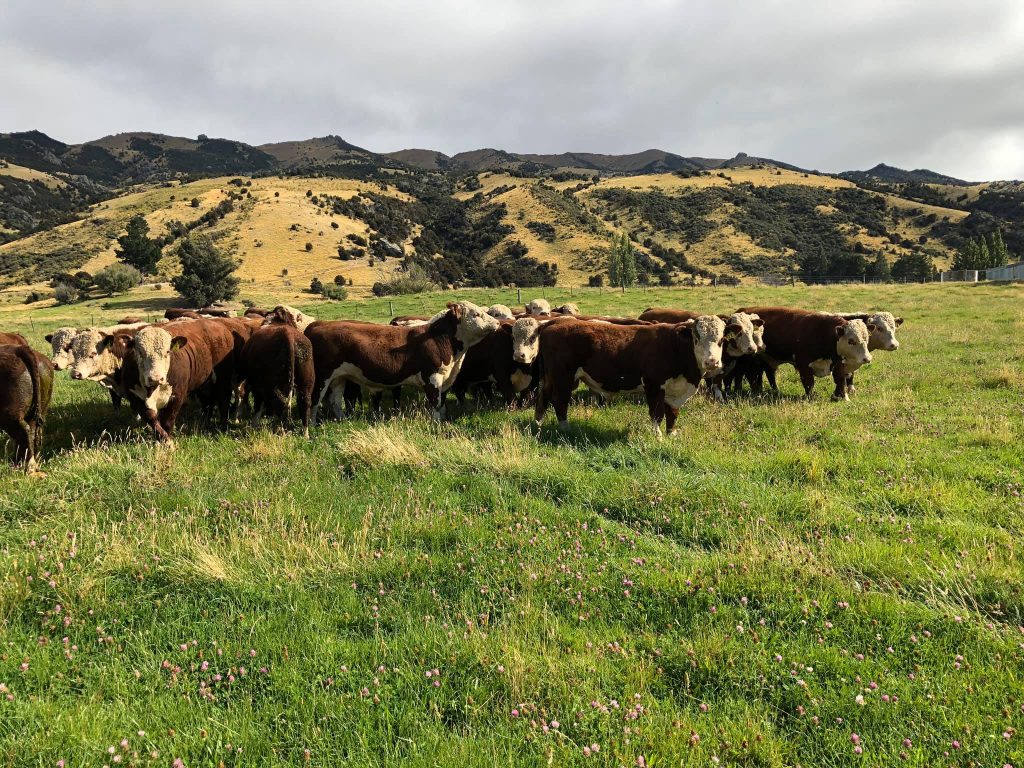