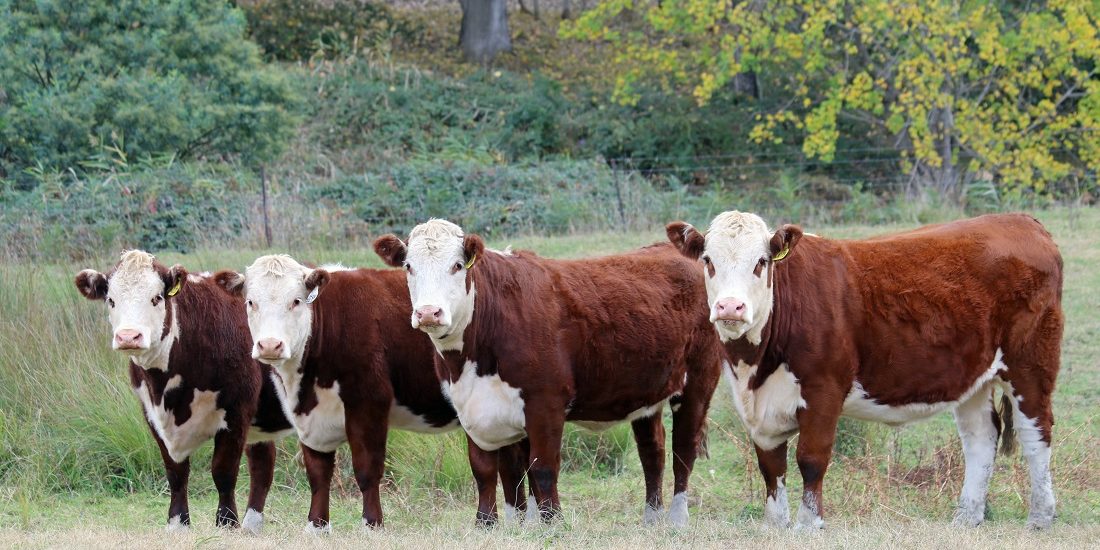 A current live export order for commercial Hereford heifers to be exported to China as breeders is paying premium rates to Hereford producers.

To meet the specifications of the order the heifers must be between 200 and 400 kilograms and be aged between eight and 16 months. The heifers also must be sired by a registered Hereford bull.

Heifers that meet the specifications are fetching $1300 plus GST, which according to Landmark International’s Andrew Wishart is currently the best beef export price going.

There is regular demand for quality Hereford breeders to be exported to China with multiple orders per year.

“Every year we’ve got a couple of customers that get a Hereford consignment.

Cattle sent on these orders must meet the China protocol meaning they have to be purchased on farm and be from a Bluetongue free zone.

According to Scott Altschwager of Elders there is usually an added premium to live export cattle as there is more processing and handling work involved to get cattle into that market.

“There’s a bit more to it than just selling to a feedlot or to a store sale, the premium makes the extra work worthwhile,” Mr. Altschwager said.

However according to Mr. Altschwager, the current order has relatively broad specifications regarding the weight and age of the cattle, making it an easy target market which is of benefit to the breeder.

There is also a premium for heifers as quality breeding stock are scarce at the moment due to the seasonal turnaround; breeders are retaining their females and there’s strong domestic demand.

“It’s a good opportunity for the Hereford breeder if they have marketable cattle available,” Mr. Altschwager said.

Jeremy Upton of Yarram Park Herefords is delighted to see such strong premiums being paid for Hereford heifers.

“It’s fantastic, it’s a terrific price for young heifers and they’re going into a future breeding program in China, not being processed,” Mr. Upton said.

According to Mr. Upton the Chinese are choosing pure Herefords as breeders over other British breeds as they have previously had good results with Herefords.

“[The Chinese] have had good experiences with Herefords in the past and they like them,” Mr. Upton said.

Many southern Hereford producers have opted to sell their heifers for the higher live export prices this year rather than selling at weaner sales.

This has led to smaller heifer numbers in saleyards and premium prices for those heifers that are sold through the yards to domestic buyers.

“We’ve got clients selling heifers on the export order and we put 100 head on the order today too,” Mr. Upton said.

Mr. Altschwager is pleased to have good opportunities to present to Hereford breeders regarding price premiums and describes the market as “really good for the breed.”

According to Mr. Altschwager the live heifer export market is a well-accepted market opportunity across the Hereford breed and breeders are genuinely interested in where their cattle are going.

“It’s pretty exciting at the moment for the Hereford breeder,” Mr. Altschwager said.