Sisters Build Their Hereford Dream Despite Drought and Study Challenges 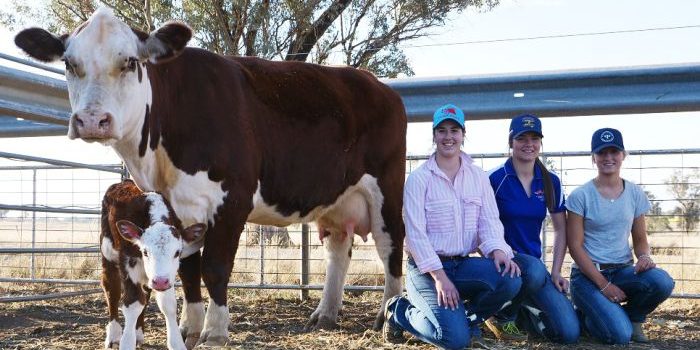 Sisterly bonds are one of life’s most precious relationships and any number of things can strengthen them.

For three sisters from New South Wales, it is a love of Hereford cattle and a big dream to own a stud that has brought them closer.

Twenty-year-old Sophie Cooper and her sisters, Jacinta, 18, and Leisl, 16, have been working together to establish their Hereford stud at their family property near Tamworth.

Despite the drought, and the added stresses caused by school and university, their breeding herd has come along nicely.

It all began in 2014 when Jacinta won a Hereford heifer, now their foundation breeder.

“I took her to a few shows and then she had her first calf and then my sisters started getting involved,” she said.

“They keep having calves and we keep growing and building and then selling a few bulls and steers from that.”

Since then, the sisters have had to traverse challenges including drought and the tyranny of distance as they study at school and university.

“Even though we are hours and hours away [from each other] just keeping in contact and staying on the same page helps,” Jacinta said.

“We all know what’s going on and what we’re going to do next so then when we are all together on uni holidays we can put it into action.”

For the past five years the Cooper sisters have been showing their cattle, purchasing heifers, networking with other breeders, and expanding their stud.

“We’ve come quite a long way, we’ve met heaps of people, and we’ve started to understand the genetics and breeding lines out there,” Sophie said.

For the love of Herefords

The girls’ parents ran a commercial beef operation and the girls’ love for the Hereford breed began from an early age.

The breed, which originated in Herefordshire in south-west England, was first imported into Australia in 1826.

“When I was little — it was just the way they looked and their colouring — I was like ‘That’s the breed I’m going to have’,” Sophie said.

The girls have found the cattle docile, hardy, and easy to prepare for showing.

“They have excellent calving ability as well, as you can see when our cows are having all these calves now and we don’t have to pull them,” Sophie said.

She said they found the breed was easy to market in more southern areas.

“There are a lot of breeders in this area, [so] there’s always someone who wants a Hereford,” Sophie said.

“There are so many youth members around too, with the Hereford and Poll Hereford Association, and it’s great to be able to connect with people our own age who have the same goals and the same cattle.”

Continuing to grow a young stud operation is no easy feat during the prolonged drought in NSW and elsewhere.

However, that has not stopped the Coopers’ determination to keep building their stud and to plan for the future.

In fact, the drought has provided an important learning curve for the sisters.

“We’re learning a lot about the nutrition side: what’s going to help, what’s going to be the most efficient and cost-effective way to keep our cattle in good condition,” Sophie said.

“We’ve learnt resilience and how to work as a team more.”

In another decade they hope to be well on their way to breeding their ideal Hereford.

“Hopefully we are in the midst of producing cattle that are feed-efficient, good doers, good milkers and [with] a lot of great carcase qualities,” Sophie said.

“Our main goal is to feed the world in the most efficient way possible.” 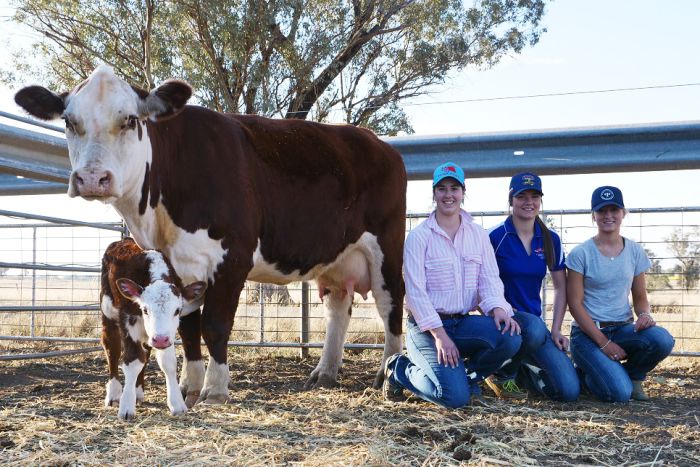 (L to R) Sophie, Jacinta, and Leisl Cooper are determined to have a future in the Hereford industry. (ABC Rural: Lara Webster) 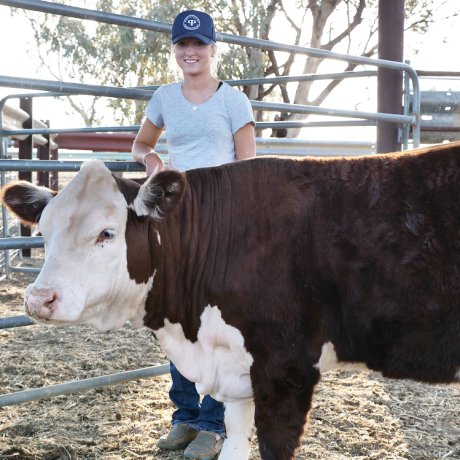 Leisl Cooper won this Hereford heifer, which will be another important breeder as they build their herd. (ABC Rural: Lara Webster) 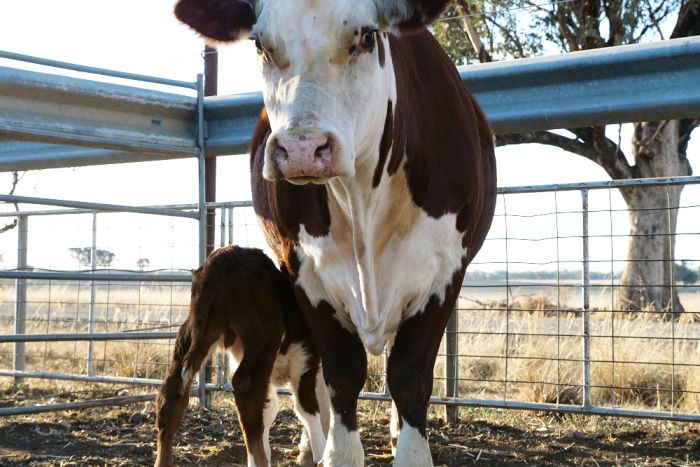 This Hereford cow is the foundation breeder for the Cooper sisters. (ABC Rural: Lara Webster) 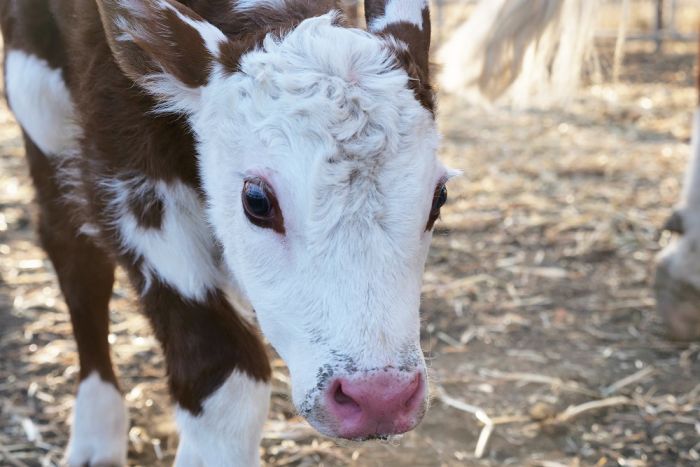 The sisters have been building their herd and refining genetics since 2014. (ABC Rural: Lara Webster)
Category: News17 September, 2019