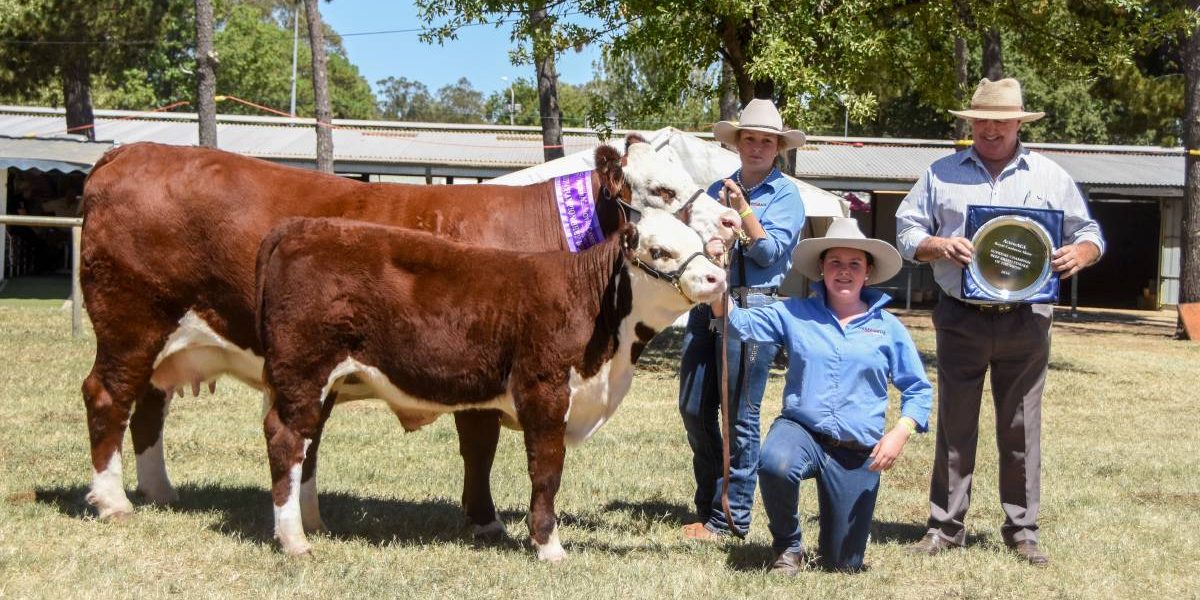 Supreme champion interbreed female at the 2019 Canberra Royal Show has been awarded to Cloverlee Cherry Ripe K165, exhibited with her bull calf, Cloverlee Cherry P150 by Ken and Elizabeth Ikin of Cloverlee Herefords.

This was the fourth year the five-year-old cow had been exhibited at Canberra, having been awarded supreme Hereford female at each previous show, however this was her first interbreed win.

Ken Ikin was delighted with the win, deeming the interbreed championship “a pretty big thing”.

“We first started exhibiting at Canberra in 2006, we’ve had supreme champion Hereford results, but not interbreed.” Mr Ikin said.

“She is a cow that certainly can hold herself up in tough conditions,” she said.

“A really thick, feminine female. She really is moving around well and doing a tremendous job on that calf. Just an outstanding pair.” Ms Wheeler said.

Moderately framed females suited to a colder climate are a particular focus for the Cloverlee stud, which is located in Bannister, NSW.

“We live in a cold climate, so we need moderately framed cattle that can carry a lot of weight.

“Cherry Ripe’s frame suits our cold climate where we can have day after day of minus eight degrees.

“Cattle that are too big framed can’t thrive in our harsh environment.” Mr Ikin said.

The Ikins tend to focus more on showing their female herd than the bulls as Mr Ikin believes that the females are the most important part of the breeding program.

Herefords are renowned for their maternal traits and doability in tougher conditions, which was reflected in the result on show day.

“To have three judges at Canberra from other British breeds put the Hereford first speaks for itself, and to receive positive comments from other non-Hereford breeders on the day was very humbling.” Mr Ikin said.

Members of the Youth program are an important part of the Cloverlee show team, with Hereford Youth members Savannah Boutsikakis leading Cherry Ripe and Sarah Seaman leading the calf.

“Youth are extremely important to us, if we didn’t have Youth involved we wouldn’t still be showing.” Mr Ikin said.

It was a big day for Savannah Boutsikakis with her own Hereford female; Cloverlee Almond Blossom being awarded the junior champion female sash in the Hereford classes.

Mr Ikin was equally as delighted with this result, having donated the heifer to Savannah last year.

“It is so important that we support the Youth, the Youth are the pinnacle of our breed.” Mr Ikin said.

Having now taken out the supreme interbreed title at Canberra, Cherry Ripe K165 will be retired from the show ring according to Mr Ikin.

“She doesn’t owe us anything, she’ll have a life of luxury now.

“She’s had a heifer calf and two bull calves, and she is in calf again and we’ll continue on with that family.” Mr Ikin said. 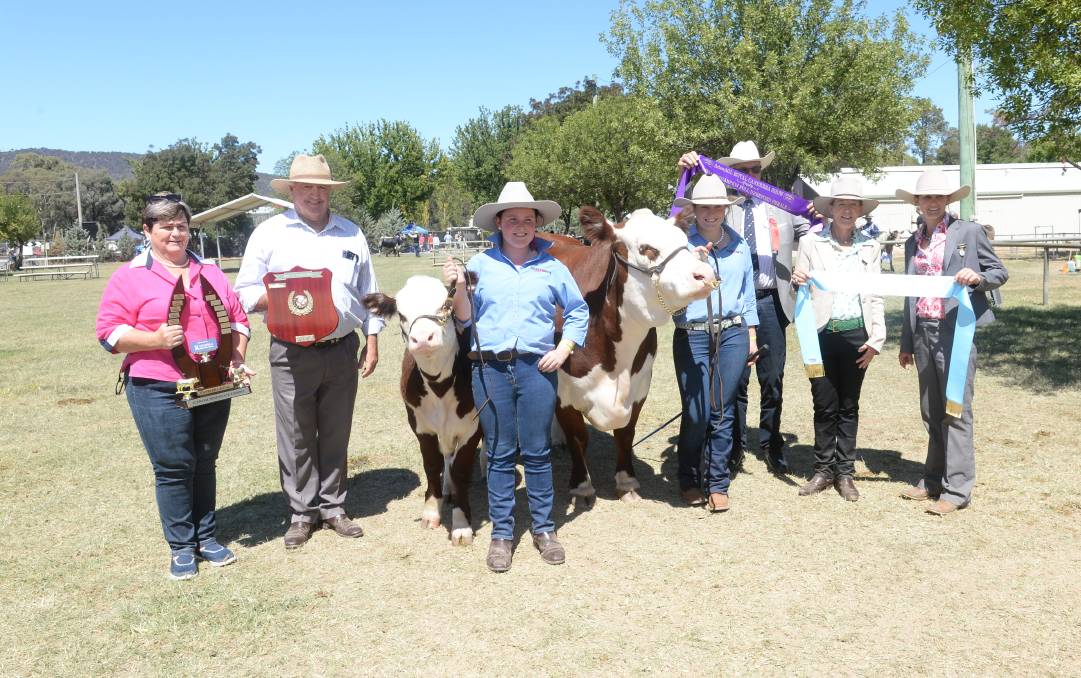 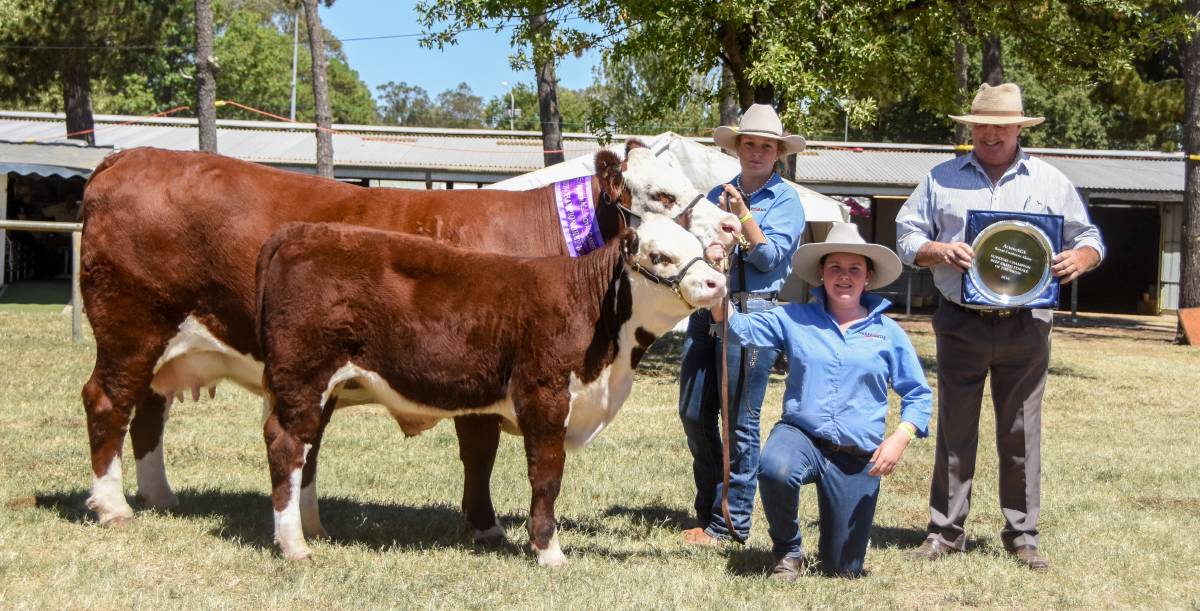 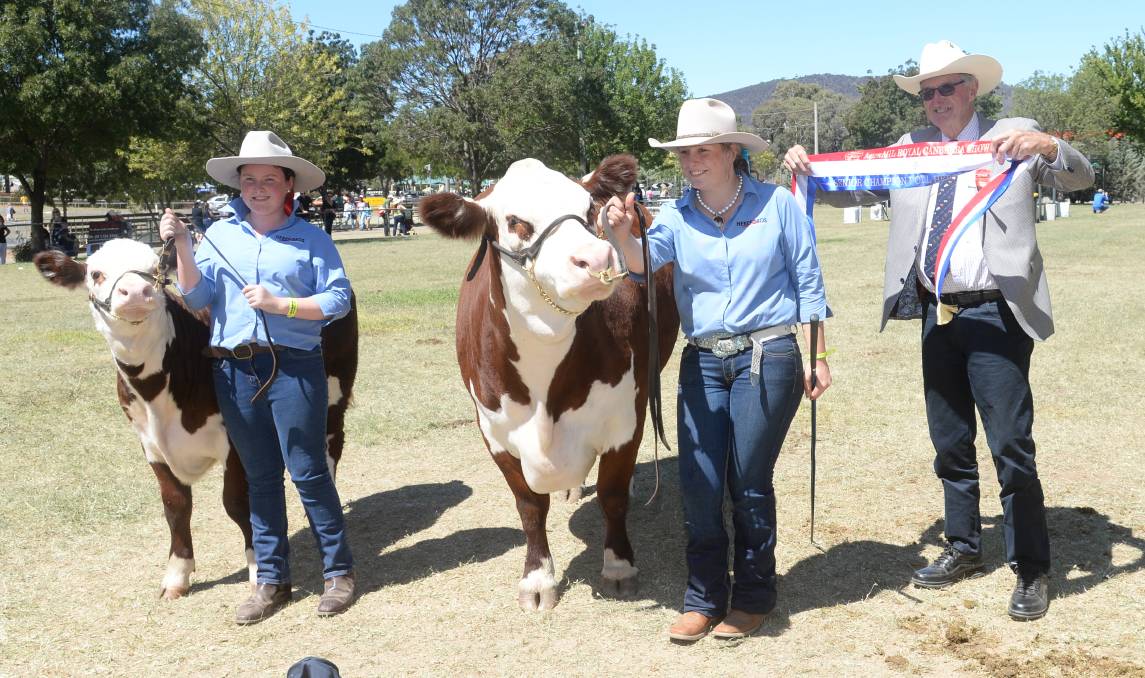