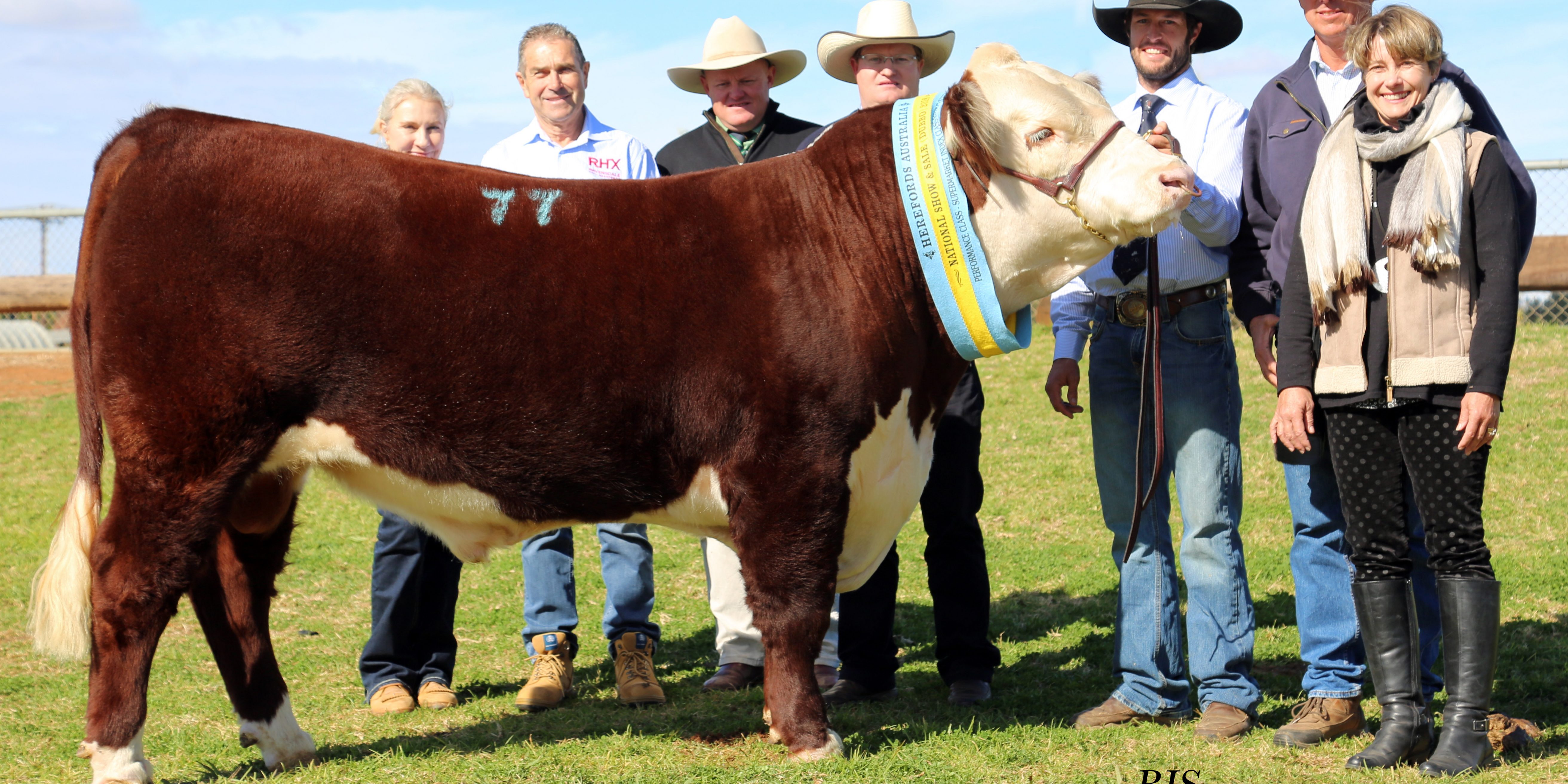 “He was correct, sirey and had some style about him with growth figures in the top one per cent, positive calving ease and marbling in the top five per cent, all combined with a proven pedigree,’’ Mr Reid said.

“It was an opportunity sale, it was a good draft of cattle and I congratulate the (vendors) in what they’ve done in getting the bulls to Dubbo, but it’s been a trying season conditionally,’’ Mr Settree said.

“It was a hard day and the sale result didn’t reflect the quality that was here.’’

Sired by Otapawa Spark 3060, Ravensdale Westward M035 weighed 896kg, scanned at 127sqcm on the eye muscle area, and had a 40cm scrotal circumference.

The February 2016 drop bull had a BREEDPLAN estimated breeding value of +4.1sqcm for eye muscle, intramuscular fat percentage of two and birthweight of +4kg.

Ravensdale Poll Herefords averaged $15,500 for their team of four bulls, following on from a strong average at Wodonga for a catalogue of 17 bulls.

Mr Burgess said the market acceptance was a vote of confidence in the stud’s breeding program.

“We’ve harvested and placed over 1000 embryos to get genetic gain every year – it’s been a big cost but we’ve got a great foundation,’’ he said.

Among the volume buyers on the day was the Lethbridge family, Warren Point Pastoral, Mitchell, Qld, with five bulls to a top of $11,000. 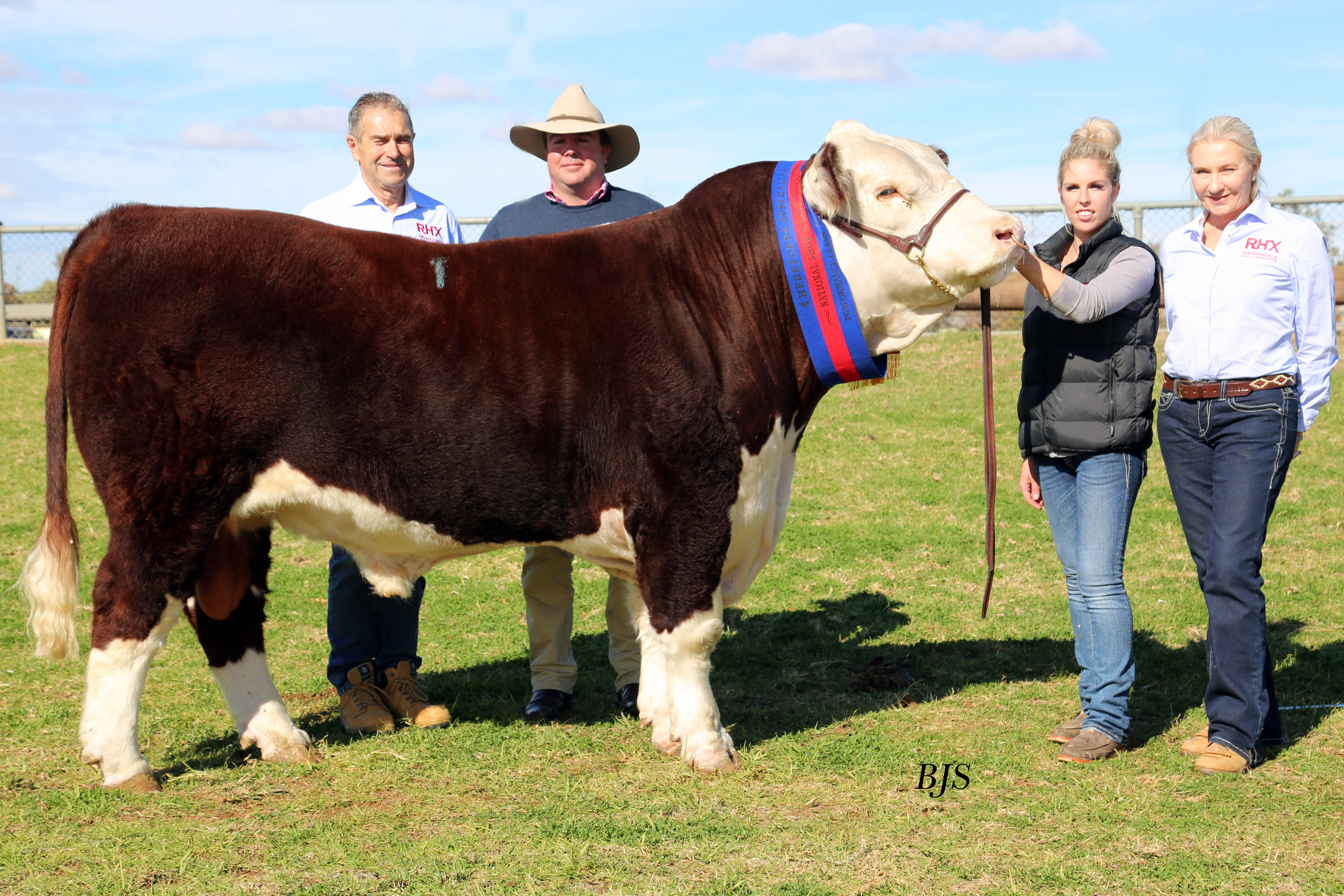 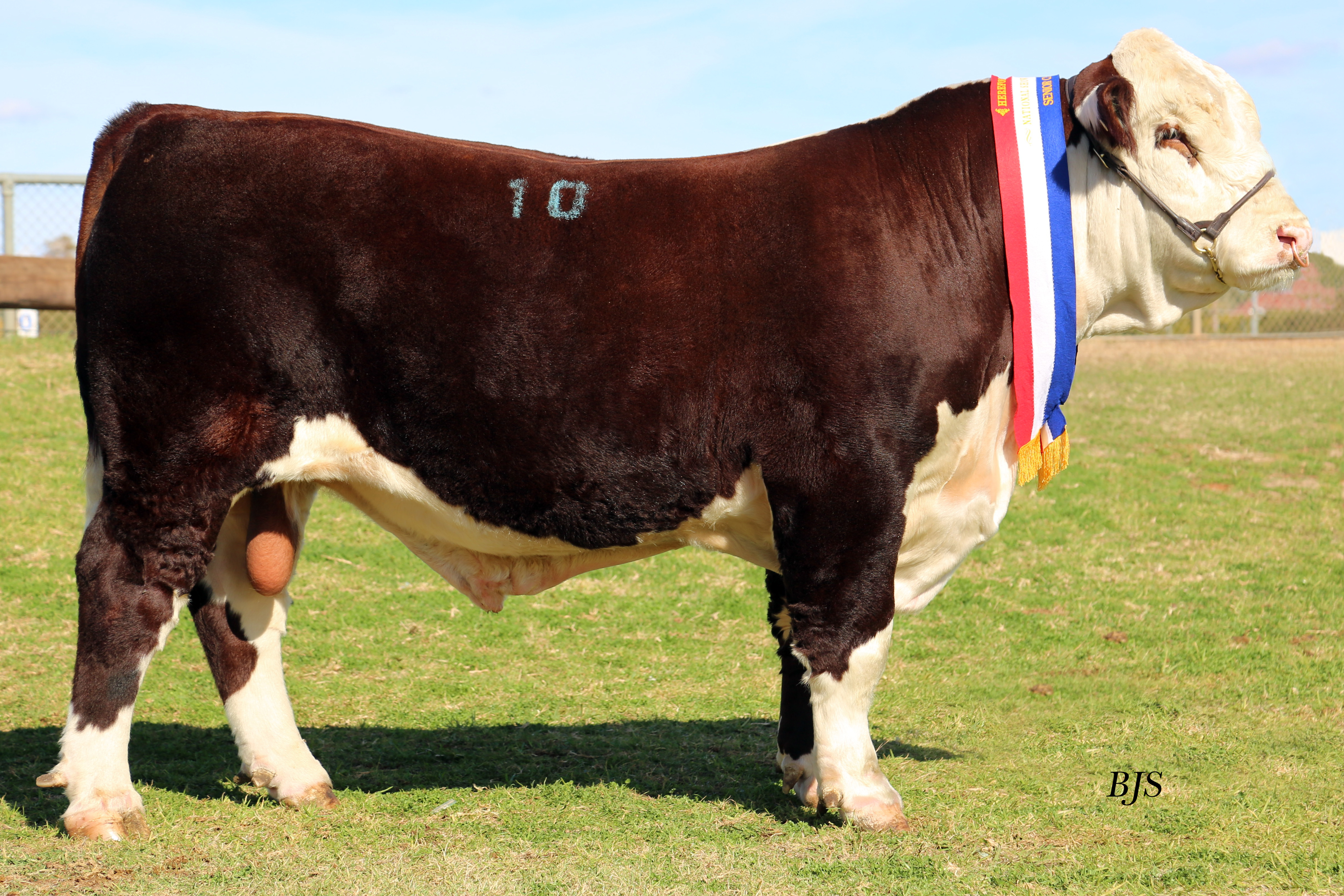 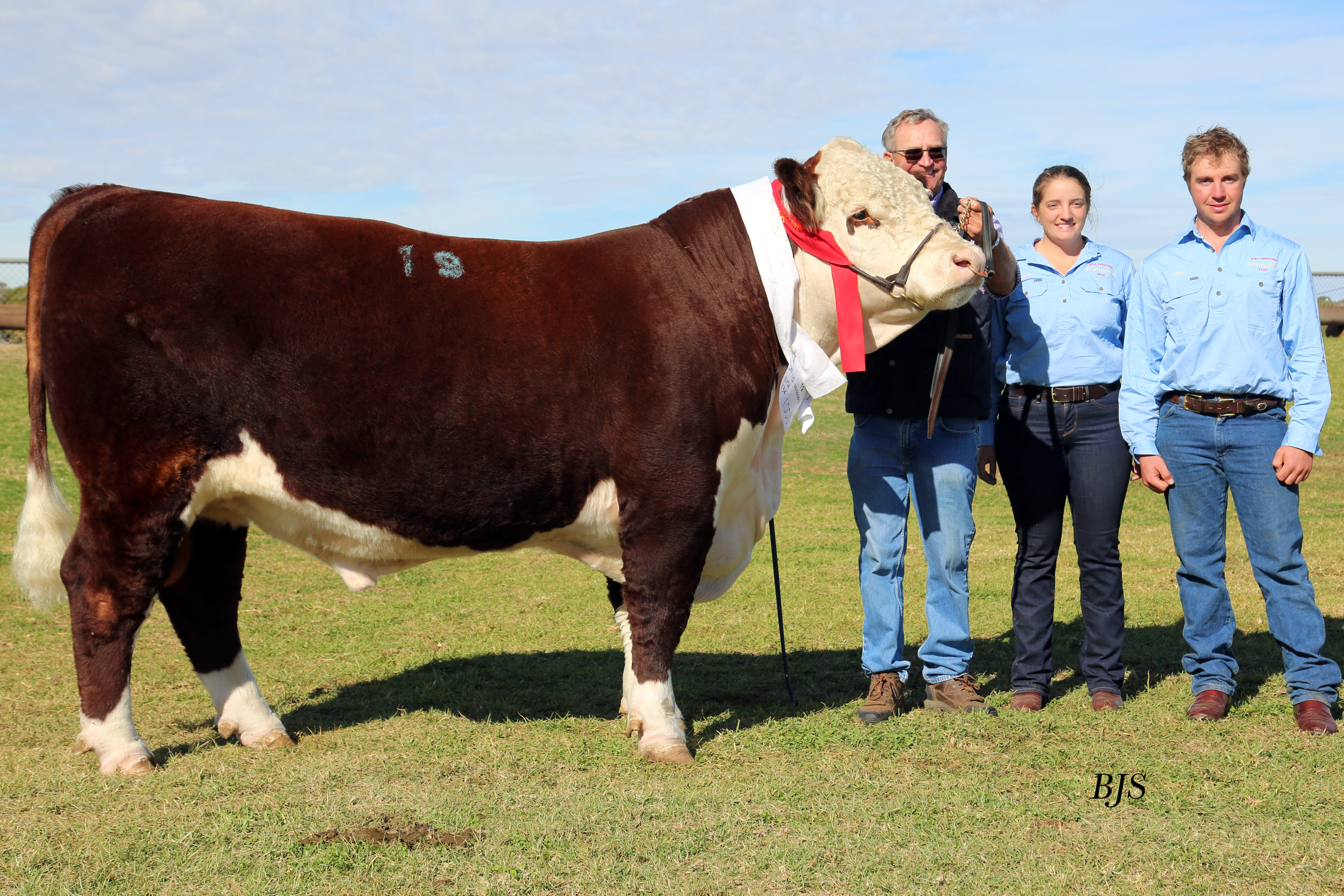 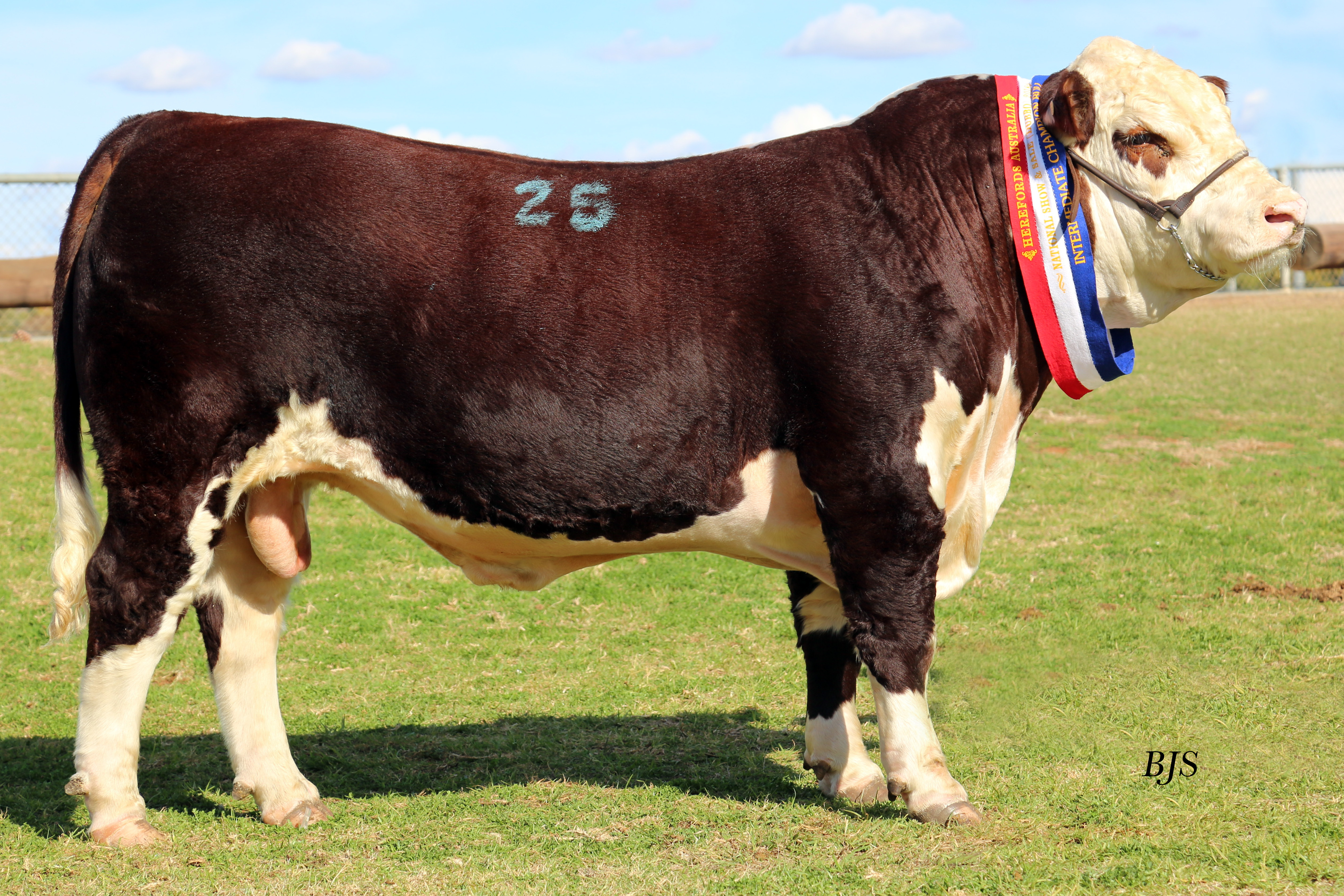 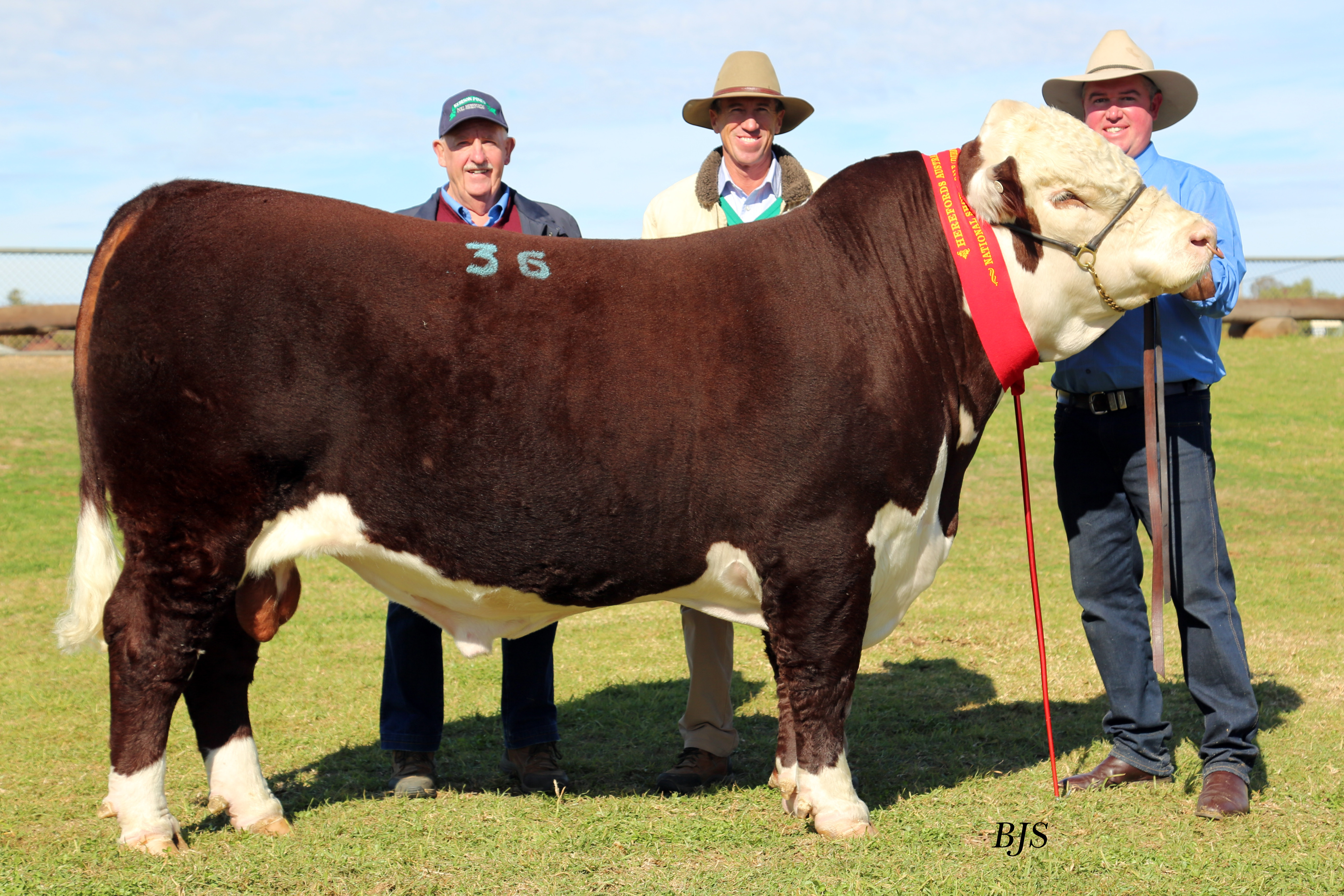 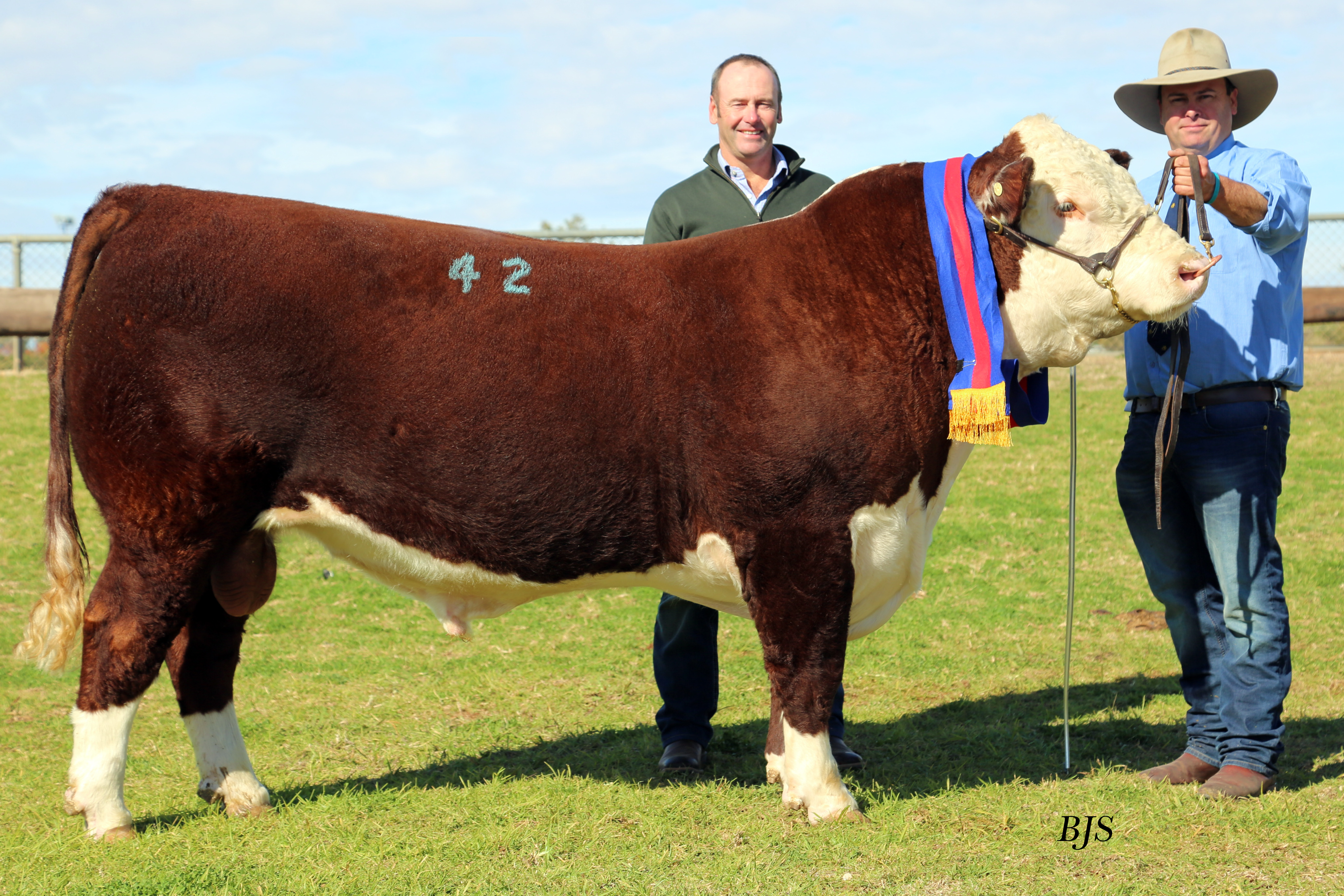 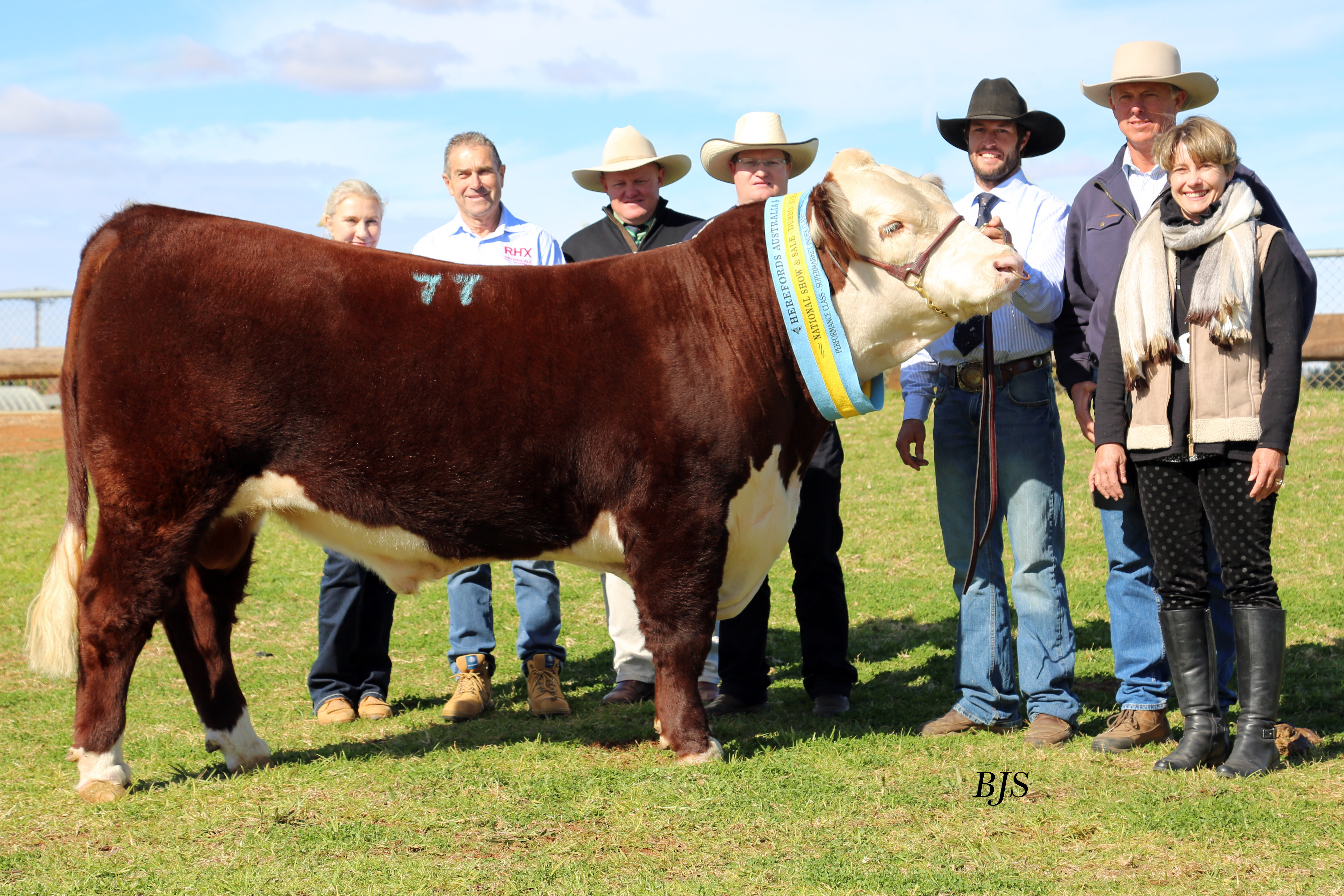 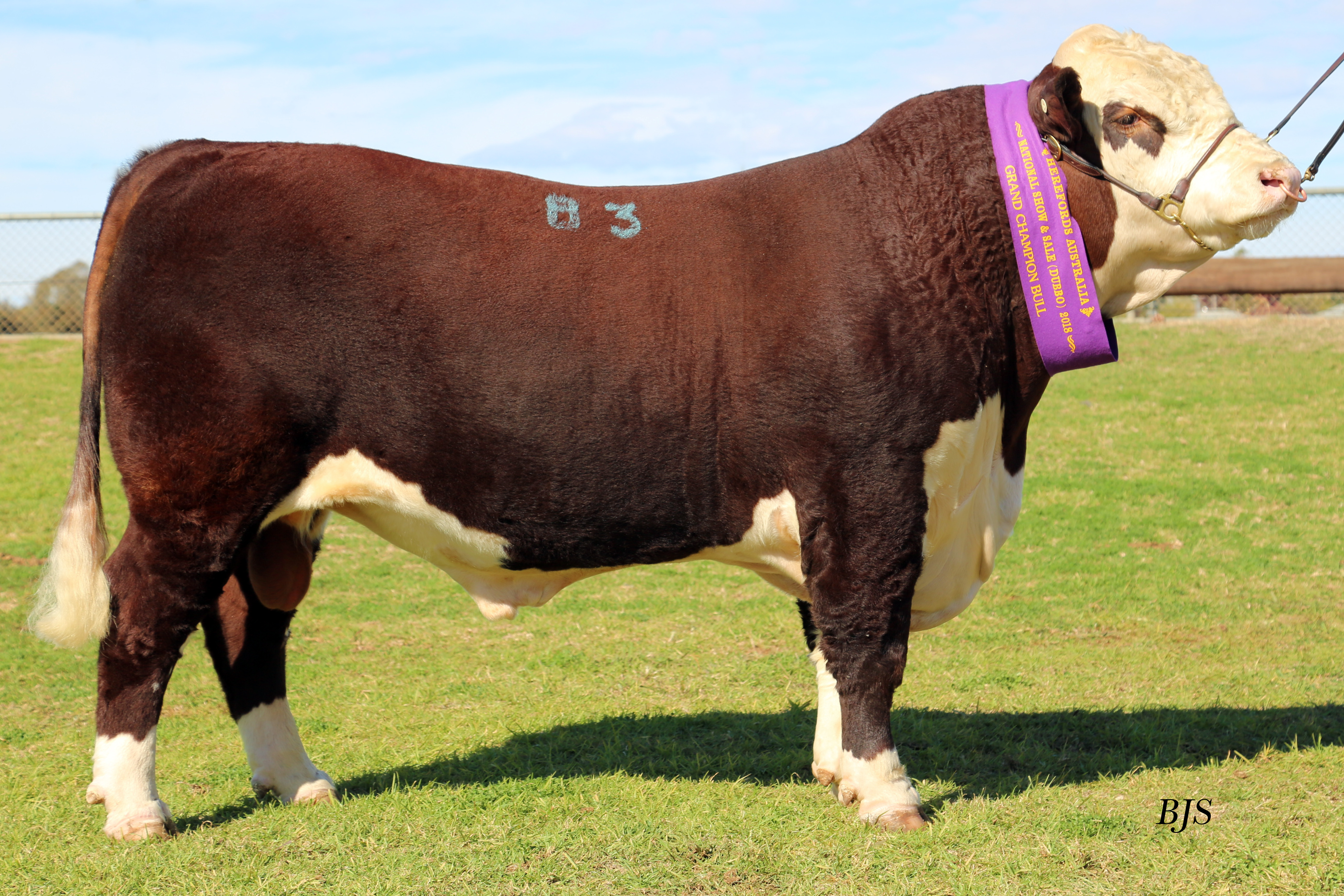 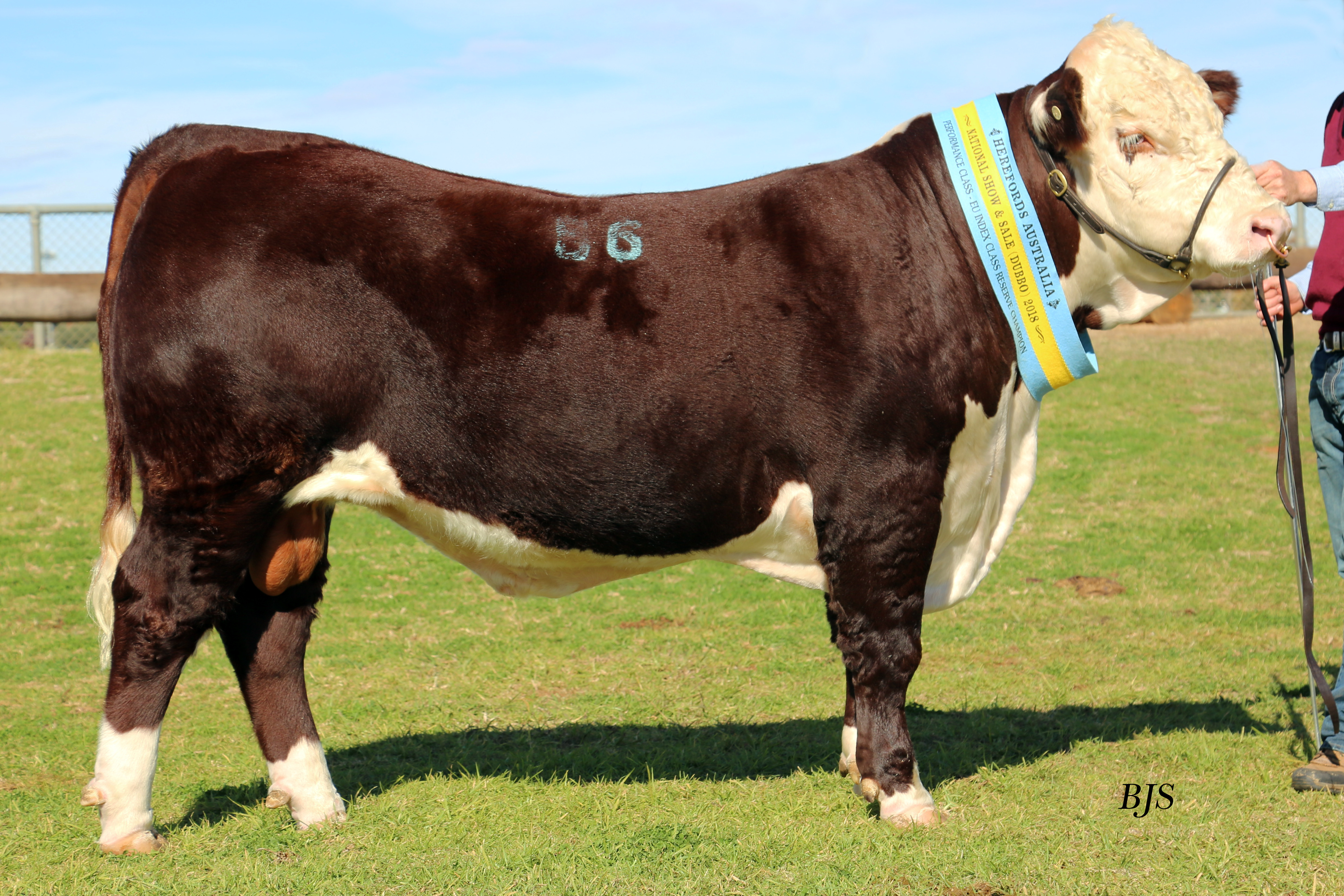