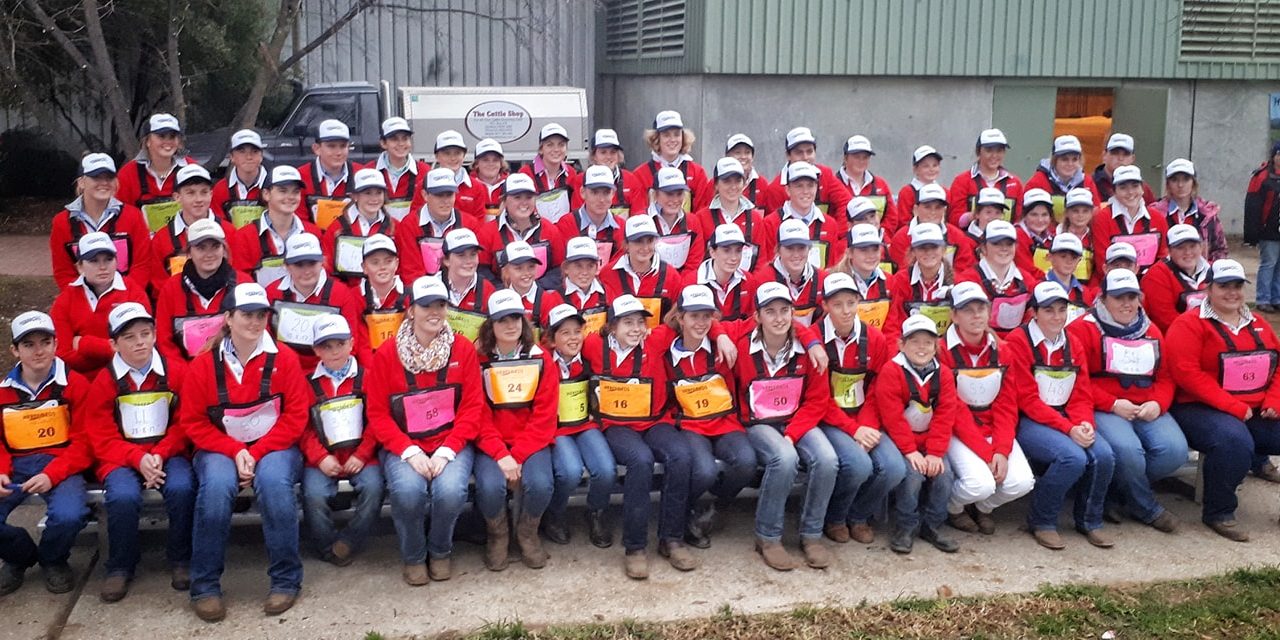 Between the 29th of June and the 1st of July, 67 competitors from New South Wales, Victoria, Queensland, South Australia and New Zealand converged upon the Wodonga Exhibition Centre to participate in the 2018 Herefords Australia National Youth Expo.

The annual event aims to give young people with an interest in cattle the opportunity to build their knowledge and understanding of the beef industry.

The Expo kicked off on Friday with a full day of hands on education seminars, ranging from safety around animals and halter making to genomics and EBVs.

Entrants competed in a range of classes over the three days at the Expo including Junior Judging, Paraders, cattle judging classes and a Herdsman competition.

There was also a special award for the Most Potential Cattle Breeder. The prize for this award was a registered heifer generously donated by Kanimbla Poll Herefords. This special award was designed to help a new youth member start their own stud or improve their existing stud with new genetics. Entrants in this class were judged on a written component which was submitted prior to the start of the Expo, as well as their conduct throughout the Expo.

The Most Potential Breeder Award was presented at the Saturday evening formal dinner by James and Belinda McWilliam of Kanimbla Poll Herefords and was awarded to Taylah Sykes of Longford, Victoria.

“I’m thrilled and honoured, it’s such an honour to be awarded this prize, especially by a stud with such beautiful females.” Miss Sykes said of her win.

The 2018 Herefords Australia Youth Charity Auction also took place at the dinner on the Saturday night making $8290 for the Leukaemia Foundation, a charity chosen in support of Scott and Pip Hann.

The Leukaemia foundation is an Australian charity that raises money to help support families dealing with Leukaemia, Lymphoma, Myeloma and other blood related disorders. Pip was recently diagnosed with Lymphoma, so this charity is very close to the hearts of all Hereford Breeders.

The Paraders classes at the Expo were hotly contended, with Erin Waters of Andtravern Herefords, Lancefield Victoria taking up the judging reins.

In the Junior division, Will VanGend claimed the champion title, and Maddison Tink was reserve.

The intermediate champion Parader was Beau White of Inverell, with Cassie Bush as reserve.

“It was a big shock (to win grand champion), I wasn’t expecting it at all.

“I didn’t start in the cattle industry until I was 13 and I live in town, so it was a bit harder to get in (to the industry), but my brother helped me out, he has an Angus stud and I’m just starting out with the Herefords now.” Said Mr White.

The grand champion Herdsman award was won by Eleni Fogden. Judged over the entire Expo, entrants were observed for their overall conduct and their willingness to help others.

The Junior Judging took place on Saturday morning, with Tim Reid of JTR Cattle Company as over judge.

In the Pee Wee division there was a tie for first place between Thomas Seaton-Cooper, Thomas Divall, and Imogen Wragge who all scored 74 points overall.

The Junior division was won by Scarlett Burgess with 80 points, and Jemima Burney came in a close second with 79 points.

In the Intermediate division, Georgia Auricht came away with the win scoring 126 points, and Connor Evans placed second.

The Grand Champion Junior Judge, across all four divisions, was awarded to Annie Pumpa, who scored a total of 142 points.

Cattle judging got underway on the Saturday afternoon, with Jock Nivison of Yalgoo Partnership casting an expert judging eye over the classes.

Tondara Ave Maria 2, exhibited and owned by Thomas Holt was sashed supreme exhibit and grand champion heifer after taking out the junior champion class. The 10 month old heifer, sired by CHAC MASON 2214 (IMP USA) (P), later went on to be crowned the champion Bred and Owned animal of the 2018 Expo.

Reserve junior champion was awarded to Kanimbla Revona N115, who was exhibited by Lucy Glendenning.

Champion bull of the Expo was awarded to Llandillo Nifty, exhibited by Connor Evans and Jenna Holmes’ Kianma Next Contestant N015 was awarded reserve champion bull.

Overall, the 2018 Herefords Australia National Youth Expo was a huge success with positive feedback from participants, volunteers and event organisers.

“It’s been a fantastic few days, we would especially like to thank all our sponsors; this event wouldn’t be possible without them. Also thank you to all the breeders who provided cattle for the Expo.” Said Herefords Australia Youth Coordinator, Katelin Davies.

“We were able to attract many participants from outside of the breed, with some having no previous involvement in the cattle industry,

“It is our overall goal to keep these youth engaged moving forward so they can form the same passion for this breed that has benefitted so many youth that have come before them.” Ms Davies added.

The Herefords Australia Youth Committee are now ready to begin preparations for the 2019 Expo which is due to take place in Parkes from July 12th-14th next year. 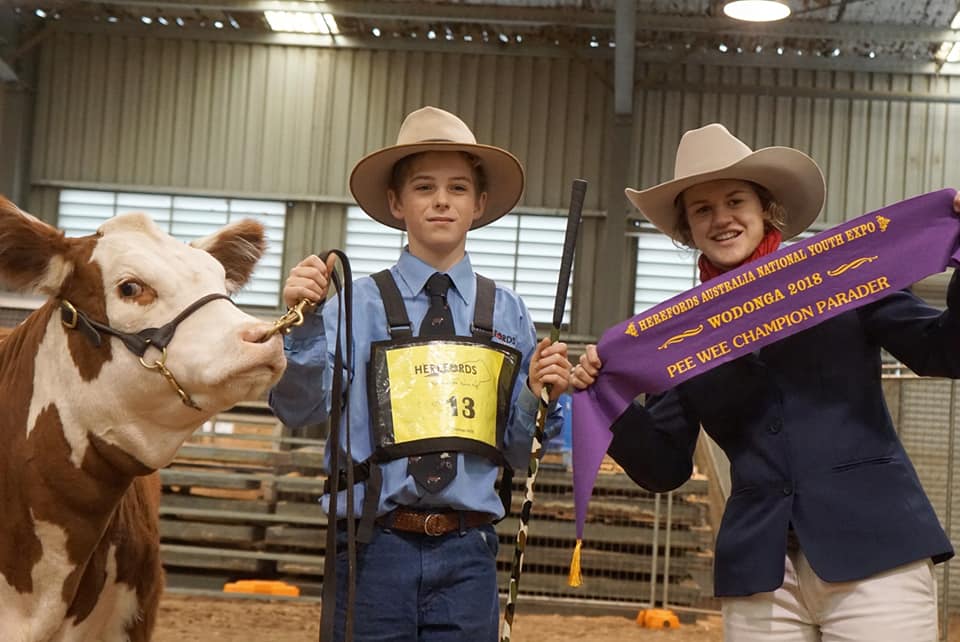 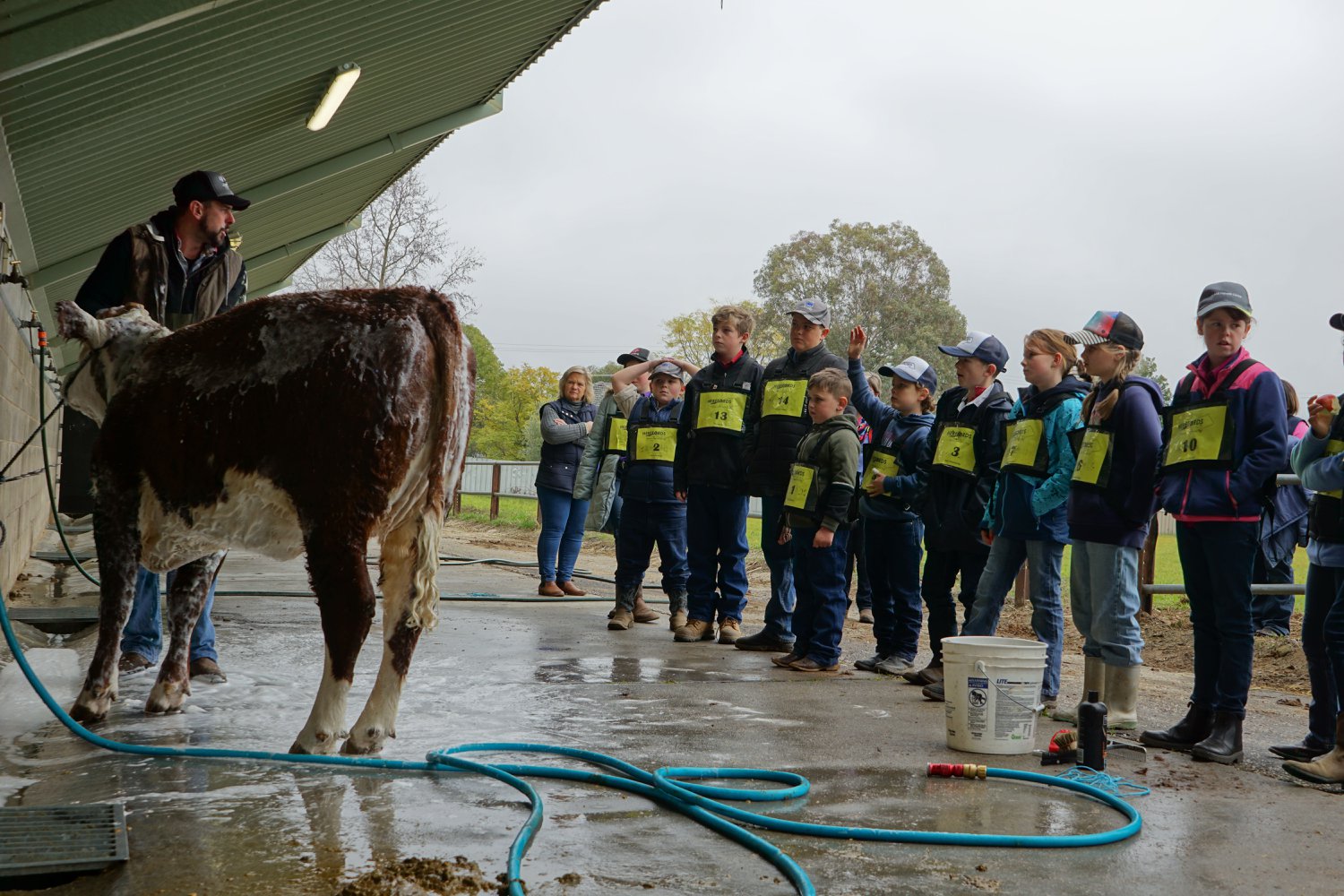 Lee White of Llandillo Poll Herefords gives a heifer washing demonstration to the Pee Wee group at the Expo. 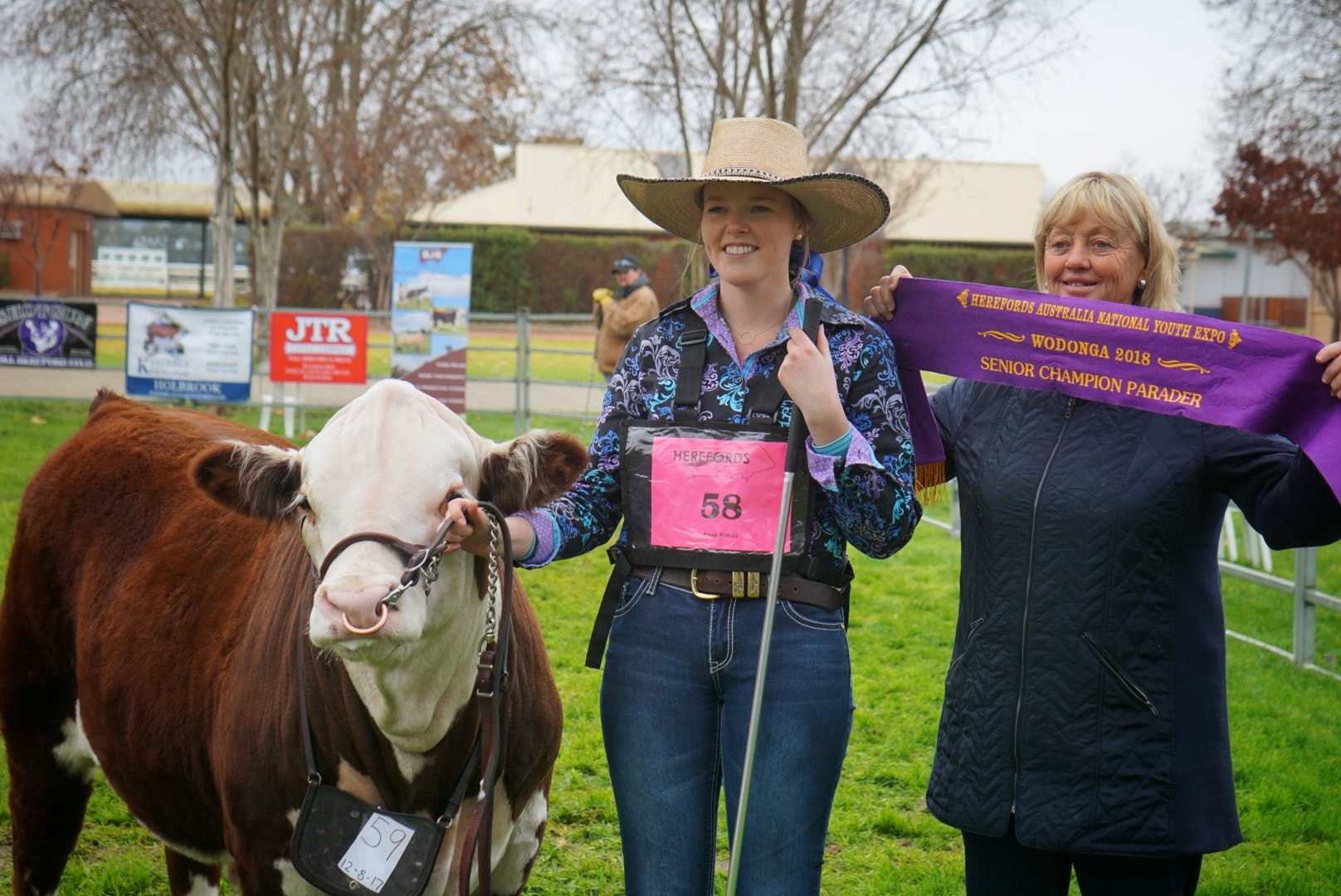 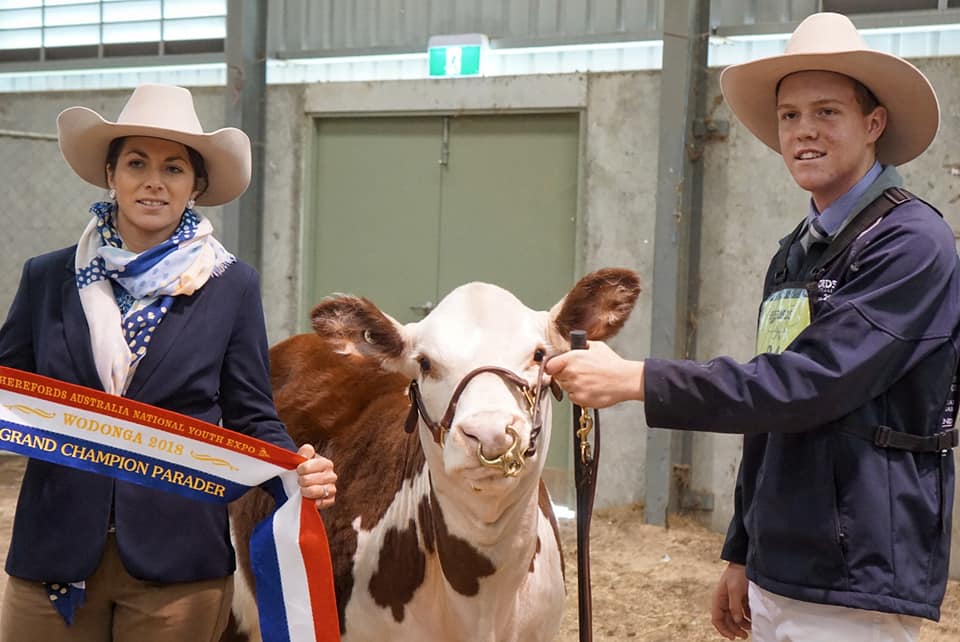 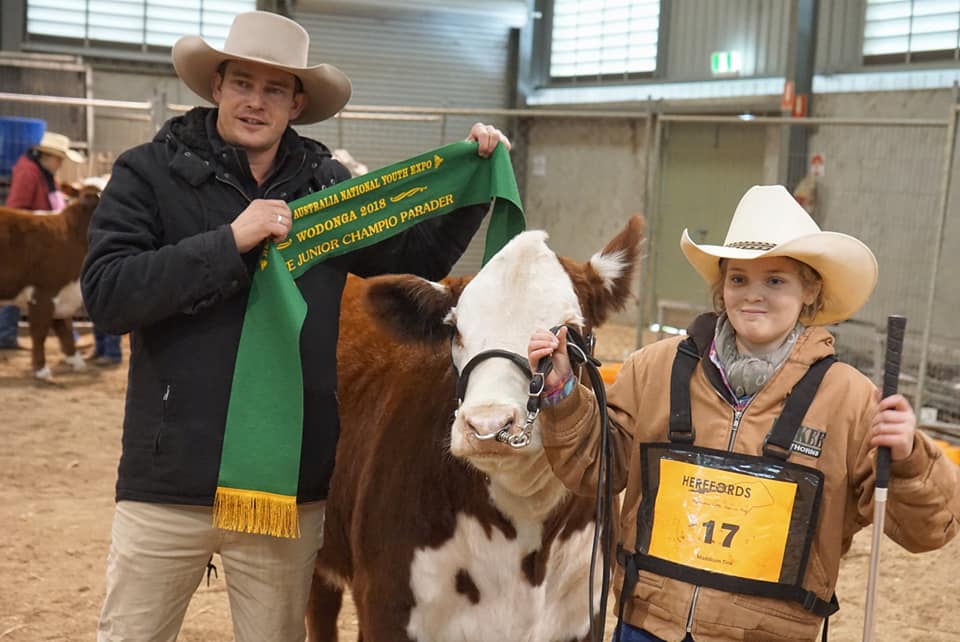 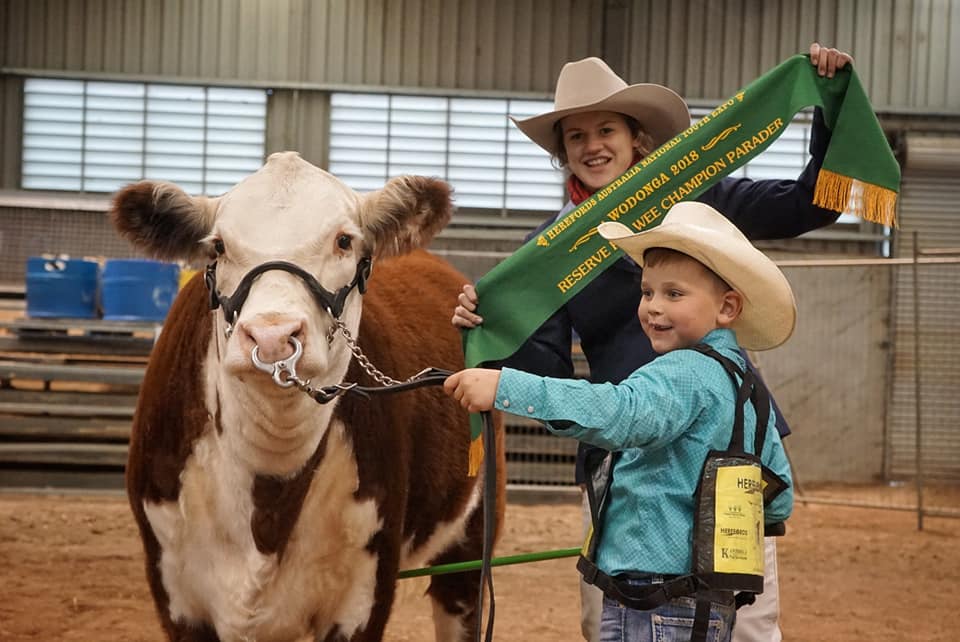 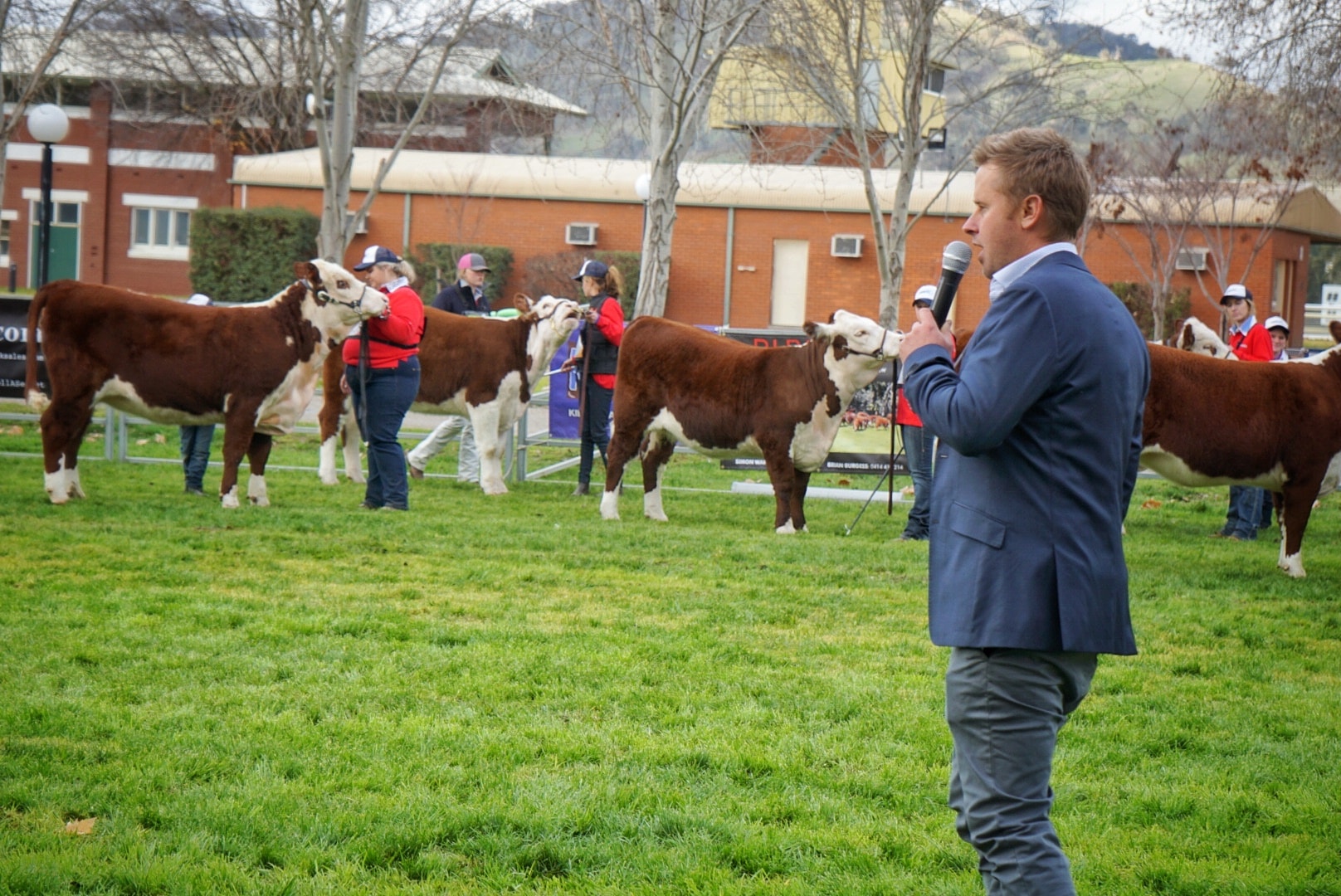 Yalgoo Partnership’s Jock Nivison, Walcha, gives his comments in one of the cattle judging classes at the Expo. 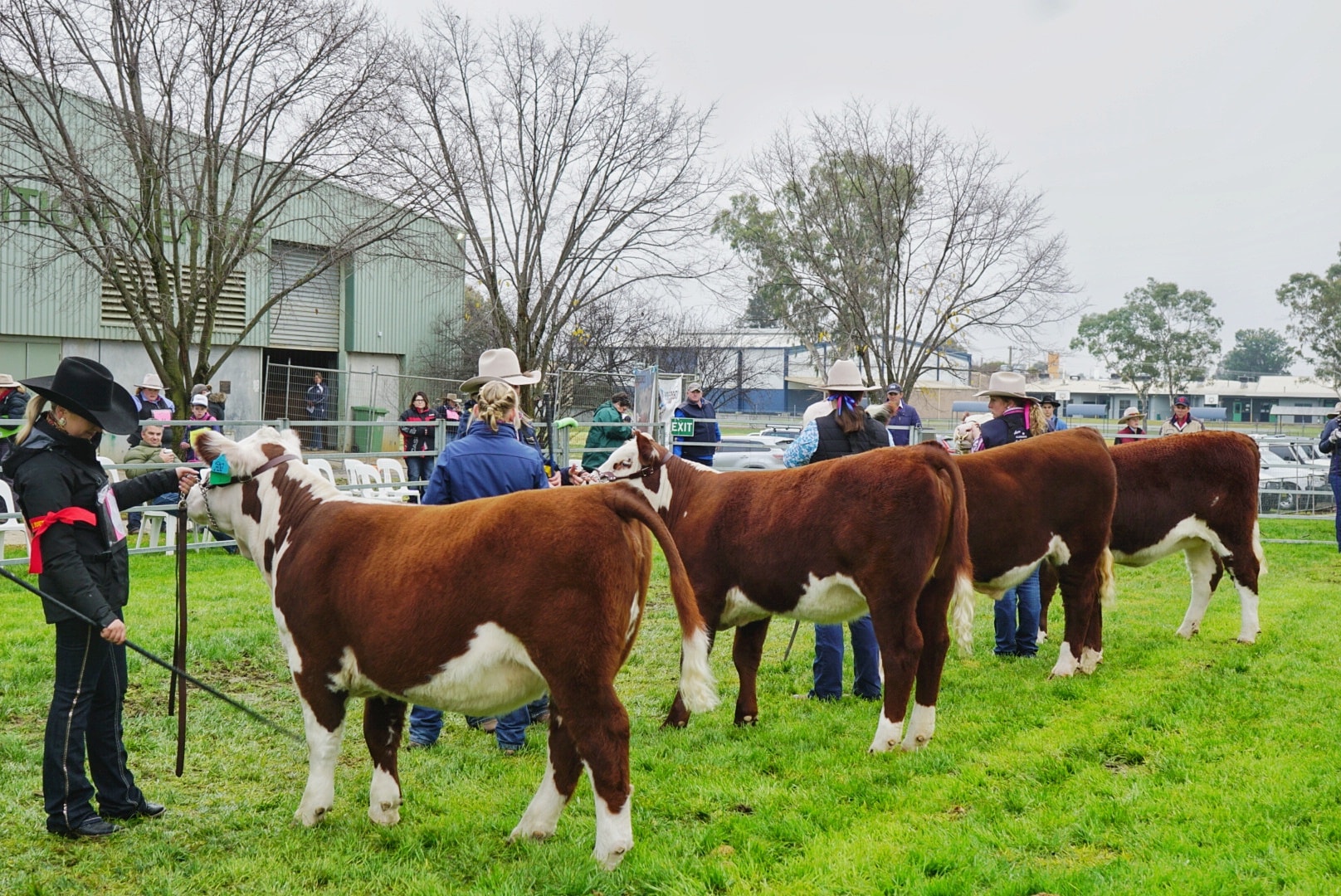 Competitors present their animals in a Paraders class. 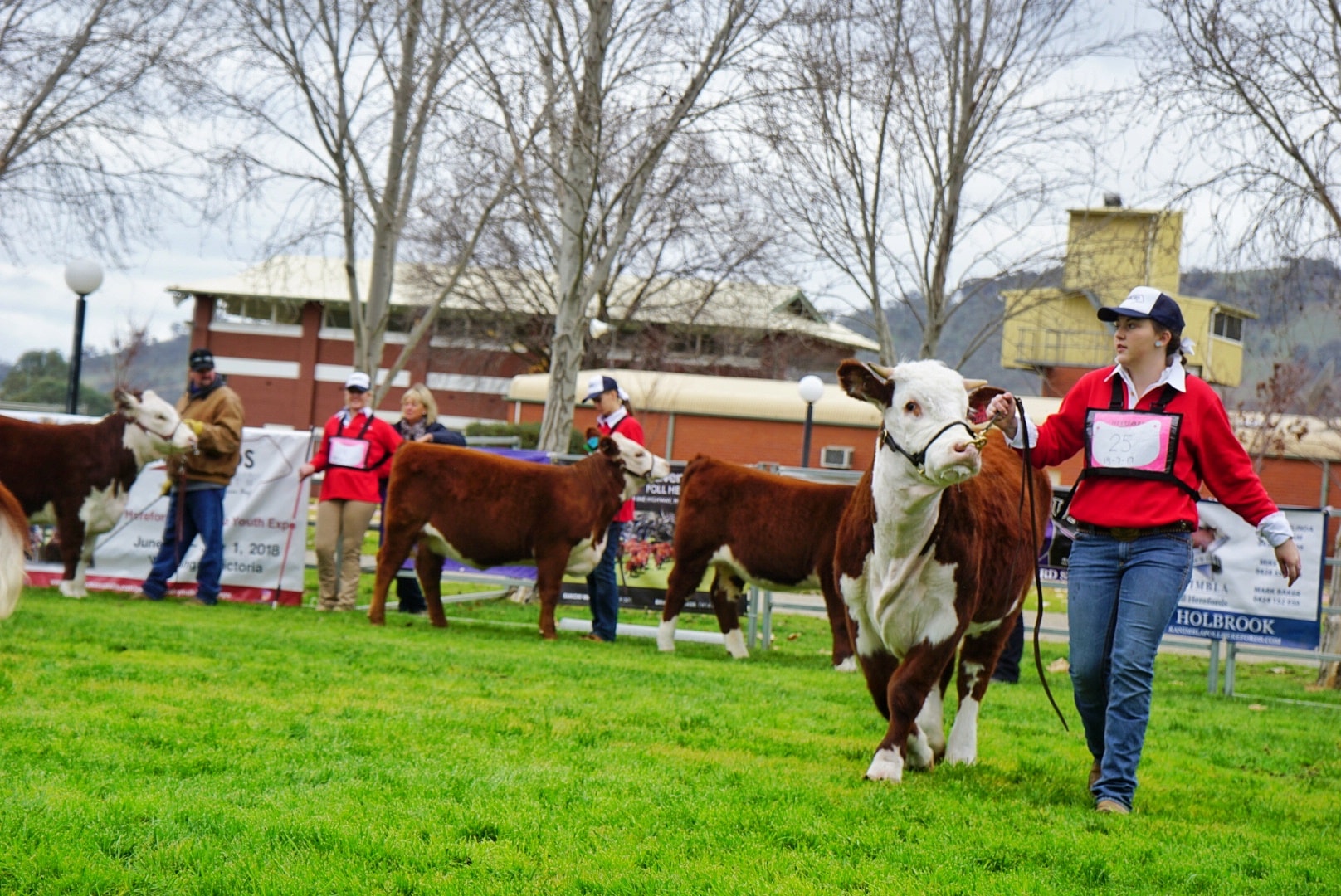 Participants had the opportunity to develop their cattle showing skills over the three days of the Expo.