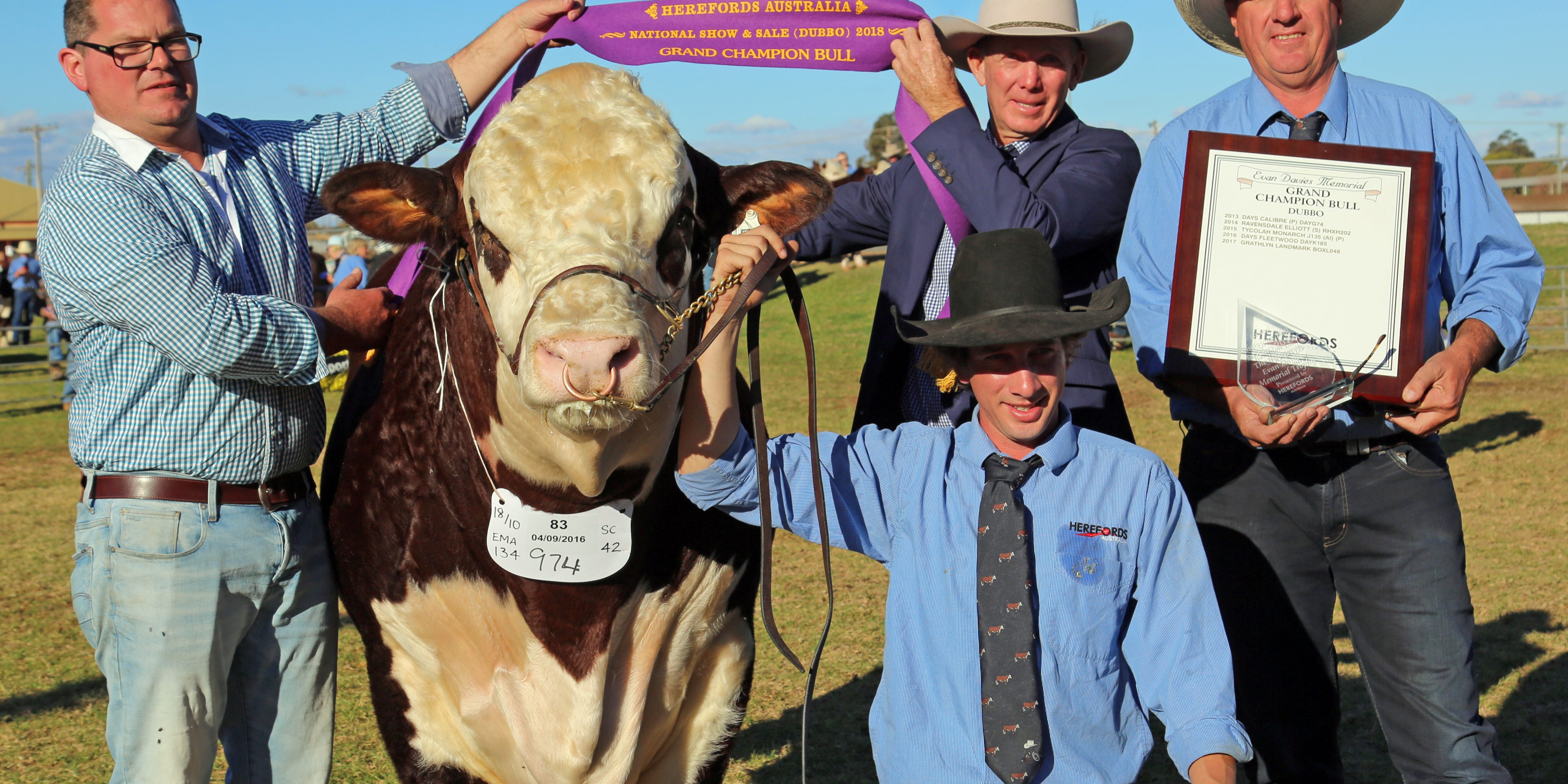 Held at Dubbo on June 4, the National Show drew 35 vendors and 96 polled and horned bulls from NSW, Queensland and South Australia.

Beating out tough competition from the intermediate and senior champion bulls from the Supple and Rayleigh studs, Mindblower impressed judge David Smith, Ben Lomond, NSW, with his thickness and muscle.

“This bull is structurally sound with a good, strong head on him. He has natural thickness in spades and plenty of muscle,’’ Mr Smith said.

“You couldn’t ask for a better example of any breed.”

Ben and Leanne Rumbel, Supple Whiteface, Guyra, NSW, were dominant in the intermediate classes, claiming both the champion and reserve sashes in the division.

Mally impressed judge David Smith in his age class and again in the championship.

“There are a lot of things I like in this bull, I loved the style and length of him and he is very structurally sound,’’ Mr Smith said.

Mr Smith was impressed with the Supple entries throughout the day, culminating in the stud being awarded the prestigious President’s Trophy for the best presented team of three bulls.

Supple entered the class with their champion and reserve intermediate bulls, plus Supple Medallion M155 (which came second in his class), rounding out the three.

Second place in the President’s Trophy was awarded to Rayleigh Poll Herefords.

Sired by The Ranch Marksman H14 (P), Magnum is a low birthweight bull with a BREEDPLAN figure of +2.8kg.

Magnum also impressed the judge with his thickness and depth in the ring.

“He is a big, strong sire, with a good head, good depth and body of carcase,’’ Mr Smith said.

“I was looking for animals with a mid maturity pattern, good length of body and carcase shape for the EU class, and this bull delivered that,’’ Mr Bayliss said.

“To fit the supermarket specifications I was looking for a high yielding bull with an early to mid maturity pattern, lots of carcase, big EMA, and structural soundness,’’ Mr Bayliss said. 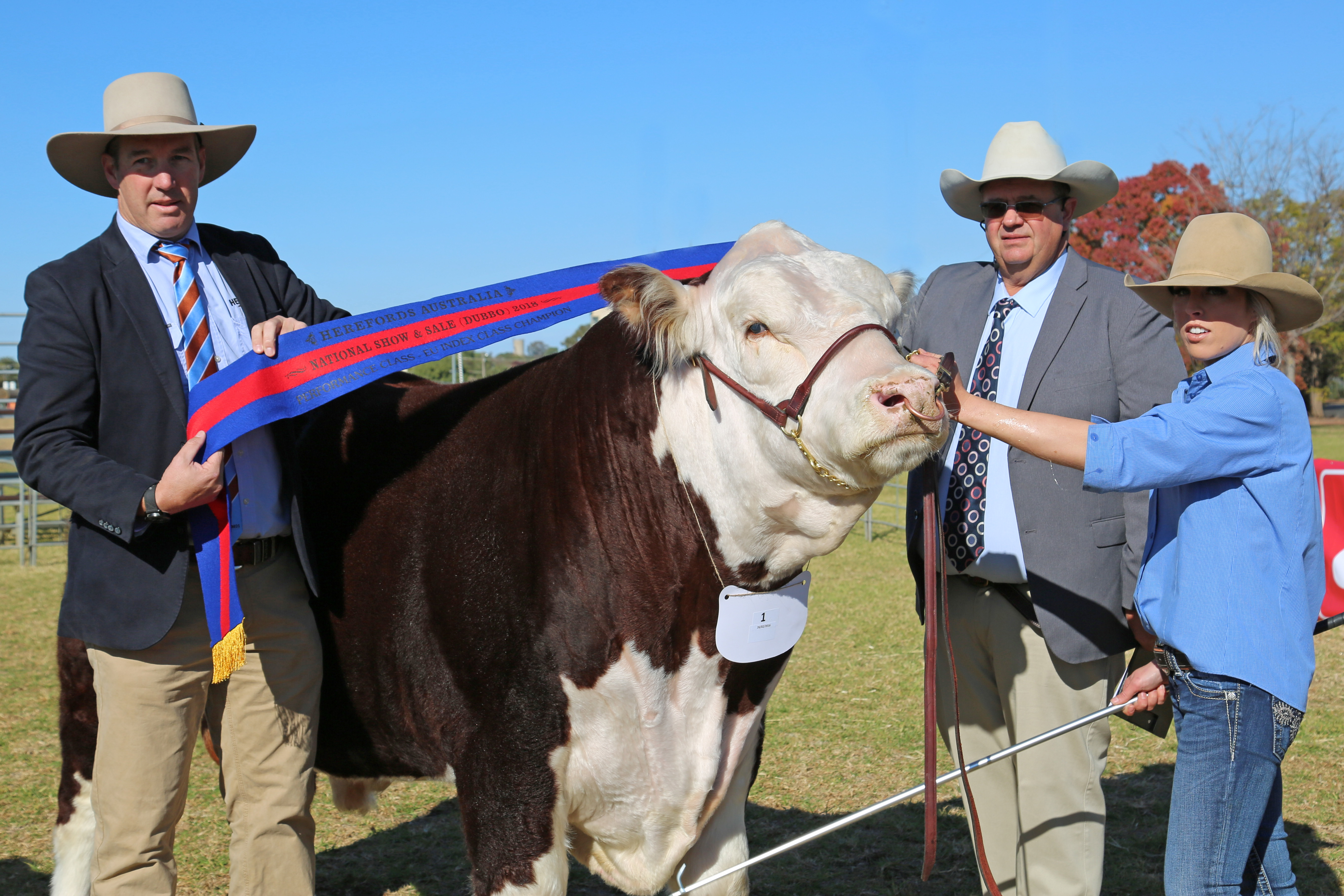 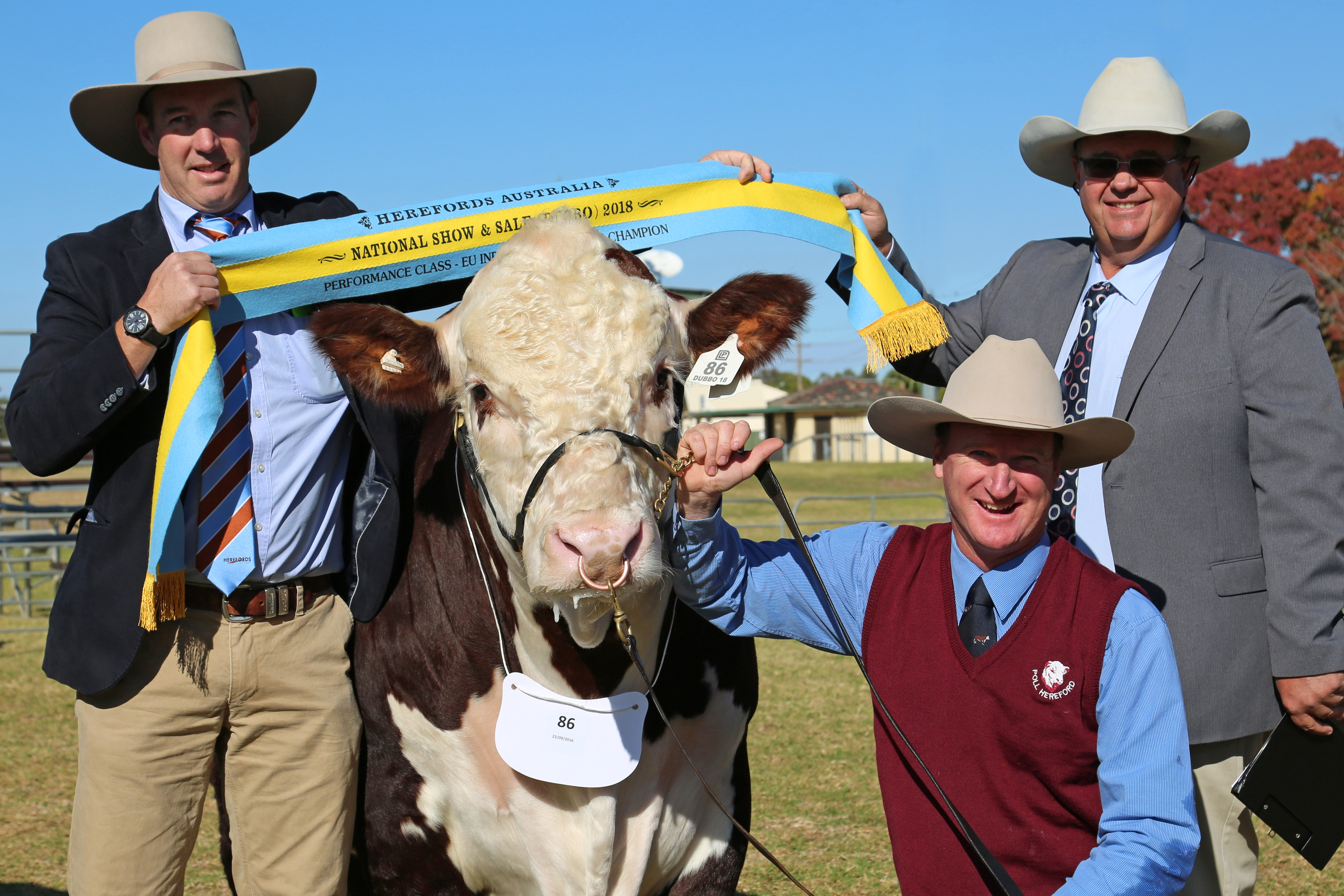 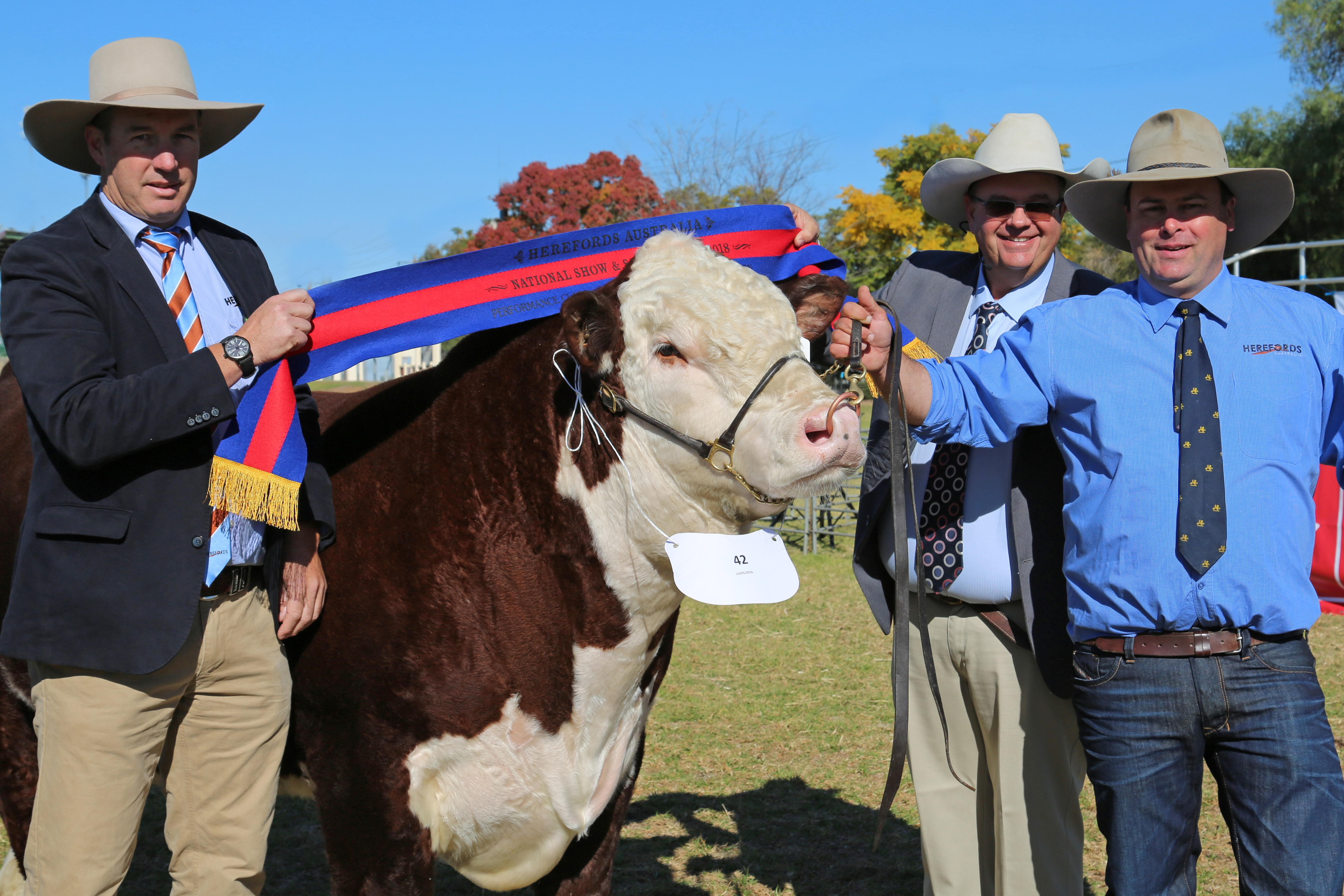 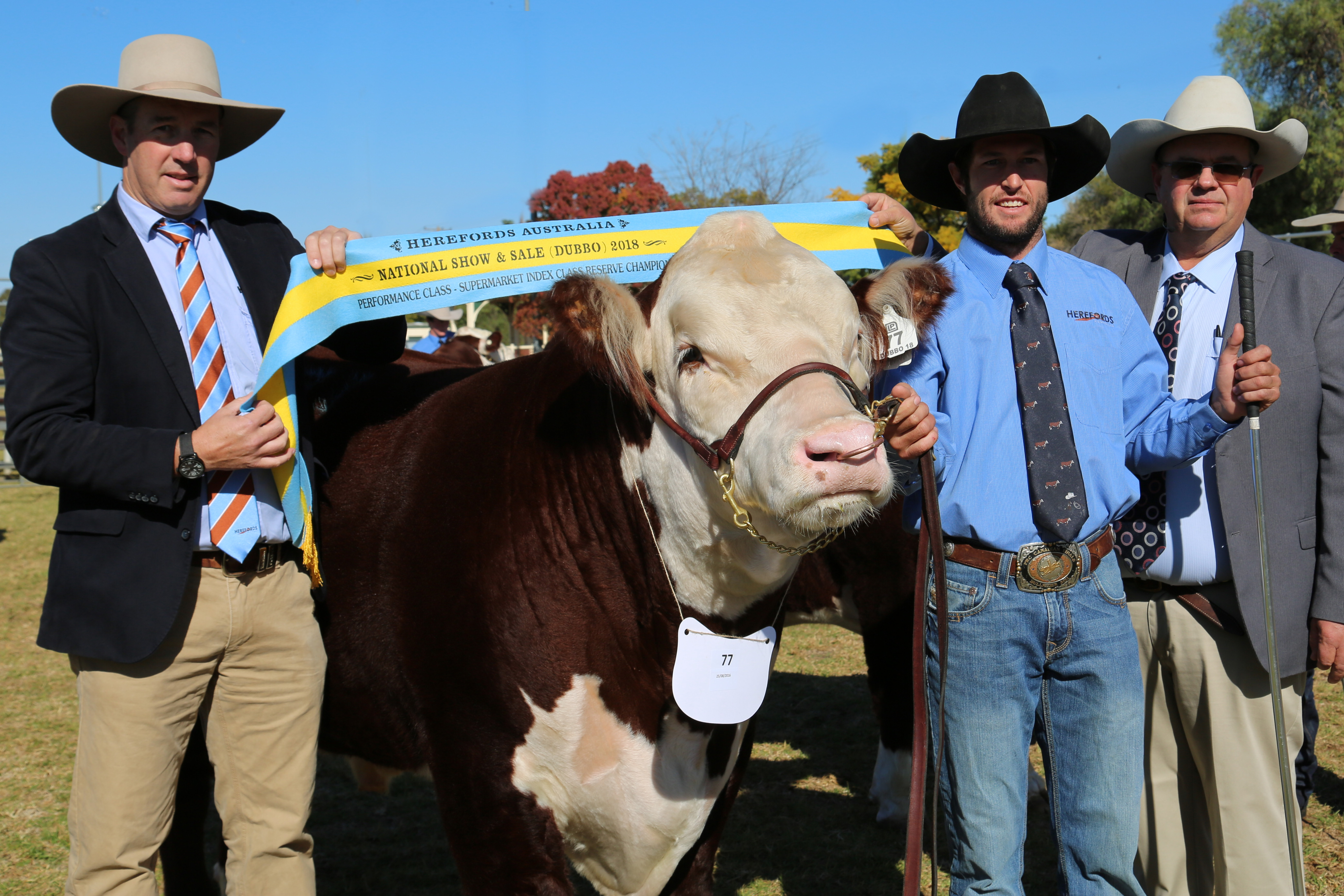 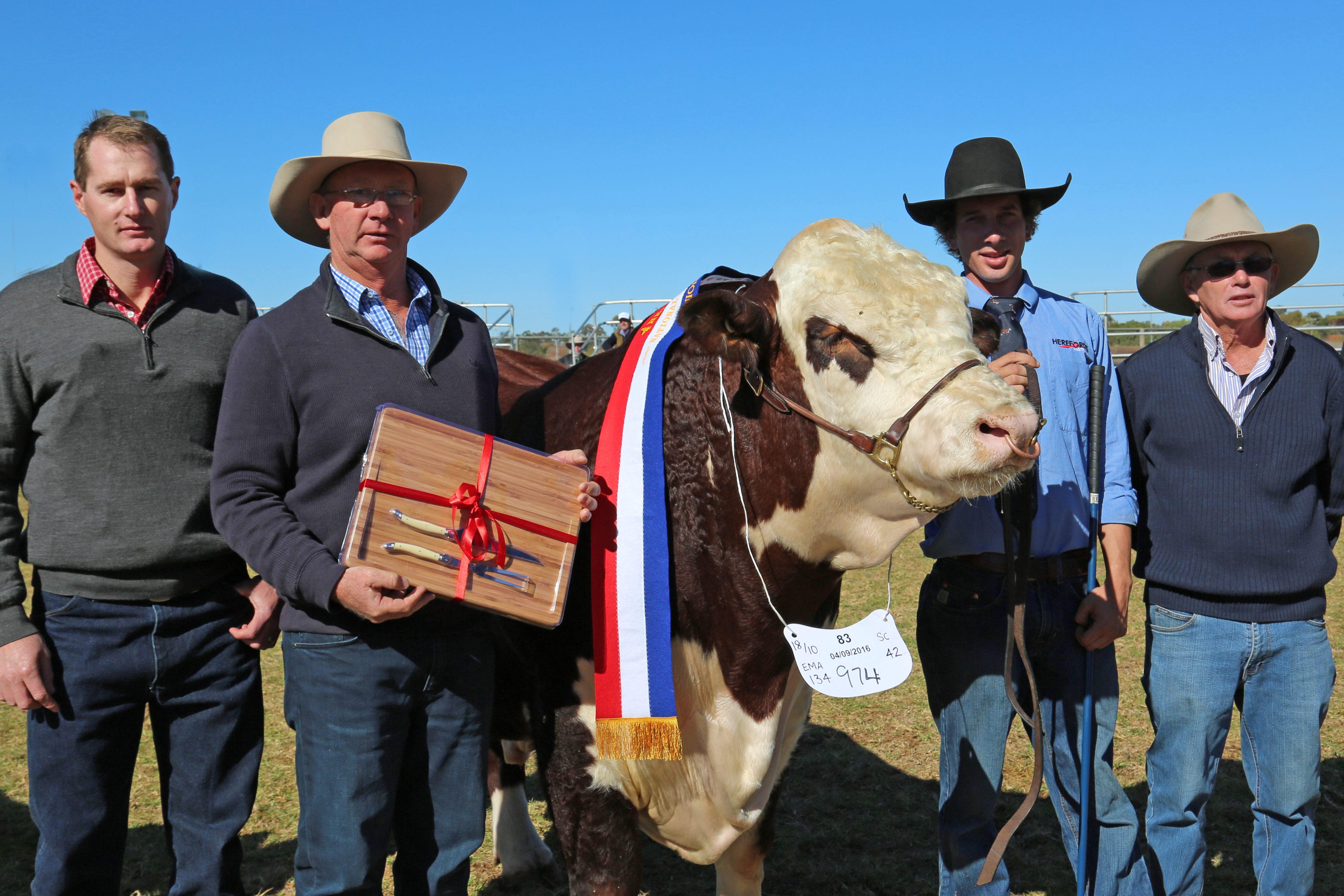 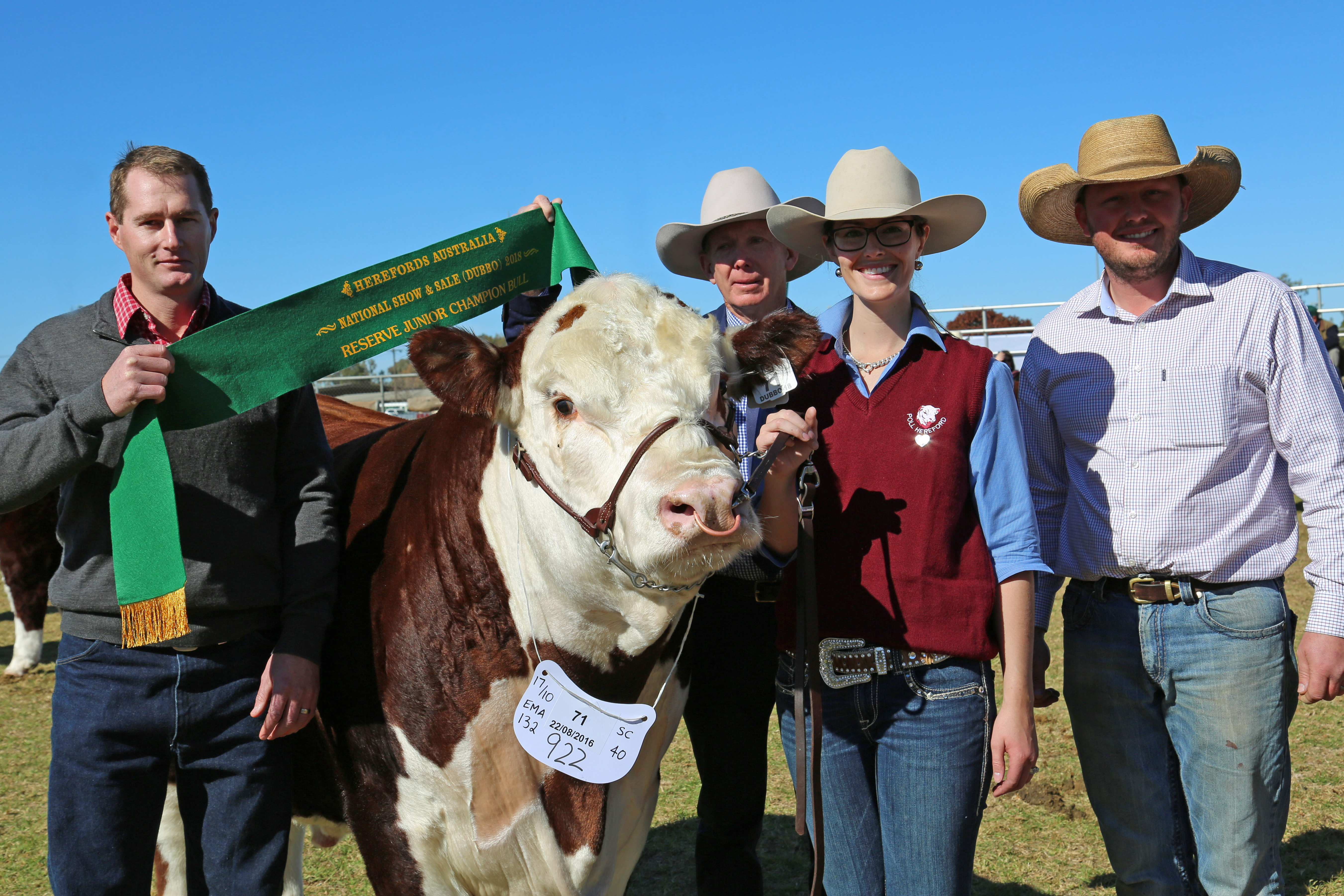 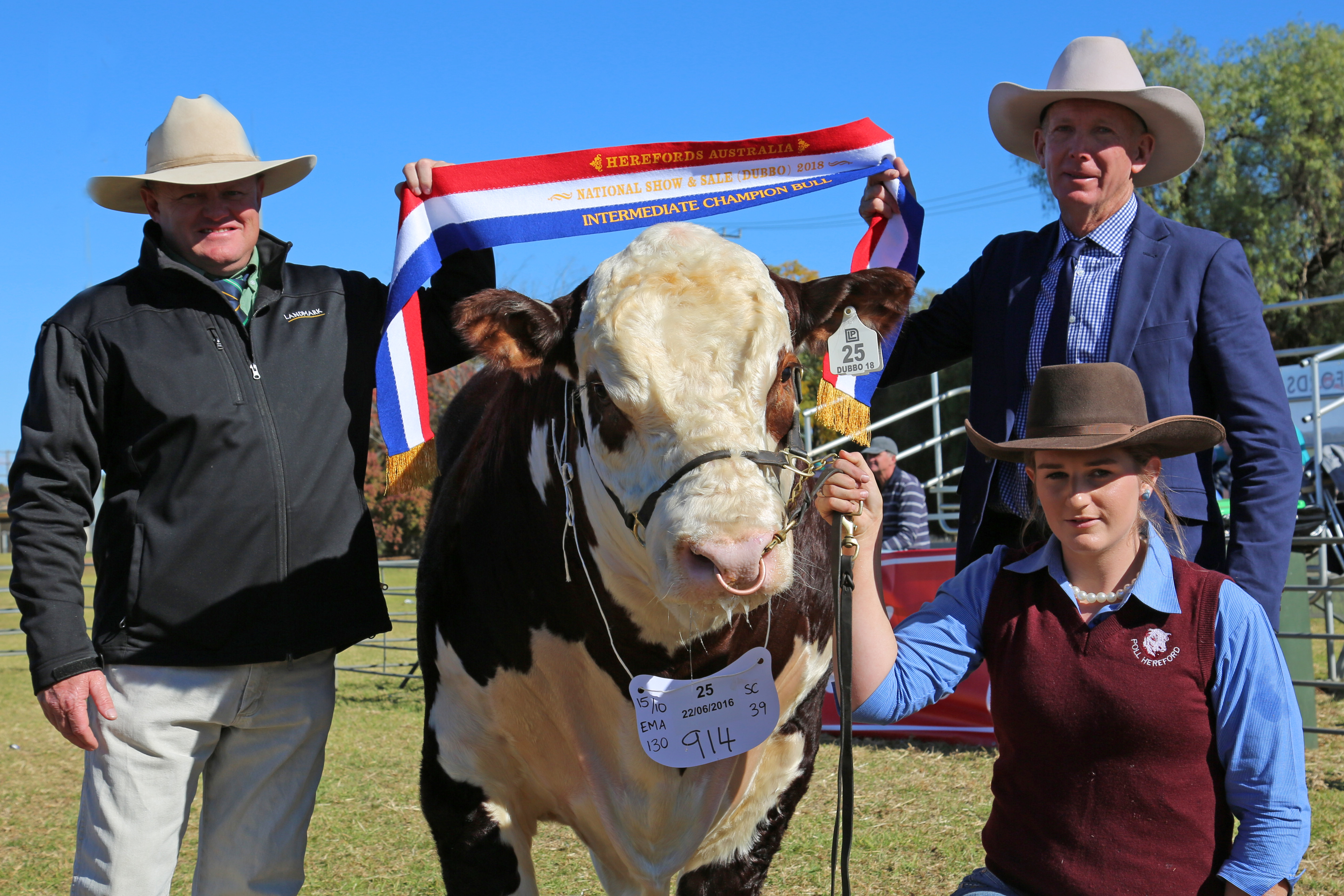 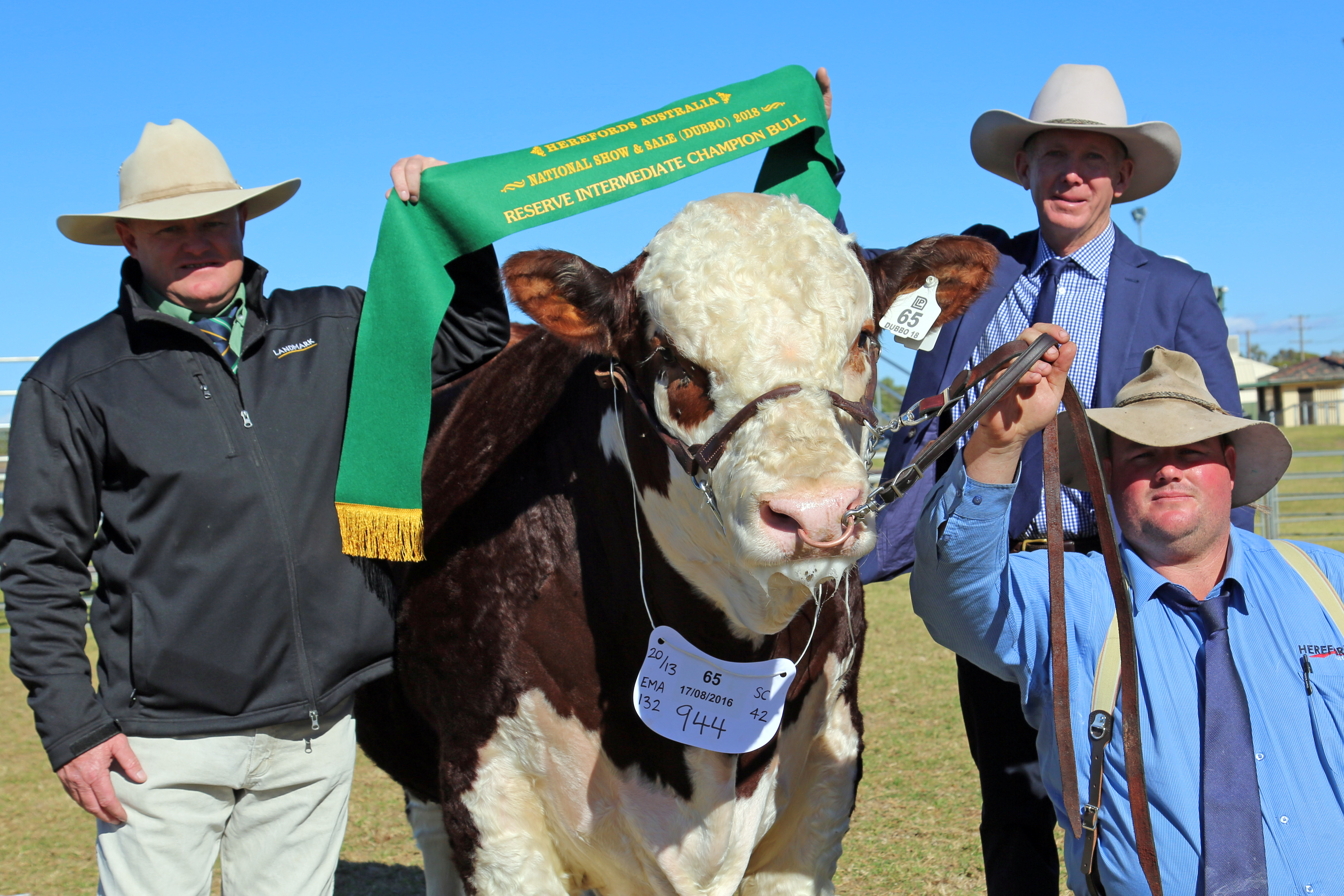 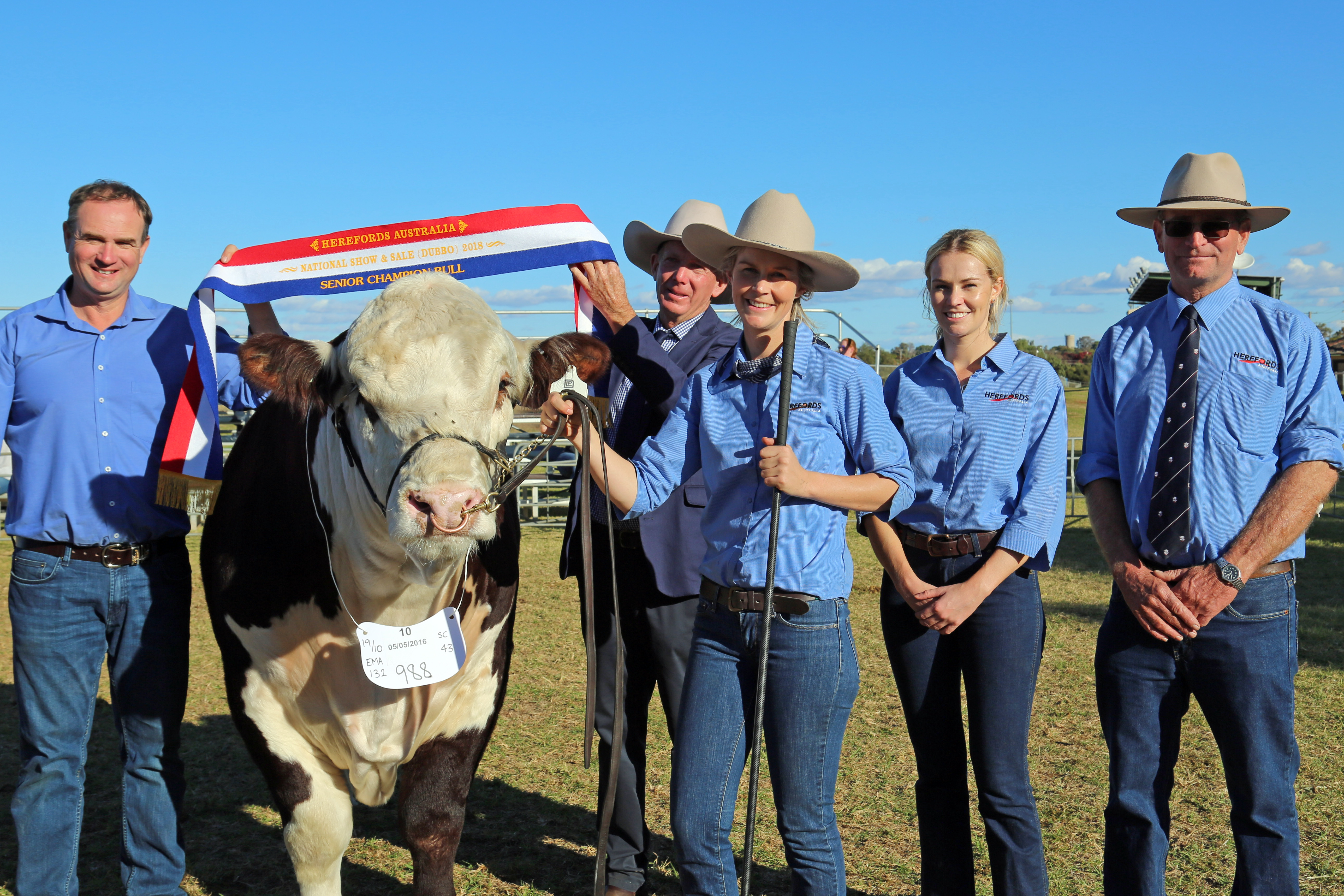 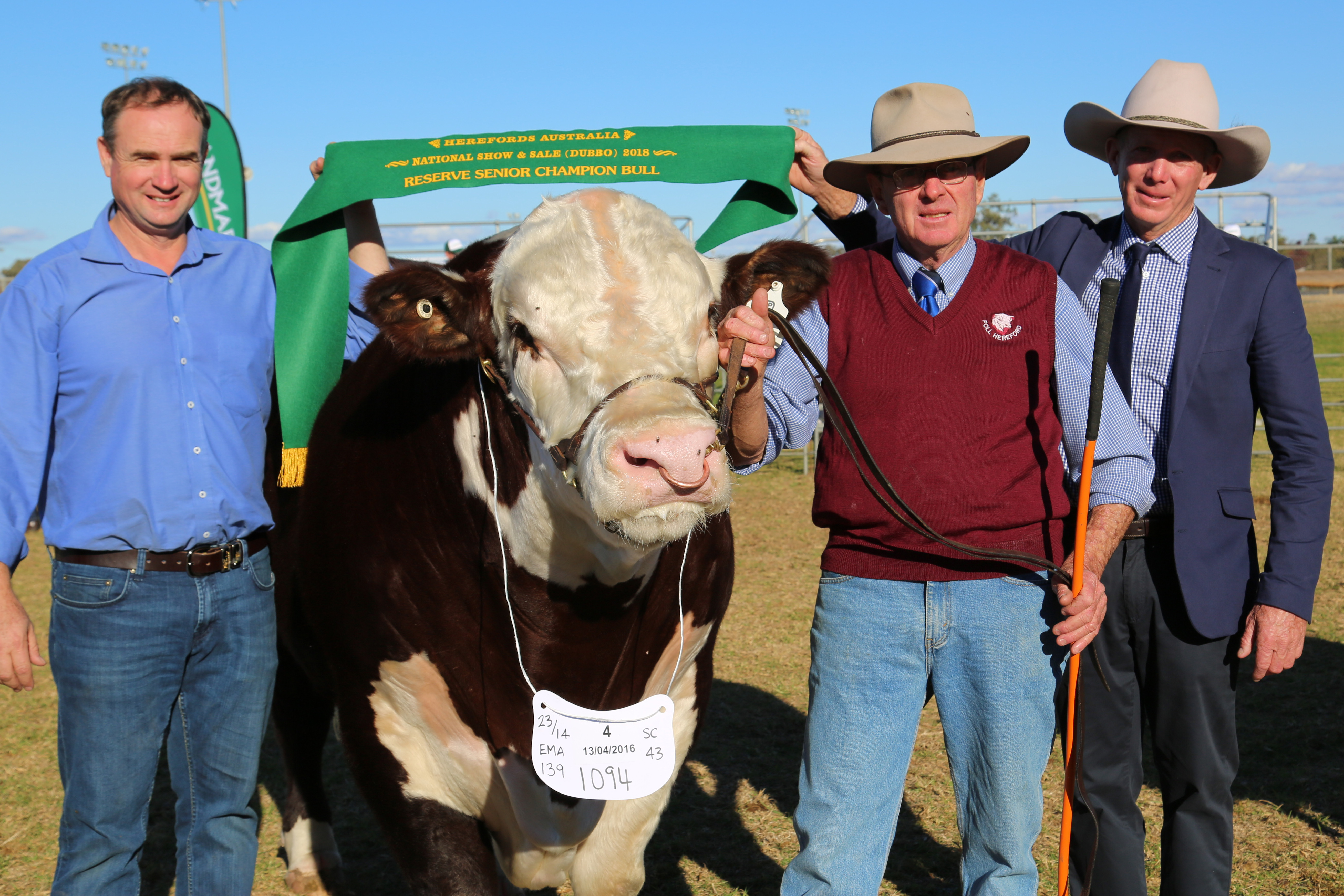 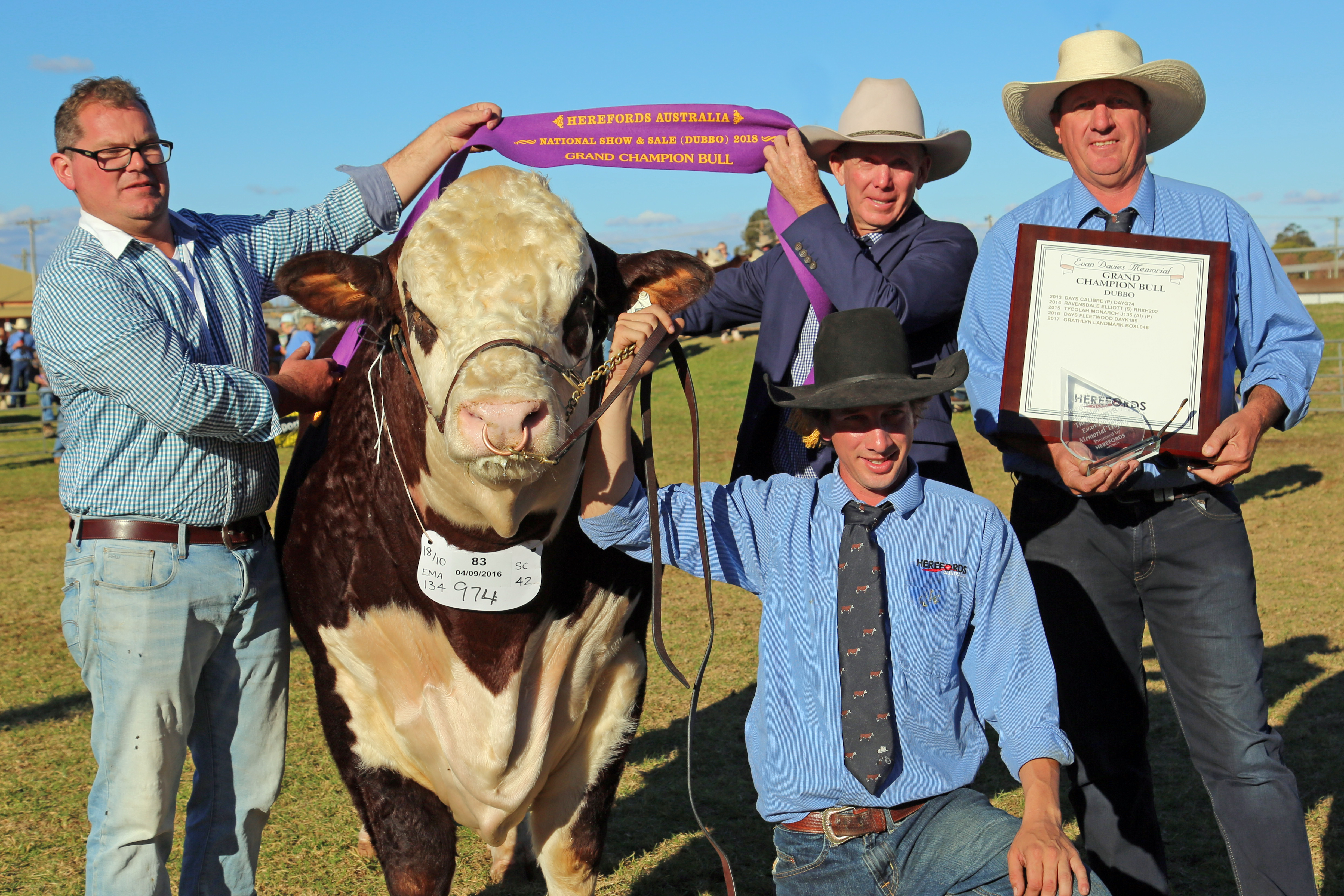 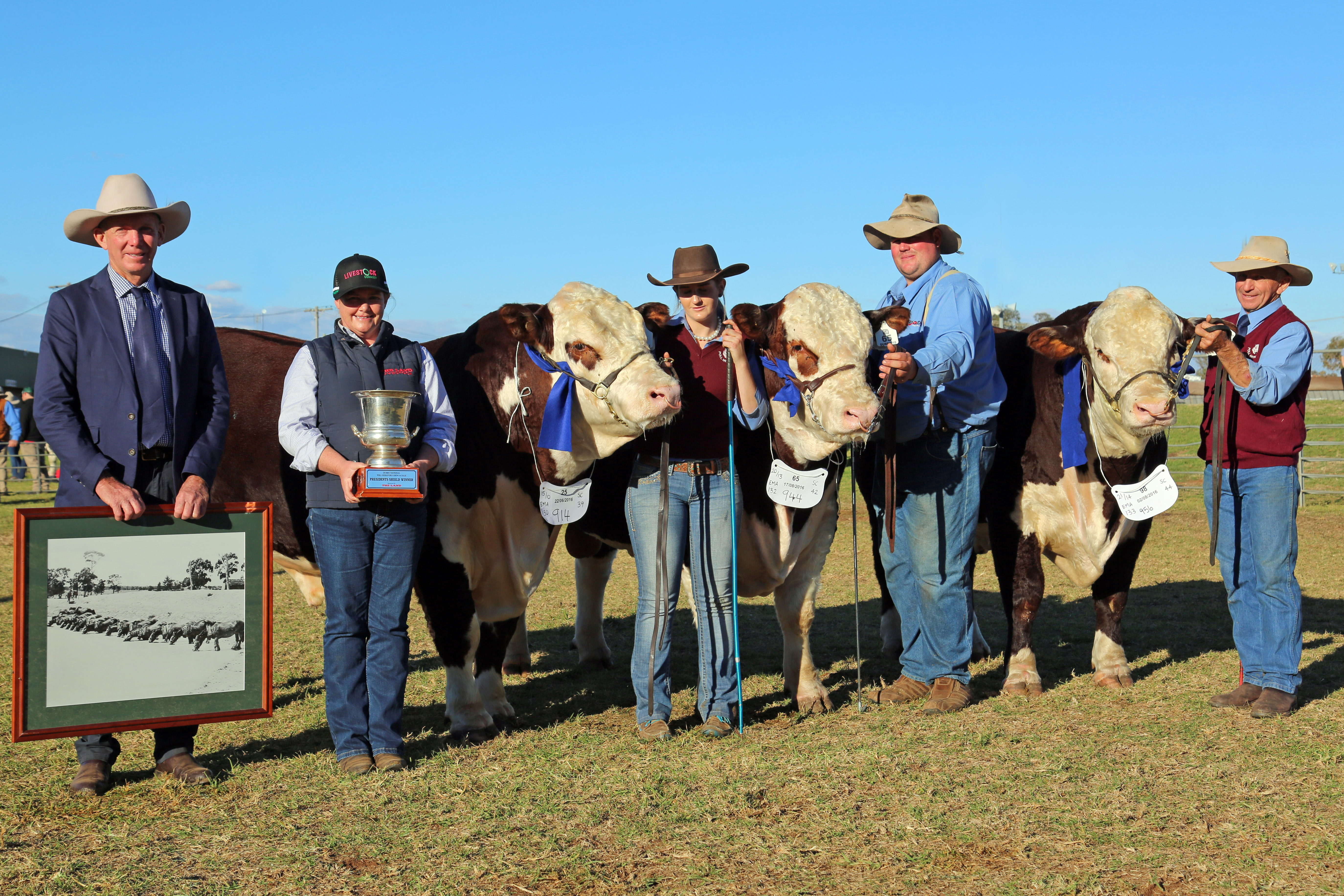 The prestigious President’s Shield was taken out by the Supple Herefords team, with judge David Smith, The Land livestock representative Lisa Duce, and Jess Gross, Ben Rumbel and Chris Law on halters.