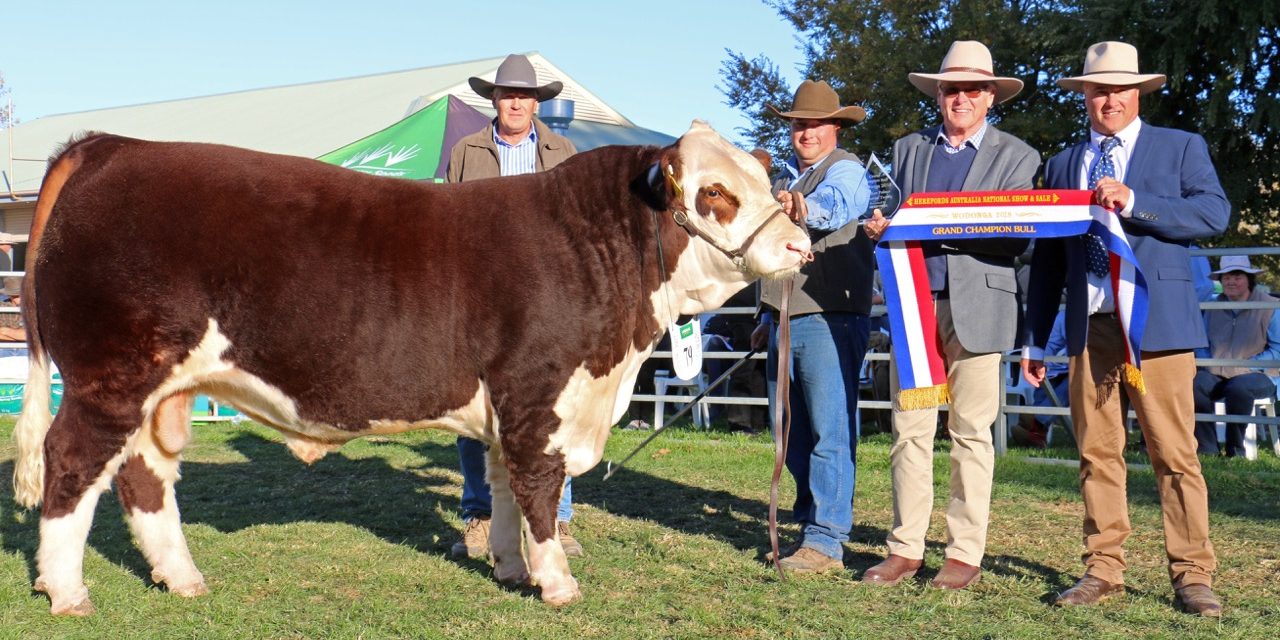 A cracking crowd pleaser of a bull stormed his way through the classes at the 2018 Herefords Australia National Show today to win grand champion.

The Herefords Australia National Show was held at the Wodonga Stud Stock Exhibition Centre on May 16, drawing 185 junior, intermediate and senior bulls from 55 vendors.

“He has lovely thickness from the shoulder right back, and a nice muscle pattern,’’ Mr Fisher said.

It was the first grand championship for Mr Lewington, who had shown the bull lightly but not used him within herd.

A calf champion, or Top of the Drop, class was included in the schedule for the first time, with Centennial Jetfire N002 selected by Mr Fisher for his balance, mobility and structural soundness.

Mr Fisher described Mojo has having great width, depth through the flank and sire appeal.

In reserve was Mawarra Fire Power, a 924kg son of Mawarra After Shock, exhibited by the Sykes family, Mawarra Herefords, Longford, Vic.

The bull scanned with an eye muscle area of 144sqcm, had fat depths of 25 and 15mm, and a scrotal circumference of 43cm.

The most successful exhibitor of the National was Peter and Deanne Sykes, Mawarra Herefords, Longford, Vic. 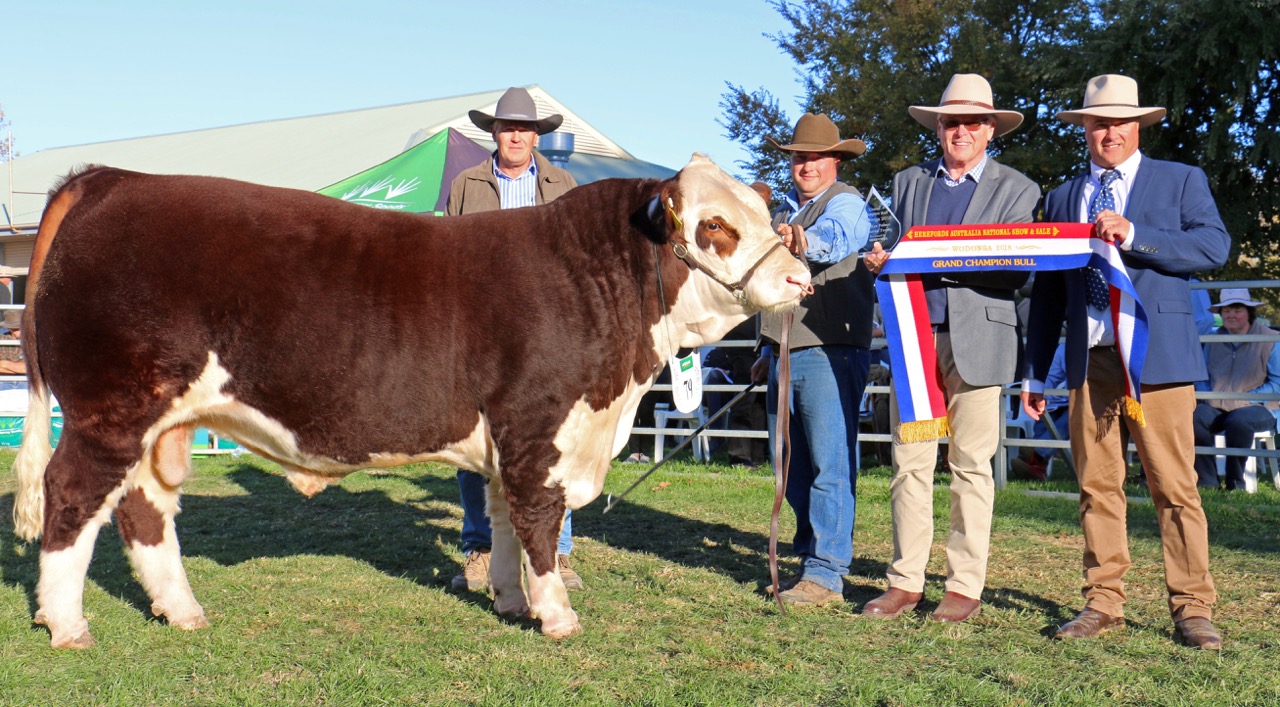 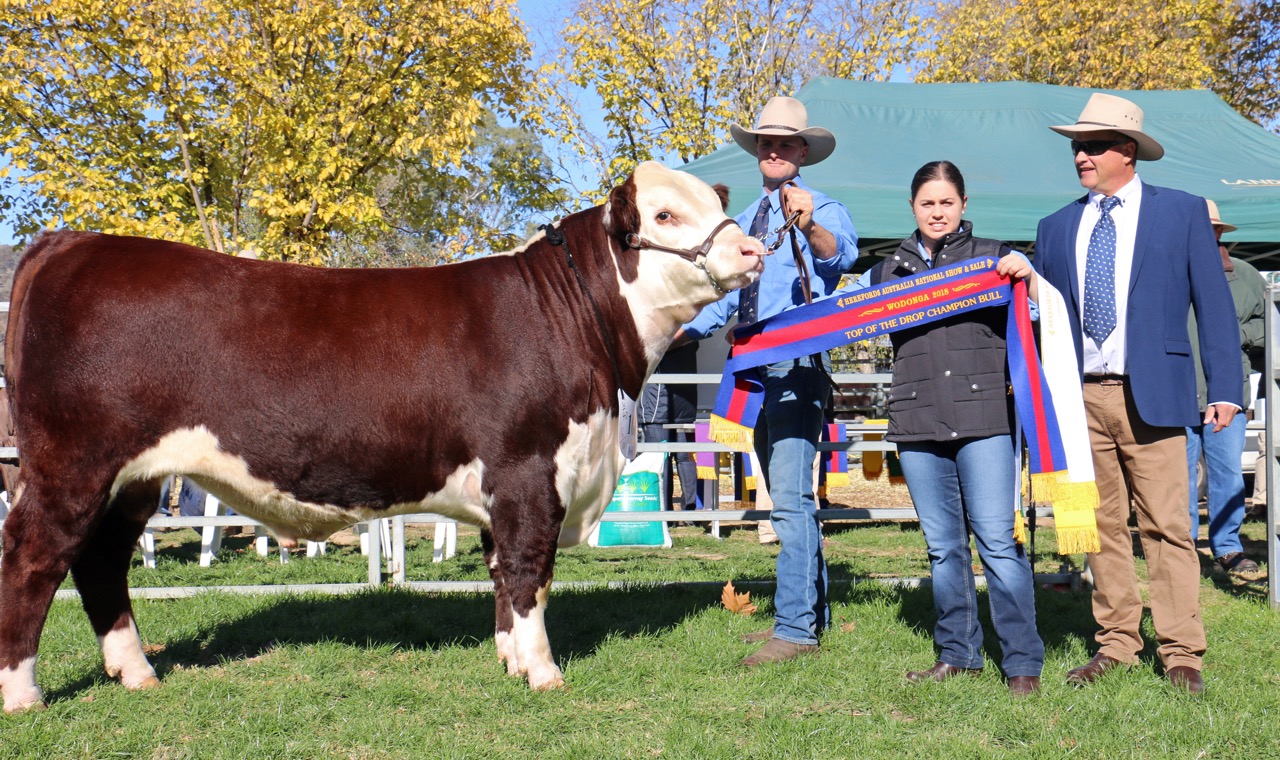 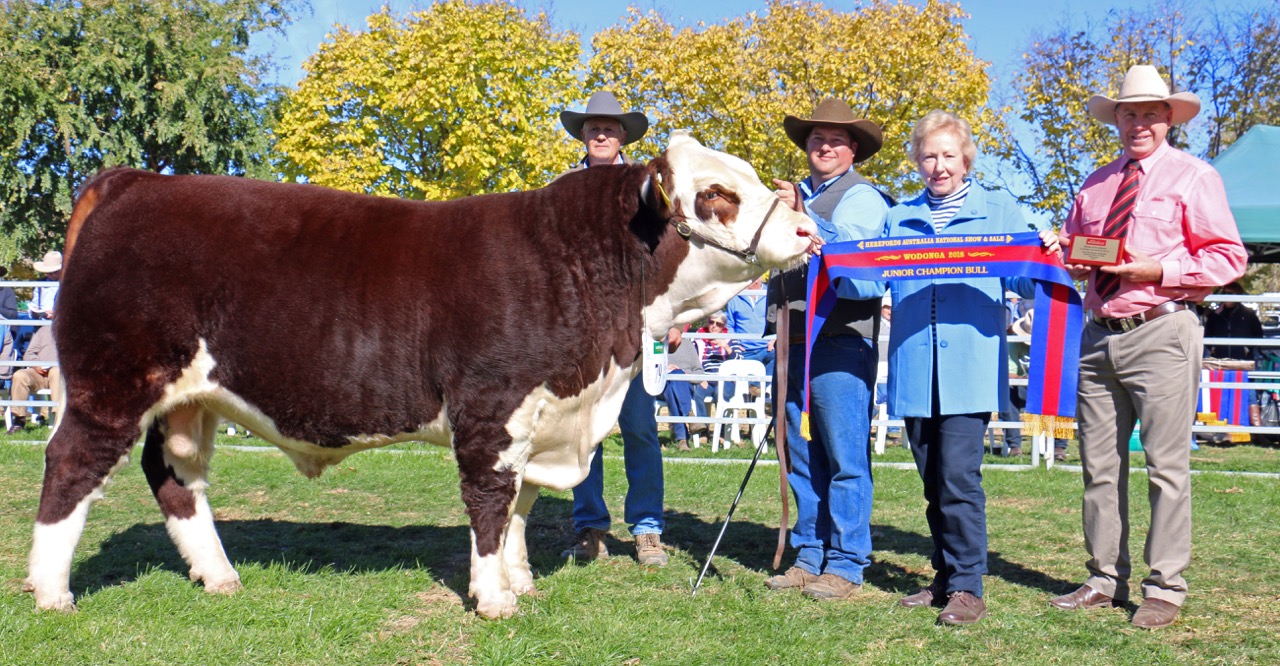 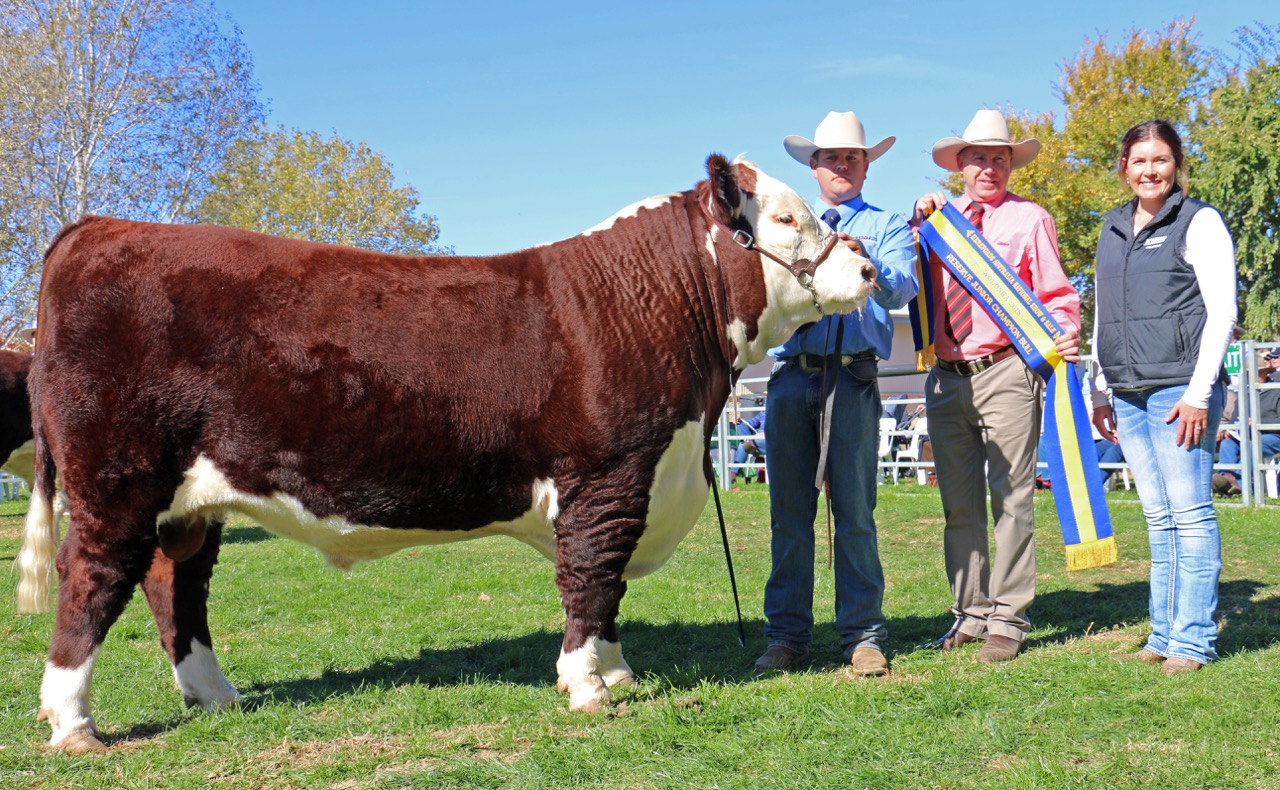 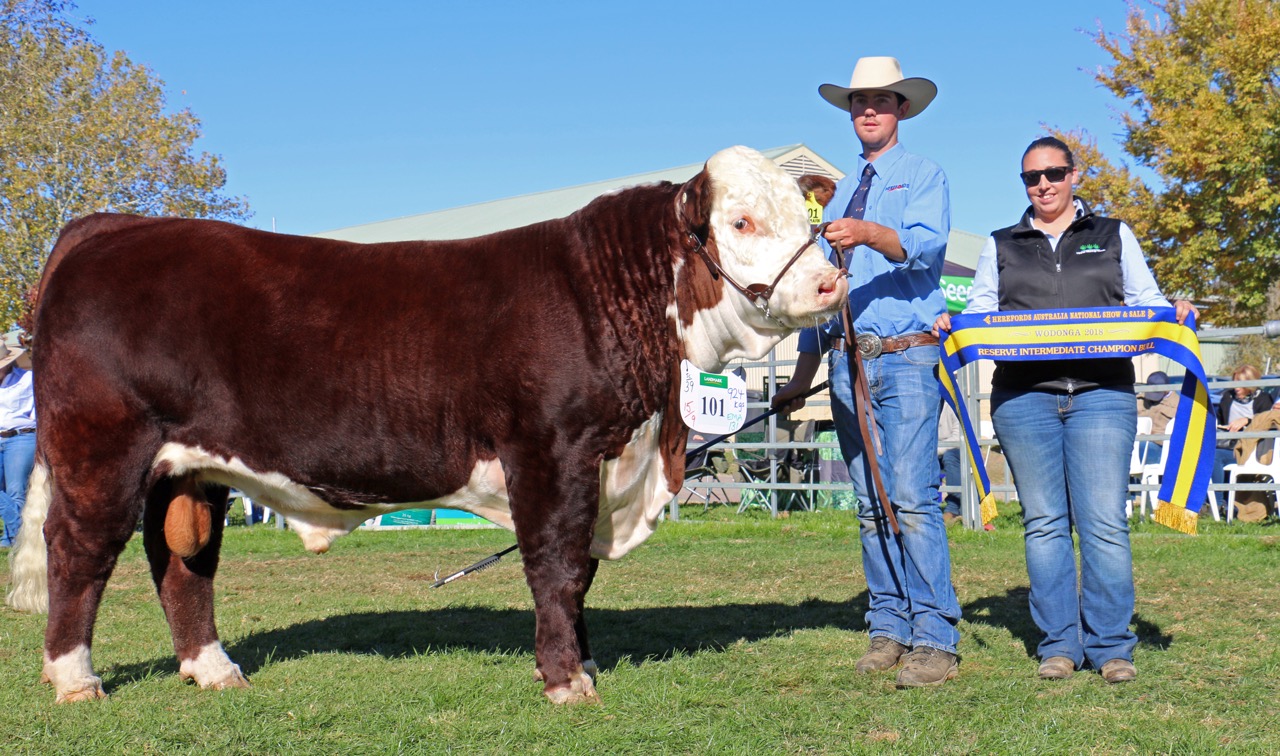 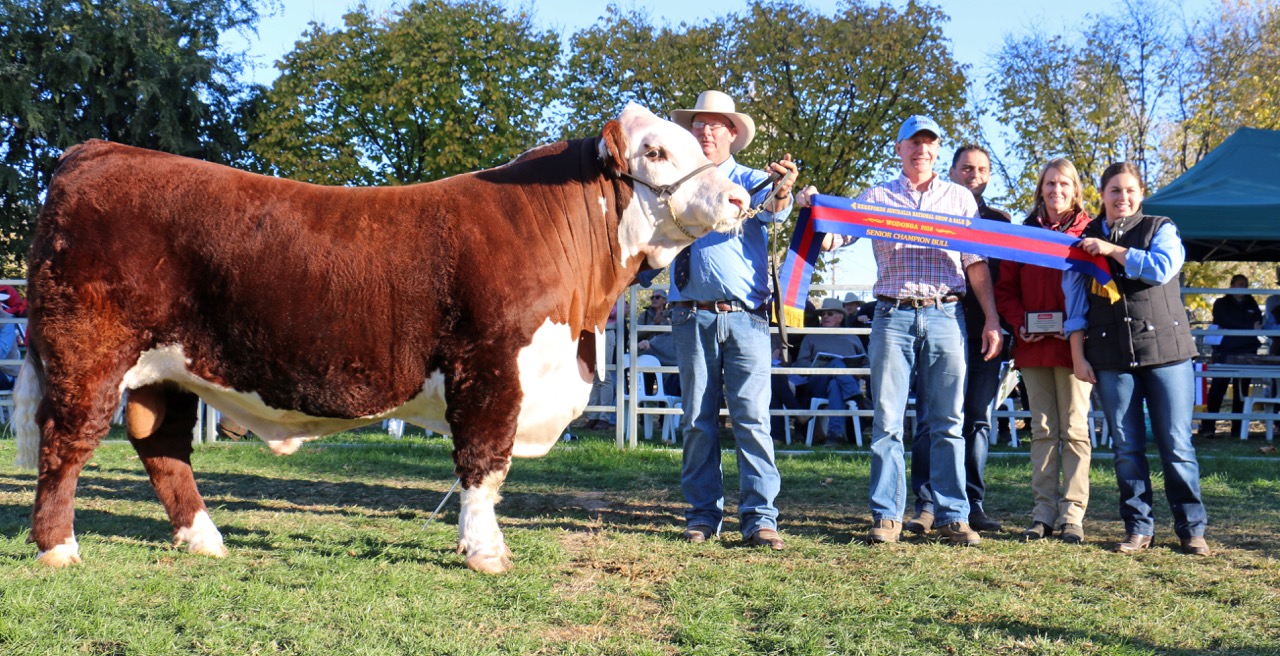 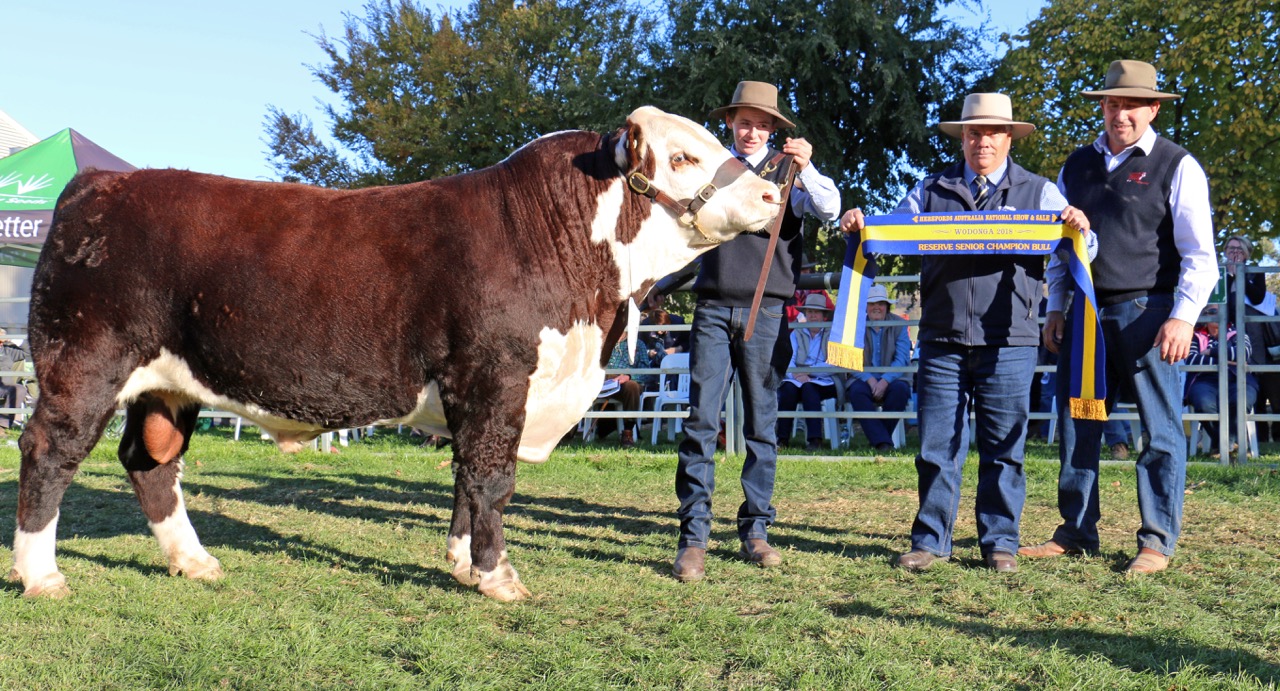 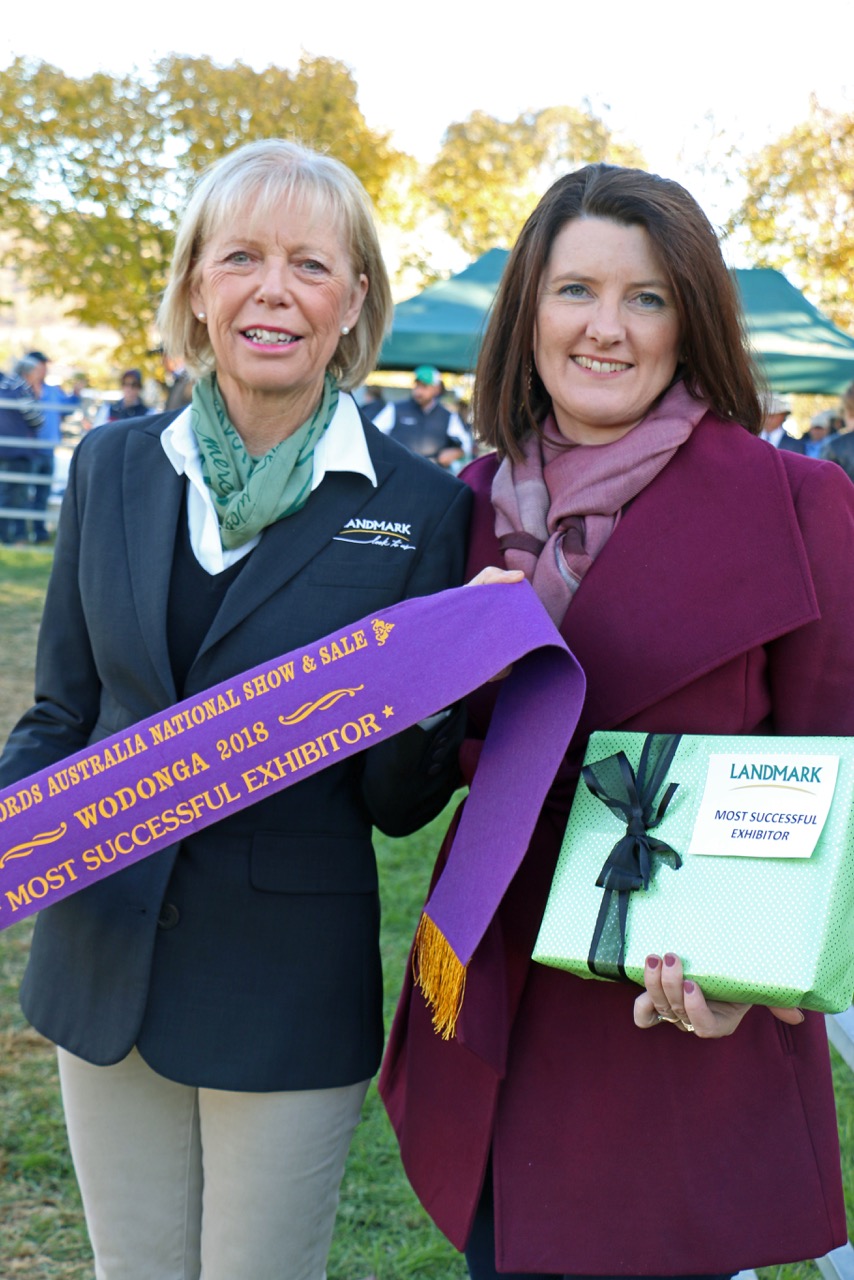