53rd Herefords Australia National Sale set to be a cracker 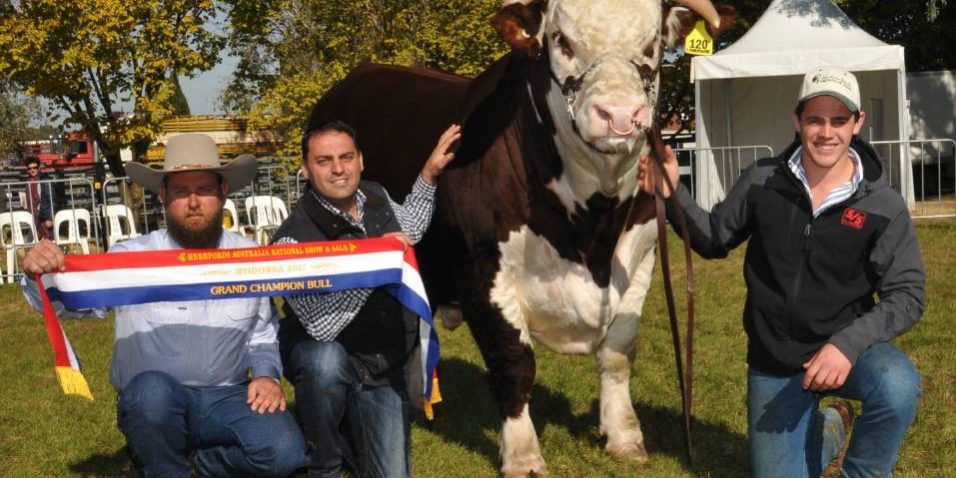 A cracking sale season plus huge success as the feature breed at Sydney Royal has led to a massive influx of bulls to go under the hammer at the 53rd Herefords Australia National Sale.

A whopping 216 bulls will be offered at the Wodonga event on May 17, coming from 55 studs from NSW, Victoria, Tasmania, South Australia and Queensland.

This will include 125 Hereford bulls and 91 Poll Herefords bulls.

Wodonga show and sale co-ordinator Katelin Davies said it was great to see such an increase in lots for the popular sale.

“We were expecting about 170 bulls. I think on the back of a successful year of sales, people are bringing one or two or three more this year to the sale,” she said. “And also on the back of being the feature breed at Sydney, what better way is there to celebrate a good show season.”

She said many studs seemed to be bringing more bulls than in previous years, such as Ravensdale stud, Holbrook, which will be offering 17 bulls, while Kaludah stud, Cooma, which last year won the coveted prize of most successful exhibitor at the Wodonga event, will be bringing 19 bulls.

This is the first time studs will be able to sell their younger ‘top of the drop’ bulls at the sale, which are led bulls which were born between January 1 and May 15 last year.

Mrs Davies said there were seven bulls to be sold in this age group.

Herefords Australia has also introduced new requirements for all entries into this year’s sale, including that the bulls must be sire verified, and also they must be free from any known genetic conditions.

But these requirements don’t seemed to have dampened the popularity of the sale, and Mrs Davies said organisers were hoping for another stand-out event.

“There have been successful sales in NSW and SA, and we are hoping it carries over,” she said.

The sale will take place from 9am on Thursday, May 17 and will be interfaced with AuctionsPlus.