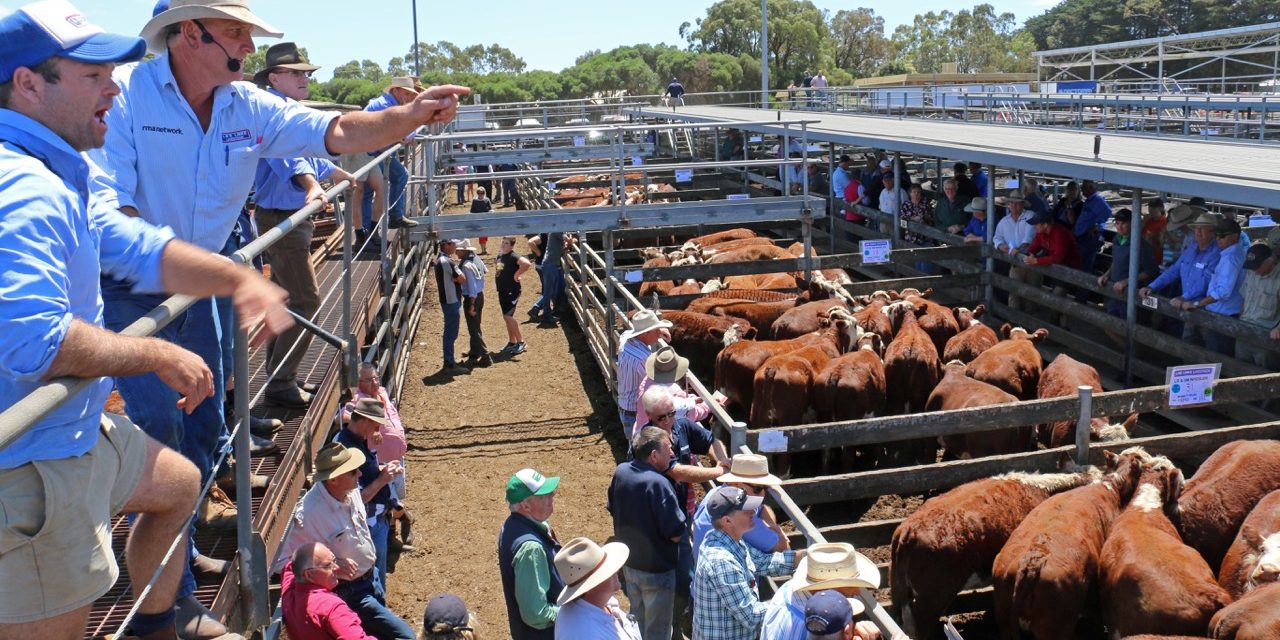 Whiteface restockers went head to head to secure a large portion of the Hereford offering at the Hamilton British Bred heifer weaner sale on Wednesday.

It fired the opening salvo in the run of Hereford weaner heifer feature sales for 2018.

Major Hereford vendor Paul Malseed, “Orana’’, Breakaway Creek, described the sale as “ a bit tough’’, with the majority of heifers selling for 270-320c/kg

“I was surprised by the result as I thought the average could have been $300 down on last year,’’ Mr Malseed said.

“A few people would have walked away disappointed with the prices of 270-280c/kg,’’ Mr Malseed said.

Mr Malseed said liveweights in his top pen were up 25kg on last year despite a difficult, wet winter.

“Our steers averaged 11kg heavier across the draft and the seconds in the heifers were 309kg compared to last year’s 294kg,’’ he said.

“The heifers were weaned onto swamp country so they were a lot fresher.’’

Topping the sale on a cents per kilogram basis was Bruce and Debbie Miller, Rowan, Carapook, with a pen of 25, Yarram Park and Injemira blood, EU accredited and 298kg, making 328c/kg or $977.

Leon and Sally Wheeler, Wallacedale, topped the sale on a dollars per head basis with a pen of 22, Yarram Park and Mawarra blood, 352kg and EU accredited, making $1094 or 311c/kg.

“We are down $150 but we were initially thinking of prices around 280c/kg and have accepted that is the way the market has become.

“The heifers went back for breeding and will be joined for a spring calving.’’

Craig Pertzel, Kerr & Co, Hamilton, described the sale as solid on the top end heifers and attracting a crowd comparable to the steer sale.

“There was a lot of local buying support with many heifers going back to the paddock to be rejoined, or into South Australia,’’ Mr Pertzel said.

“There was also some feedlot inquiry, restockers from Gippsland and heifers bought for fattening.’’

“This was on par with expectations and firm on recent sales.’’ (Image courtesy of Stock and Land)