Herefords Weight-for-Age Hits the Mark at Hamilton at $1319 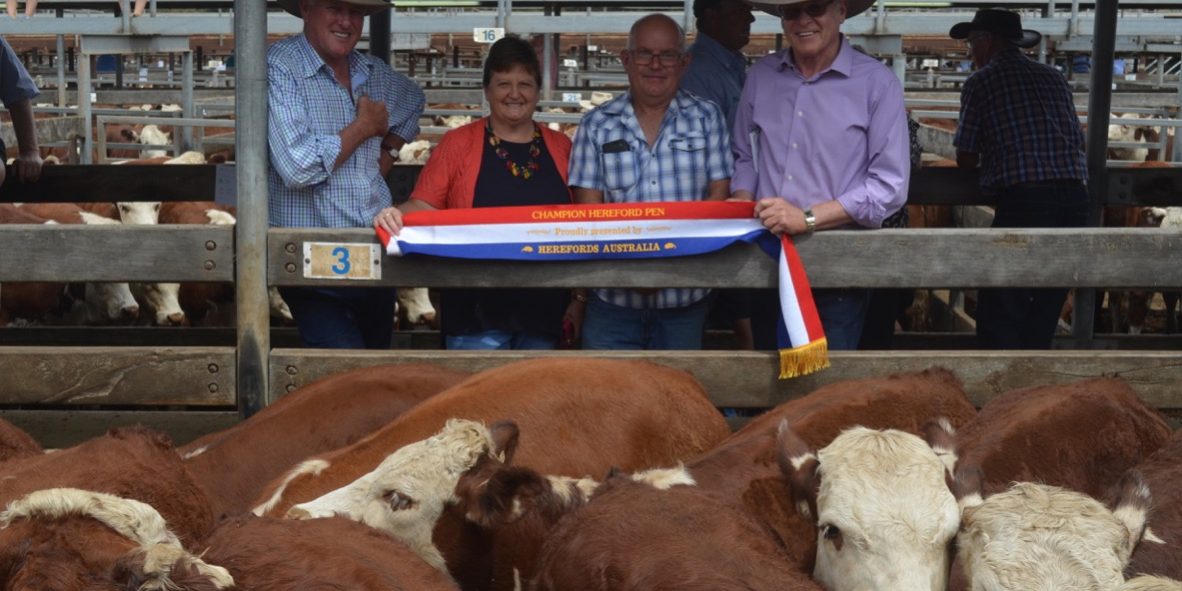 Buyers chasing weight-for-age were not disappointed at the Hamilton weaner sale, with prices hitting a top of $1319 for whiteface steers.

The equal heaviest pen of the day at 431kg was the sale topper on a dollars per head basis, with vendor Lochredal selling Yarram Park blood steers, EU accredited, for $1319 or 306c/kg to Princess Royal, SA.

He also highly commended the Murndal steer weaners of vendor Marcus Winter-Cooke, Hamilton.
The champion pen of 28 Yarram Park and Injemira blood calves was EU accredited and had been weaned for five weeks.
They weighed an average of 375kg and sold for the sale equal top of 331c/kg or $1241 to steer finisher Paul Mason, Wellington, NSW.
The highly commended Murndal pen were Yarram Park blood, EU accredited, weaned four weeks, weighed 413kg and sold to Landmark Leongatha for 310c/kg or $1280.

Also topping the sale on a cents per kilogram basis was Farena with a pen of 26 Taronga blood steers weighing 241kg and making 331c/kg or $798 to Southern Grampians Livestock. 3. The opening run of Hereford and Hereford-Shorthorn steers sold for $1030-$1319 or 283-331c/kg at the Hamilton Independent Agents weaner sale.