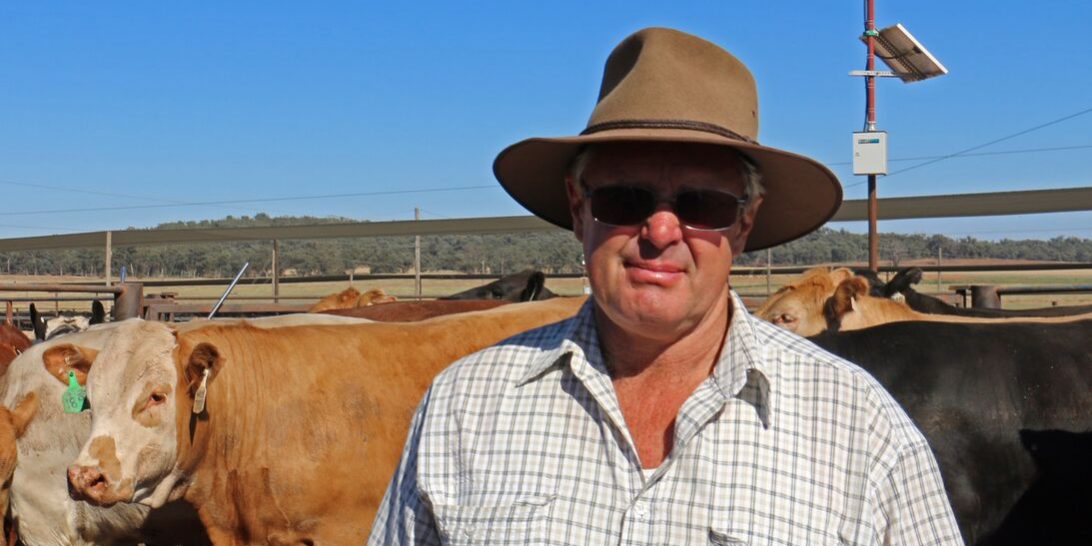 Kilograms of beef and dollars per head return are the profit drivers in a whiteface enterprise in central NSW.

Peter Moore, of Bathurst, uses Euro bulls over whiteface females in an opportunistic beef operation when the season and market dictates.

For Mr Moore, his Blink Bonnie Merino stud takes centre stage so the cattle have to be profitable to compete.

For the first time he has entered two teams of Charolais-Hereford cross steers in the Beef Spectacular 2018 Feedback Trial at Teys Australia Jindalee feedlot.

He said the red coated progeny out of the Hereford cows weighed 50kg heavier at 17 months of age at slaughter last year compared to the cream coated progeny.

He is hoping the feedback trial will give him the answer as to why.

The whiteface steers are usually sold at 16-17 months of age weighing 500kg through the Central Tablelands Livestock Exchange at Carcoar.

Mr Moore bought a line of Merawah blood Hereford females and joined them to a Charolais bull.

He selected 10 of the progeny to enter the Beef Spectacular Feedback Trial to gather feedlot and carcass data.

“This will allow me to evaluate the enterprise,’’ he said.

“I want to know if they have similar weight gain and doing ability as the other breeds.

“Dollars per head return is what I’m interested in, plus the daily weight gain and kilograms of beef compared to the averages of the other teams.

“I don’t normally sell feeder steers but like to have all options open – the cattle are there when there is surplus feed and once that runs out the cows are gone.

“This trial will allow me to evaluate what I have done – if it proves viable I am able to buy cows of the same breeding again if I want to.’’