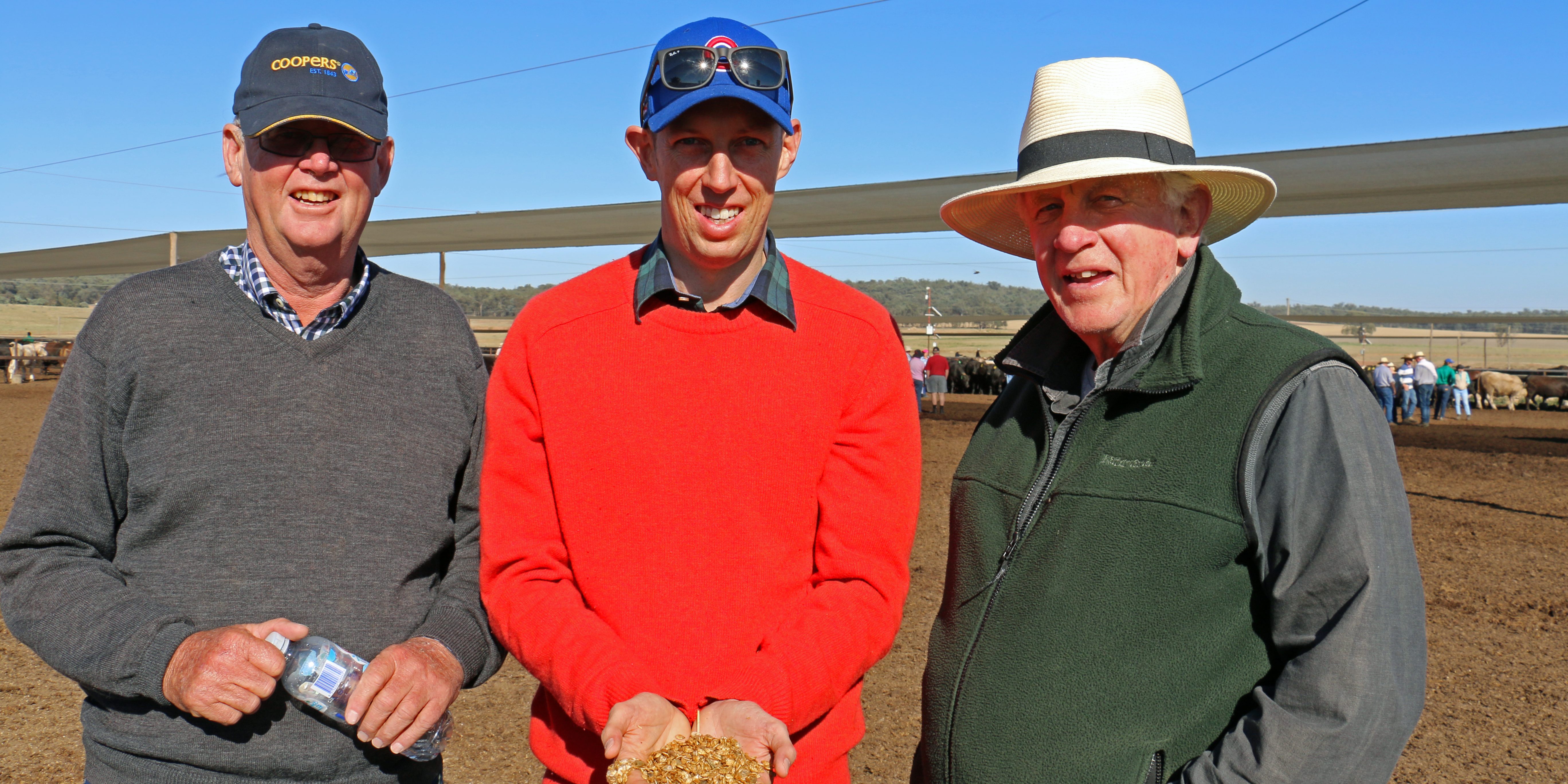 A focus on eating quality within their commercial whiteface herd has prompted a central NSW family to enter one of the nation’s biggest feedback trials.

The Hayes family run a Poll Hereford herd at “Ettlesdale’’, Caloola, on the NSW central tablelands, and are first time entrants in the Beef Spectacular 2018 Feedback Trial at Teys Australia Jindalee feedlot.

The herd is managed by Tim Leahy with the assistance of his son, Tim Jnr, and they were able to inspect their team of steers at a trial field day at Jindalee on November 22.

“This is an excellent opportunity to benchmark ourselves against all breeds and see where the herd sits,’’ Tim Leahy Jnr said.

“The steers selected were a good cross section of the herd representing different sires rather than picking the eyes out of the drop.

“The one area we can’t deny is eating quality where we need to consistently work hard.

“I’m really interested in seeing where Hereford benchmarks itself against other breeds for eating quality.

“We know marbling is so important to consumer feedback.’’

Mr Leahy Jnr said bulls with above average BREEDPLAN figures for intra-muscular fat had been selected for the Ettlesdale herd.

He said the breeding program had focused on positive carcase traits for the past 15 years, using Bowen genetics in latter years.

“This trial is an opportunity for us to get some really good carcase data on sires and to be objective.’’

Traditionally, the herd turns off 400-500kg grassfed steers to feedlots and surplus females to the saleyards.

Mr Leahy Jnr said feedback on feedlot performance had been difficult to obtain in the past so the family turned to the Beef Spectacular Feedback Trial for answers.

“Our steers were probably among the smallest coming in to this trial – there is a big variation in age and weight among all the entries so we really need to get that data on weight gain, performance and carcase quality.

“This will ultimately help us with genetic selection in the future – we have had a high focus on line breeding to achieve consistency in our cattle, and have chased hard on good cow families in the Hereford breed so it’s exciting.

“We have stuck with Herefords for their temperament and doing ability – we are very attached to the red and white.’’

Pictured Top: Tim Leahy Snr, Tim Leahy Jnr and David Hayes, all from Bathurst, have entered a team of Poll Hereford steers for the first time in the Beef Spectacular 2018 Feedback Trial.