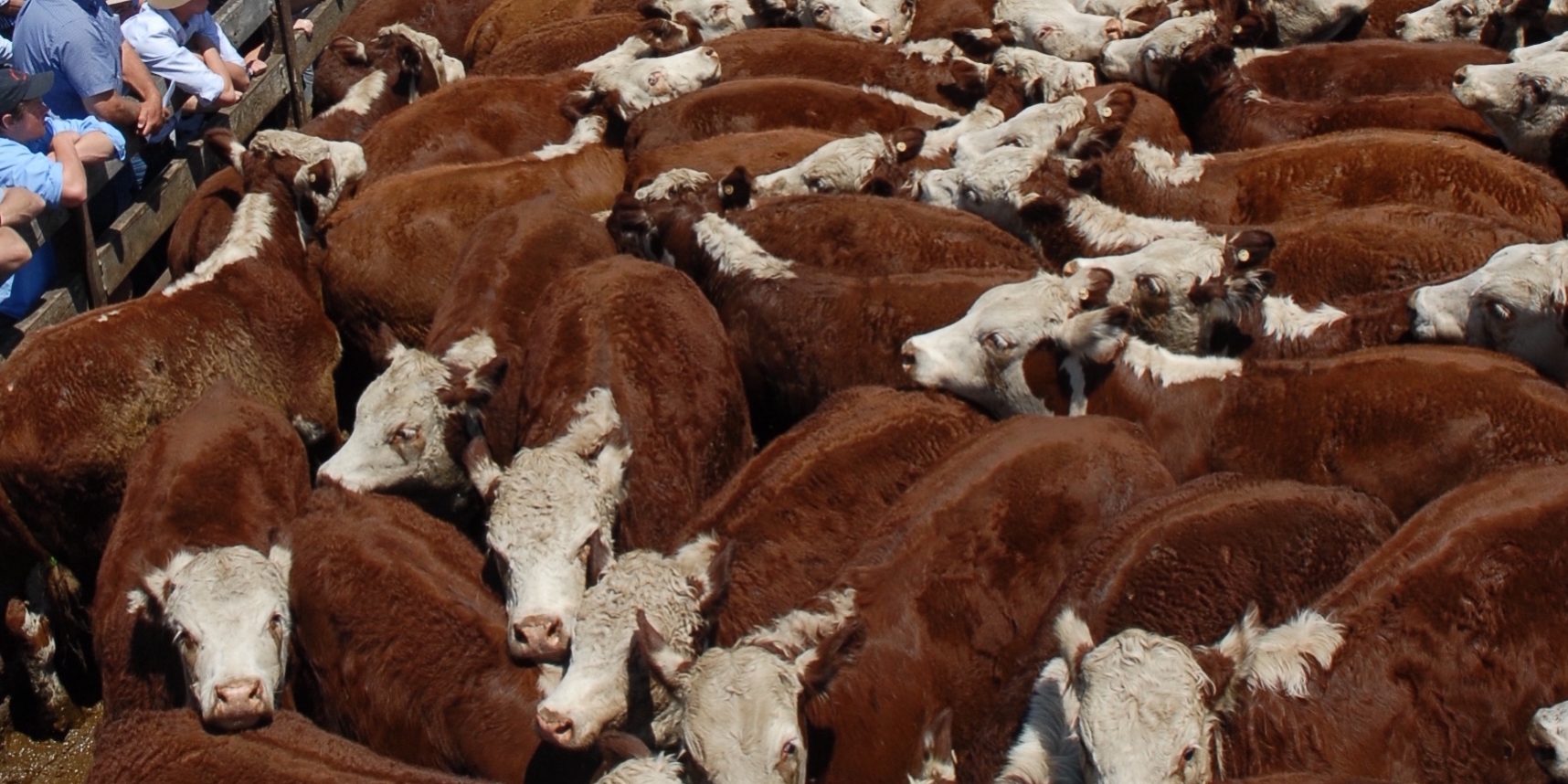 STEER weights and solid prices were the main points to emerge from the first major southern weaner sale, held at Yea.
Bidding reached a top of $1340 for Poll Herefords and $1330 for Angus calves in a yarding of 2000 weaners, which were mostly February, March and April drop.

Weights were impressive in the opening laneway of Angus steers, which were estimated at 350kg-plus and reaching around 420kg on the top pens. These sold from $1200 to $1330 for the lead draft of Inverugie Pastoral’s steers bred by Malcolm White and family.

Later in the sale the noted Howes Creek Hills Poll Hereford steer weaners from Mansfield sold to $1340, and with not as much weight as the lead blacks, topped the market in both dollars-a-head and cents-a-kilogram terms.

The $1340 Poll Herefords sold to southern bullock producer Arthur Angliss, Romsey, who is a regular buyer of the top whiteface cattle at the Mountain Sales in the autumn. He said the extended spring season in the south, after 89mm of rain in the past week, had prompted them to boost numbers.

With the recently installed weighhouse and eartag scanning system at the Yea saleyards still not operational, it was left to buyers and agents to estimate weights and c/kg rates.

Rodwells auctioneer Adam Mountjoy said the bulk of the calves appeared to be selling in a range of 340c to 365c/kg liveweight. An interesting part of the sale, he said, was that c/kg rates did not lift for the second and third draft calves as weights declined. “Usually when you turn the corner and go up (the second laneway) the market takes off but that didn’t happen and those calves looked buyable at $1080 to $1140 at similar c/kg rates to the heavies,’’ he said.

Overall Rodwells reported an average of $1136 for 1006 steer calves. While still good money, vendors noted that it marked a correction of about $225 on last year’s exceptional result when steers sold to over $1500.

It was local north-east restockers, with feedlot activity and some southern orders from the Western District (Landmark International secured around 160 steers which will be backgrounded in that region) that supported the market. Gippsland buyers were very quiet.

The heifer section lacked numbers and quality, with agents reporting a lot of heifers had been kept as replacements or sold to live export orders.