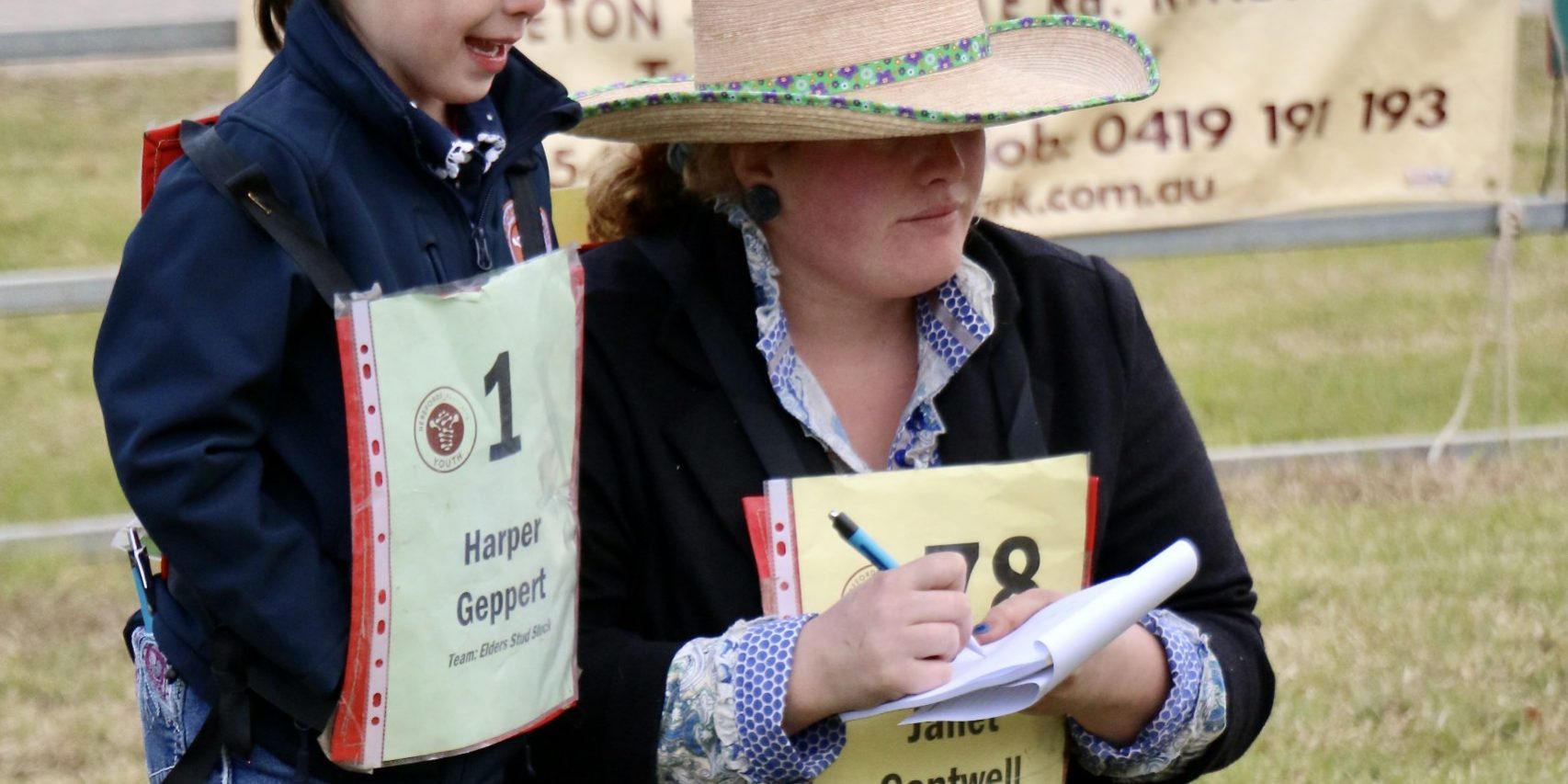 Two of the Hereford breed’s most promising up and coming talents will travel to learn more about the beef industry after being named as this year’s recipients of the Herefords Australia National Youth Travel Scholarship.

Brittany Abbott, Wagga Wagga, and Janet Cantwell, Braidwood, NSW, will each receive $2500 to fund travel within Australia or New Zealand to further develop their knowledge at a destination and for a duration of their choice.

Established in 2019, the scholarships are open to applicants over 18 years of age competing in the Herefords Australia National Youth Expo.

Brittany and Janet were presented with their awards by Herefords Australia deputy chairman Marc Greening.

“We see these youth as the future of the breed and they are people who will get involved in the breeding side and also make a contribution back to the breed,” Mr Greening said.

“These scholarships are a fantastic opportunity for youth to aspire to.”

Janet, 25, juggles her Mulloon Poll Hereford stud of 12 registered cows with a job as a lifeguard and swim instructor at the Queanbeyan pool, and aims to become a full-time cattle producer.

She paid tribute to the Herefords Australia Youth Committee for organising such a successful youth expo at Wodonga.

“The scholarship was a real surprise – I want to visit bigger Hereford operations in Victoria, southern NSW and northern NSW to get an idea of where I want to be heading and to hear how other people got there.

“To everyone who has supported me through starting my youth journey in 2015/16, I am grateful for every single one and would not be where I am or who I am without the guidance and support.”

She competed with her own heifer and contributed three ballot heifers from Mulloon Poll Herefords, with young handlers Henry Brewer, Jack Lennon and Hannah Lennon helping out.

“These three not only took advice but were always willing to help while also soaking up all the information,” she said.

Janet placed second in the heifer class with Mulloon Sweet Magic, was senior reserve champion judge and she was pleased to see Jack and Henry win awards.

Mulloon Poll Herefords is a partnership between herself and her mother Marlene Cantwell, with their first stud purchase in 2014.

Janet paid tribute to her school show team and agricultural teacher for teaching her the fundamentals of showing and giving her the “showing bug”.

“I never realised what the Hereford community would be like and the opportunities linked to this.”

Janet said throughout her journey breeding seedstock there had been heartache and success but there was always a supportive community allowing her to gain a greater understanding of cattle breeding.

She represented Australia in the Herefords Australia Youth team at the World Hereford Conference in New Zealand in 2020.

The strength of the Hereford community struck home in 2019 for Janet and Marlene when they lost cattle in a lightning strike.

“The support offered by the Hereford community to us with growing our herd again was astounding,” she said.

“This community is one of the best and I am so grateful for everyone involved in where I am today.

“The knowledge gained from youth shows, offers of assistance with breeding semen and help especially in times where we had other impacting factors.”

Brittany Abbott, 20, grew up on a Red Poll stud at Kolora, in southwest Victoria and is studying a Bachelor of Animal Science at Charles Sturt University, Wagga Wagga, NSW.

“I’ve been passionate about the beef industry since day dot and both our properties back onto South Boorook so I got used to looking at Herefords over the fence,” Brittany said.

“I’m planning to go into veterinary science to specialise in reproduction.”

She had a gap year working for Total Livestock Genetics gaining exposure to artificial insemination techniques and leading bull genetics.

“Herefords are a big breed but are so open and encouraging with youth, and that was a big attraction for me,” she said.

“I had been to other straight bred camps before but with Herefords Australia Youth no one really cared if you were a third-generation breeder or starting out.”

Under the scholarship Brittany plans to visit genetic collection sites and Hereford herds in northern NSW and Queensland to understand market requirements.

At home she breeds a three-way cross animal using Hereford, Speckle Park and Red Poll, and would like to develop a composite animal utilising the hybrid vigour and carcase traits.

“In our area there is a lot of composite usage, so I will see how the (Hereford infused) composite progresses with the Hereford growth and fat coverage, Speckle Park carcase and red coat from the Red Poll.

“To be considered for the Herefords Australia Youth scholarship was amazing and gives me encouragement to keep going.” 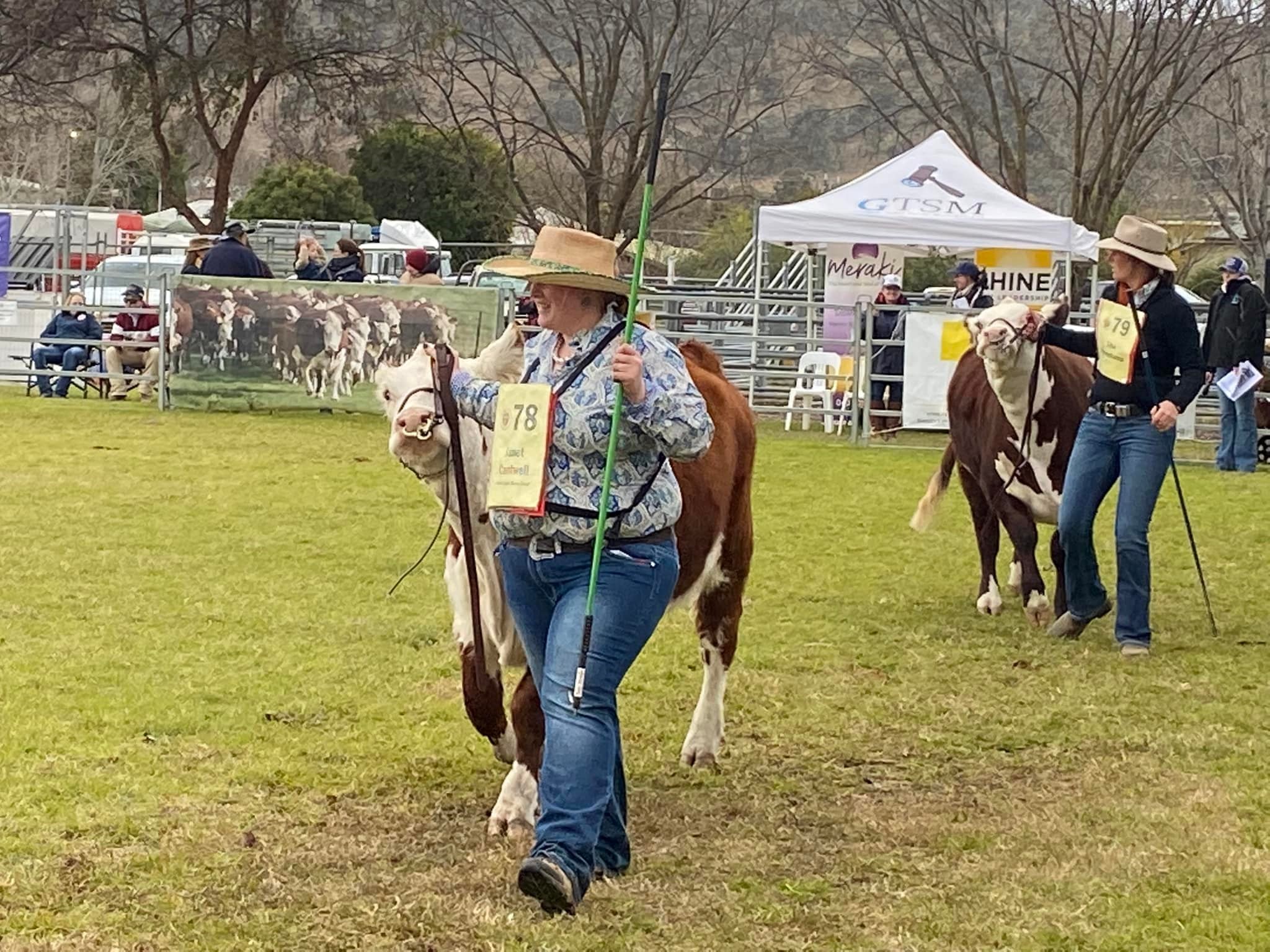 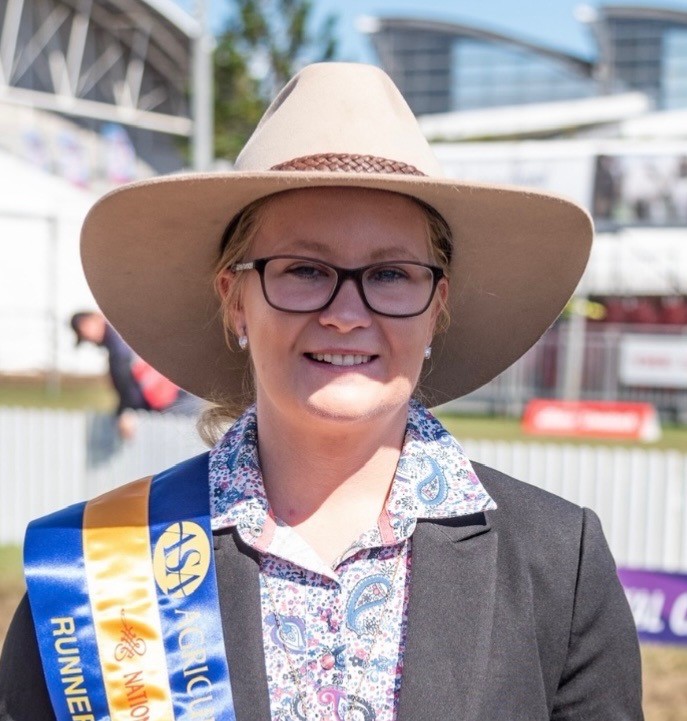 Brittany Abbott will pursue her goals of studying reproductive animal science with the scholarship funds.