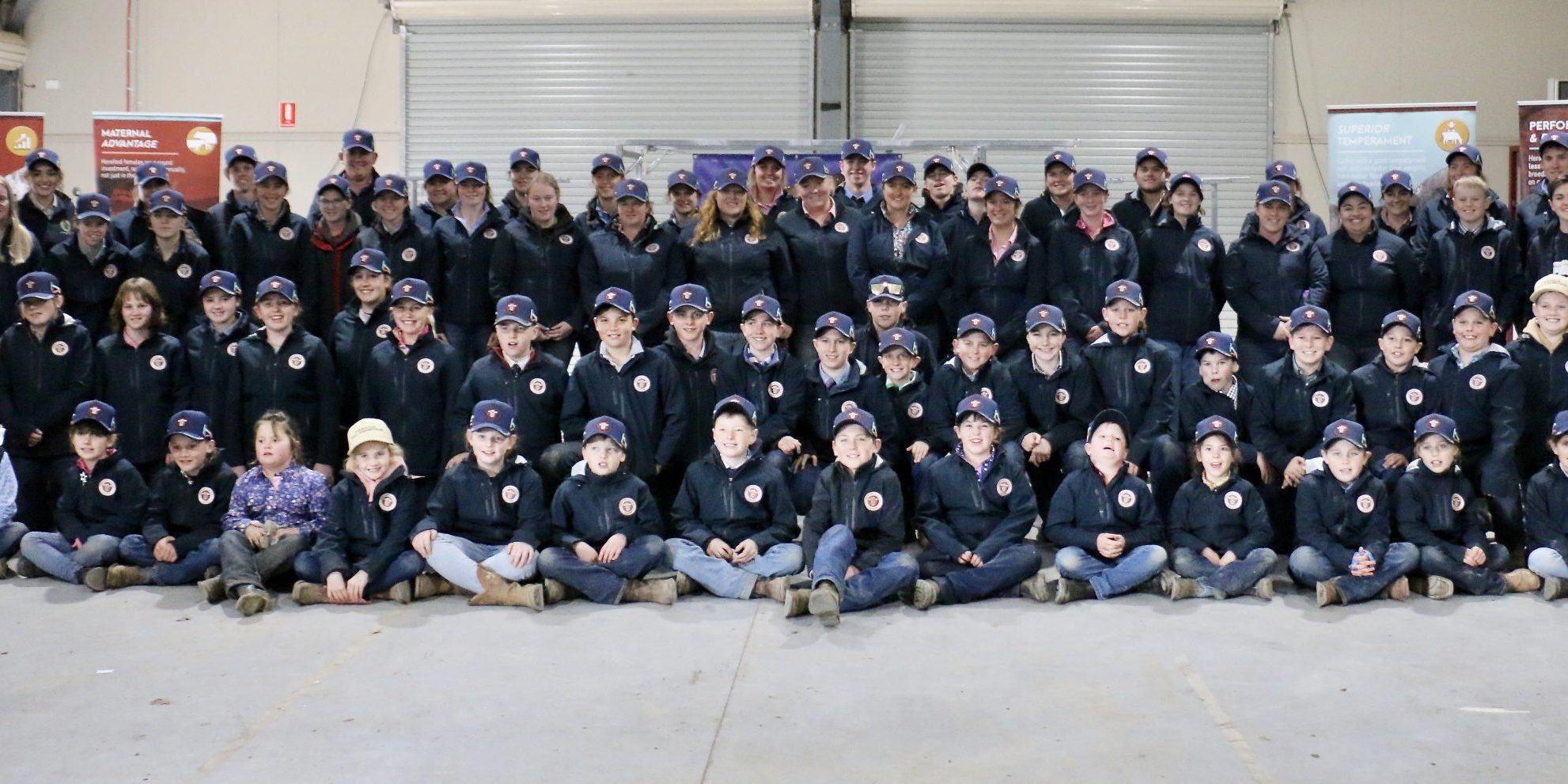 The expo was held at the Wodonga Exhibition Centre on July 6-9 and drew 79 participants ranging in age from six to 25 years from NSW, Victoria, South Australia and across the Tasman.

The intermediate and senior participants had a field visit to Billabong Beef Company, Bungowannah, with topics on carcase selection by Marc Greening and Herefords Australia Breed and Business Development manager Kathleen Allan.

“It’s a fun community and we are all wanting to invest in the next generation. By joining young people have access to the Youth Expo, field days and workshops throughout the year.”

Alicia Trovatello said Georgia had shown passion, enthusiasm and was keen to help others.

Daryl Holder, The Cattle Shop, presented the Jason Sutherland Award in conjunction with the Sydney Regional Hereford Group to encourage, honour and celebrate the contribution the late Mr Sutherland had made to the industry.

A participant who came to the show with a team of 21 cattle to care for, William van Gend, Llandillo Poll Herefords, The Lagoon, NSW, received the award.

Mr Holder said William had a great mentor in stud manager Lee White and was outstanding in helping others in turn.

“We see these youth as the future of the breed and they are people who will get involved in the breeding side and also make a contribution back to the breed,” Mr Greening said.

“These scholarships are a fantastic opportunity for youth to aspire to.”

In the paraders, Sam Garvin, Orange, NSW, cruised through the heats to win champion junior and grand champion, making it back-to-back titles after taking out the grand champion parader at the 2019 Expo at Parkes.

“He blew me away with how experienced and professional he was,” Mr Hollis said.

“I would be happy to have him on the halter of my animals.”

The 12-year-old Year 7 student paraded Kianma Matchless S04 and paid tribute to his father Chris Garvin for helping him hone his skills.

“I love the expo for its atmosphere, meeting people and learning new things,” Sam said.

He is now preparing for the National All Breeds Heifer Show at Blayney in September.

Elsie went on to be champion with Mr Hollis describing her as natural, neat and tidy, and making the class about her heifer and not herself.

Coming in as reserve champion was Samuel Guy aided by his buddy Elizabeth Farrugia.

In the junior paraders, Max White, The Lagoon, NSW, was reserve champion to Sam Garvin.

Mitchell Taylor, Eclipse Poll Herefords, Quipolly, NSW, came up trumps in the championship for the intermediate paraders with Alexi Carmichael in reserve.

William van Gend was a popular winner in the senior division, taking out the championship and described by Mr Hollis as “cool, calm and collected”.

Lillian Oke was second in the heat to William and took out the reserve, with Mr Hollis praising her showmanship and sharpness.

The autumn 2021 drop grand champion was sired by Grathlyn Pacemaker and out of Llandillo Julie P034, and exhibited by Llandillo Poll Herefords, The Lagoon.

“Max has been putting in the hard yards at home with that heifer and there are not too many holes in that female,” he said.

The champion bred and owned class was won by Thomas Holt with Tondara Novelty 174 and Skye Hubbard in second with Shotgun Elsa Q004.

Held at a dinner at the SSA&A Club, the Herefords Australia Youth Auction raised $6525 and was topped by a bidding duel to $1750 for a model Case harvester donated by Agrimac Warrnambool.

Check out the gallery for all the photos.