You are here:
NewsShow ResultsUncategorized 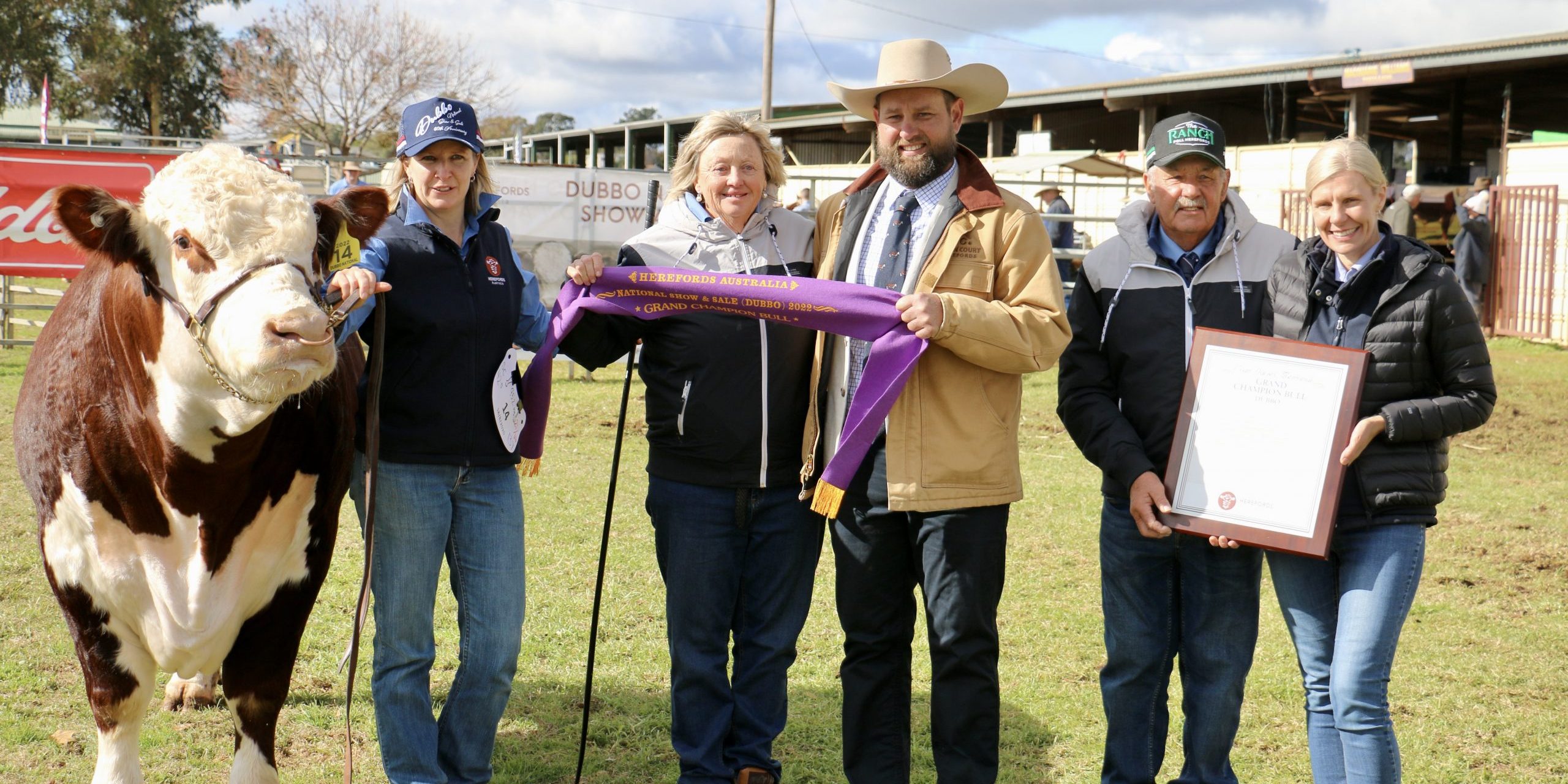 A cracking crowd pleaser of a bull stormed his way through the classes at the 2022 Herefords Australia National Show and Sale at Dubbo today to win grand champion.

The Ranch Remington R028, a Koanui Techno 3062 son, was sashed as senior and grand champion by judge Tom Nixon, Devon Court Herefords, Drillham, Queensland, in front of an appreciative audience.

“He is a really complete bull – he’s a fantastic article,” Mr Nixon said.

Vendor Del Rees described Remington as the best bull ever bred at The Ranch and the stud had collected 100 straws of semen for within herd use.

“He is out of our best cow, The Ranch Tilly J05, who is by Days Wizard F84, and we have used a lot of that blood over the time producing good udders, and with Techno it is a good combination we are proud to have bred,” Mrs Rees said.

Mr Nixon described the bull as having softness, grunt, depth of flank and clean through the shoulder.

“He has that eye appeal, softness, the meat and the gas tank,” Mr Nixon said.

Mr Nixon said the female was doing a fantastic job on her calf, had a beautiful front, was clean through the shoulder and a credit to the breed.

“The junior champion heifer is a fantastic female with her body and udder development,” Mr Nixon said.

Her stablemate Llandillo Gladiola S18 was sashed as the reserve junior champion.

The prestigious Presidents Shield teams of three bulls was hotly contested and won by Llandillo Poll Herefords with Grathlyn as runner-up. 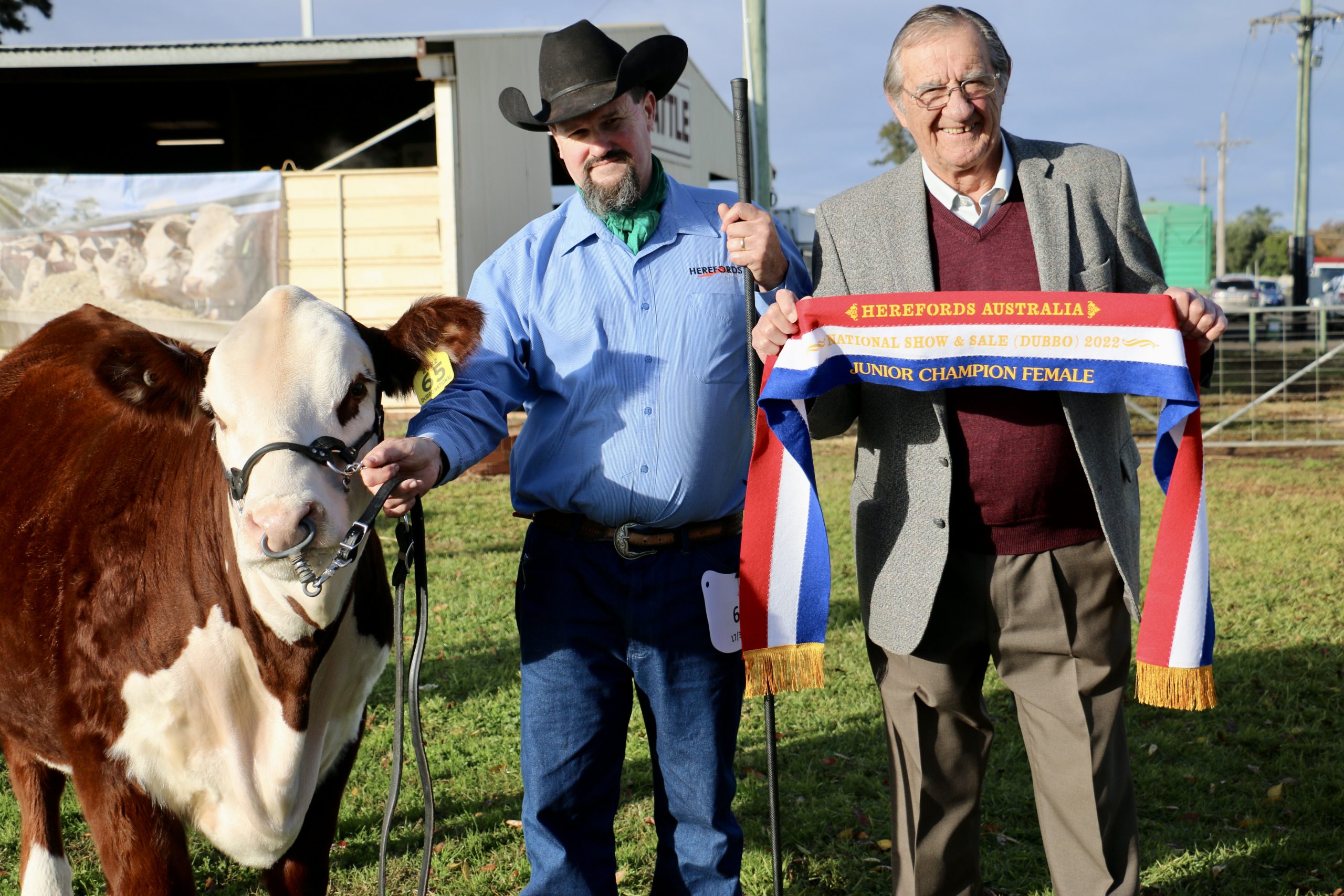 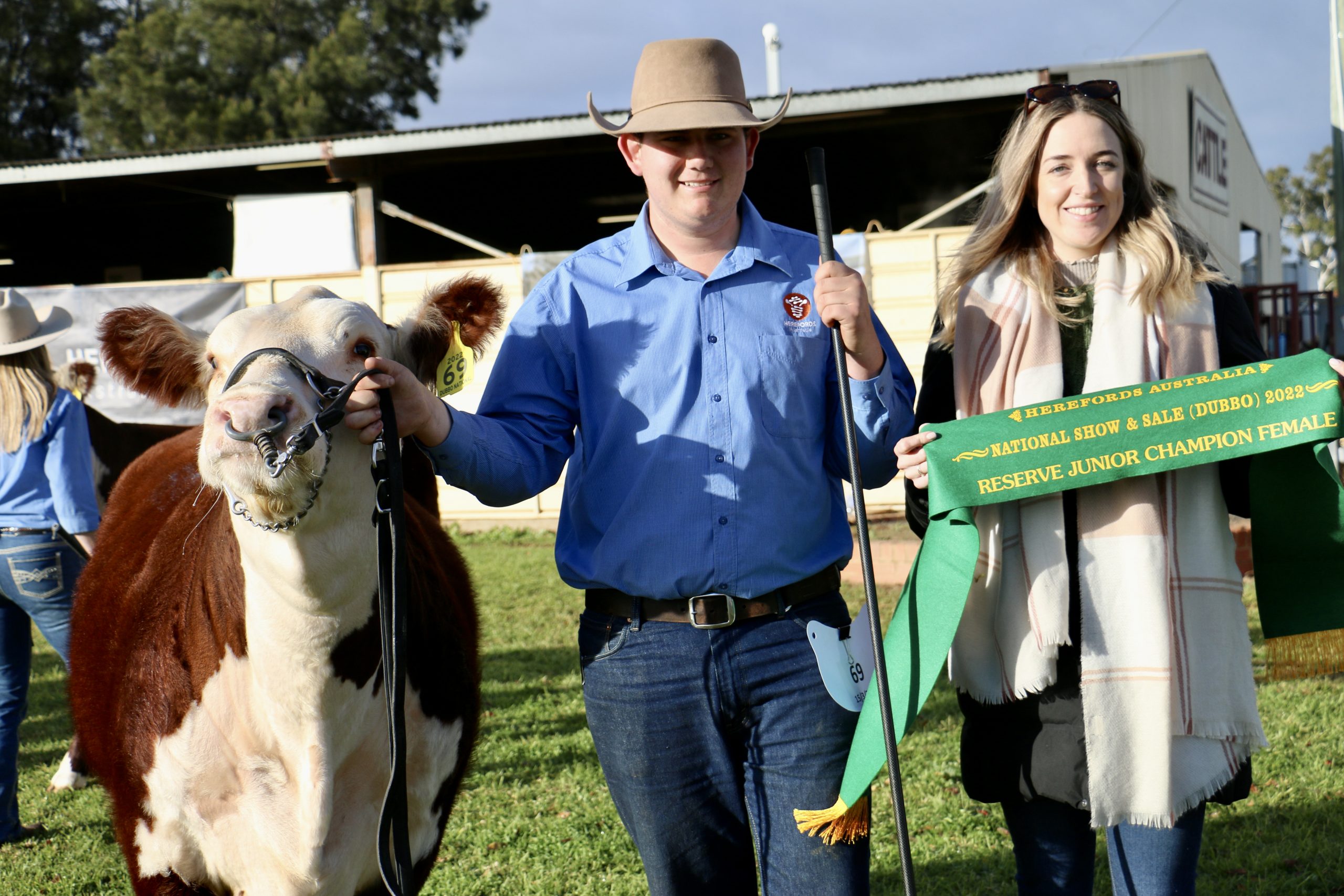 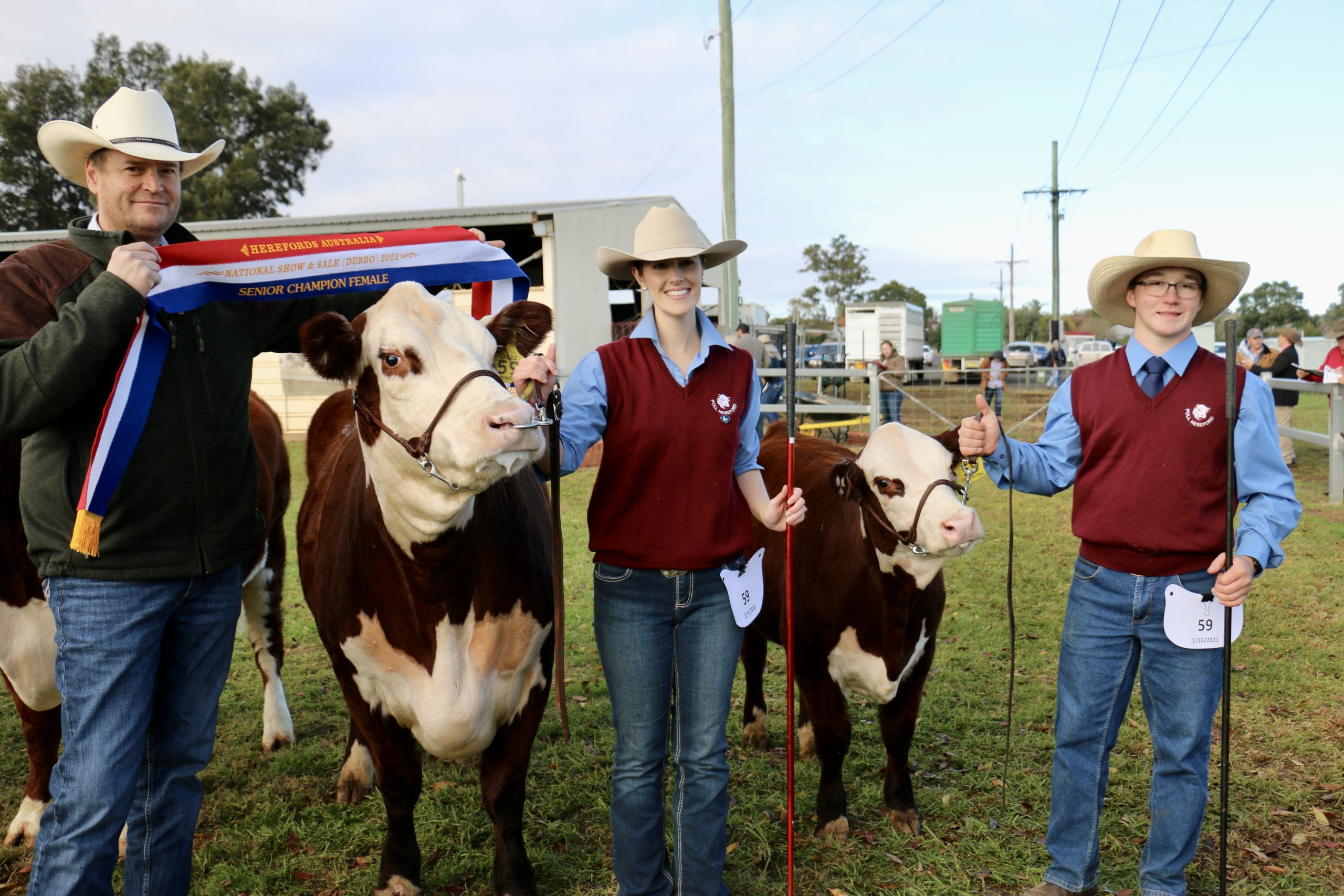 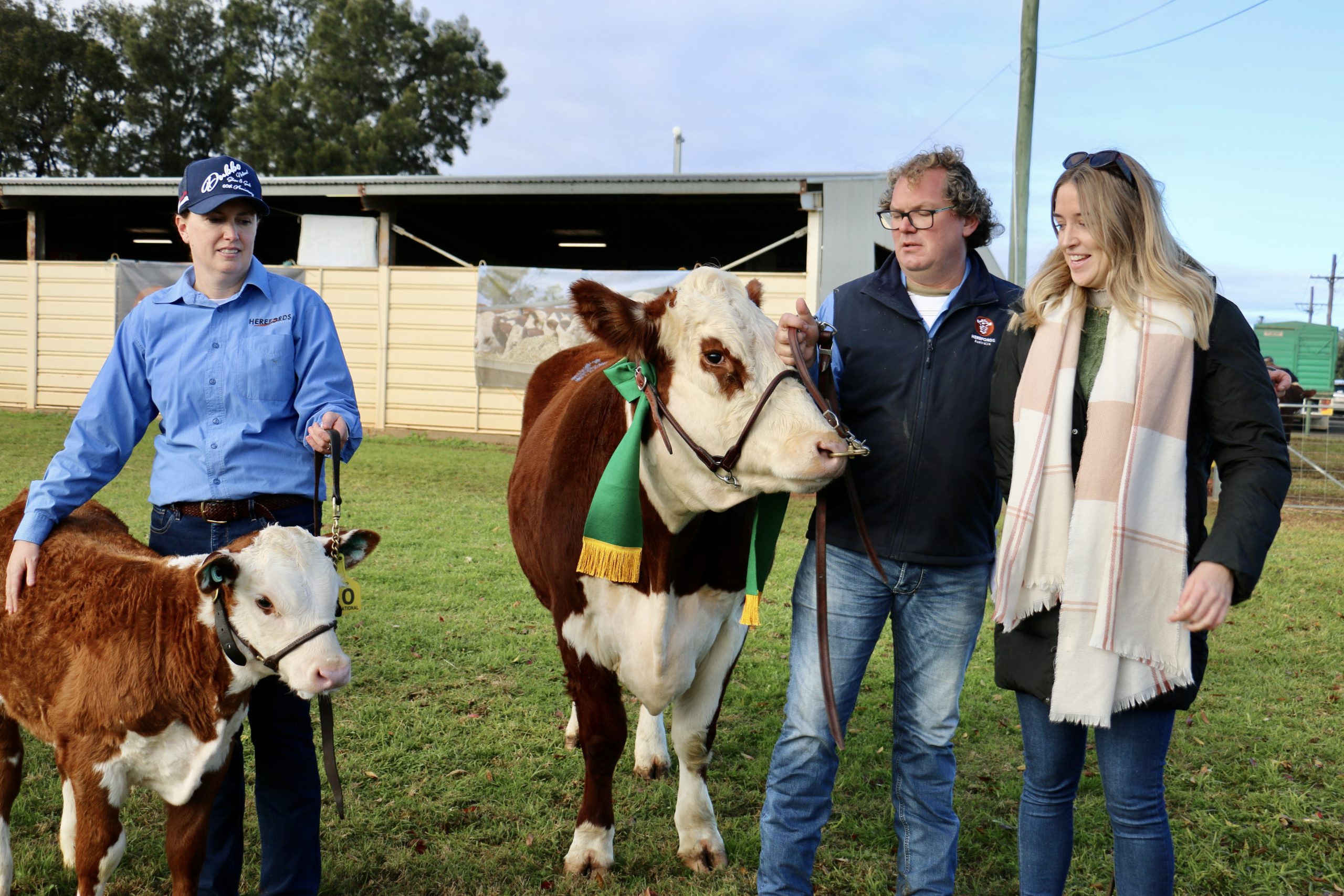 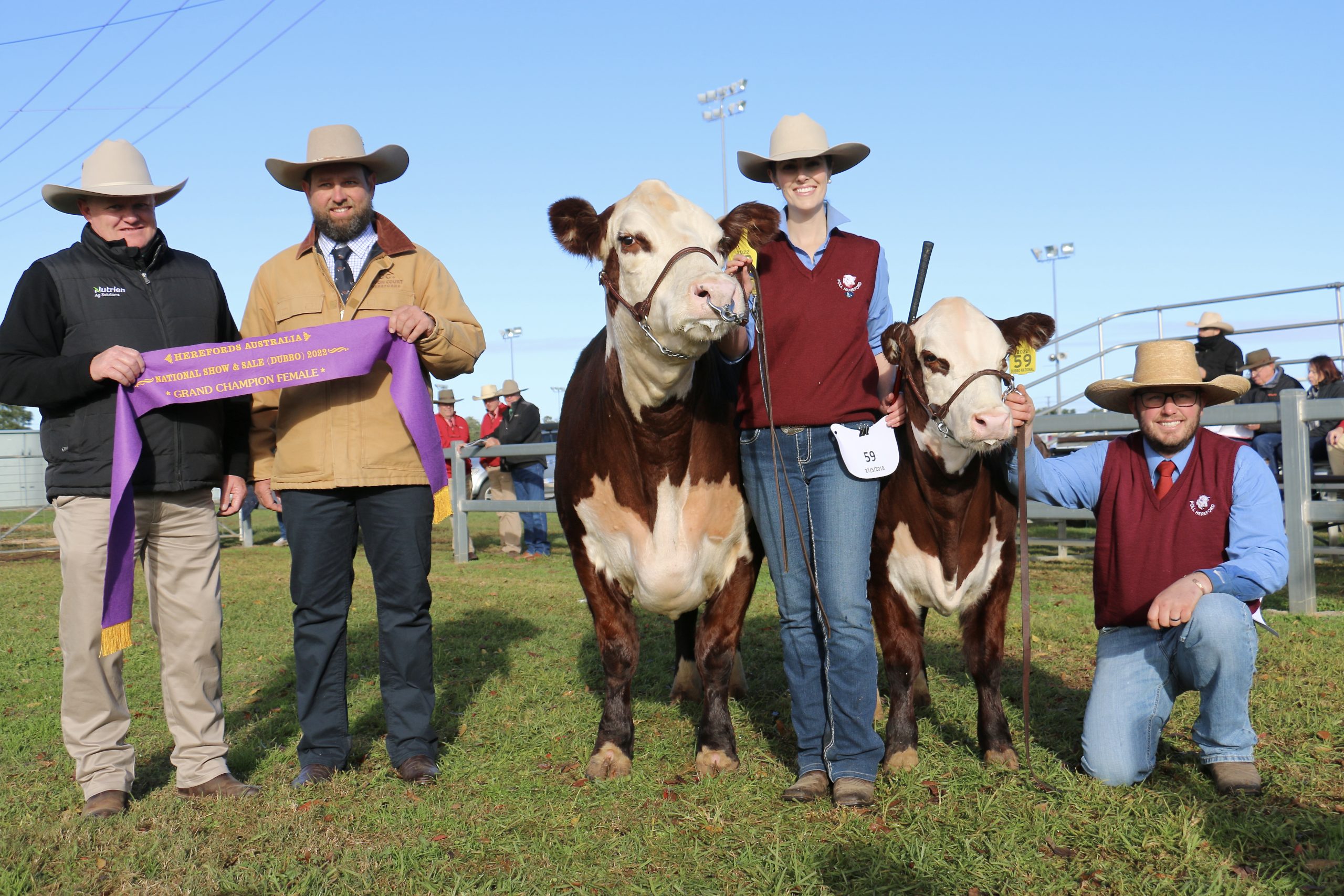 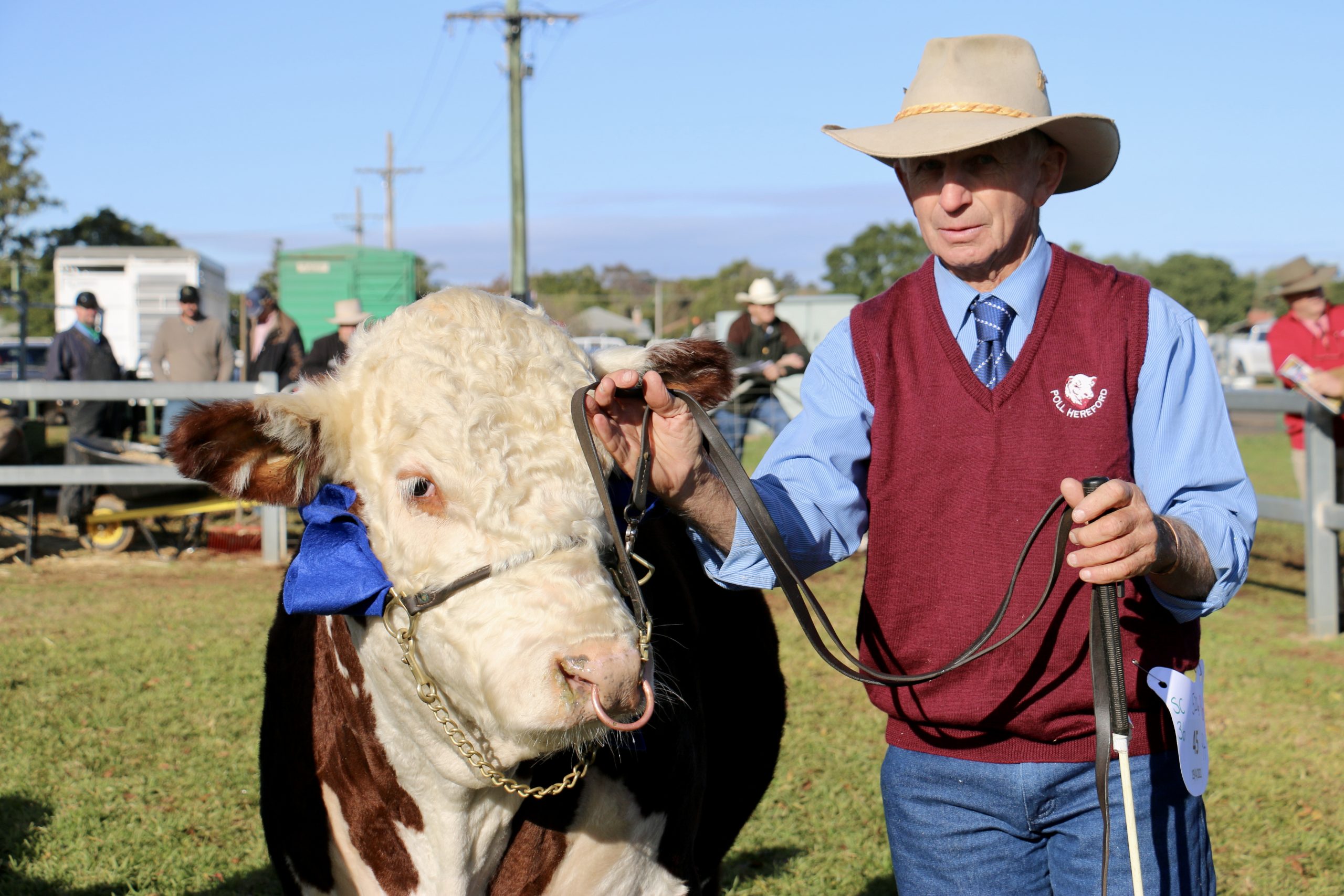 Chris Law on the halter of Supple Schmick, exhibited by Supple Whiteface, Guyra 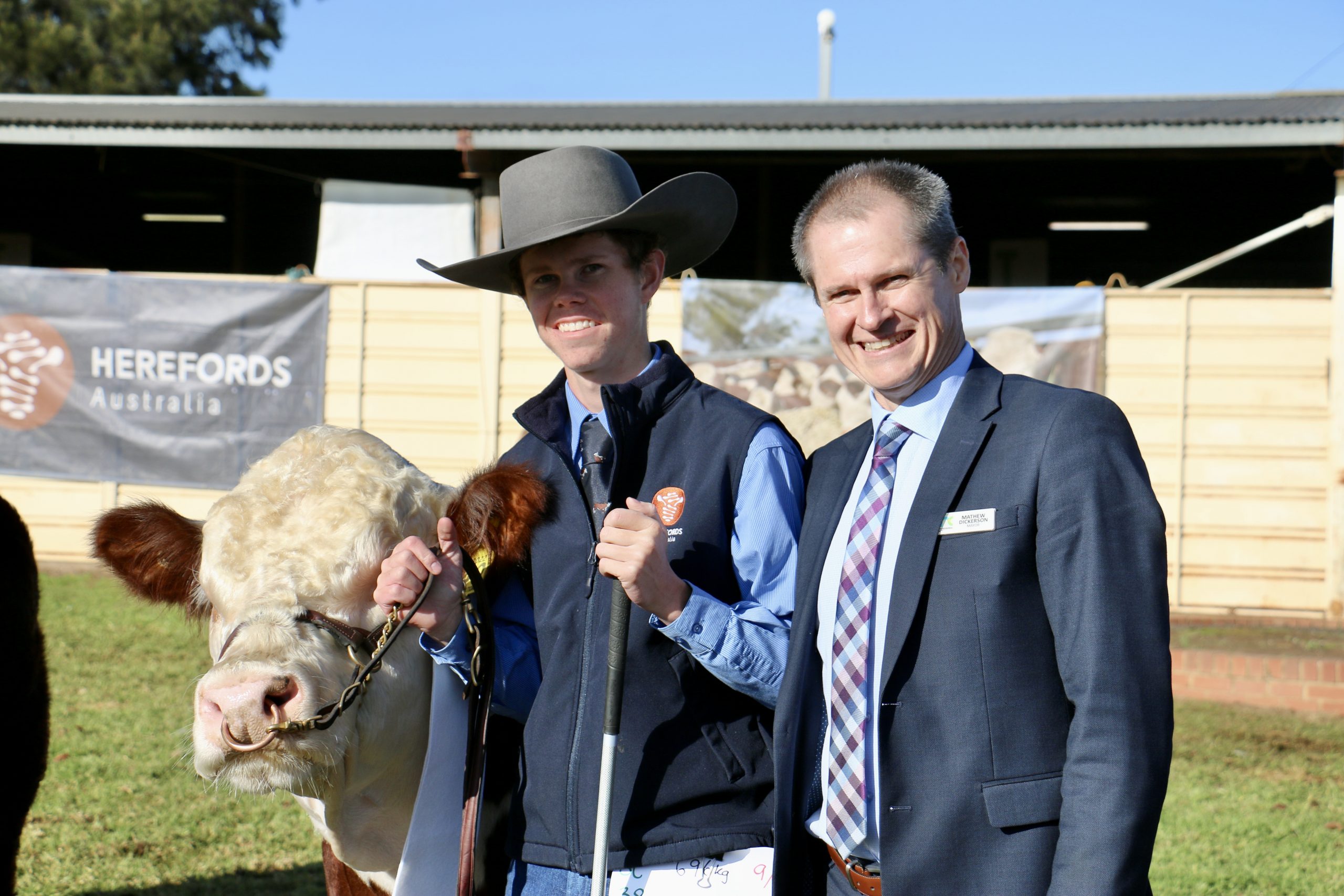 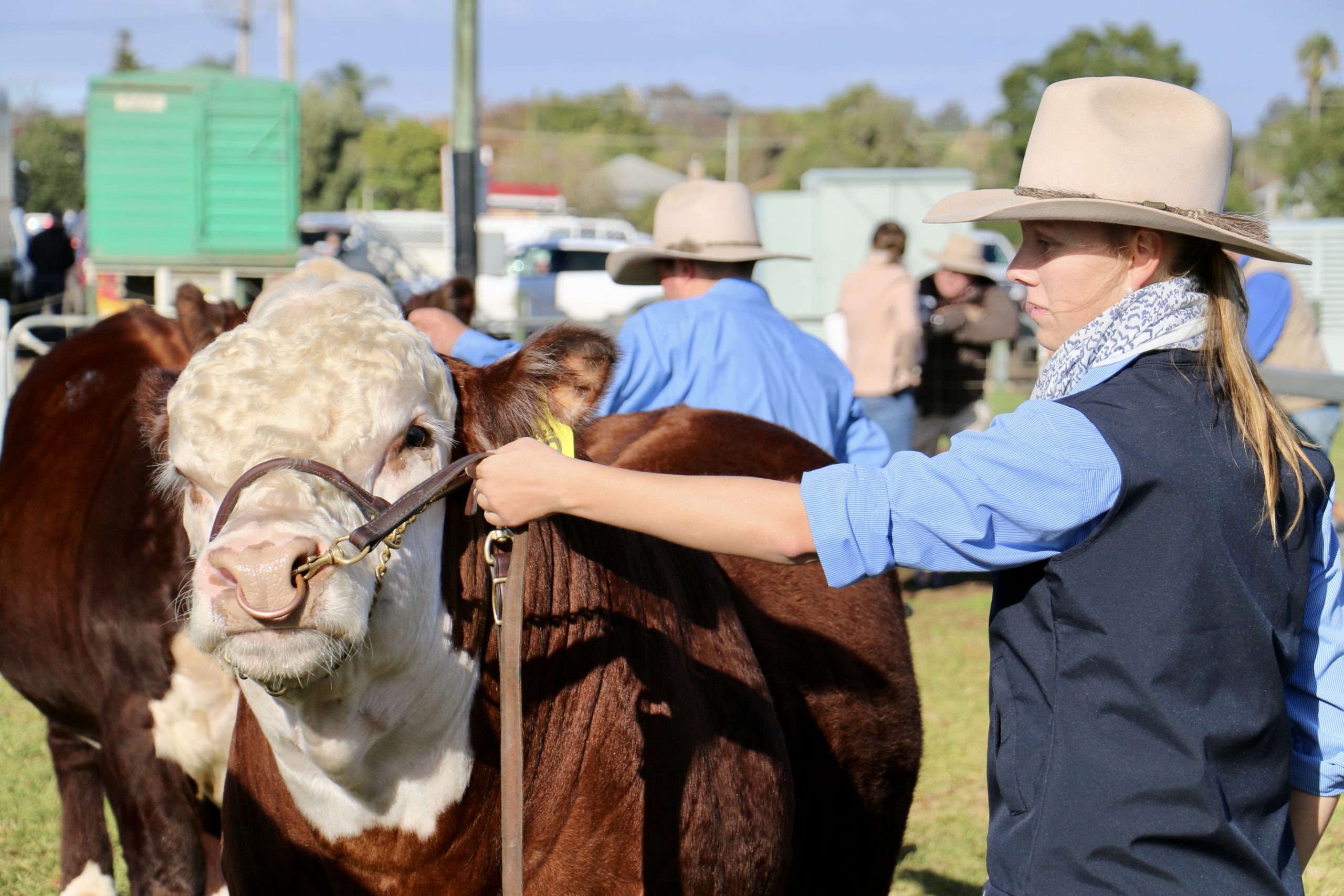 Emily Taylor, 18, keeps her eye on the judge in the show classes 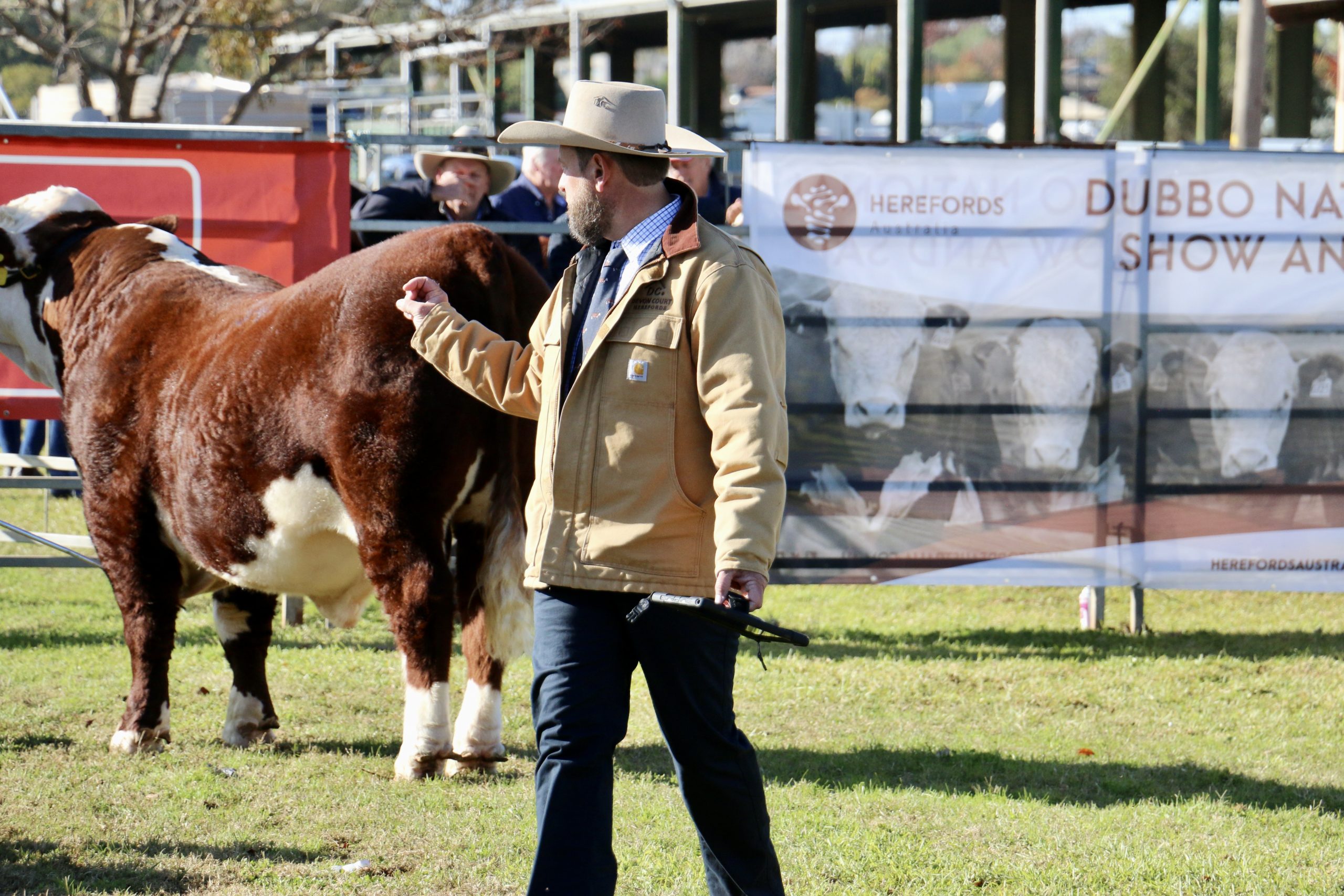 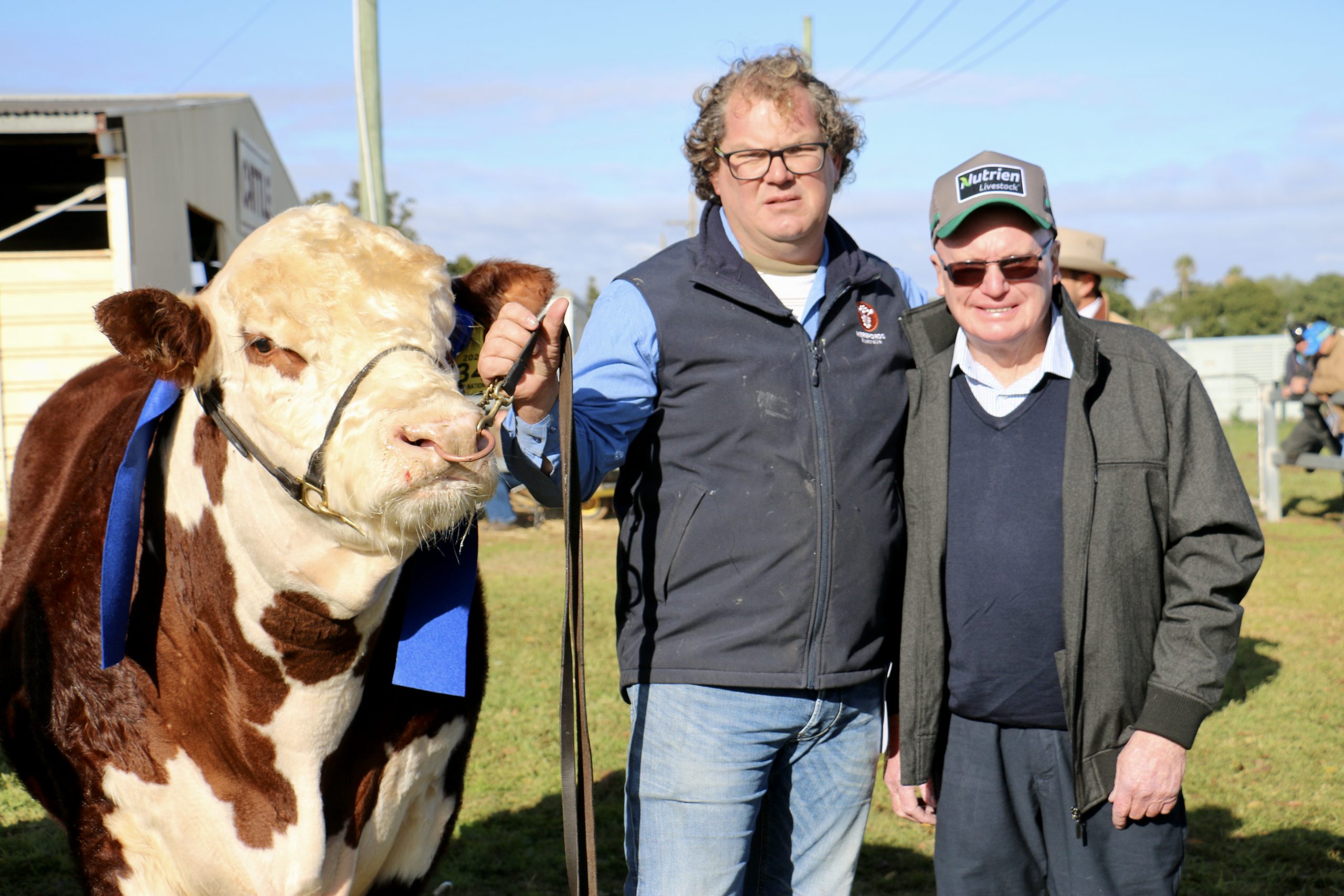 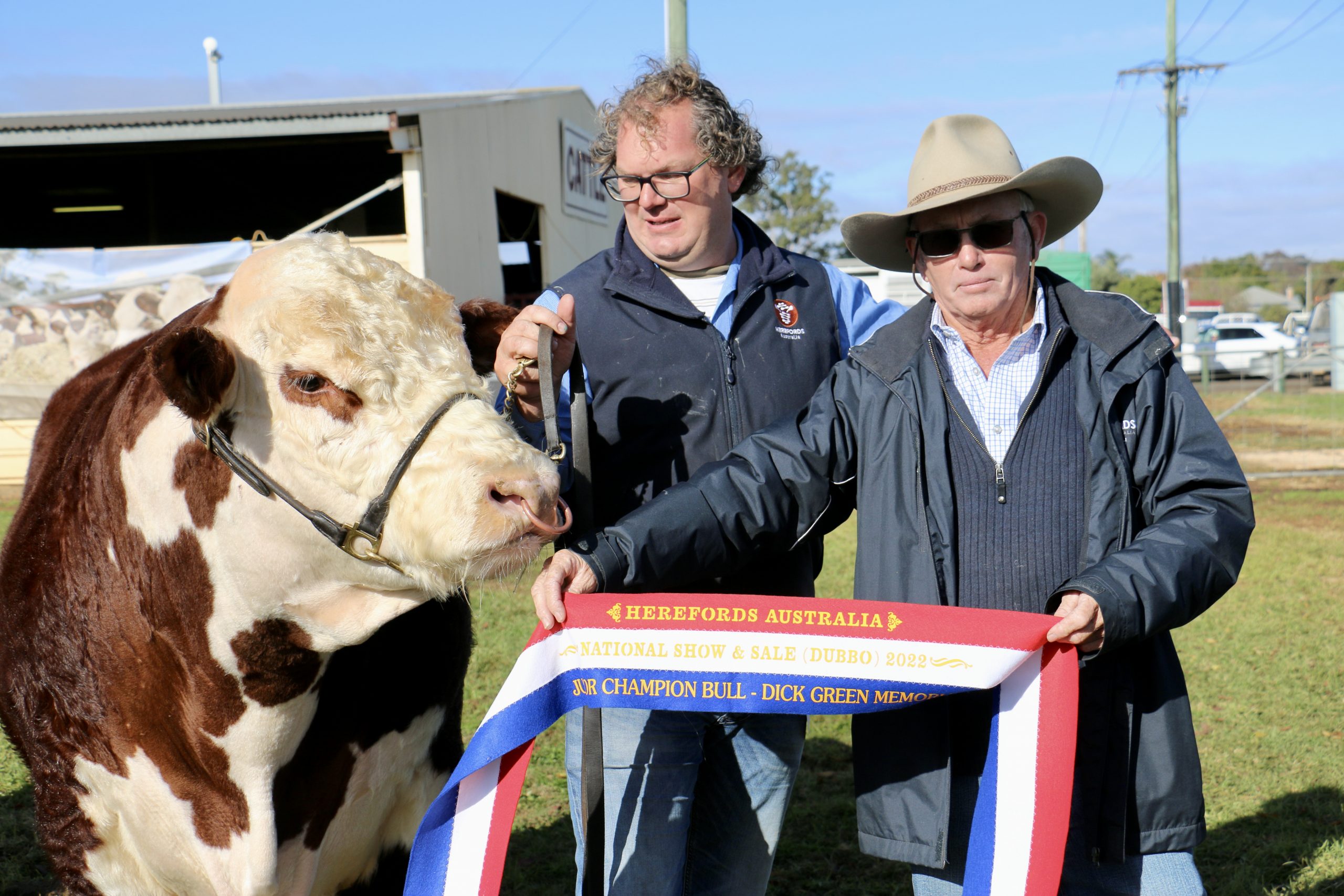 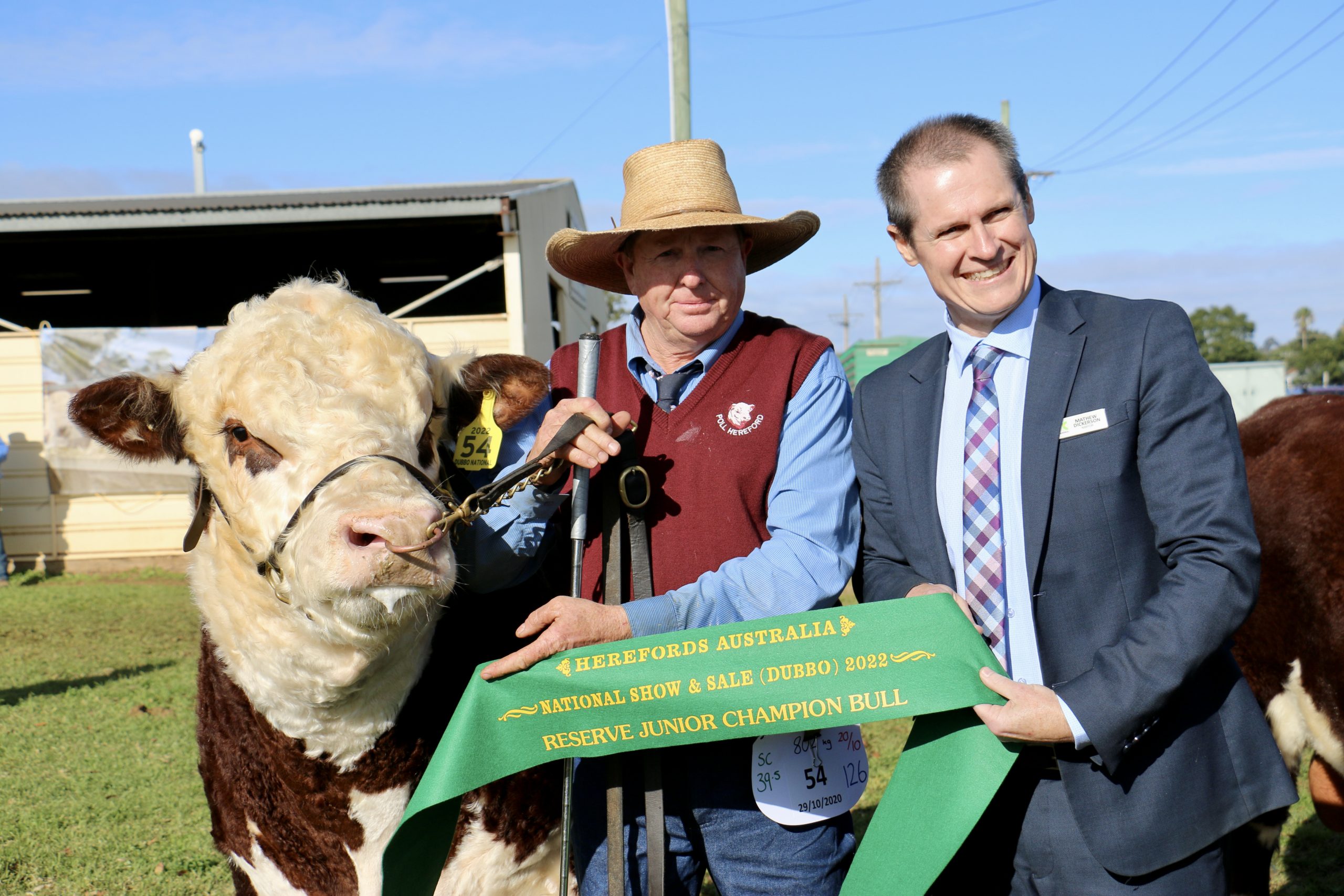 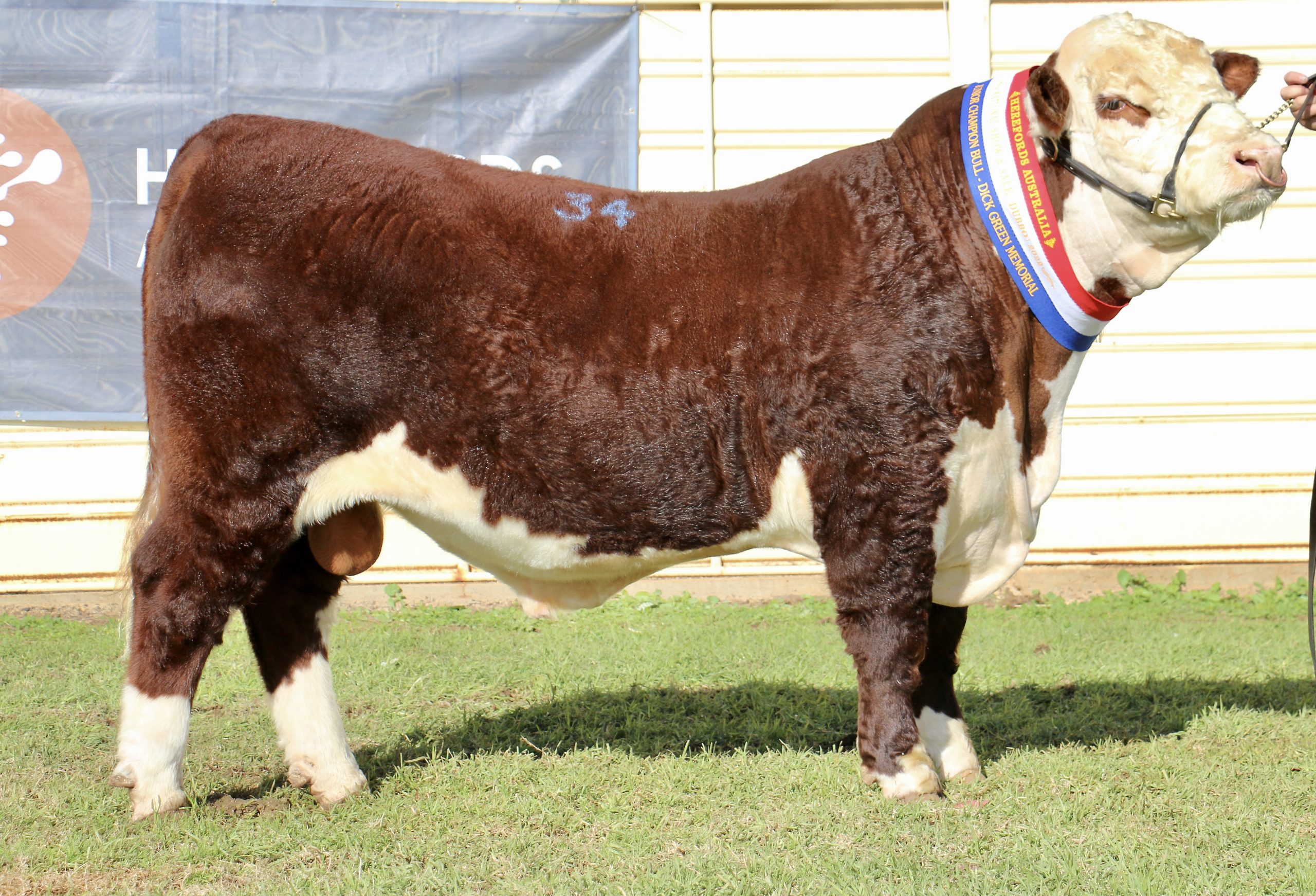 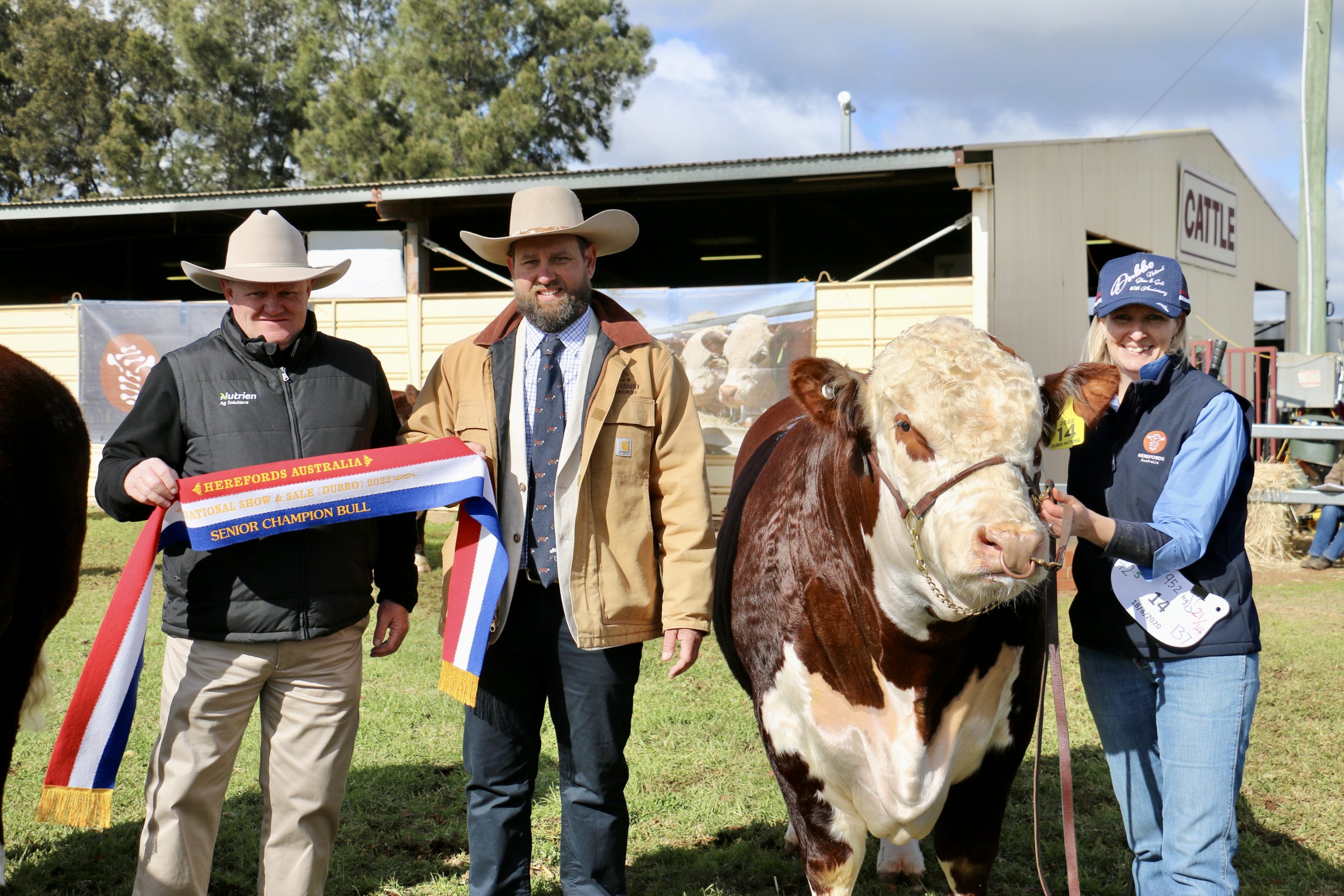 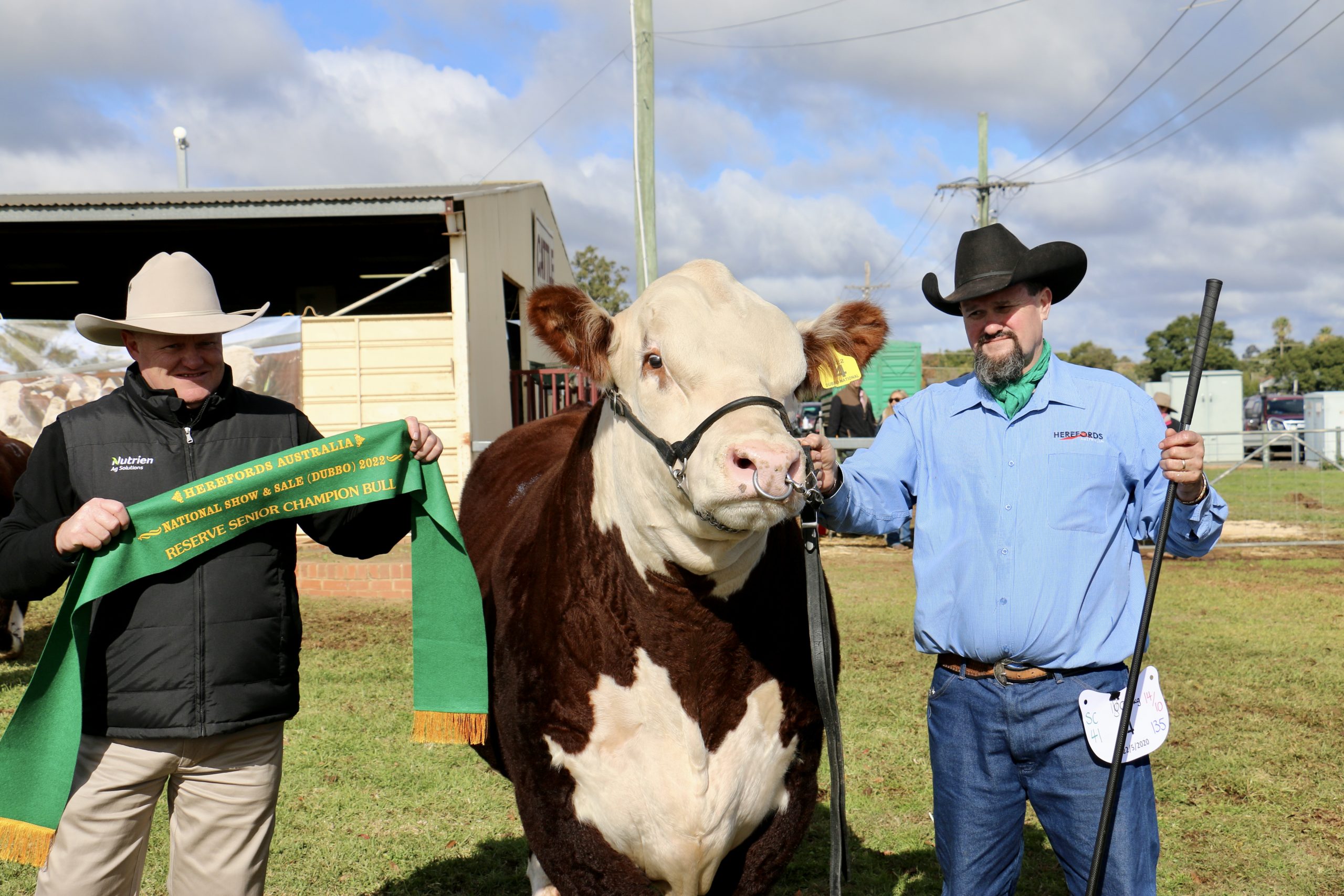 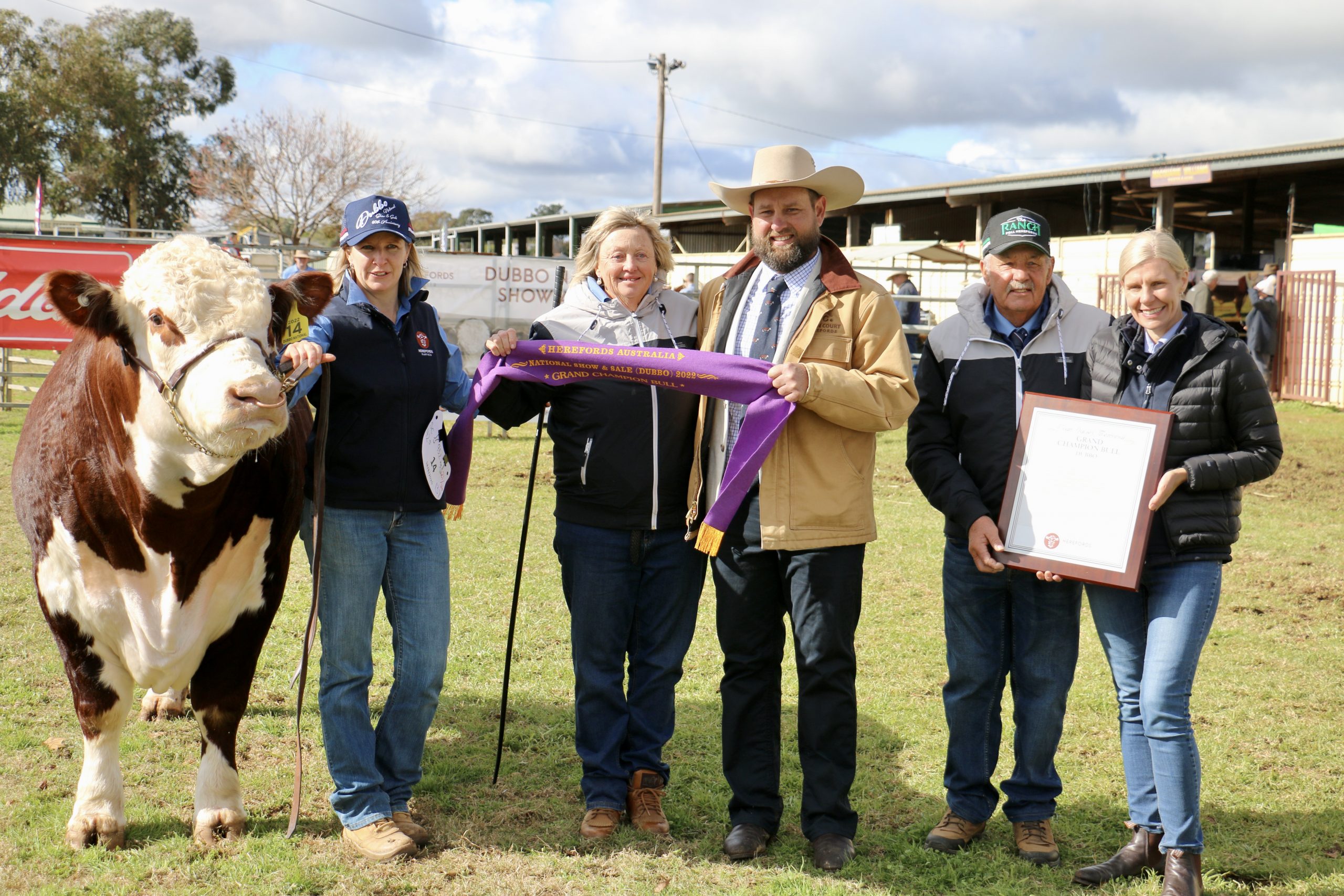 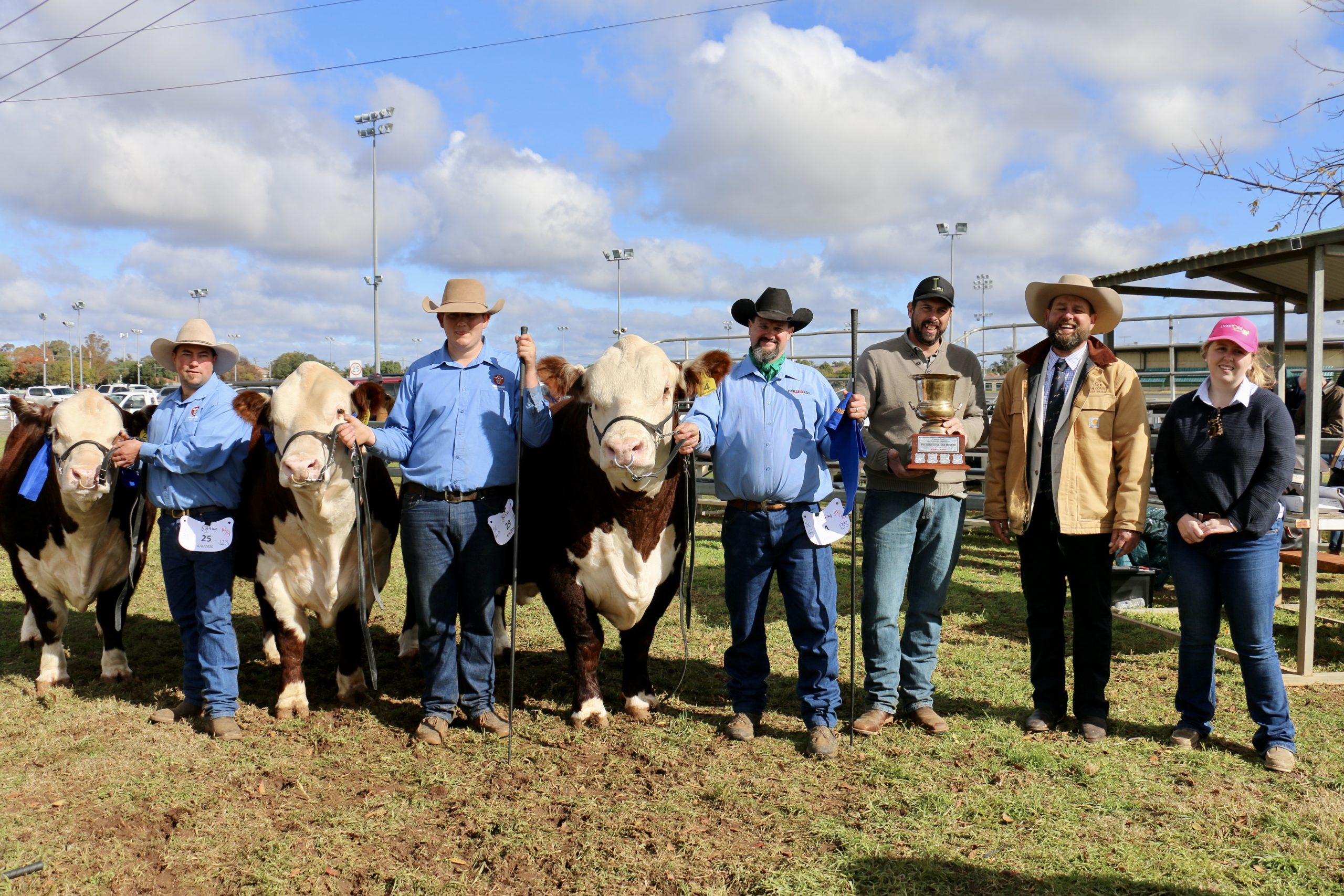 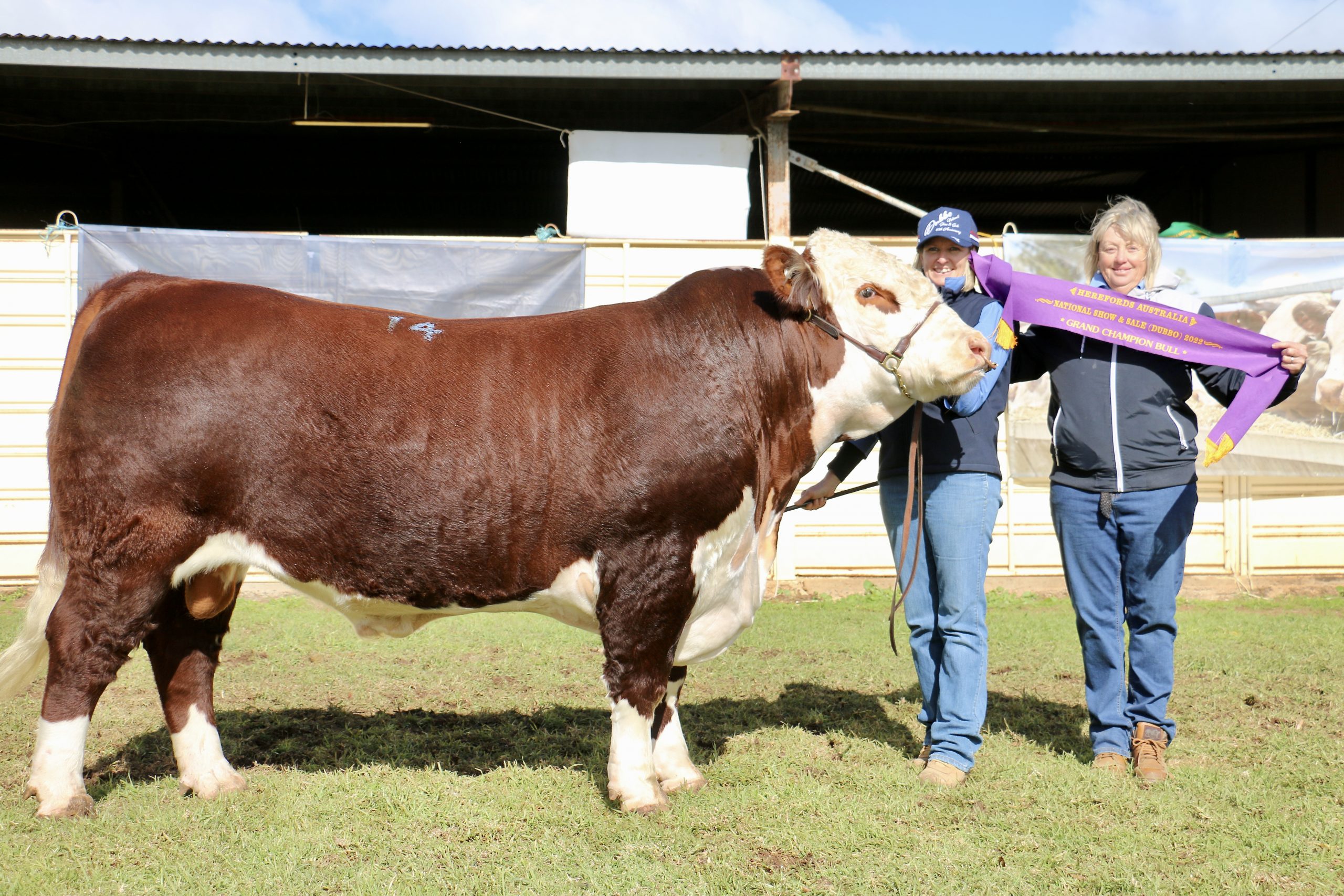 Emma and Del Rees, The Ranch, Tomingley, with the grand champion bull, The Ranch Remington R028 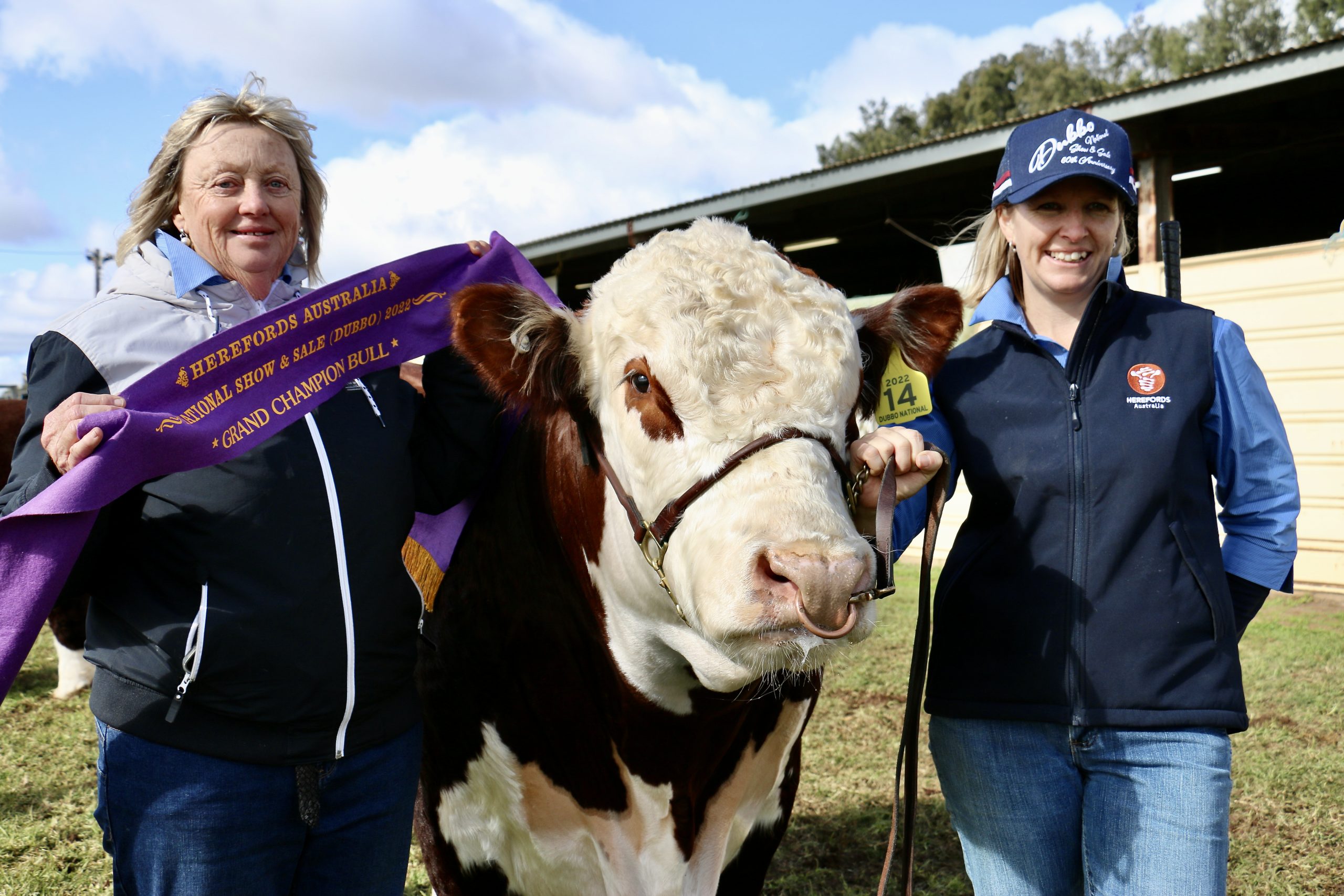