A big crowd of buyers and vendors descended on the Benambra yards for the opening Elders whiteface fixture of the 82nd annual Mountain Calf Sales on March 8.

The selling agents penned 1600 Hereford, Hereford cross and Euro steers and heifers with quality, weight and prices lifting rates on the morning sale at Hinnomunjie.

The opening pen from Graeme and Sheila Pendergast topped the sale at $2650 with the 20 steers selling to Justin Costello, Costello Rural, Corryong, for Upper Murray steer finishers. Their seconds were also snapped up by Justin for $2540.

Keen on the breed’s growth and temperament, Graeme plans to invest the sale returns into bulls with muscle, shape and environmental adaptation.

The pen was snapped up by Gippsland steer finisher Alan Mitchell for $2500.

Richard and Anne Faithfull, Benambra, set a new benchmark for heifers with a top price of $2660 for a pen of 22 bought by Shane, Teresa and Emilie Lyons, Whispering Valley Poll Herefords, Strath Creek.

“We wanted the heifers of a particular bloodline and good conformation – something special to join to bulls we bought from Ravensdale and the Hereford National Sale,” Mrs Lyons said.

“We run 150 females and are building our herd – they were a little bit above budget but Shane was keen to get them.”

The Faithfulls use Mawarra, Sugarloaf and Karoonda Park genetics and were not retaining any heifers.

“Given what we have seen in the last 12 to 18 months, this sale was as solid as any we have seen – the Hereford steer portion weighing 330-370kg were hotly contested at 700c/kg or better, and there was strong restocker competition on the breeder heifers for replacements,” Mr Tinkler said.

“Bullock fatteners from the Upper Murray led off the steer run along with feedlotters and Gippsland competition.

“If you are in the market to buy Hereford cattle this is the spot to come. We have seen a premium for quality today as you are getting 100 years of Hereford genetics here and that sets these cattle apart.

“This area is renowned for its Hereford cattle.”

Mr Tinkler said numbers were slightly down off the back of more females retained within herds.

The young family runs 615 breeders and are building their herd to 700 – they love the breed’s doing ability and temperament.

“I’m a great believer in matching the cattle to the country and Herefords certainly do under tough conditions,” Mr Cornall said.

Vendors Clive and Di Anderson, Benambra, offered a draft of autumn drop Hereford, Angus and black baldy steers at the Benambra and Omeo sales. Their Hereford steers topped at $2400, Angus steers at $2350 and black baldies at $2430.

“We have kept every female this year to join and a large number of steers to finish off on grass as bullocks in June – we have so much surplus grass,” Mrs Anderson said.

“The black baldies are great cattle with size, growth and we retain the F1 female for joining to Angus bulls.”

A small offering of black baldies at the Omeo Angus and Black Baldy sale resulted in steers selling for $2220-$2470.

Meringo Pastoral topped the run with a pens of 25 EU accredited sold to Elders Korumburra and Princess Royal feedlot, SA, on $2470. 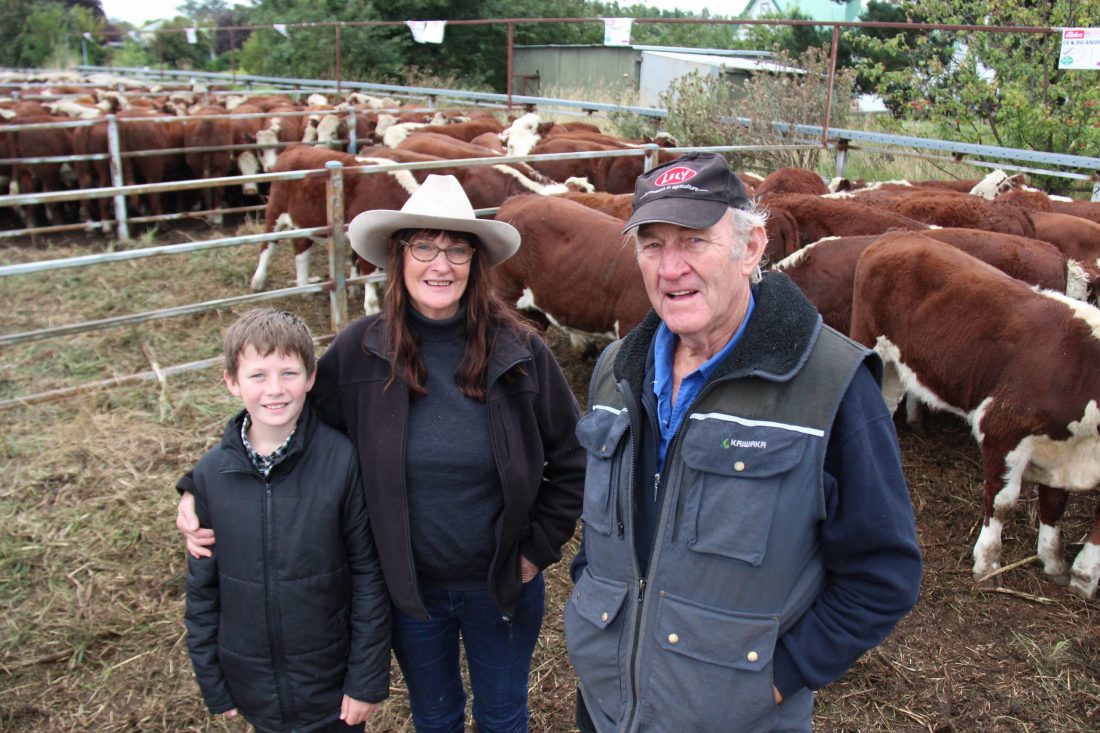 Archer Anderson, 9, with his grandparents Di and Clive Anderson, Benambra, with their steers which sold for $2400 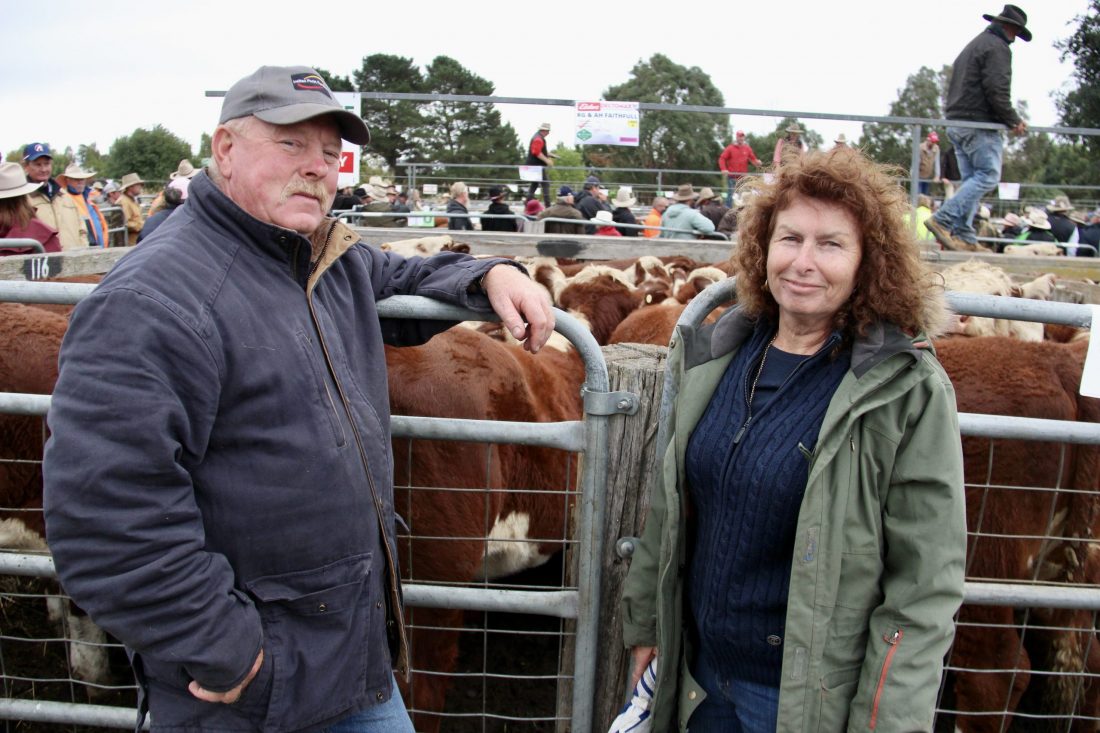 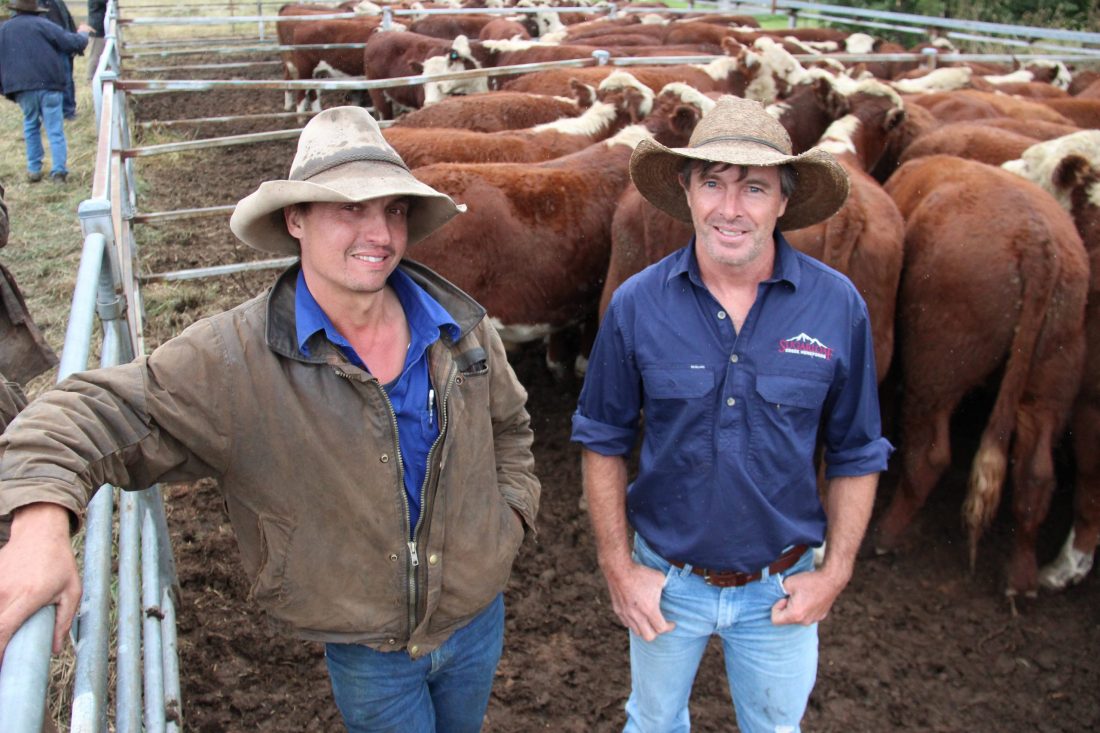 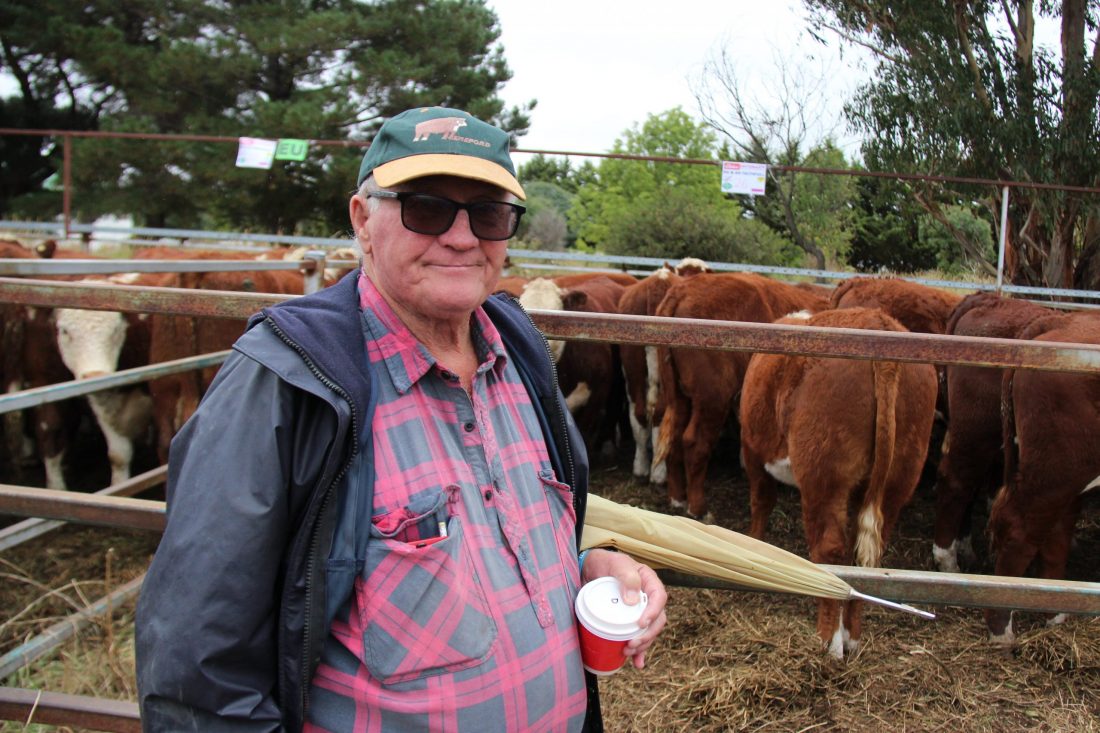 Richard Faithfull, Benambra, sold his autumn drop steers to a top of $2410 to Elders Yea 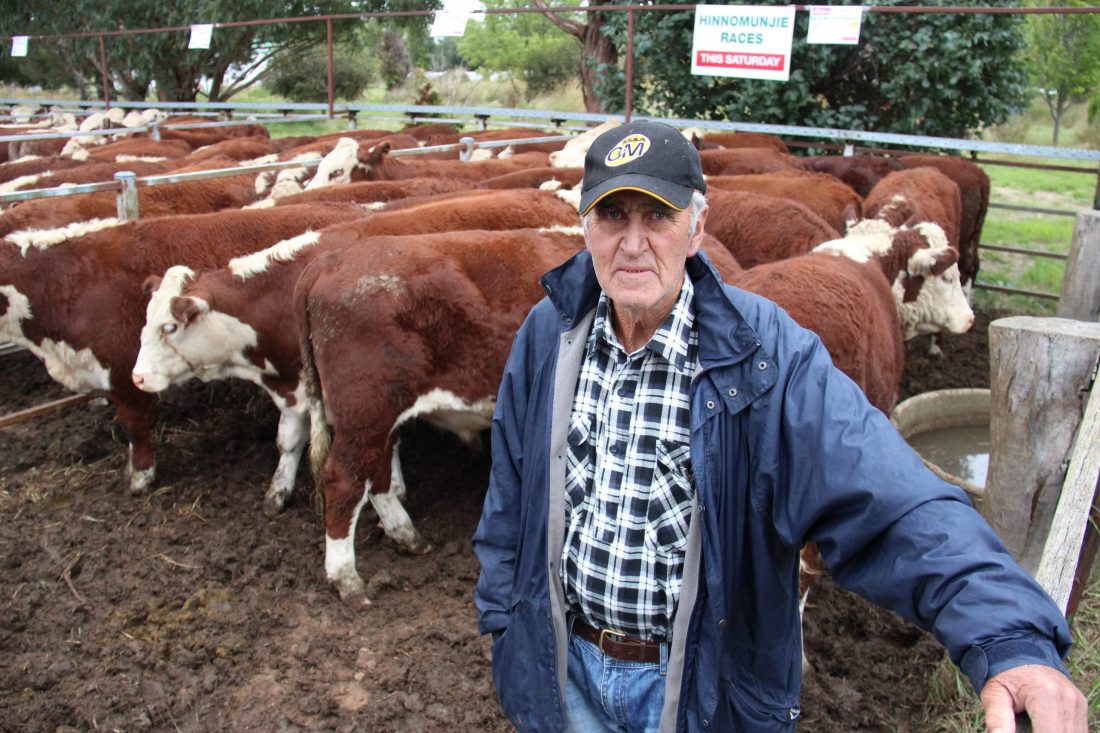 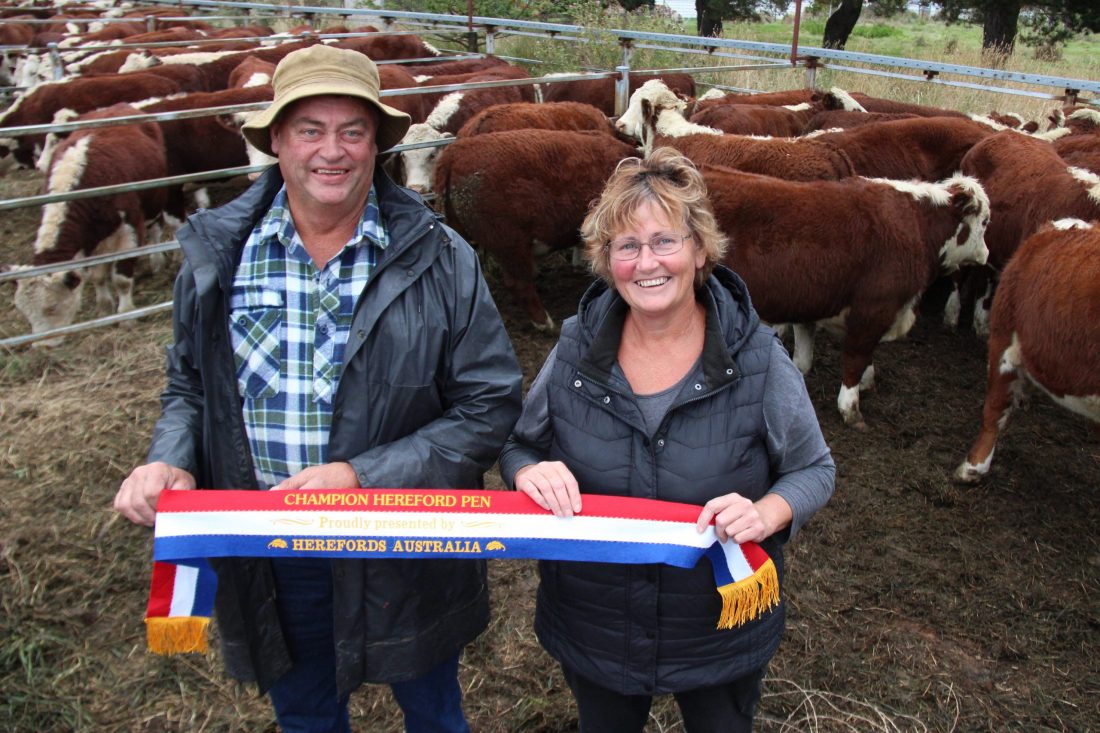 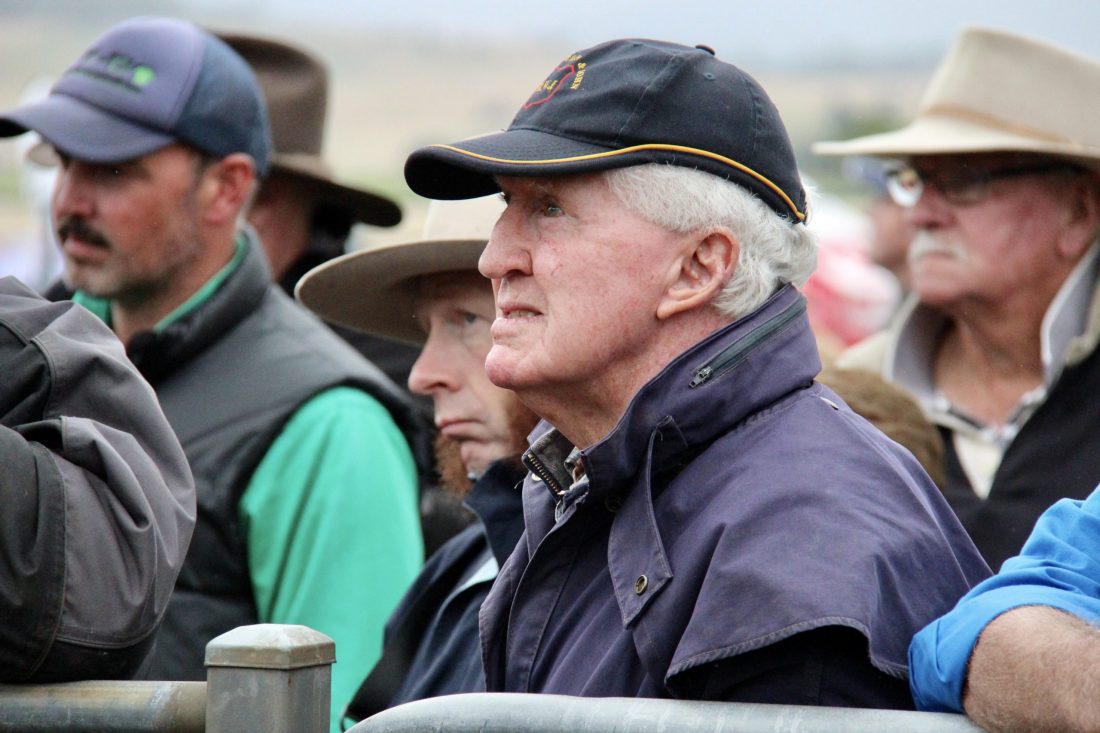 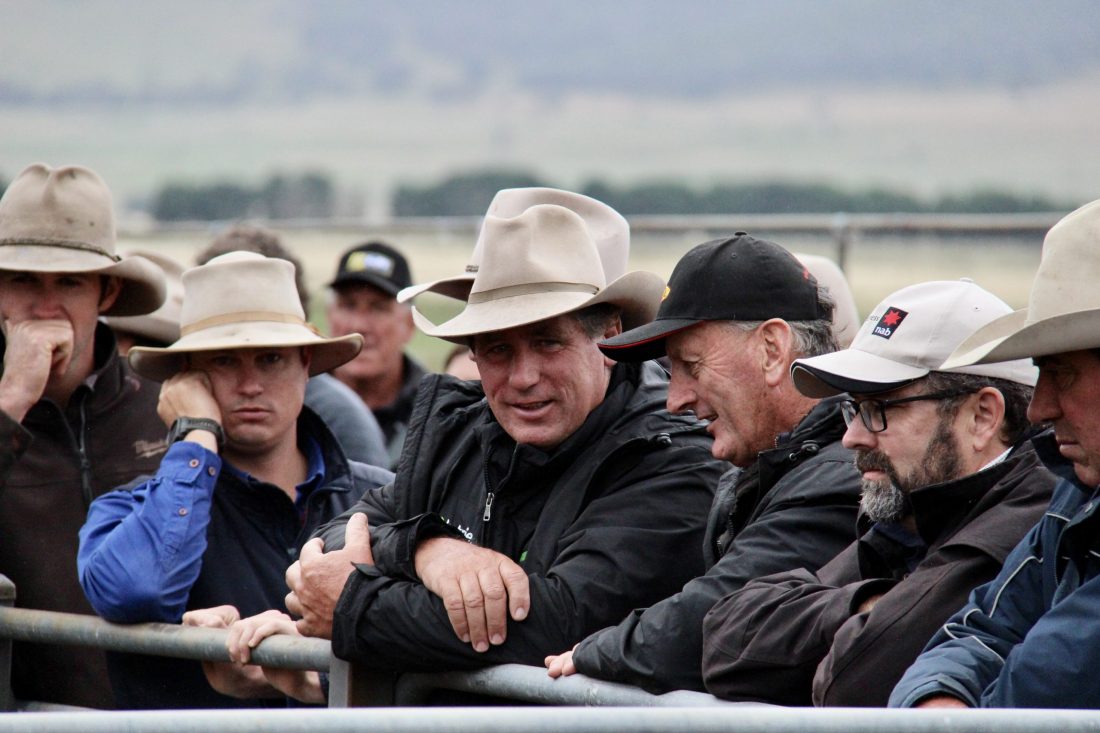 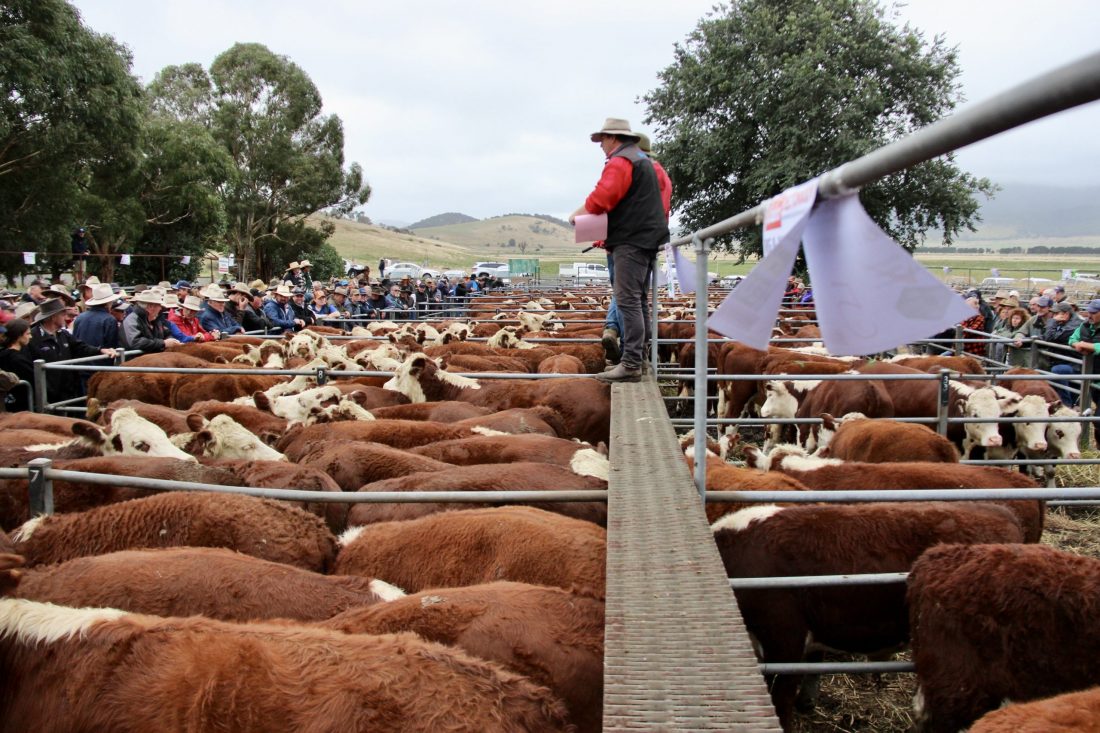 Vendors and buyers jockey for a view of the action at the Benambra Weaner Sale. 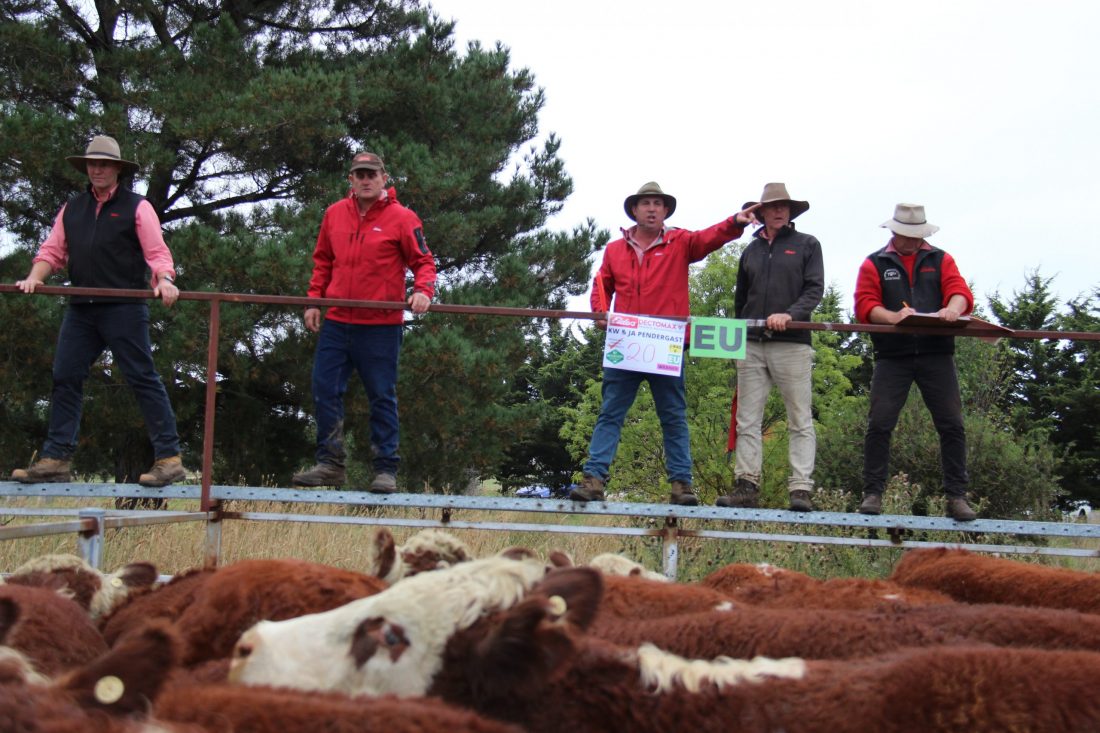 Auctioneer Morgan Davies knocks down the champion pen for $2480 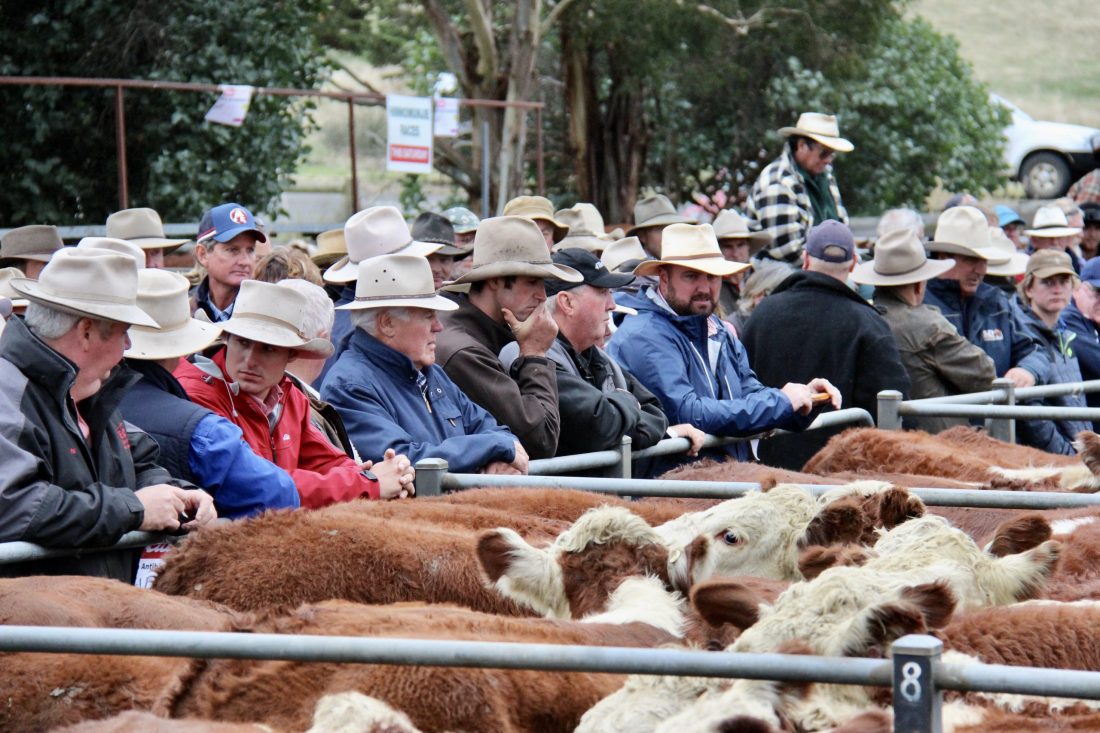 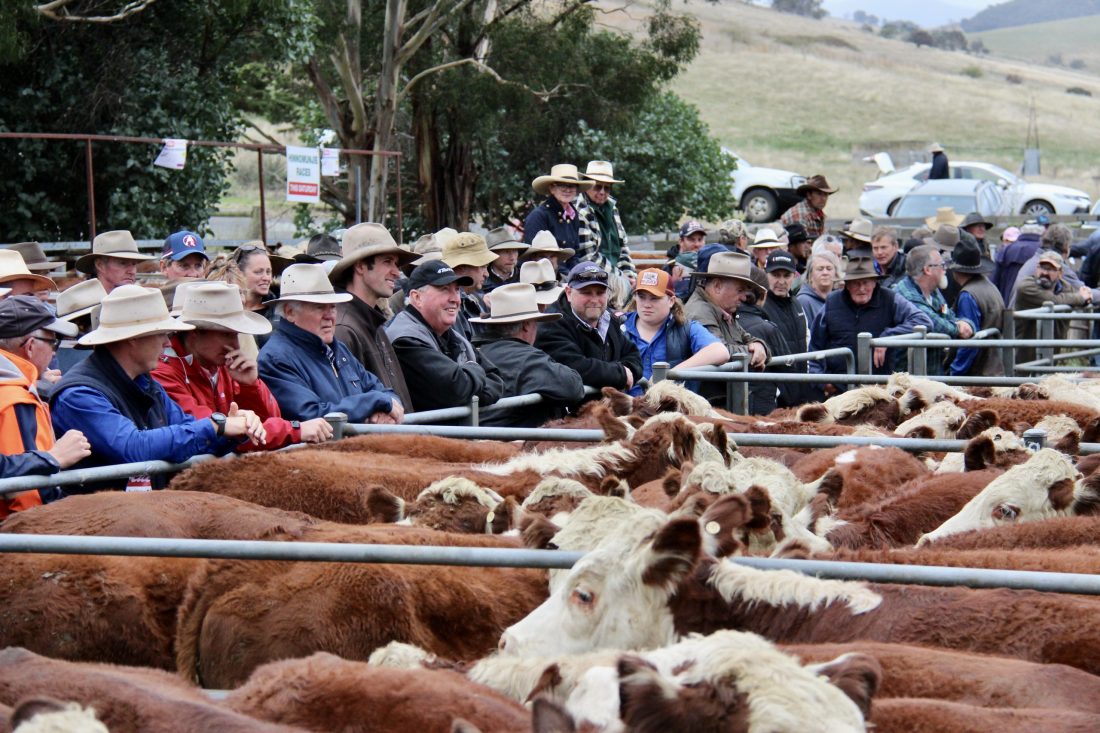 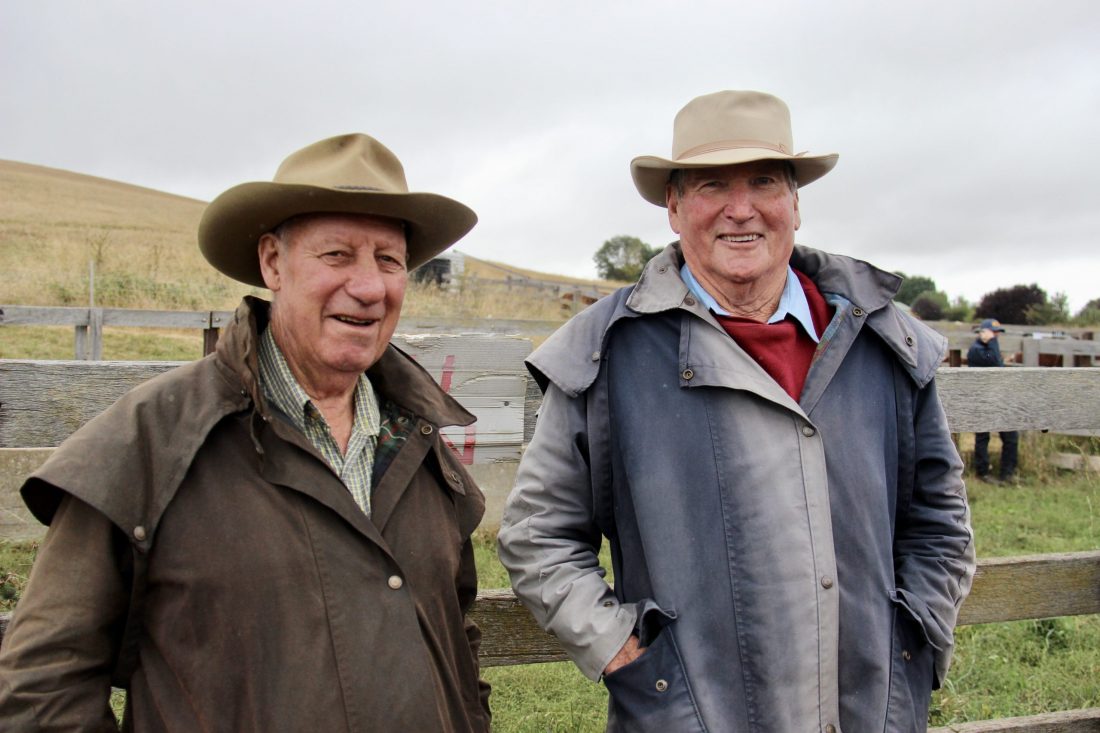 Murray Evans, King Valley, and Eric Dudley, Tarrawingee, were among the crowd at Benambra.