Vendors were all smiles as the opening sale hit unchartered waters for whiteface yearling steers of $3060 and weaners of $2500 at the Benambra Calf Sale.

Victorian and NSW steer finishers and lot feeders converged on the Victorian high country on Tuesday to bid for whiteface cattle at the 82nd annual circuit opener.

For steer finishers who recently made a tidy profit on steers they picked up at last year’s sale, the squeeze was on as prices soared another $600 to historic highs for the vendor bred offering.

“The middle run was a couple of hundred dollars dearer than previous years – they were fantastic,” Mr Fullgrabe said.

“The season has brought the quality out in the cattle. There was more confidence in the buying today – last year they didn’t know what they were going to do.

“They now know what it costs to feed them, grass and grain is about and they’ve done their sums – grassfed cattle are a great brand for Australian beef.”

The champion pen made $2500 to Gippsland steer finished Alan Mitchell, the top price in the run of autumn drop steers and a new record for the Hinnomunjie saleyard.

Mr Mitchell was buying steers 350kg liveweight plus for grass programs with a carcase spec of 420kg.

He said the widespread rain had injected confidence into the cattle market, particularly central and east Gippsland experiencing one of the best seasons seen for many years.

Bairnsdale livestock carrier Donald Betts opened the sale with his pen of spring 2020 drop Hereford/Shorthorn steers penned with a green weight of 632kg to be snapped up by Elders Korrumburra for $3060 (484c/kg), and the seconds at $2760. The steers were Karoonda Park, Yarram Park and Nunniong blood.

“I like the extra milk and growth of the Hereford/Shorthorn – in the last 12 months I have bought 70 roan heifers to either grow out to 400kg or join to keep,” Mr Betts said.

In the females, Donald Betts topped the sale with spring drop Shorthorn/Hereford heifers, Yarram Park and Karoonda blood, at $2530, while Gus and Sandra Crisp sold the top pen of autumn drop Hereford heifers at $2210 to Dan Ivone, Paull and Scollard Nutrien, Albury-Wodonga.

In the run of black baldy steers, JCM Farms topped the sale at $2310, and as a comparison Angus steers topped at $2400.

Aiden Keyte and Eddie Mauger, Bindi, sold August 2021 drop black baldy steers and like the hybrid vigour and doability of the two-way cross but are aiming to eventually breed a pure Hereford.

Normally a lead vendor, Jim Pendergast, Penderscourt, Hinnomunjie, was in the buyer’s seat paying $2350 and $2450 for two pens of Hereford steers after selling Hereford/Shorthorn cows and calves at Bairnsdale for over $4500 in recent months.

The middle run of steers was dominated by Marc Greening, Injemira Genetics, Book Book, NSW, sourcing cattle for grass fed programs to a top of $2180, while Albury commission buyer Graeme Ward was active in the heifer purchasing for feedlots.

Mr Moon said the big kick in averages would mean the ability to direct drill more pasture and invest in fertiliser and pasture. 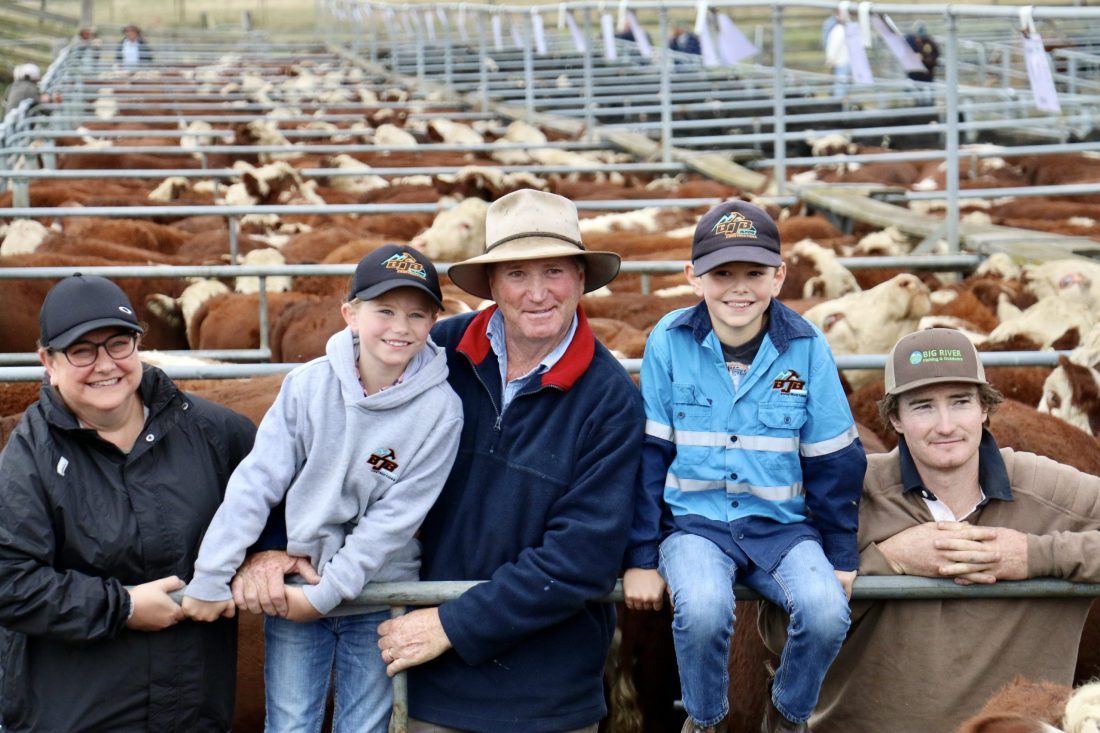 Leanne and Donald Betts, Bairnsdale, with children Milla, 8, Mackenzie, 9, and Brendon, and their market topping spring drop steers at $3060 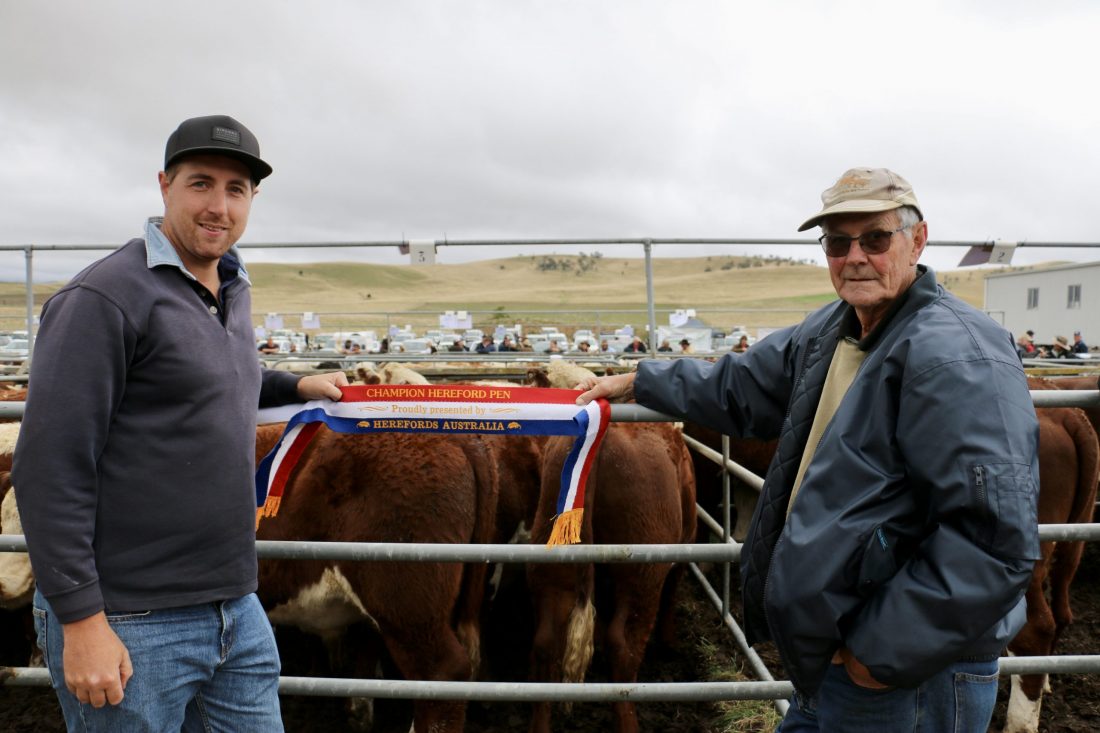 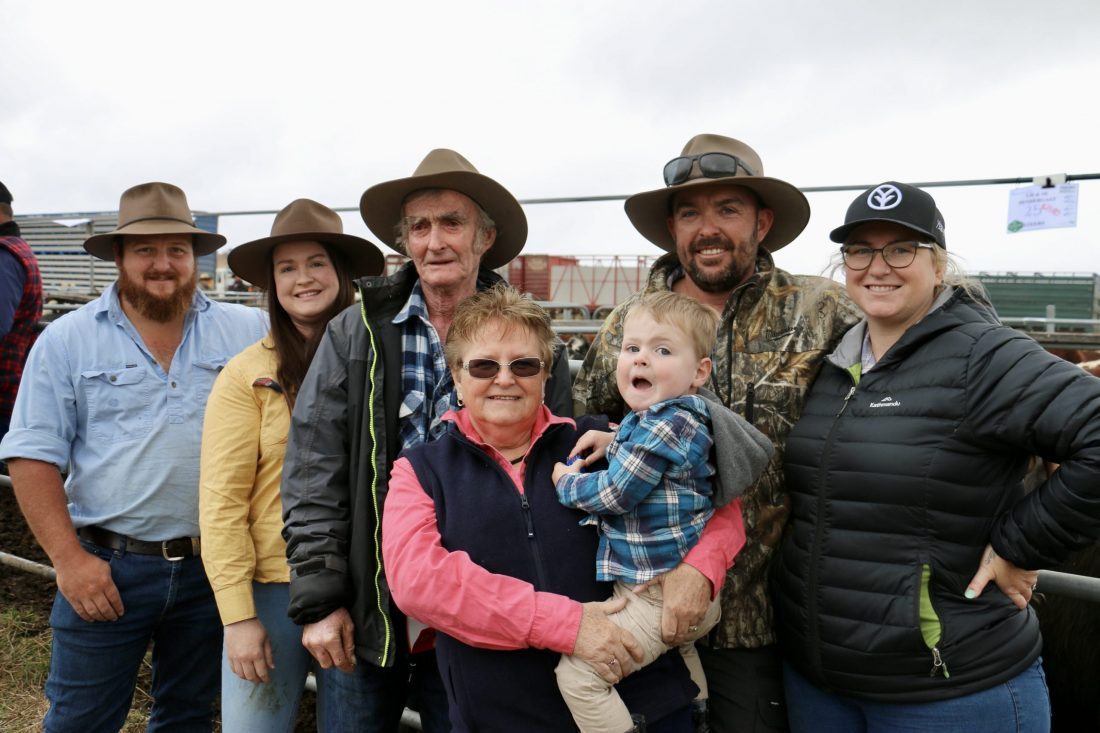 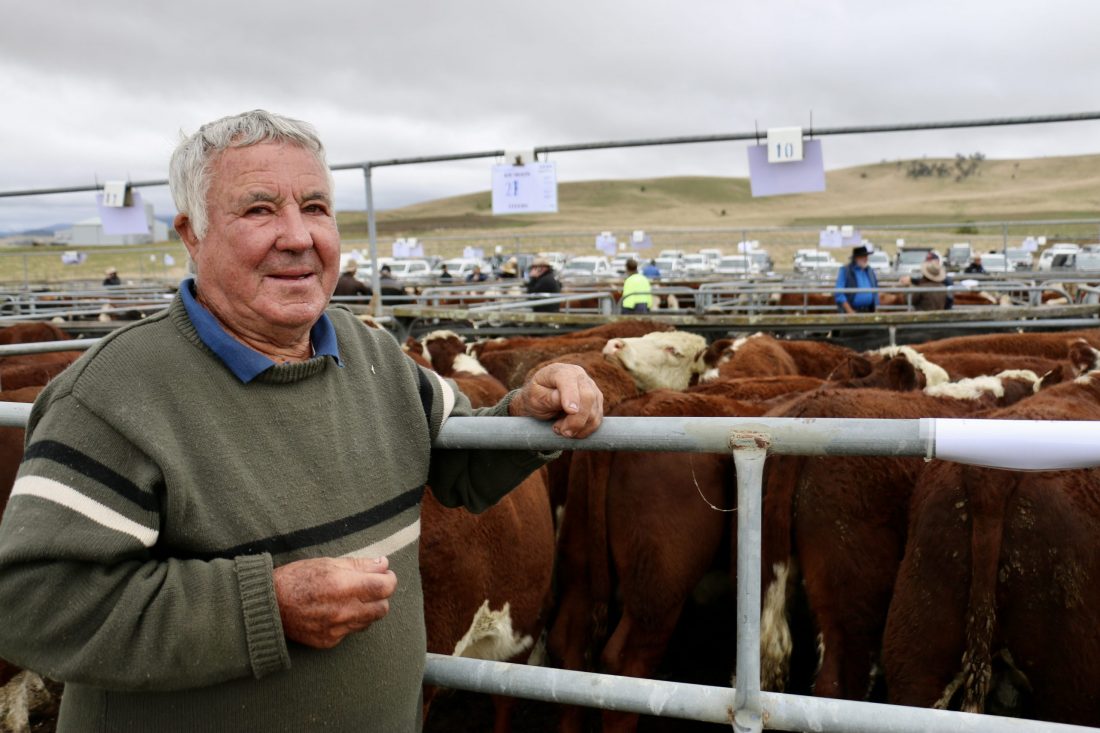 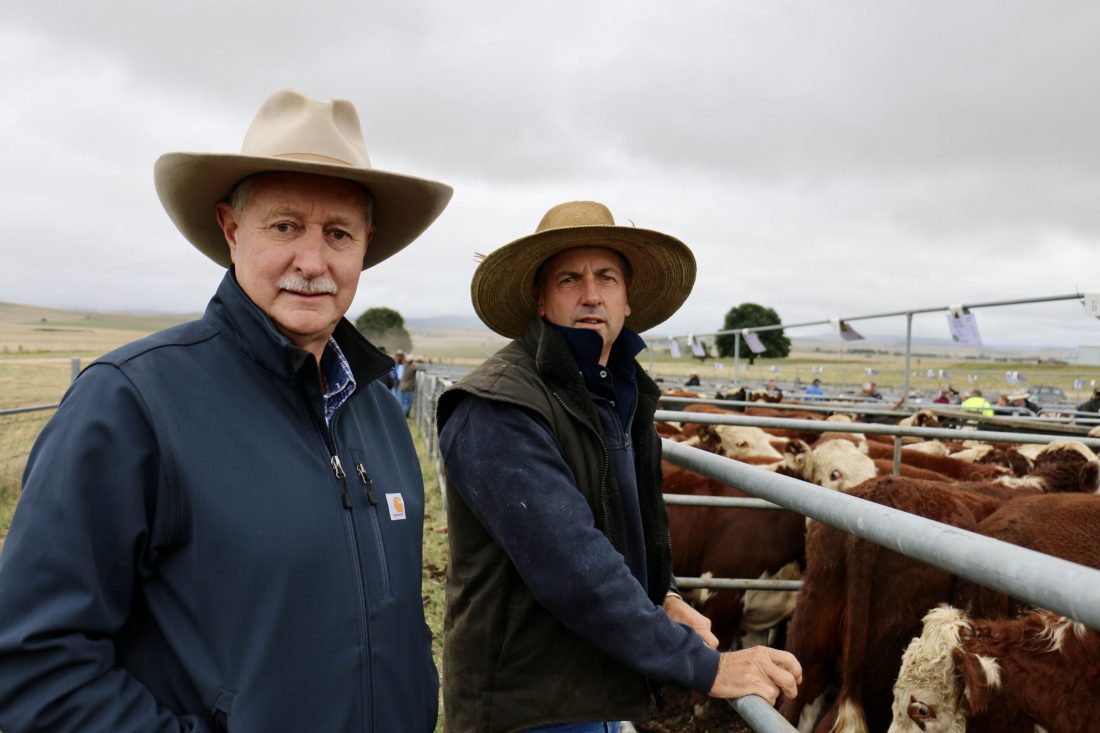 Repeat buyer Alan Mitchell paid the new record price for autumn drop steers of $2500, and was looking over the pens with Andrew Sutton, Buchan 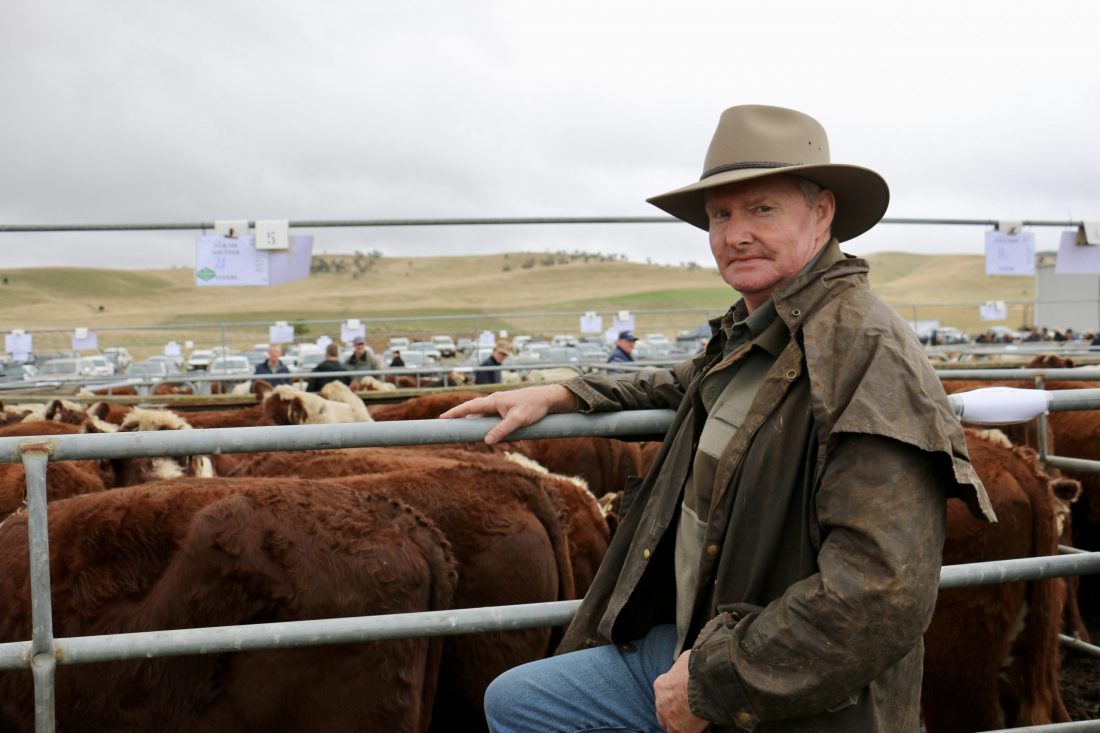 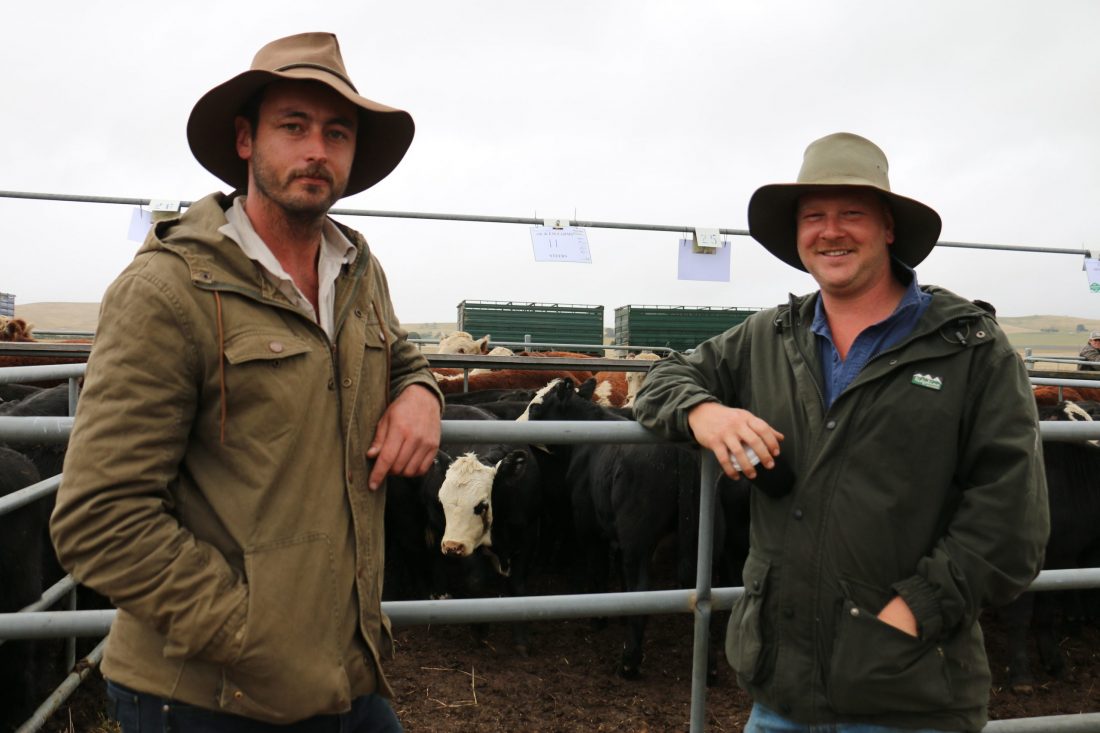 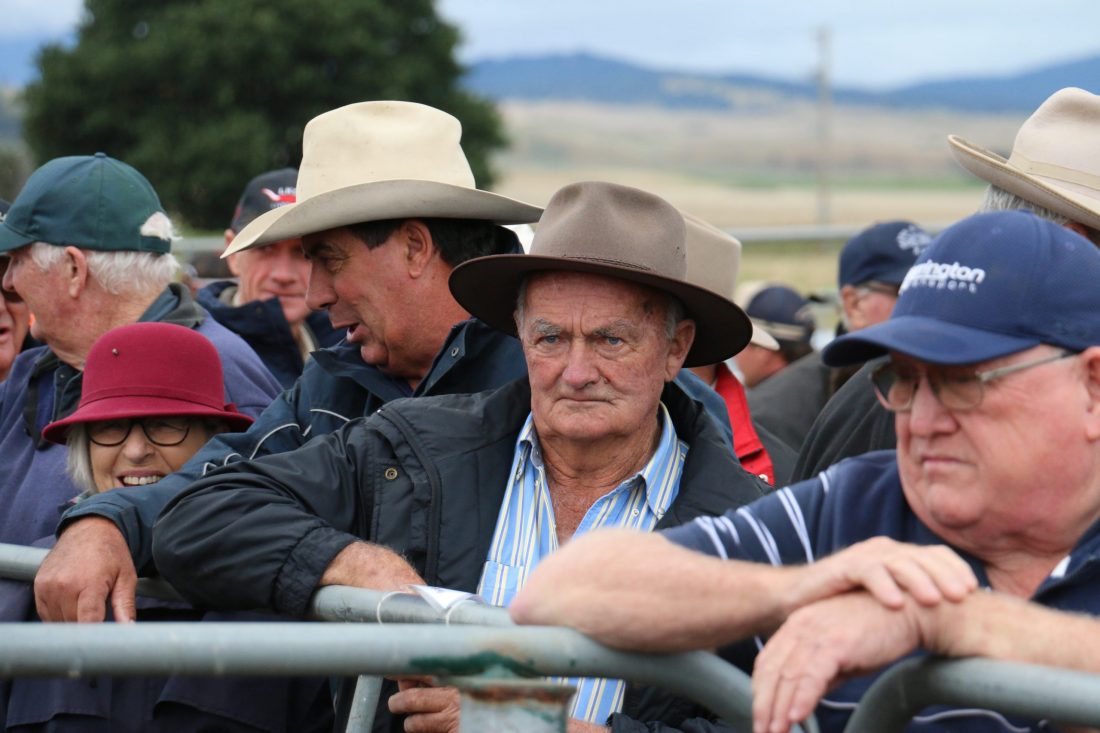 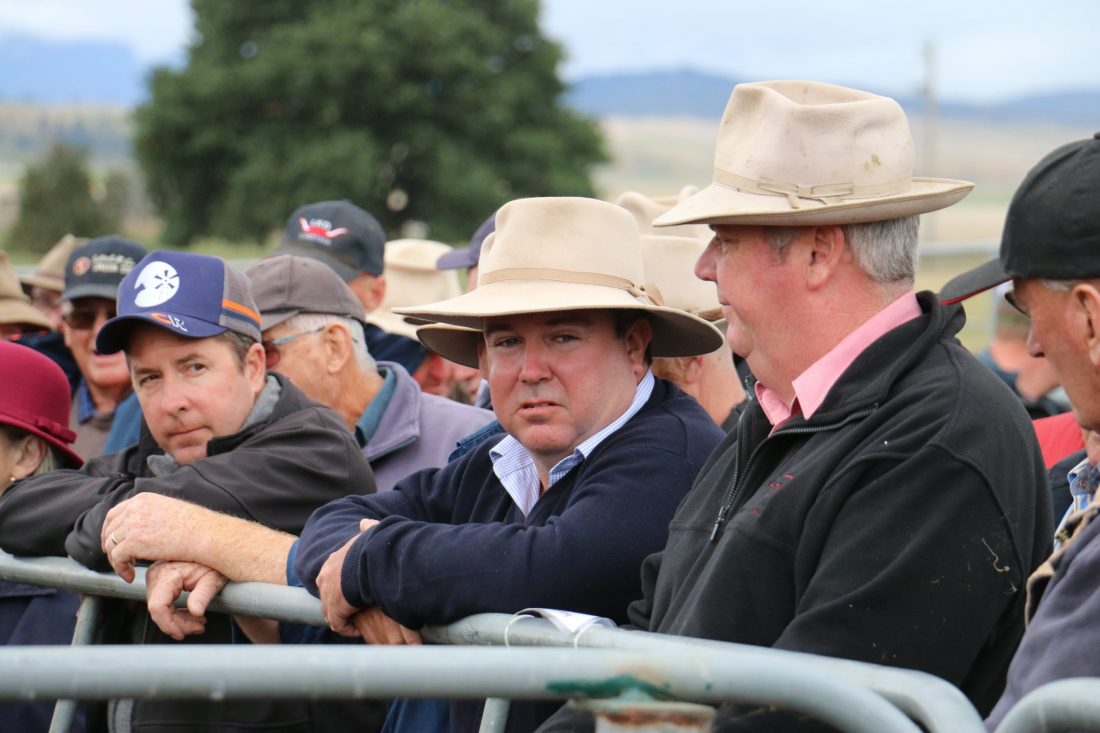 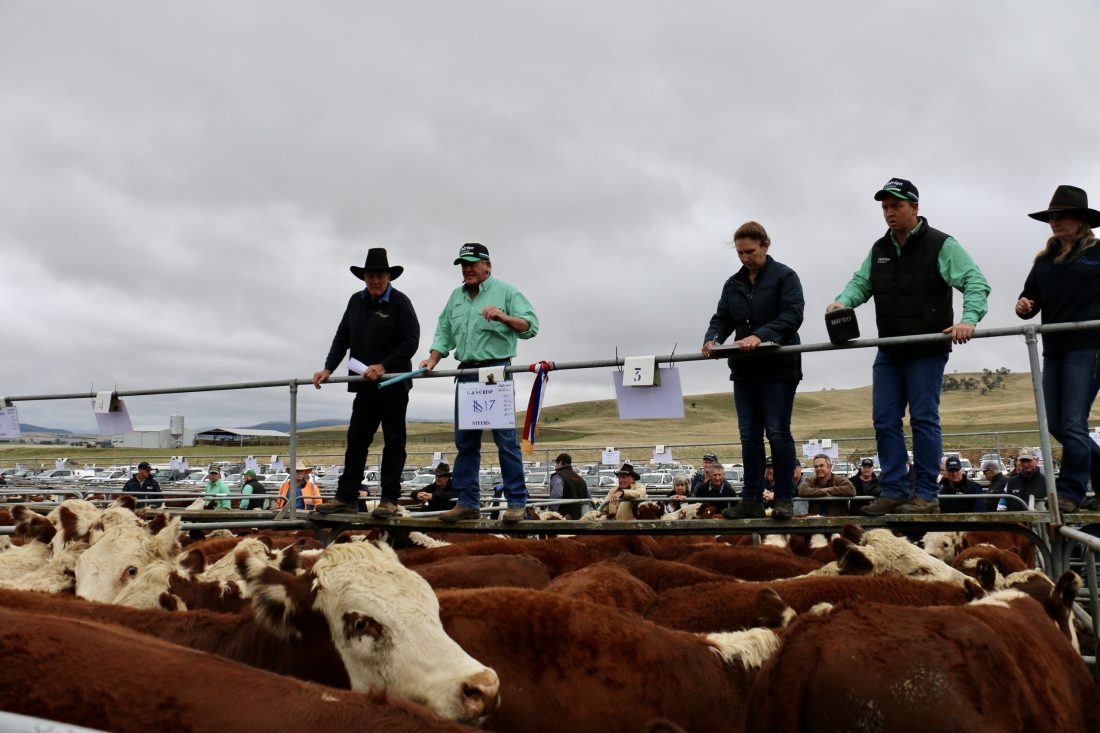 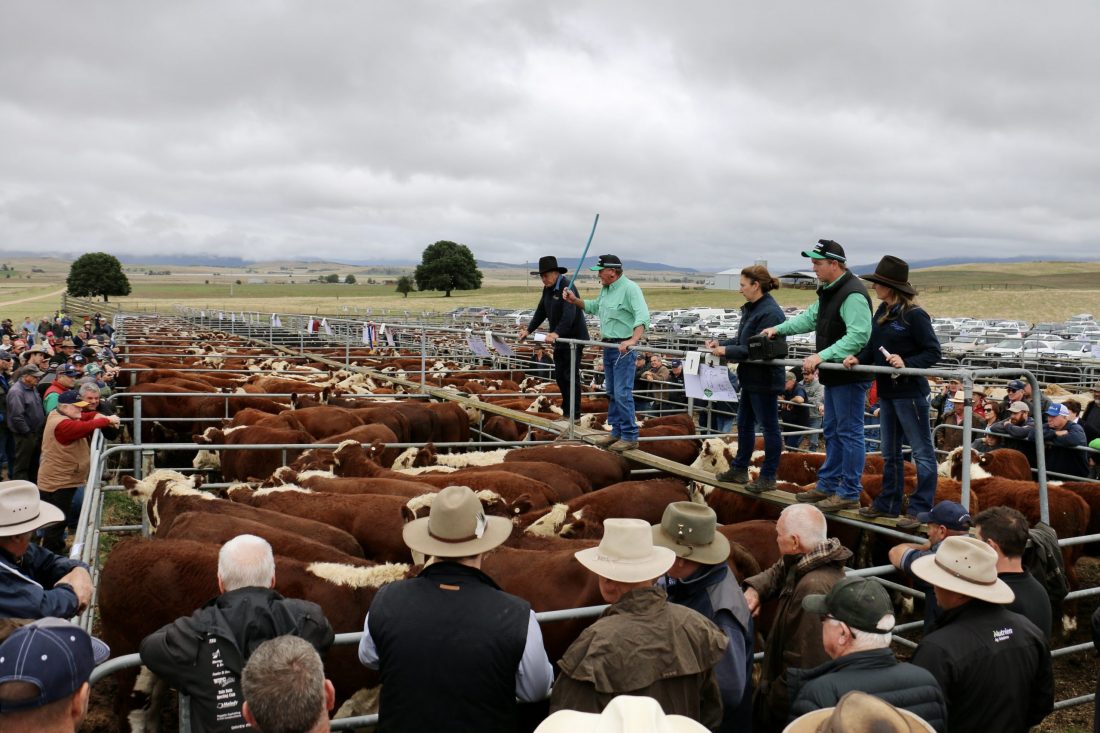 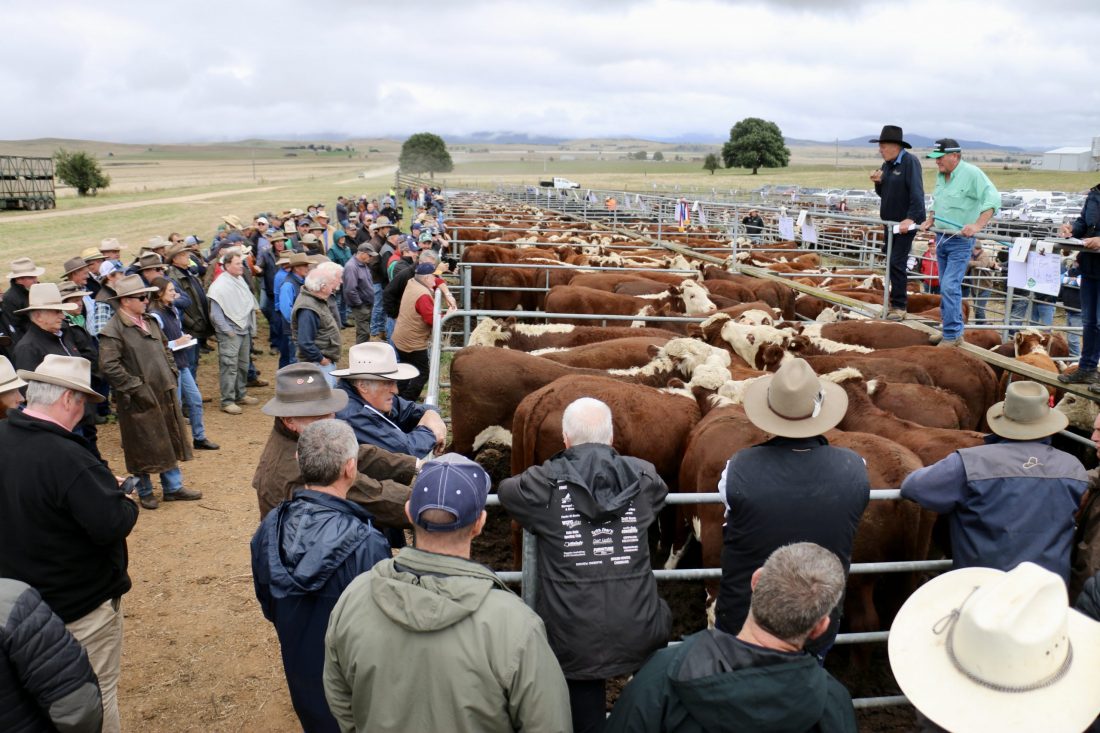