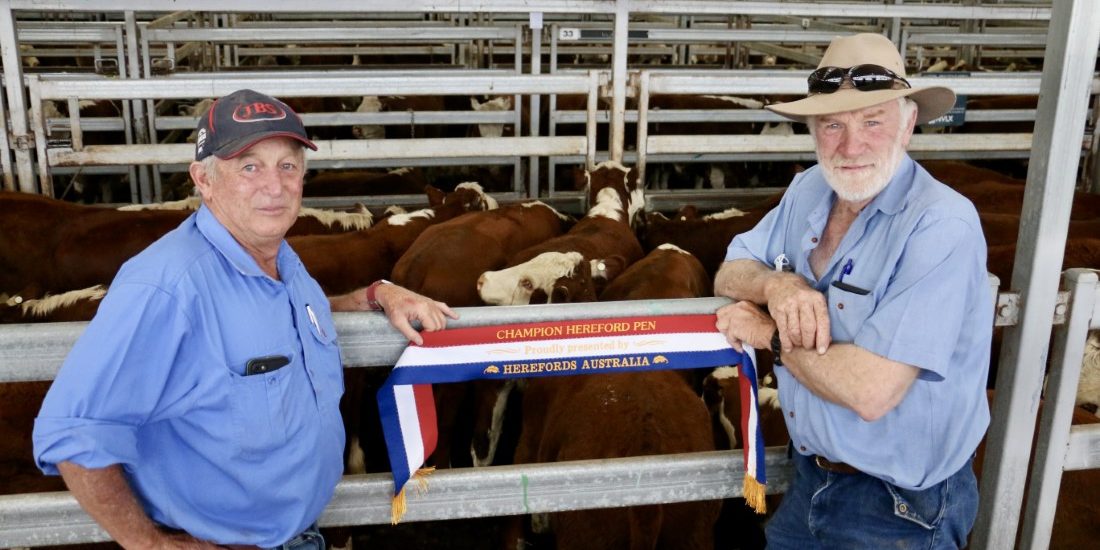 Autumn drop 2021 Hereford steers held their value at the Northern Victorian Livestock Exchange with the tops climbing $5 to $2475 as demand from northern grass finishers continues to be satiated.

The sale could not match the previous day’s record breaking $10.49/kg with the absence of lightweight weaners but there was strong demand for the black baldy run with steers over 350kg lifting in price by 32c/kg and black baldy heifers up by $90.

Topping the purebred weaner offering on a dollars per head basis was David Trethowan, Cookardinia, with a pen of 12 Wentworth blood steers weighing 440kg and snapped up by Schubert Boers for $2475 or 562c/kg.

On a cents per kilogram basis, the top price reached was 833c/kg for eight to 10-month-old steers weighing 216kg and sold by Adrian Murtagh, Mudgegonga.

The top pen of black baldy steers was offered by Hocking Mulwood, Mullengandra, were Rotherfield blood, weighed 418kg, and made $2570 or 614c/kg.

Jamie Snow, Dunraven, Woomargama, judged the champion pen of steers sponsored by Herefords Australia with the sash going to David Trethowan, Cookardinia, for a pen of 42. The Wentworth blood steers averaged 385kg and were bought by Schubert Boers for $2420 or 628c/kg.

Mr Snow said the steers were an even line with length, structural correctness, bone and were ideal feeder types.

He finishes Hereford steers for the heavy grassfed market and was actively sourcing cattle at 320-400kg.

Mr Trethowan said two years ago his top pen of steers made $1080 at Wodonga.

“I’m riding the wave flat out,” he said.

Vendors John and Jane Witherow, Murmungee, offered 43 steers and 25 heifers, Yavenvale blood, were thrilled to pocket an extra $530 on top of their 2021 steer price of $1770.

Mr Witherow said the prices were a long way from his top of $1030 in 2019 and he has rewarded himself with a new ute.

“I went to the Myrtleford and Wangaratta sales and they were very strong but I think the market will come back,” he said.

David McCormack, Bullioh, was nervous having the opening pen of autumn drop steers. His pen of 19 were the tops of the drop with 12 sired by Mawarra High Octane, and the pen averaging 403kg. Corcoran Parker paid $2470 – $485 above what David received for his top pen in 2021.

“I aim for those repeat buyers and bullock finishers,” he said.

Adrian Murtagh, who topped the market at 833c/kg, was pleased to enjoy the prices after recalling his top steers making $850 two years ago.

“It is all about supply and demand – the restocking after the rain,” he said.

The northern NSW and Queensland buyers were strong and we did see a few locals jump into the market today – that’s encouraging.

“Everyone is after heifers to join and the top quality heifers were making good money but the lighter heifers didn’t have the fire the other cattle had.

“In saying that, we have sold a lot of calves this week and the market is a little saturated, but this job will get dearer on the back of this widespread rain, particularly with the Queensland competition.”

Tony Reardon, Brooklyn Pastoral, Mansfield, offered both black baldy and Hereford steers to a top of $2360 after receiving $1830 last year.

“I hope these prices will stay around for a while but you just don’t know – they are probably getting a bit too dear as everyone has to have a win at the end of the day,” Mr Reardon said.

“The extra cash will go into genetics and infrastructure – there is fencing, pasture improvement, new machinery and new bulls to purchase.” 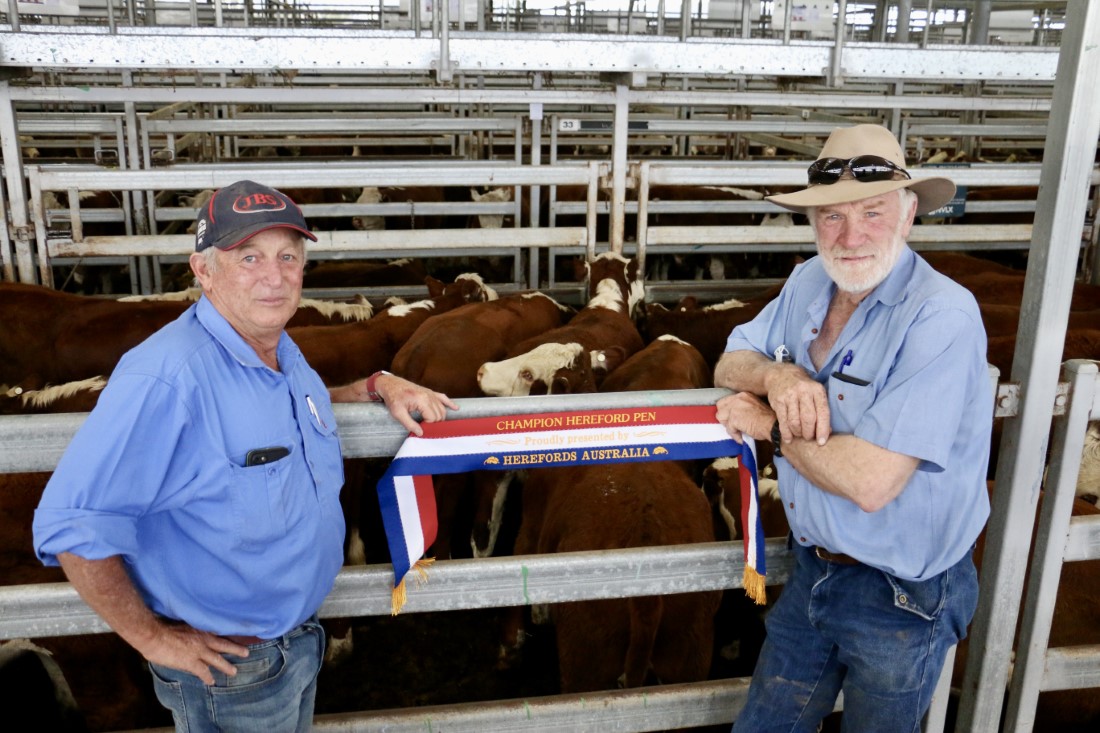 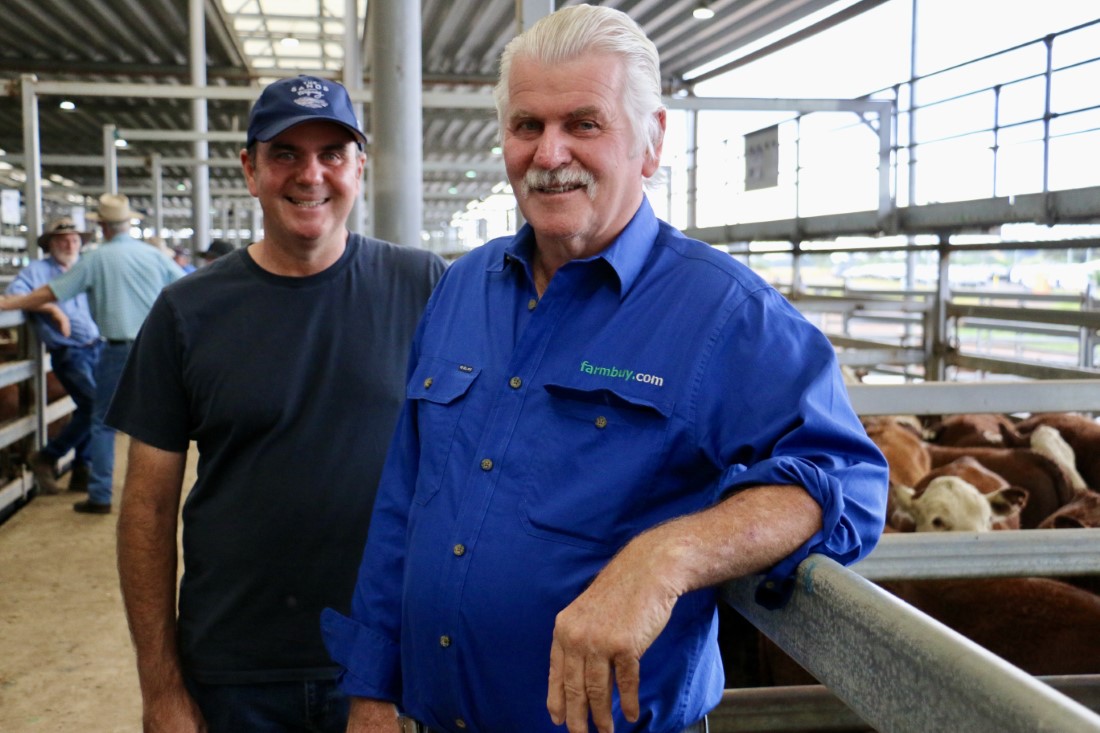 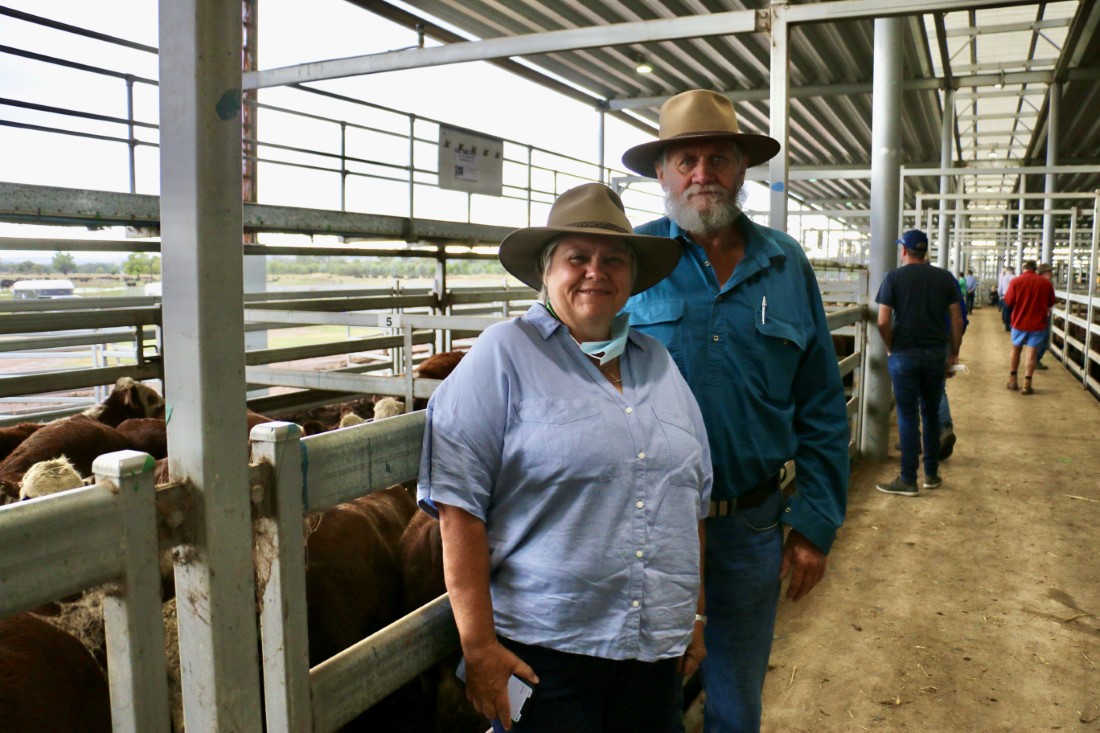 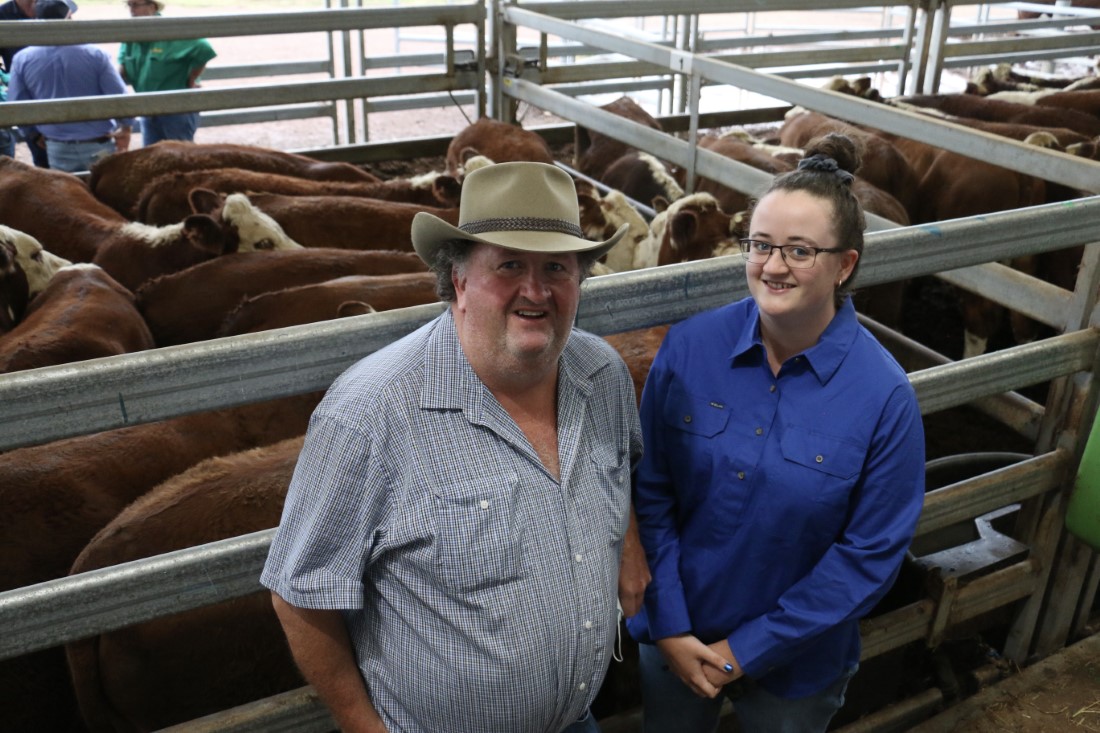 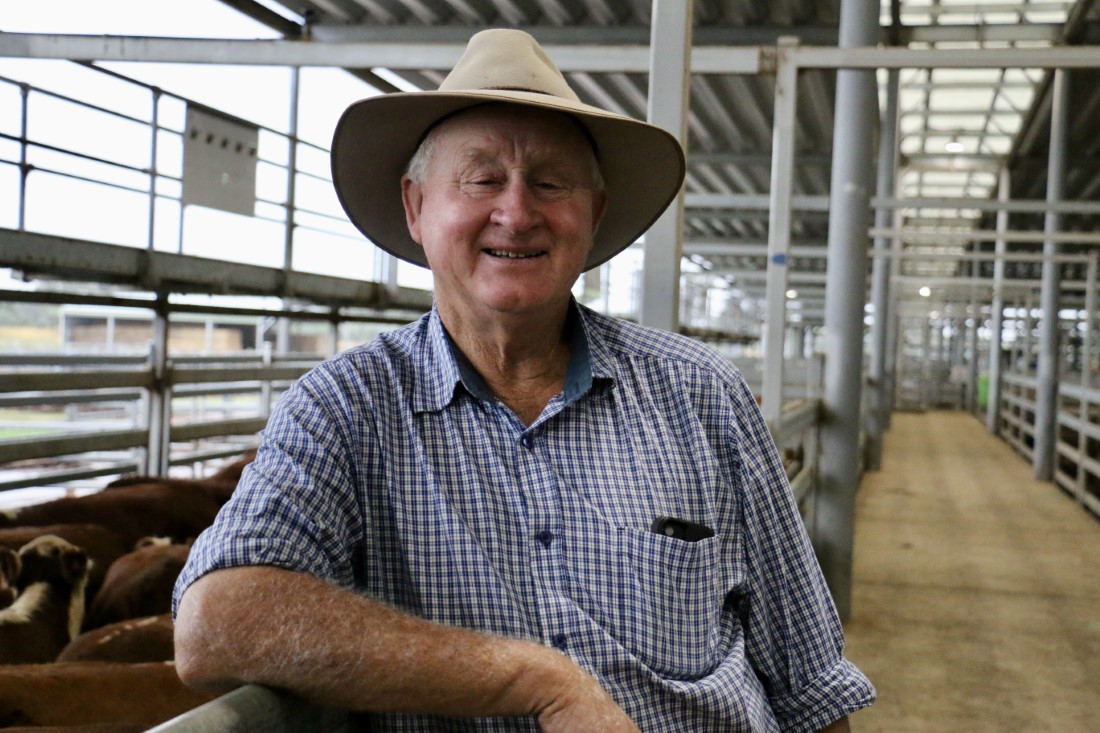 Pat Pearce, Yavenvale Herefords, Borambola, was checking out the prices at the Wodonga weaner sale. 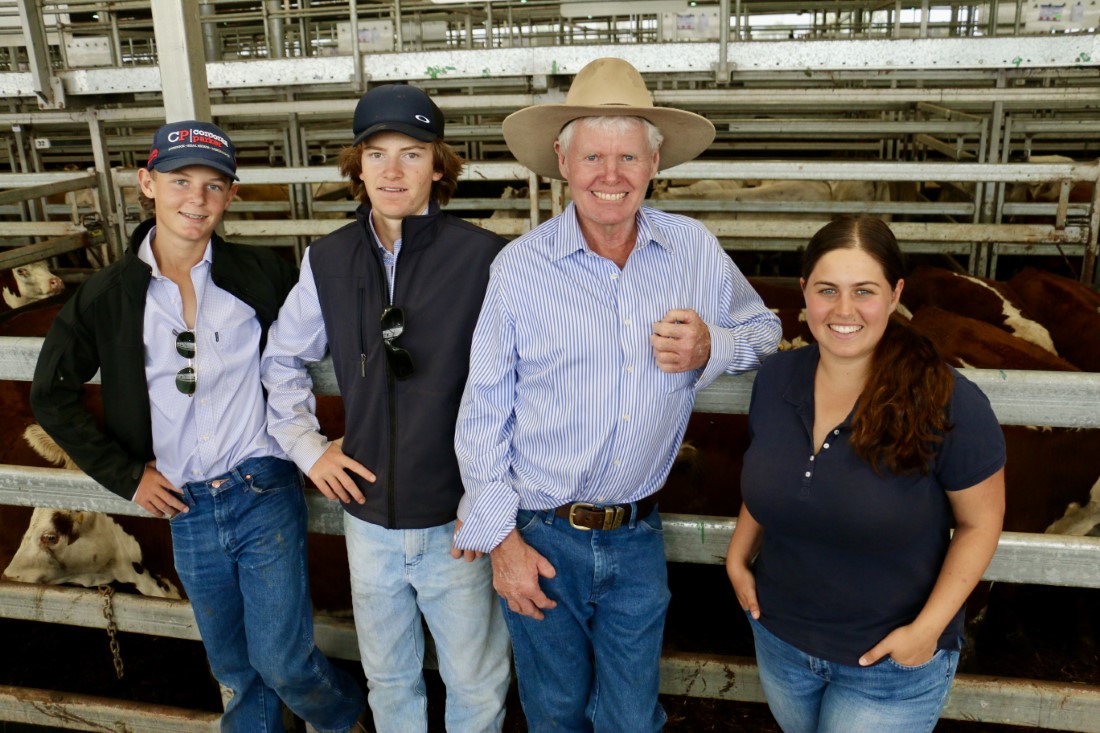 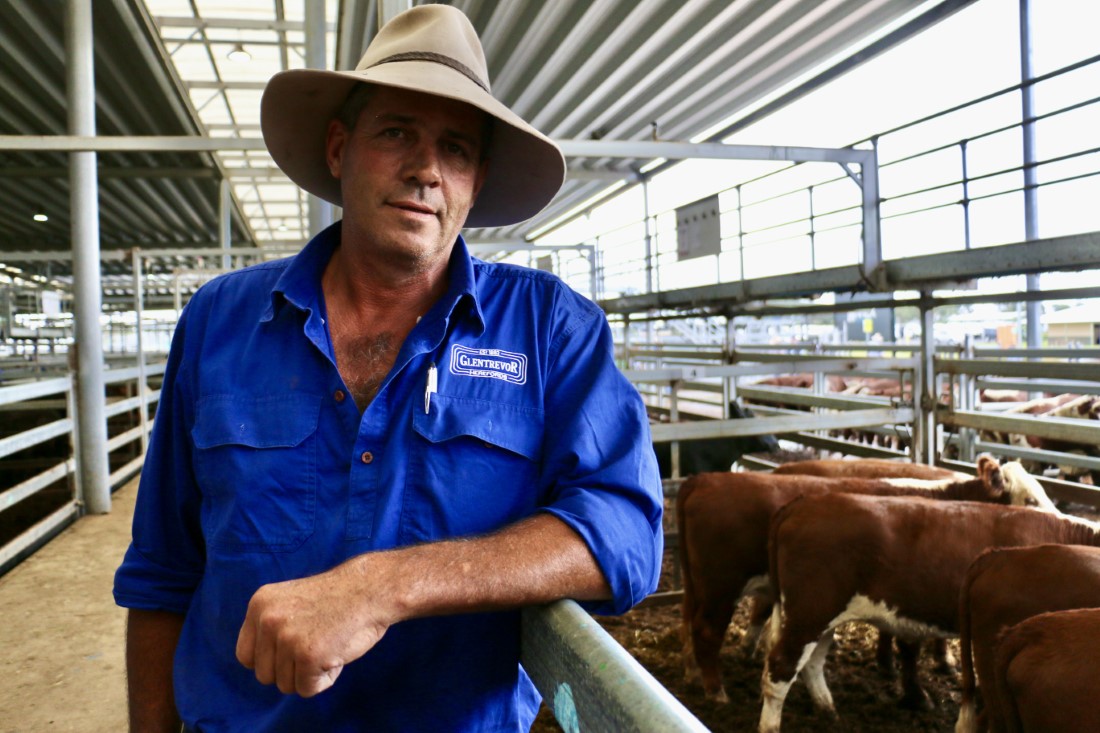 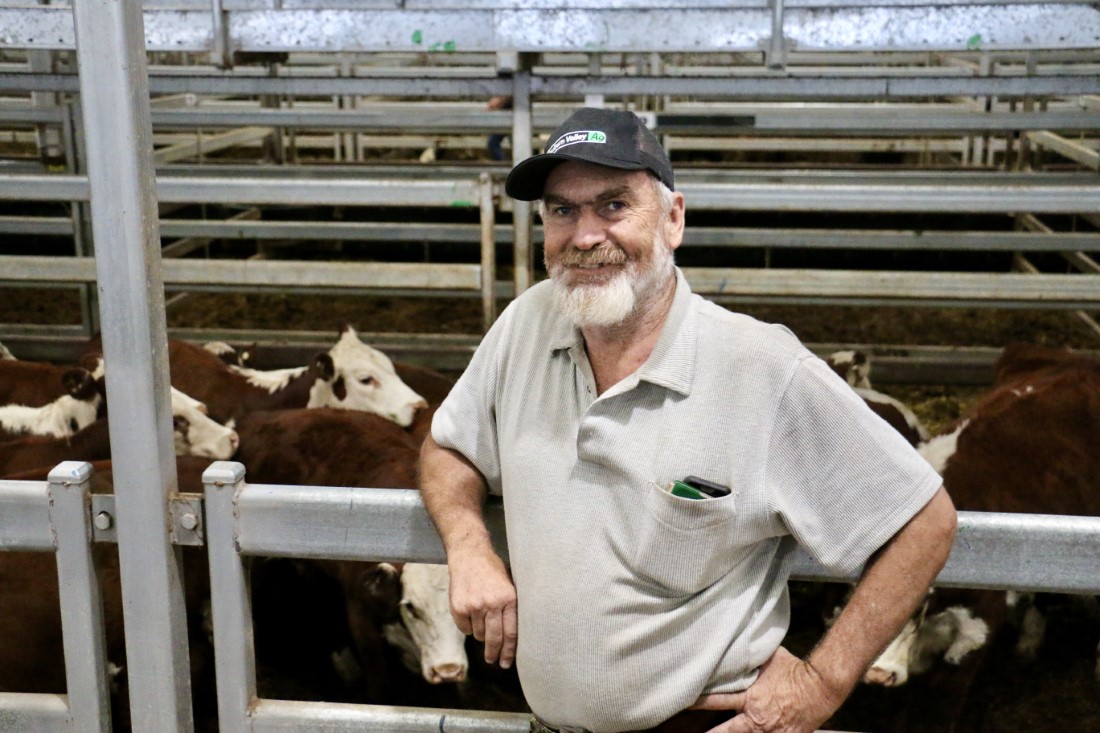 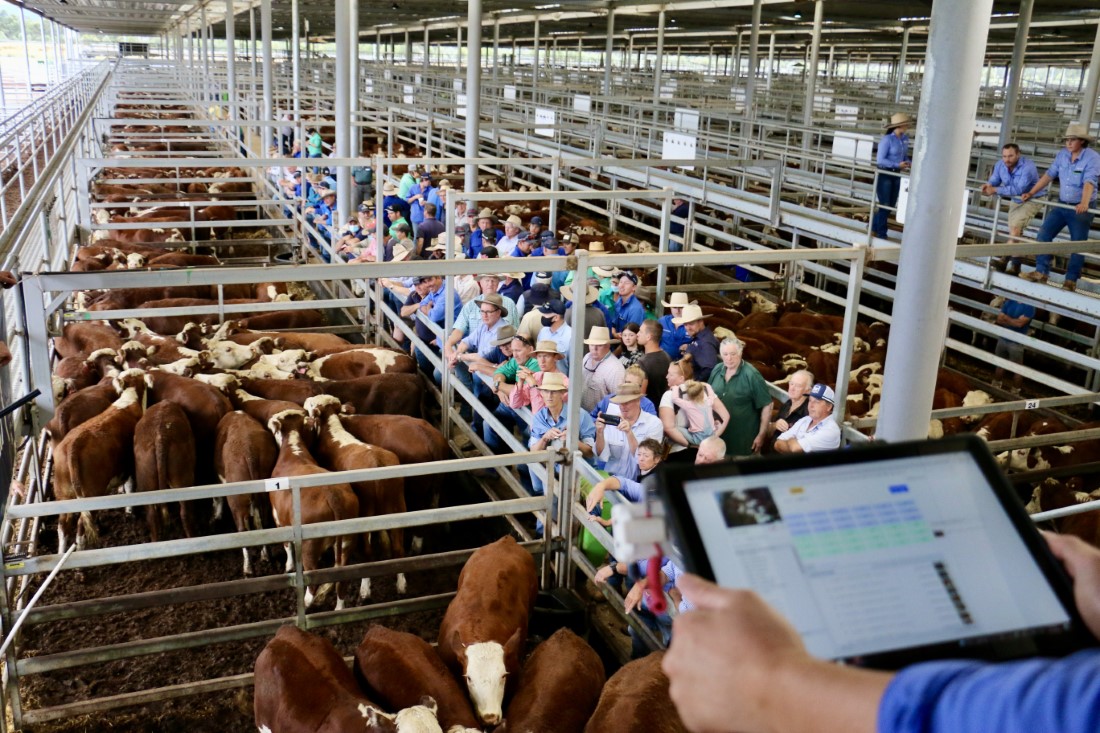 The heavy end of the autumn drop 2021 steers made $2210-$2475 at the Premier Hereford, Hereford Cross and Euro Mixed Sex weaner sale. 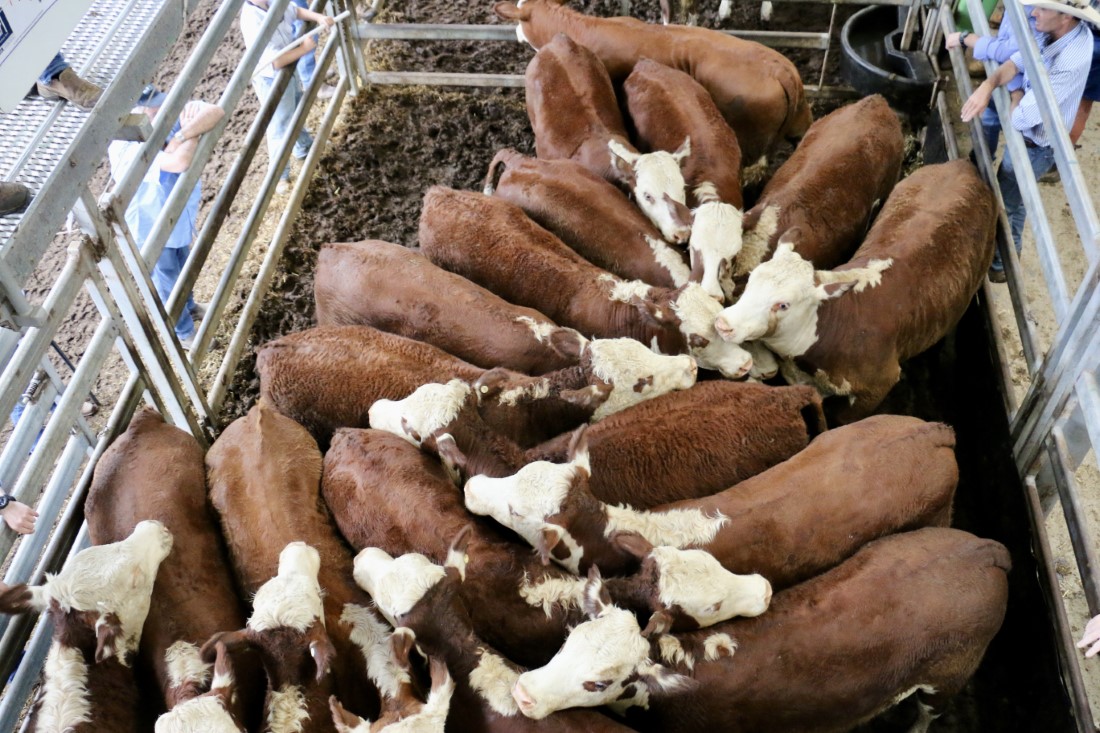 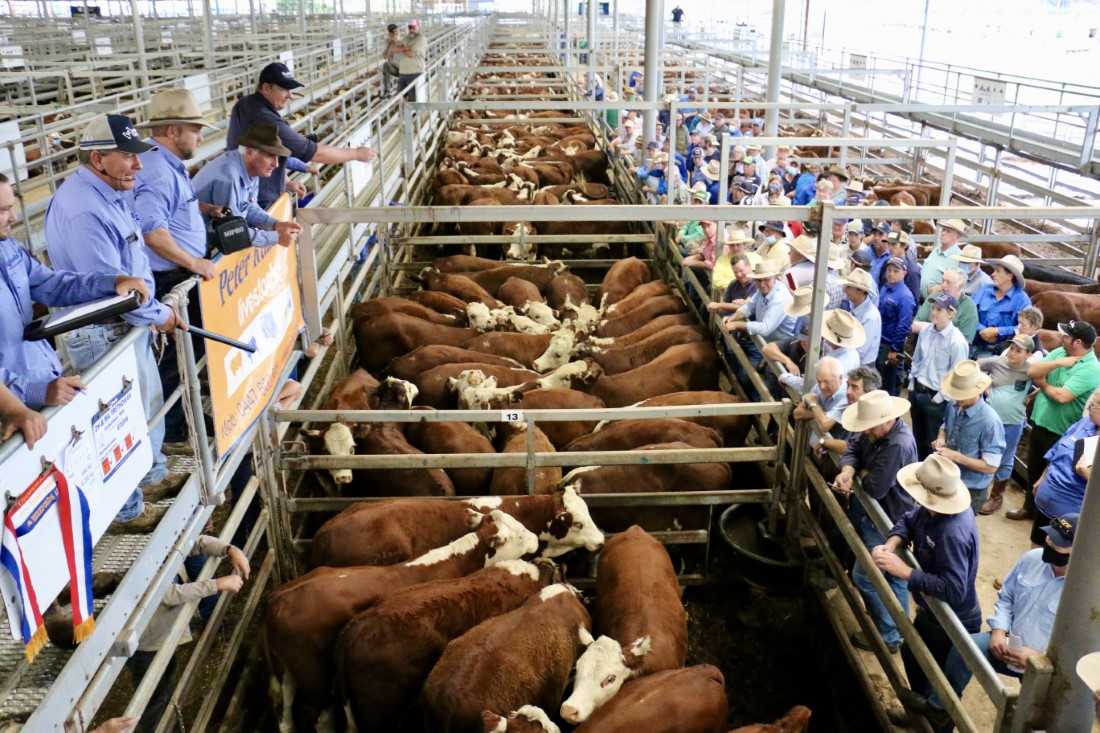 Bids fly on the top price pen sold by David Trethowan, Cookardinia, for $2475. 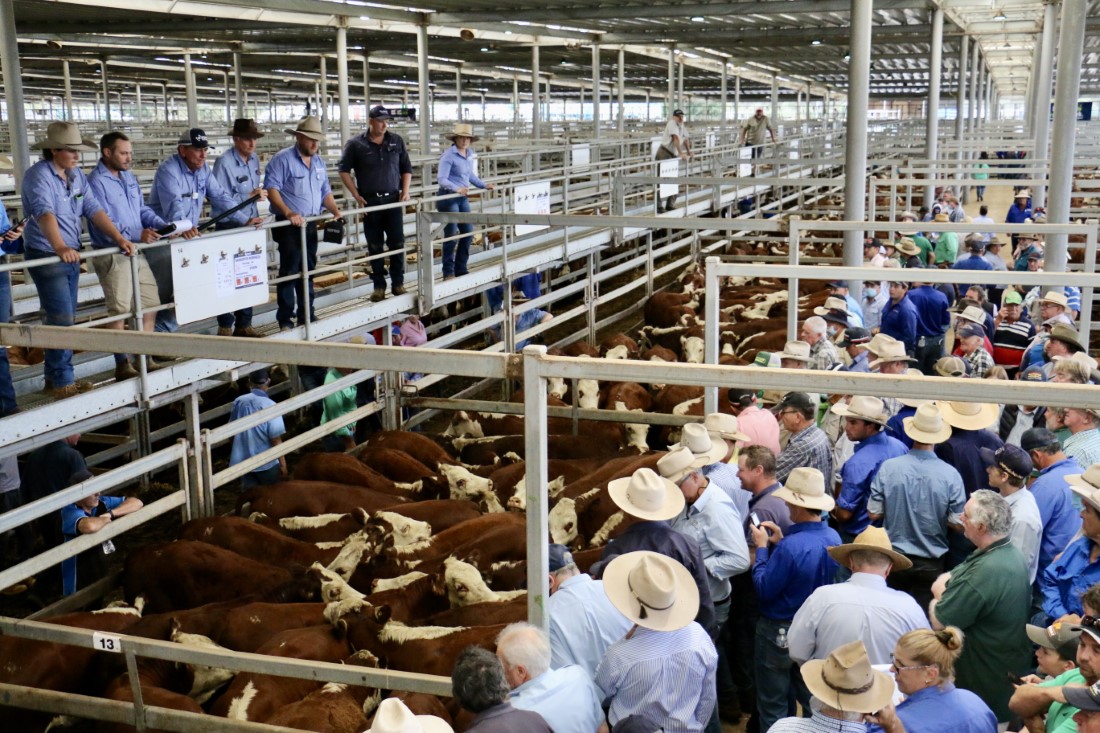 Backgrounders, lot feeders and steer finishers competed strongly on the lineup of Hereford steers at Wodonga. 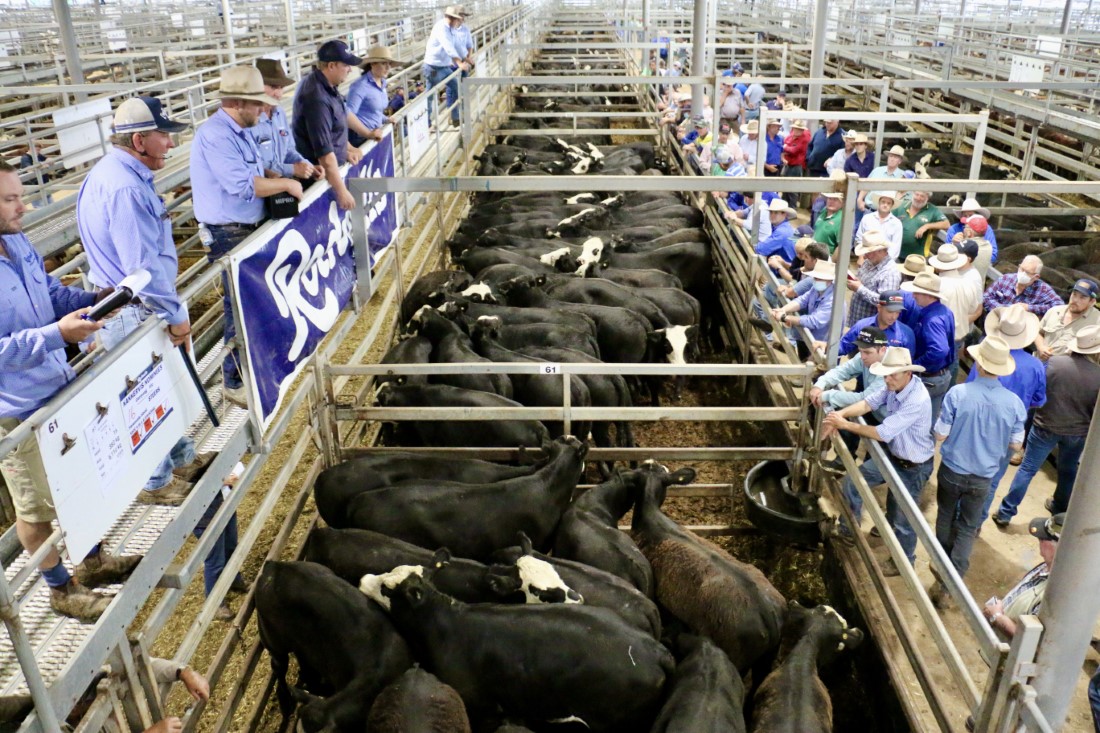