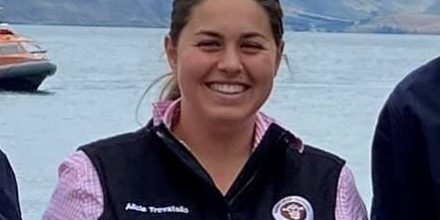 The 2021 CM Hocking scholarship has been awarded to 20-year-old Alicia Trovatello of Kyneton, Victoria.

The CM Hocking scholarship was established in 2002 when Herefords Australia received a significant legacy from the estate of the late Mrs CM (Madge) Hocking to provide an ongoing annual scholarship for Australian citizens undertaking studies that will benefit the Australian Hereford industry.

Alicia was delighted to be awarded the scholarship and will be putting the $5000 scholarship towards her fees at the University of Melbourne where she is currently in her third year of studying for a Bachelor of Agriculture.

Once she completes her degree Alicia has a few career paths in mind including livestock consulting, business planning or research and extension work.

Alicia has been heavily involved with the Hereford breed from a young age, both through her family’s Glendan Park Hereford stud and through the Herefords Australia Youth program.

“I’ve been a Youth member since I was 13 and joined the National Youth Committee in 2019, and I’m now the secretary,” Alicia said.

As a passionate advocate for the Hereford Youth program, Alicia attributes much of the group’s success to supportive attitude of other members of the Hereford breed.

“With the Hereford Youth we have a really good community around us. There are a lot of people in the breed willing to help and give advice, we have a lot of support,” Alicia said.

Applicants for the 2021 CM Hocking scholarship were asked to identify the key challenges they saw facing the beef industry and the Hereford breed within the next five to ten years and were then asked to address what changes could mitigate the challenges they had identified.

In her application Alicia identified environmental and sustainability concerns, the rise in artificial proteins and veganism along with the increasing rural/urban divide as key issues facing the beef industry.

Regarding environmental concerns, Alicia sees the need for the Australian beef industry to be able to adapt to a changing climate while also lowering carbon and methane emissions.

“It is important that the beef industry considers the change in climate in Australia and how it can become adaptable in beef production – to be more drought tolerant, how to produce beef with less than average rainfall,” Alicia explained in her application.

According to Alicia’s winning application the rise in artificial meat, driven by different perceptions and needs, needs to be countered with higher levels of education and engagement, particularly with stakeholders who aren’t familiar with the beef the industry.

“It is important for the beef industry to stand its ground, and to continue to promote the benefits of eating beef – from a natural, nutritional and taste point of view.

“We need all Australians to understand where our milk, our meat and our clothes come from, they don’t just come from Woollies and Kmart,” Alicia wrote.

At a breed level Alicia sees the need to increase Hereford market share along with focussing on the need to improve intramuscular fat (IMF) levels in Hereford cattle.

“I believe Hereford breeders need to be highlighting a Hereford bull’s positive influence on their herd, particularly in crossbred enterprises. Breeders need to be united on a marketing front and promote the benefits of the breed, together, so market share can be increased,” Alicia said.

Alicia identified the need to increase IMF in the Hereford breed as a particularly important issue as it will increase market acceptance of Hereford beef and better meet the needs of the end consumer.

Increased feedback from processors to commercial producers regarding the levels of IMF in their cattle is part of the solution.

“Feedback needs to be heard from processors to these breeders saying that IMF can be improved, and hopefully the breeders will go to the seedstock producers and identify the bulls with better IMF (raw or EBVs),” Alicia explained.

The importance of understanding the use of EBVs and increasing EBV accuracy within the breed was another key issue Alicia identified in her scholarship application.

Alicia sees the use of EBVs as an important selection tool for breeders, however levels of accuracy need to be improved to limit the amount of variation that can occur once progeny data is recorded.

A key solution to this is to encourage Hereford breeders to submit more data to BREEDPLAN, including genomic testing.

The need to recognise EBVs as one of many tools when it comes to bull selection is another important issue that Alicia raised in her application.

Alicia noted that some commercial and seedstock breeders may have lost focus on the need for good phenotype (natural thickness, raw data, and structural soundness) as well as the need to consider the suitability to the climate and clients.

The final issue facing the Hereford breed that Alicia raised in her application is the need to increase youth involvement and retention of youth members.

“Youth are imperative to the continuation of the success of the Hereford breed. Not only is it important to attract youth into our breed, but to retain them and develop a deep bond with Hereford cattle and learn important life skills,” Alicia said.

Alicia would like to see continued input and support for the Youth program from the Herefords Australia board and noted that the increased input and guidance is appreciated by the Youth committee.

An increase in commercially relevant initiatives within the Youth program is another feature Alicia would like to see grow.

“At the end of the day, it comes down to breeding and managing the production of cattle, and I hope to this into future youth initiatives,” Alicia concluded.

Applications for the 2022 CM Hocking scholarship will be opening in October 2021. 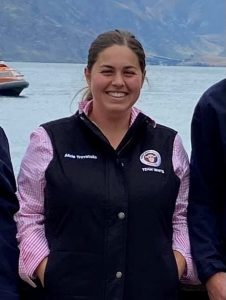