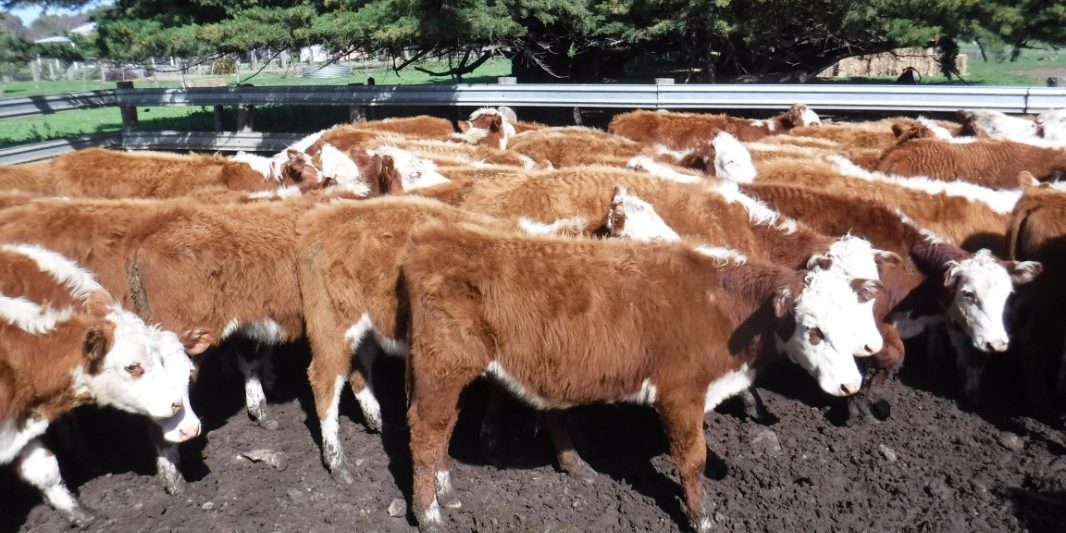 A line of yearling Hereford steers offered by Aringa North Pastoral from Korumburra, near Port Fairy, VIC have set a new cents per kilogram price record for non-Wagyu cattle on AuctionsPlus this week.

The line of 83 Glentrevor blood Hereford steers averaged 175 kilograms and sold for an incredible 695 cents per kilogram or $1216 per head.

The PCAS eligible steers were aged between 11 and 12 months and were sold to a grass finishing program through Elders Korumburra.

Vendor Hoges Hogan said they have been selling their weaner steers through AuctionsPlus for nearly 20 years and were “very happy” with the result.

In the same sale Aringa North Pastoral also sold 42 black baldy steers of the same age for 681 cents per kilogram or $1185 per head.

According to Mr Hogan the black baldy steers were sired by the same Glentrevor Hereford bulls and out of Angus or black baldy cows.

Another run of 24 Charolais/Hereford cross steers offered by Aringa North sold for 638 cents per kilogram or $1065 per head.

Aringa North Pastoral sold a run of Hereford heifers through the sale yards earlier in the year for good money.

“We keep the majority of our Hereford heifers to go to a bull, the ones we sold were preg-tested empty,” Mr Hogan said.

Mr Hogan said they are also looking at selling some late calving cows with calves at foot to capitalise on the current market prices. 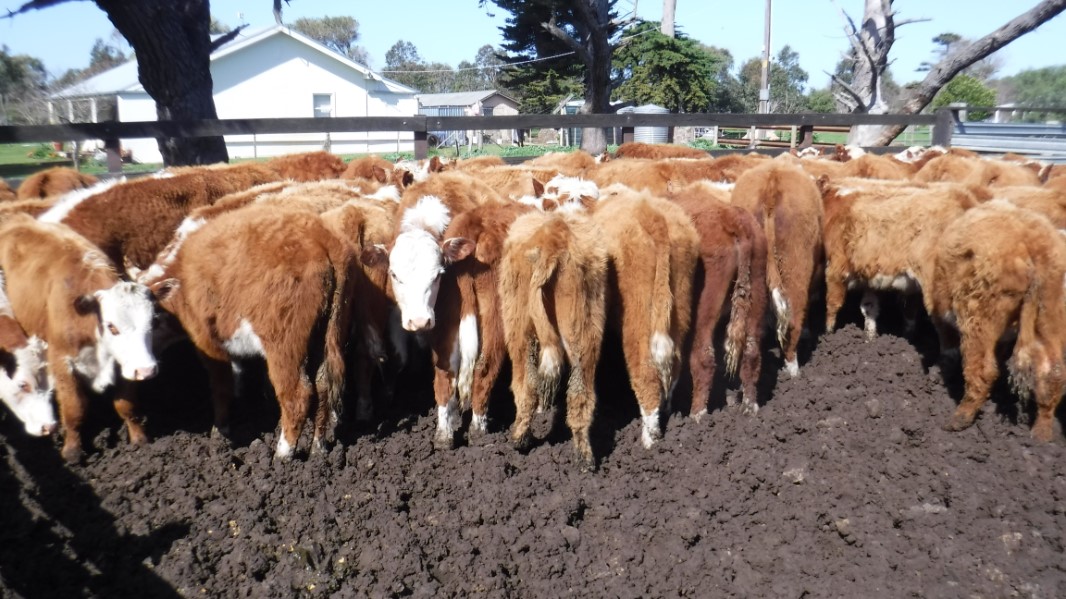