Supple Success with Bulls Selling to $16,000 at Dubbo National Sale 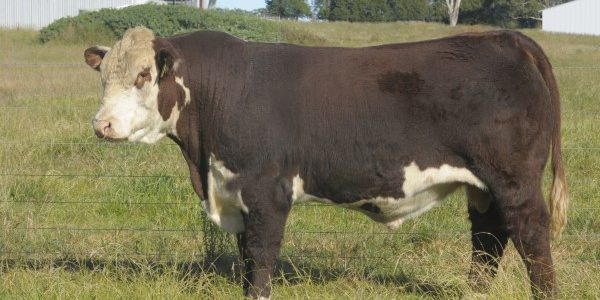 The top price of $16,000 was paid by Robert Hain of Gunyah Herefords, Cooma for Supple Panlicker, offered by Ben and Leanne Rumbel of Supple Whiteface, Guyra.

Supple Panlicker weighed in at 878 kilograms with a scrotal measurement of 39.5 centimetres.

“He’s got a nice, soft muscle pattern and a good smooth shoulder,

“We’re looking for cattle that are easy doing with a moderate frame and slightly earlier maturing,” Mr. Hain said.

Despite being unable to see the bull in person prior to the sale, Mr. Hain said the bull had caught his eye early on and he had received good reports from several people.

Panlicker will be joined with 40 Gunyah cows at an agistment block in Yeoval due to a lack of feed around Cooma.

“Hopefully we’ll get some sort of a Spring and they can all come home again,” Mr. Hain said.

Ben Rumbel of Supple Whiteface described Panlicker as “the type of animal I’m trying to breed.”

The second top price of the sale of $15,000 was paid for Koanui Techno 3062 son, Grathlyn Pacemaker, offered by the Rayner family of Grathlyn Pastoral, Mudgee.

Purchased by Llandillo Herefords in Bathurst, Pacemaker weighed 890 kilograms with a scrotal circumference of 40.5 centimetres.

Pacemaker is a high indexing bull with an impressive set of EBVs with 200, 400 and 600-day weights in the top one percent of the breed and all Indexes in the top 10 percent.

Lee White of Llandillo said they were interested in the Koanui Techno bloodline and were impressed by Pacemaker’s good carcase EBVs and scan data.

“He’s the type of bull we’re looking for with good softness and carcase.

“He’s got good power over the top and good skin,” Mr. White said.

Mr. White said that Pacemaker suits the Llandillo commercial branded beef operation, but he will also be used over stud cows.

The third top priced bull was another Techno son out of the Grathlyn stud; Grathlyn Pagan which sold for $12,000 to Kidman Poll Herefords, Dubbo.

Andrew Rayner of Grathlyn was very pleased with their sale results on the day, selling all seven bulls and both heifers offered by the stud.

The top heifer price of $10,500 was made by JTR Cherry Ripe Q006, offered by Tim and Jemma Reid of JTR Cattle Company.

The 14-month-old heifer was purchased by Talumbi Herefords of Yarra.

Both Tim and Jemma Reid said they were “stoked” with the result and saw the heifer sale as a good opportunity to get their female line out there in the breed.

“We offered what we thought was our best heifer and it paid off.

Cherry Ripe Q006 was sired by Valma Landslide and out of a JTR Cherry Ripe female.

“She is out of one of our best cows, it’s a family line that we really liked.

Including the heifer sale in this year’s Dubbo National was a revisited idea rather than a new idea according to committee chairman Andrew Rayner.

“We knew bull numbers would be tight this year and with the Sydney Royal sale not going ahead it was a good opportunity to boost our numbers,” Mr. Rayner said.

The online only sale format was deemed a success by both vendors and buyers with both parties agreeing it was the best way for the sale to still be able to go ahead given current restrictions.

“There were no complaints with the online sale, but we didn’t have much choice this year,” Mr Rayner said.

Ben Rumbel sold bulls at both the Wodonga and Dubbo National online sales this year and deemed both sales a success.

“I believe that the buyers who can’t attend the sales in person in future will now be more confident with the digital platform,” Mr Rumbel added.

Robert Hain agreed that the online sale had been successful but noted that it was important for buyers to do their research on the bulls they are interested in prior to the sale.

“The online platform works alright if you do your homework beforehand,” Mr Hain said. 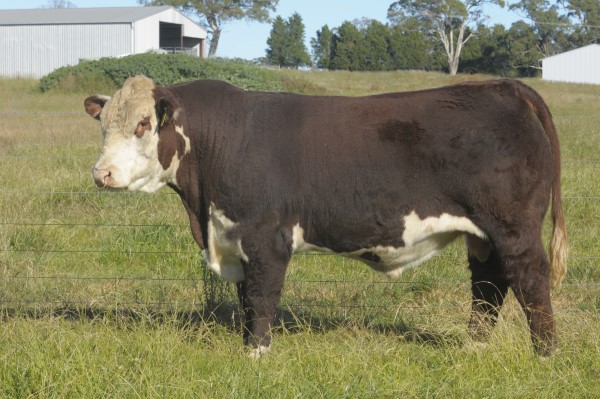 Supple Panlicker made the top price of $16,000 at the 59th Herefords Australia National Sale (Dubbo) 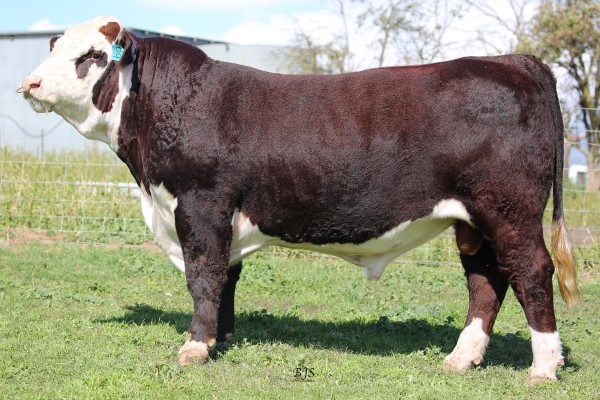 Grathlyn Pagan made the third top price of $13,000, selling to Kidman Poll Herefords. 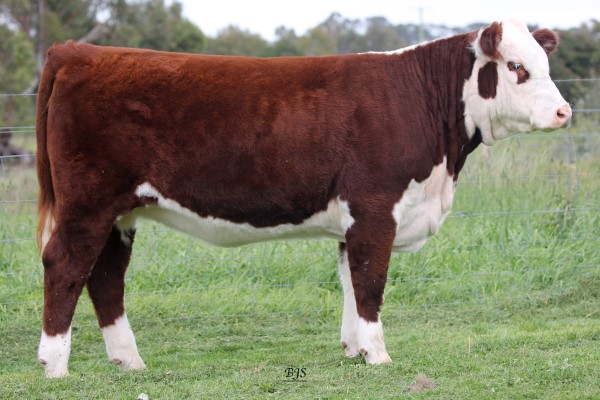