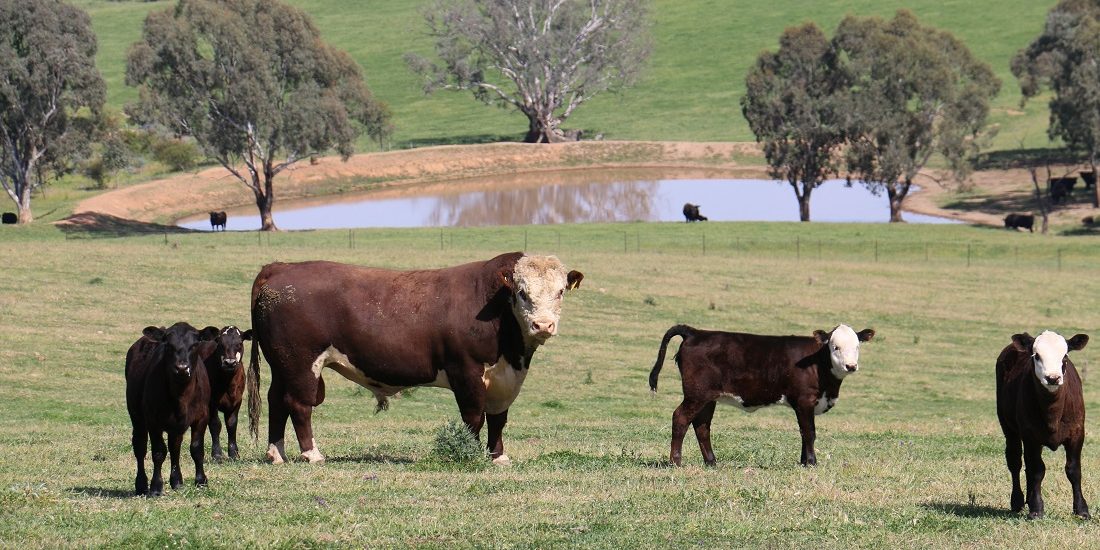 Hereford sired black baldy steers have more valuable carcasses both with and without an eating quality premium over their Angus sired siblings.

The advantage has been quantified with the release of preliminary data from the Herefords Australia Black Baldy trial.

The trial was run over five years from 2014 to 2019, continuing into 2020, with the heifers and steers born and raised at Musselroe Beef, in Tasmania.

Angus dams were joined to leading Angus and Hereford bulls by artificial insemination, and raised under commercial conditions on pasture with no supplementary feeding.

A key aim of the project was to generate grass fed carcase data on the male progeny, and the natural reproduction and longevity data of up to two calvings from the female progeny to aid breed genetic evaluation for the Hereford breed.

The trial will continue to build a Hereford and crossbred reference population by genotyping large numbers of well-measured cattle.

It is a partnership between Herefords Australia, Adelaide University, Meat and Livestock Australia and Musselroe Beef.

Around 1100 cows were mated with many joined over multiple years to result in 1650 calves born across the project.

Live, carcase and meat eating quality data has been analysed by Professor Wayne and Dr Judith Pitchford, of the University of Adelaide.

“The trial has confirmed Hereford cross Angus cattle have heavier carcasses at slaughter compared to purebred Angus and when carcass value was calculated based on saleable meat yield alone or with an assumed eating premium included, the Hereford crosses were more valuable to the producer,” Prof Pitchford said.

“Black baldy steers had heavier carcasses which despite having lower marble scores were still worth more than Angus carcasses unless a specific Angus premium is paid.”

But, the advantage of black baldies for reproduction is less clear-cut.

“While a greater proportion of black baldy heifers were pubertal going into the first mating, this did not translate into any more calves,” Prof Pitchford said.

“However, they did produce more second calves so maybe if they are retained in the commercial herds there could be benefits in reproduction.”

The black baldy calves have been genotyped with significant maternal and carcass data collected for contribution to BREEDPLAN analyses.

At weaning each March, the animal’s hair was sampled for genomic testing to determine breed composition and parentage.

Hereford sired calves were heavier at birth (7.9 per cent) and weaning (3.1 per cent) however calving difficulty and calf loss was nominal between the two breeds.

“This carried through to yearlings where Hereford sired calves had greater weights (2.9 per cent for heifers and 3.4 per cent for steers),” Prof Pitchford said.

“Hereford sired heifers had larger eye muscle area and more fat cover (rib and rump) than Angus sired heifers but this was not significant for steers.

At the live scan, Hereford sired steers were 3.4 per cent heavier, had a 1.7 per cent larger eye muscle area, and more rump fat. They had less intramuscular fat than the Angus sired calves.

Marbling was lower but there was no significant difference for cooking loss or tenderness measured as shear factor.

“When a dollar value was calculated for carcasses based on a lean meat yield price per kilogram, Hereford sired steers had more valuable carcasses both with and without an eating quality premium,” Prof Pitchford said.

There was no difference between the sire breeds in heifer calving rates but a greater proportion of Hereford sired cows had a second calf than the Angus sired.

“The carcase results, along with the extra growth and maternal benefits show the advantage of using a Hereford sire in your beef enterprise,” Mr Donoghue said.

“It has also shown a Hereford sire can increase the profitability of a beef enterprise through a lower bull cost per calf produced.”

Queensland producer Tom Nixon uses Hereford bulls over 250 Angus females and cannot fault the F1 female for mothering, survival and ability to go back into calf.

He will use genomic testing and sire verification on the progeny this year to determine what F1 females to retain.

“We don’t want to get caught up in a singular trait but really utilise the carcass side of the Hereford and benefit steer wise from that,” Mr Nixon said.

“We have been following the Herefords Australia Black Baldy trial and am interested in the new commercially based indexes.

“The ability of the black baldy female to go back in calf every year is a massive plus.” 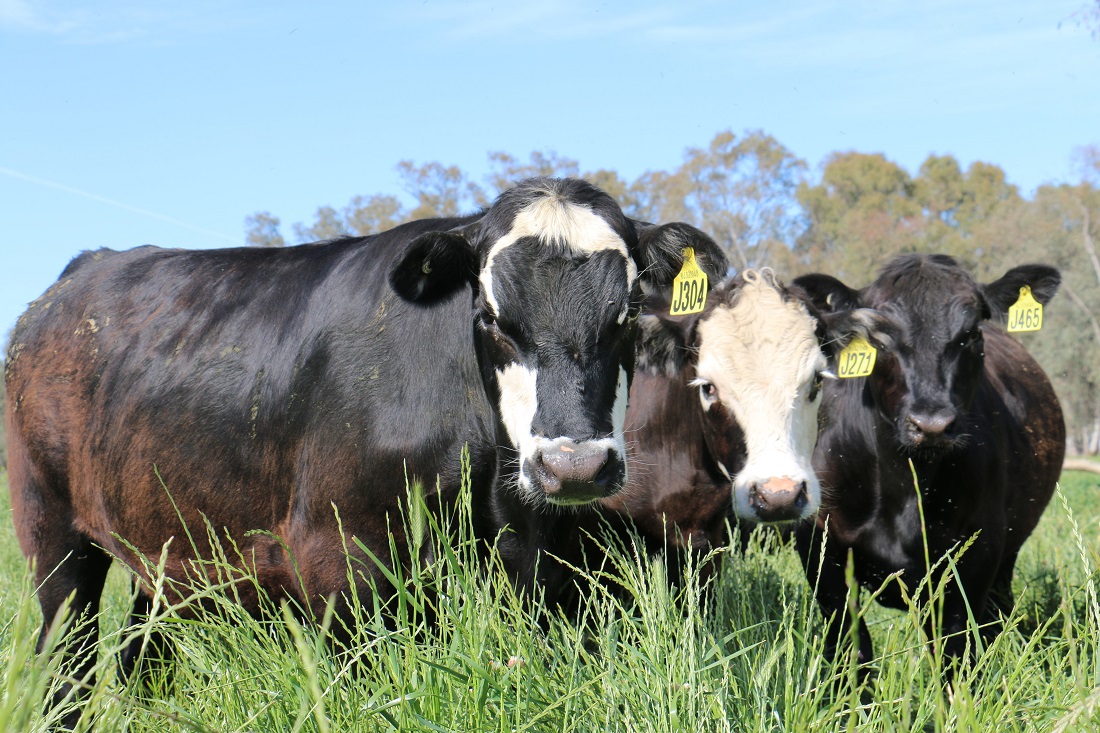 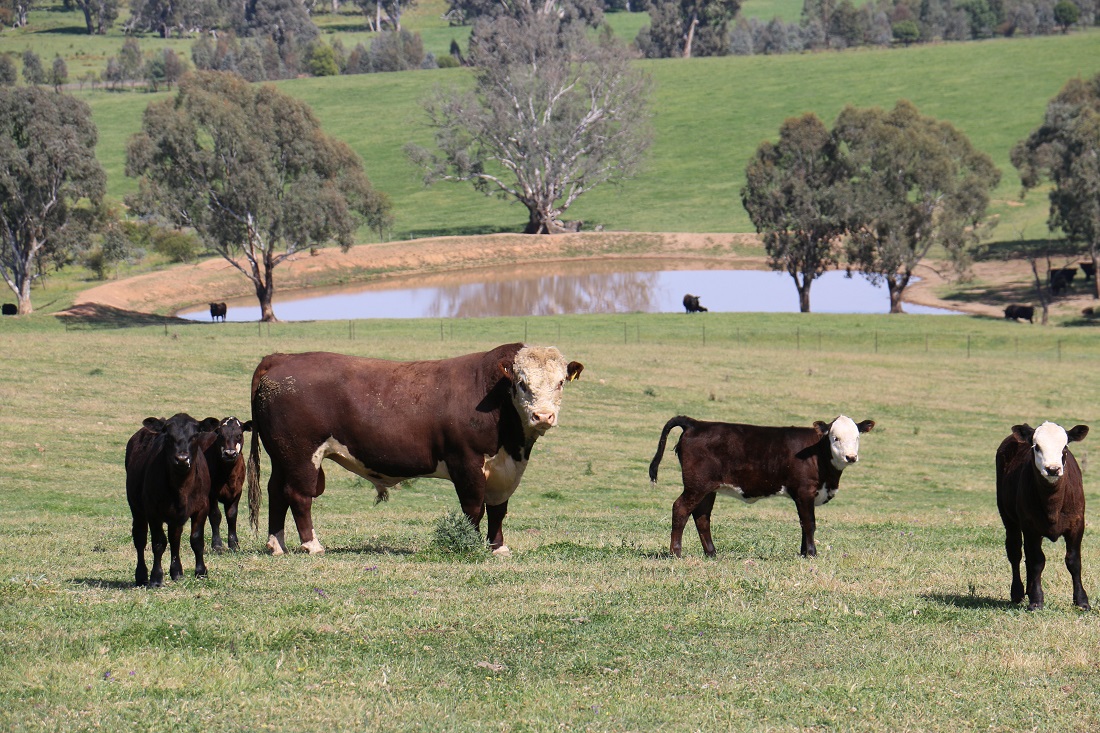 A Hereford sire can increase the profitability of a beef enterprise through both carcase value and maternal benefits.