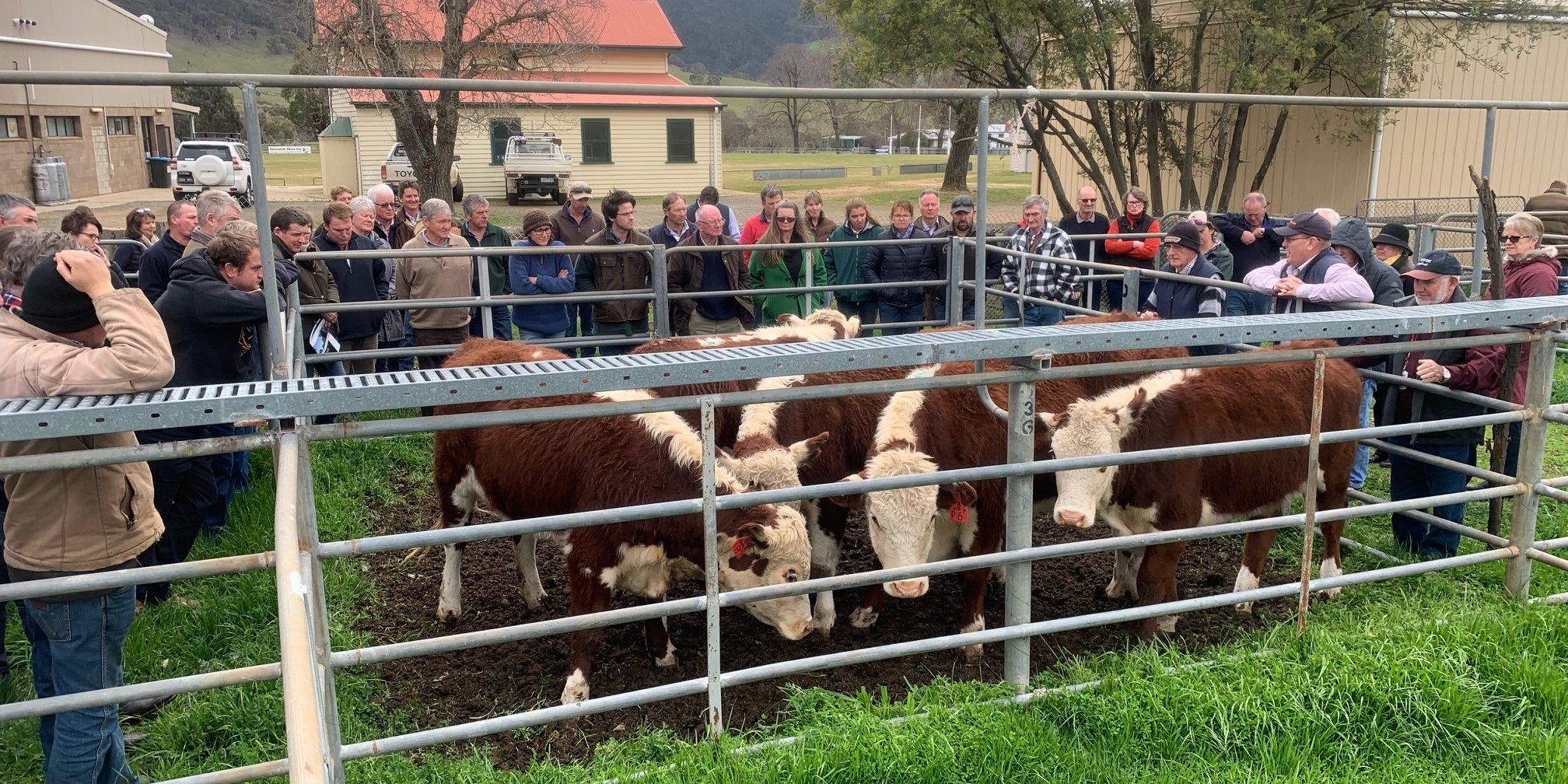 The workshop was delivered by Dr Jason Trompf of Latrobe University and Chris Mirams of Chris Mirams and Consultants.

The Bred Well Fed Well workshops have been run at various locations around Australia and focus on teaching producers to develop a breeding goal for their business and how to produce animals that meet those goals.

Dr Trompf’s presentation focused on understanding Breedplan EBVs and how to use them in bull selection to ensure producers are selecting the right bulls for their production goals.

“[Breedplan] really helps with traits that are hard to measure, under the skin and not easy to see.

“It’s even quite difficult to pick out growth rates visually,” Dr Trompf said.

Dr Trompf also pointed out that visual assessment still plays a vital role in animal selection, however this should be used in conjunction with objective genetic information.

At the Omeo workshop several bulls were provided for producers to appraise and then try to identify which bulls would be best suited to which production goals.

Chris Mirams said that initially the producers were asked to select the bulls on visual appraisal alone, and then they were provided with the data.

Mr Mirams explained that producers first needed to understand what their breeding objective was to then understand what EBVs they needed to be purchasing and then balancing that with visual assessment of the animal.

Placing too much focus on raw body weights of bulls at sales was another key issue Dr Trompf discussed with producers at the workshop.

Animal weights are a lowly heritable trait with the majority of the influence on weight coming from non-genetic factors such as age and feed availability.

Dr Trompf explained that using Breedplan corrects for environmental factors in the bull’s growth and allows producers to sift for the genetic opportunity that exists within that bull.

“I think the beef industry needs to get with the future and stop presenting raw body weights at commercial bull sales.

“The sheep industry rarely does it and people are getting focused, and that’s because something like 400-day weight is about 25% heritable and three quarters of it is non-genetic, so having raw data doesn’t really help,” Dr Trompf said.

The importance of matching the animal to the environment to drive efficiency was the focus of Chris Mirams’ presentation at the Omeo workshop.

According to Mr Mirams, producers need to ensure that they are matching feed supply with feed demand by understanding their environment and setting the right calving dates.

Appropriate pasture management is also an important factor as producers need to ensure they are planting the right pasture species, using the right fertilisers and grazing the pasture in the best way.

The ongoing drought and poor seasons across much of Australia offers producers the chance to review their pastures and prepare for future seasons, according to Mr Mirams.

“There’s been some pretty tough seasons around and a lot of the feed bases will be eroded, there’s no doubt about that, so now’s a great time to do a review of soil testing, where we’re up to with our nutrient status, and what’s happened to our pastures,” Mr Mirams said.

Herefords Australia Chairman; Bill Kee was in attendance at the Omeo workshop and was delighted at the success of the event.

“It’s tremendous [to have this event here], this area is a breeding area, whether you breed Herefords, Angus, Shorthorns or whatever breed, it’s not breed specific and the message that comes out of today is for the beef industry,” Mr Kee said.

“I believe the workshop was an outstanding success, [there were] great presenters with an industry/commercially based message and it was well received by those who attended,” Mr Kee added.

Patricia Brown of Kent Park, Mount Brown also attended the workshop with her husband and son and was pleased that the workshop would help in the future running of their business.

“My son has really got a lot out of [the workshop] because he’s just come home to the farm and he’s on a big learning curve and has found today most productive,” Ms Brown said. 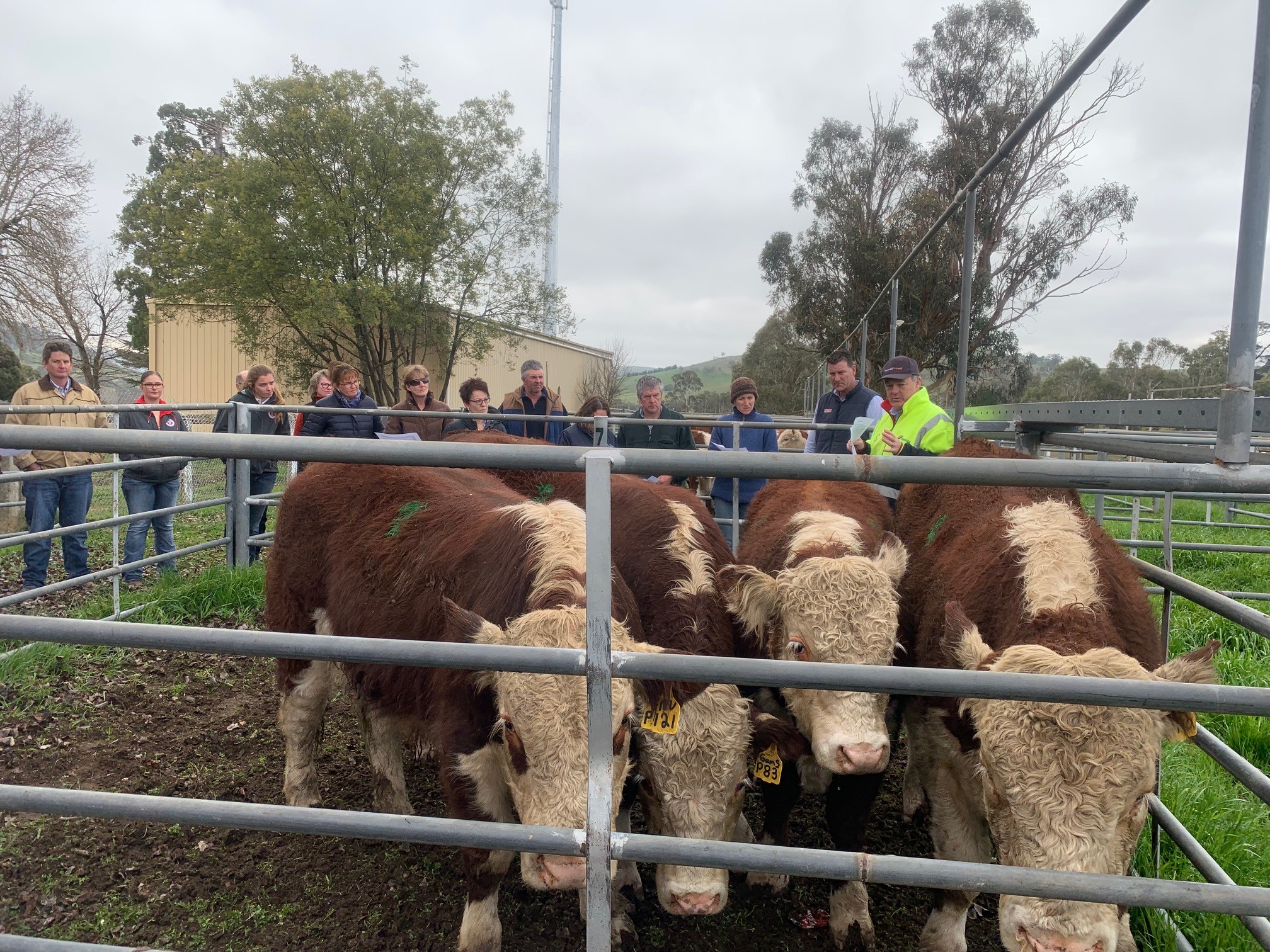 Producers visually appraised animals before being provided with EBV data to select the best animal to suit a particular breeding goal. 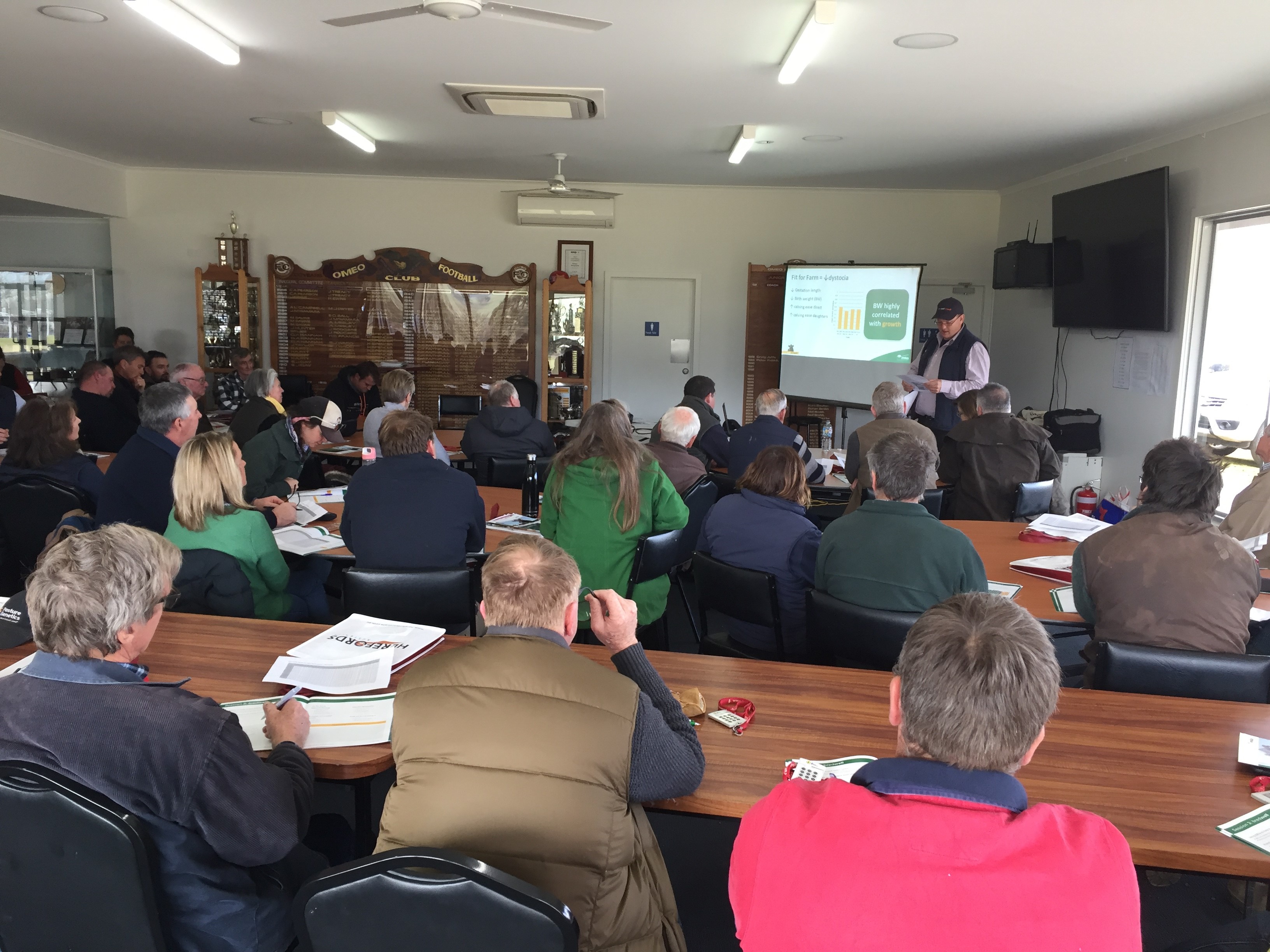 Producers were provided information on using EBVs as a bull selection tool and how to better manage feed supply and demand.