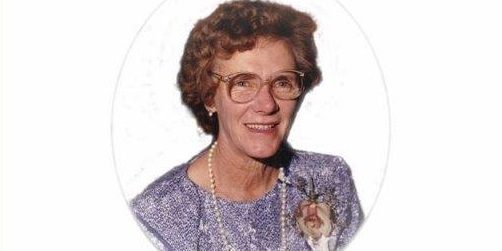 Janice and Don Carlyle established the Wonga Hills Poll Hereford Stud in the 1960’s, at Wonga Hills, via Chinchilla. The stud achieved many show ring successes. A highlight was when they were awarded Grand Champion Poll Hereford Cow at the Brisbane Exhibition in 1973.  Janice was a very active member of the Poll Hereford Society. She continued to show and sell bulls well into the 2000’s. Janice passed away peacefully on October 12th 2018 in Chinchilla. (Don predeceased her in 1987.)

The relatives and friends of Janice are respectfully invited to attend her Life Celebration Service to be held at St Cecilia’s Anglican Church, Chinchilla. The service will commence at 1:00pm Thursday the 18th of October 2018, followed by internment at the Tanderra Lawn Cemetary, Chinchilla. 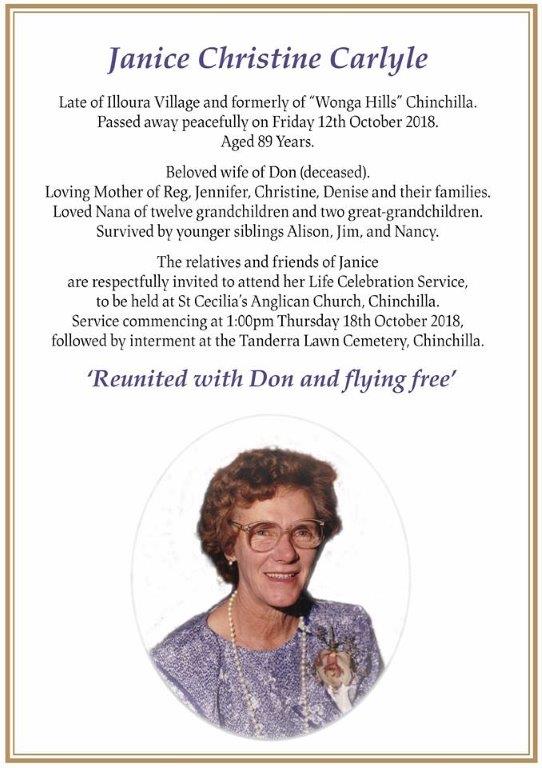