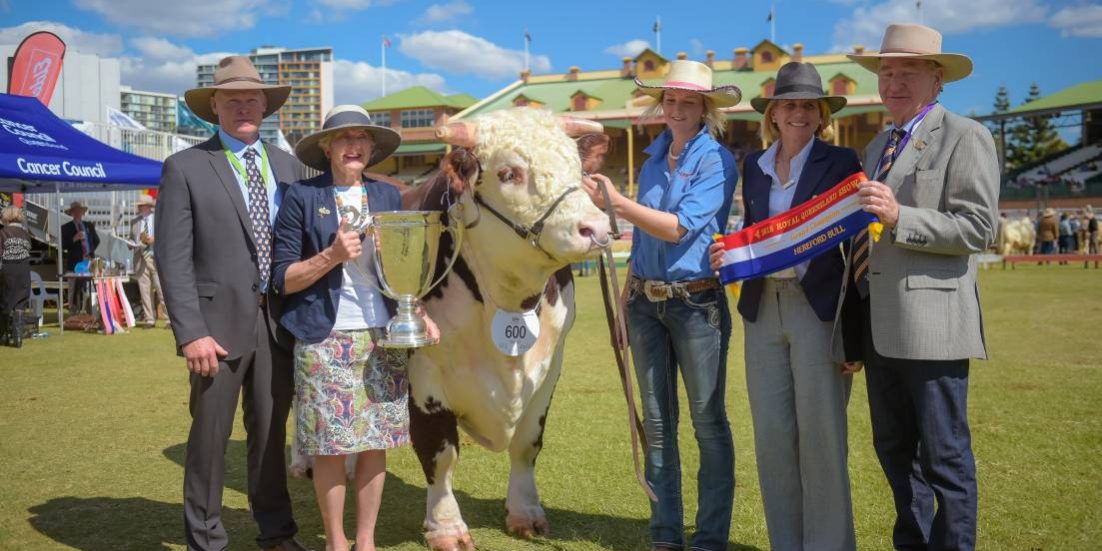 There were 37 Herefords entered in the stud beef section of the show, with Stephen Peake of Bowen Poll Herefords, Barraba judging the Hereford classes.

After first taking out the prize for champion Senior bull, the 27-month-old son of Hunday Hartland H020 went on to be sashed grand champion Hereford bull of the show and winner of the J L & R S Wilson Memorial Trophy.

The 12-month-old heifer topped the competition in the Junior female class before surpassing the champion Senior female to be presented with the James Hilton Doyle Memorial Trophy for grand champion Hereford female of the show.

Welray Partnership were also presented with the  Ivan Doljanin Memorial Trophy for most successful exhibitor.

Sired by Mountain Valley Longbow, Naidoo is a low birthweight bull with above average EBVs for 200, 400 and 600-day growth. 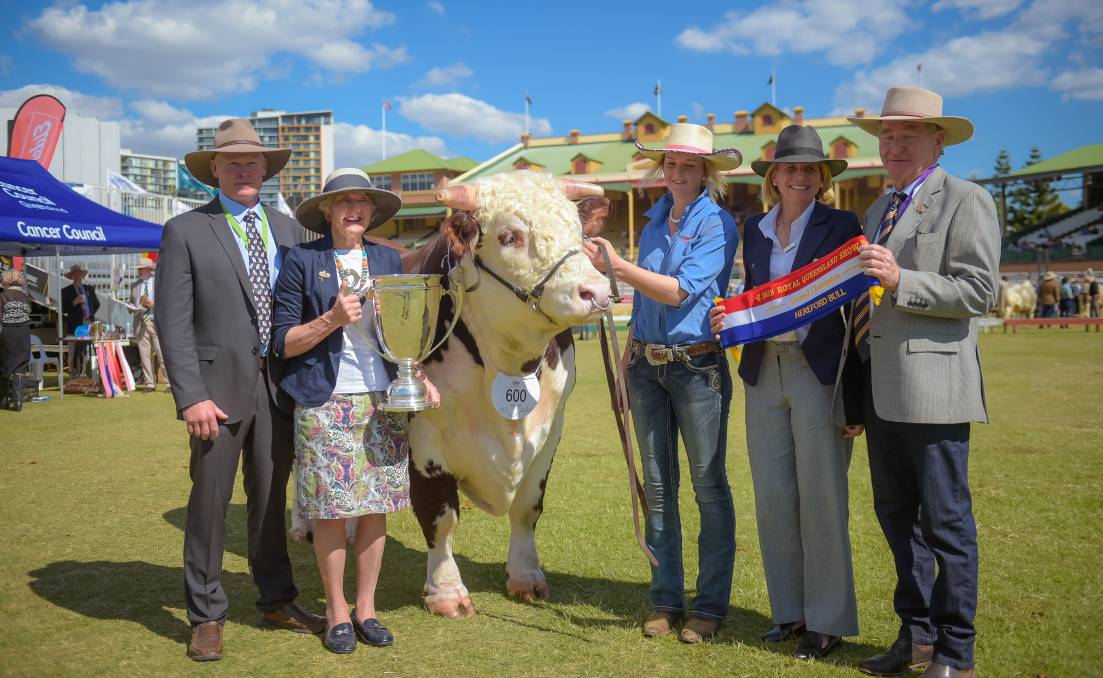 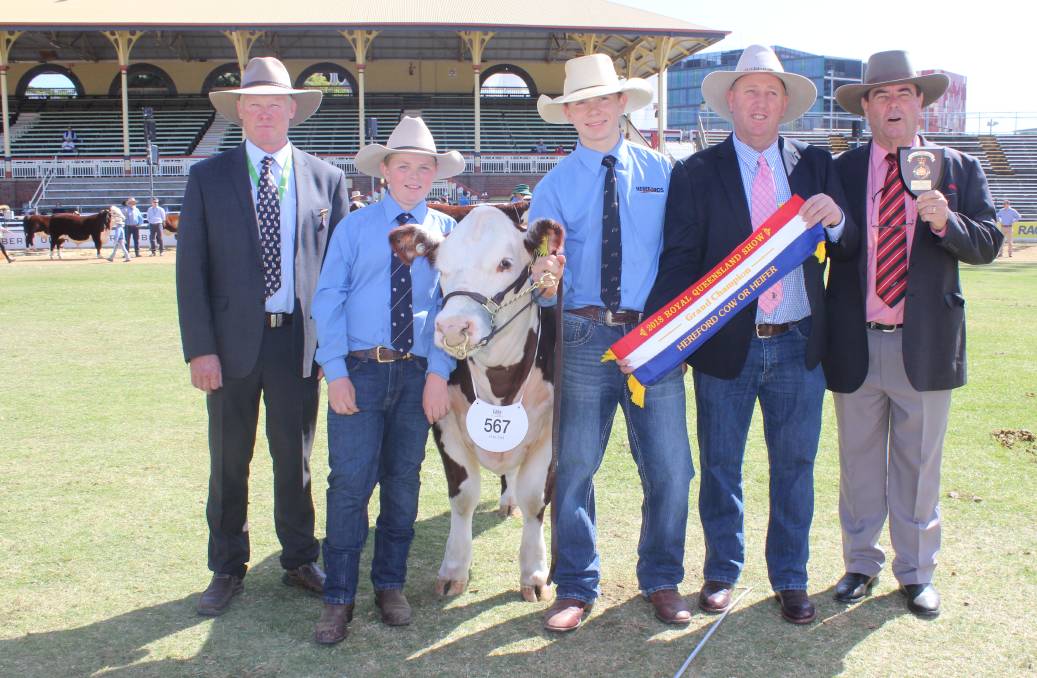