Tycolah Overdrive L84 stormed through one of the biggest showings of Hereford cattle outside of a Royal to win grand champion bull of the Glen Innes Feature Show.

A strong line-up of 22 bulls in the 16-18 months class resulted in the class being split in two.

The July 2015-drop Overdrive went on to be sashed as the supreme bull of the show.

Mr Crowley said the 19-month-old bull would be shown at Sydney Royal and then offered at the stud’s on-property sale in July.

He said the judge had commented on the bull’s length, neck extension, muscle and potential.

“It was a strong showing with entries from Queensland and quite a few commercial breeders watching the judging,’’ Mr Crowley said.

“It was one of the biggest showings of whiteface cattle outside of the Royals, and Wodonga and Dubbo Nationals.’’

In reserve was Tycolah Olympic L33.

The senior and grand champion female was awarded to Tycolah Canary E24 with Battalion Constance K37 sashed as reserve. 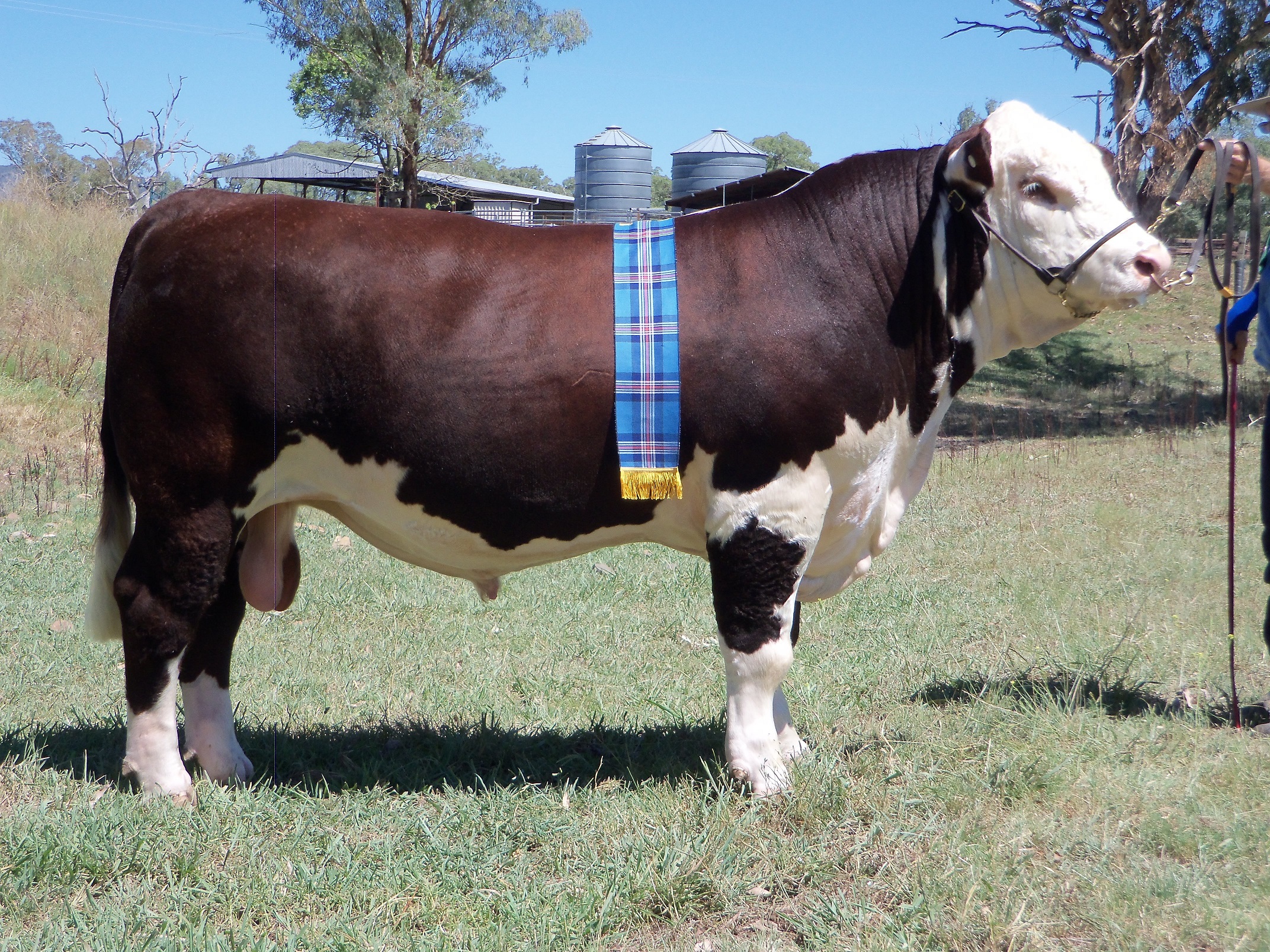 Steve Crowley on the halter of the grand champion bull Tycolah Overdrive L84.