Autumn whiteface on-property and multi-vendor bull sales have got off to a cracking start with high clearances and averages jumping by up to $2400 on 2016.

In the 16 sales held nationwide in February, bulls have topped at $41,000 and commercial producers have lifted their sights on quality genetics, paying up to $4000 more than 2016.

The season’s sale circuit opened with a bang when Yarram Park held the inaugural on-property sale on February 13 and topped at $24,000.

Yavenvale Herefords and Poll Herefords, Adelong, NSW, offered the biggest catalogue of the season, to clear 109 bulls from 111 on February 22 for the highest clearance rate of 98 per cent.

Yavenvale also achieved the highest price for the autumn to date of $41,000 for Yavenvale Legend L329 bought by Tarcombe Herefords, Ruffy, Vic.

In Victoria, pre-sale nerves proved unfounded for Alvio Trovatello when the average jumped by a massive $2428 on last year at the Kyneton based Glendan Park Herefords and Poll Herefords.

The McClure family, “Morree”, Casterton, fresh from topping the weaner sales at Hamilton, reinvested back into new sires to a top of $13,000.

Mr Trovatello said there was no discrimination between horned and poll genetics, with buyers seeking outcross bloodlines and performance data.

A total of 129 bulls representing seven British and European breeds from 22 studs were on offer.

The next best breed average was $5511 for Angus.

“We normally offer six bulls but last year buyers went without so we increased the team this year,’’ Mr Francis said.

He said many positive comments were received from all breeds on the whiteface catalogue.

“We had three new buyers and seven repeat buyers from purebred and crossbred herds – it was a good result for the breed and made everyone stand up and take notice,’’ Mr Francis said.

“In the past, buyers had $5000 to spend but this year they kept bidding, however they are more selective, going for quality, meat and muscle.’’

The whiteface catalogue at the 24th annual Countryman Invitation Bull sale at Narrogin on February 21 was the largest single offering of Poll Herefords at one sale in Western Australia.

Terraneil, Quaindering and Greenland studs combined to offer 27 bulls and sold 23 for an 85 per cent clearance and average of $7532 – well above the next nearest breed of Murray Grey on $5104.

Mrs Woods said the average was well up on last year’s $6600, with most WA whiteface studs almost sold out of bulls.

“Strong bull sale results for the past two years is positive news for the breed,’’ he said.

“It was the highest number of bulls we have ever offered, the best average and one of the best top prices so those were three promising indicators for us.’’

In South Australia, there has been a resurgence in pastoral orders on the back of a good season, according to Mark Wilson, Kerlson Pines Poll Herefords, Keith.

He said volume pastoral orders had resulted in bulls selling to $10,000 – up from around $5000 last year – plus herd bulls were snapped up privately.

“They are wanting well coloured bulls with hooded eyes, muscle, good feet and legs, and doability,’’ he said.

“The stations have lifted their sights and bought better bulls as they know they can achieve a better return from the feeder or weaner markets.

“There is indication of confidence in the season and breed.’’

He said repeat clients had underpinned the sale, with volume buyers coming from Mt Gambier and Coleraine to reinvest in new genetics after successful weaner sales. 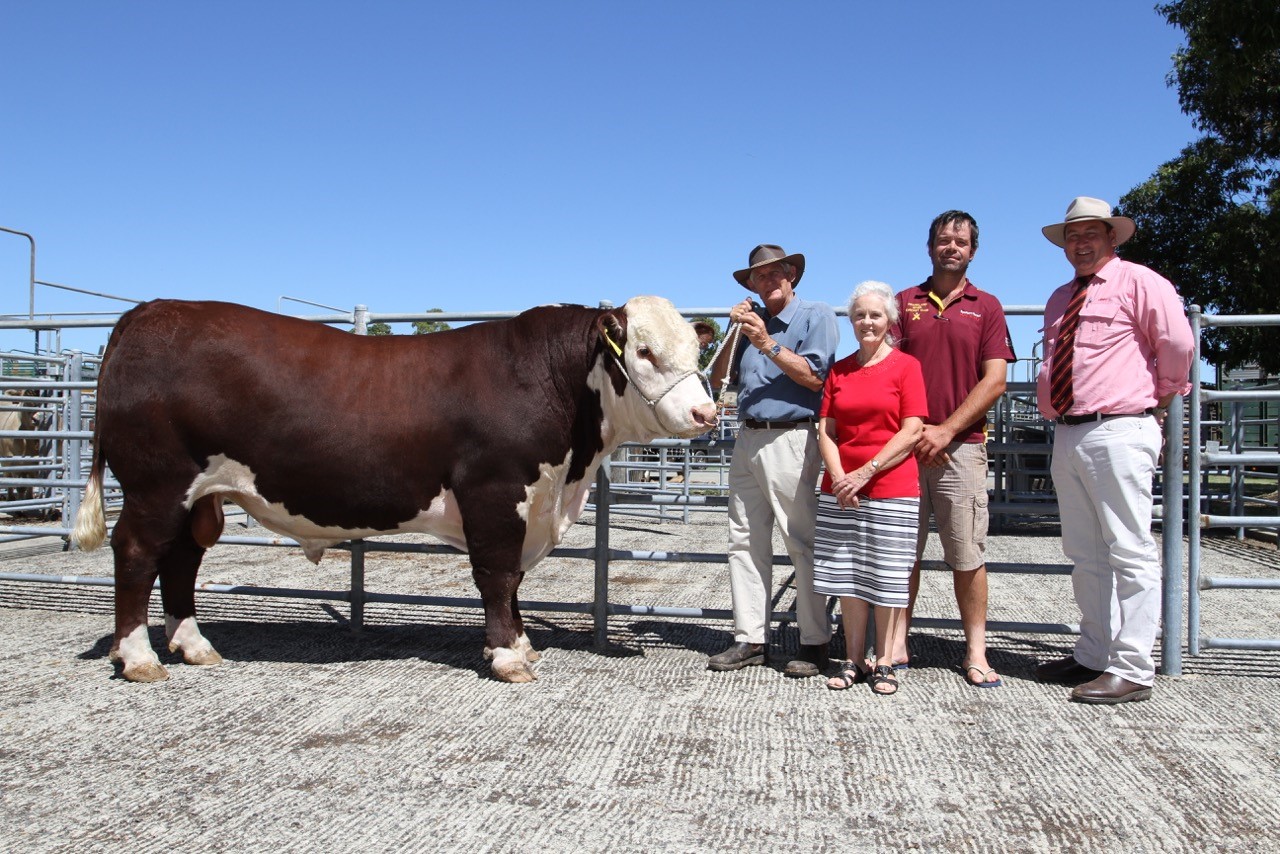