Restockers Battle Over Breeder Lines To Push Prices To 406c/Kg

Whiteface seedstock heavyweights went head to head to snap up a large portion of the Hereford offering at the Hamilton All Breeds Heifer sale on Wednesday.

Yarram Park’s Western District Pastoral Company and Injemira Beef Genetics, Wagga, were among the dominant players, paying the top prices in the Hereford run of $1306 or 406c/kg.

It fired the opening salvo in the run of Hereford weaner heifer feature sales for 2017.

Mr Upton was happy to pay up to 397c/kg for quality breeder cattle.

“They are well worth it given the market,’’ he said.

“They are going into a commercial breeding program in south east South Australia – we are looking to buy up to 500 over the next few days.’’

“Under the program, these heifers will be either joined and sold or fed for the Coles Graze product,’’ he said.

“The sale was very strong on the well bred lines.’’

The vast majority of the pens returned to the paddock through Mt Gambier agents, Miller Whan and John.

JBS Australia operated on the opening pen of Shorthorn-Herefords, 362kg and EU accredited, for their Longford plant and paying $1263 or 349c/kg.

The balance of the yarding was bought by Hardwicks, Elders Ararat and Kerr & Co, Hamilton.

With the vast majority of Hereford pens accredited European Union, there was no premium in the sale.

Topping the sale on a dollars per head basis was a pen of 27 EU accredited heifers, Yarram Park and Mawarra blood, 357kg, offered by Leon and Sally Wheeler, Wallacedale, and sold for $1306 or 366c/kg.

They were bought by the Western Districts Pastoral Company.

“There are plenty of people still catching up from the bad years but we will invest in infrastructure.’’

“The sale was exceptional – we are thankful for the support of the stud breeders,’’ Mr Miller said.

‘The Injemira Advantage creates competition for us – I was thinking 360-370c/kg coming into the sale so I’m pretty pleased.’’

Mr Malseed was among many Hereford vendors to offer European Union accredited cattle.

“There wasn’t much of a premium on the steer side this year but in other years there has been,’’ he said.

“Three years ago, we were getting not much above 200c/kg and the EU premium gave us another 10c/kg.

“But, I can’t say it makes a big difference in the heifers.’’

Mr Malseed said the EU requirements were not onerous and it was a case of “learn as you go’’.

“We have retained 50 per cent of our heifers this year – last year we averaged just over 300c/kg over the run.’’

“It was definitely good to see the Herefords keeping up with the Angus today,’’ Travis said.

“There was some heifers too light for the restockers but people will definitely not go home disappointed.’’

Ron has retained 60 heifers and invested in 20 tops of the drop Mt Widderin heifers, bought on AuctionsPlus for $1450.

“Once the buyers moved off the feeder heifers there was a depth of stud breeders operating on a good class of restocker lines, which made 365-400c/kg,’’ Mr Hickey said. 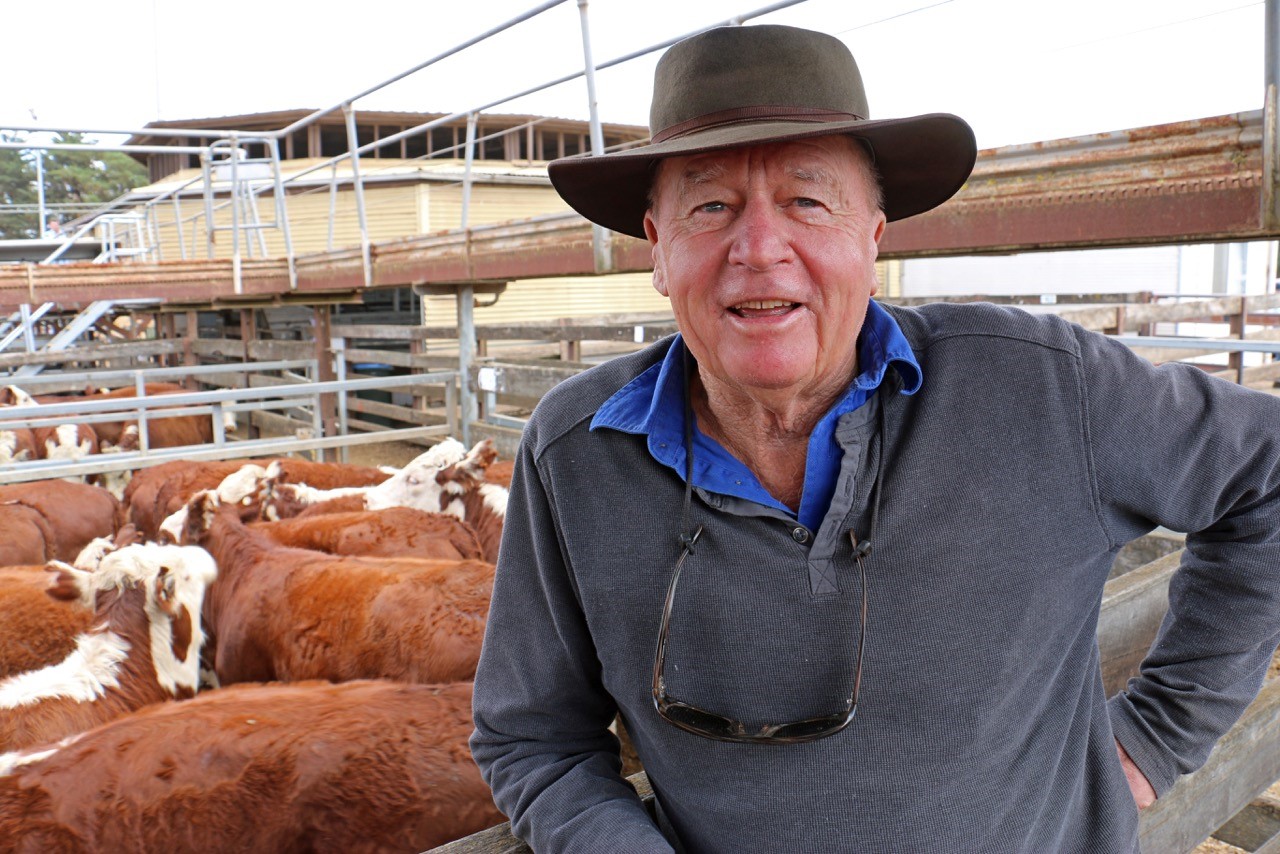 David Jenkin, Banemore Herefords, Penshurst, was among the large crowd at the Hamilton feature female sale. 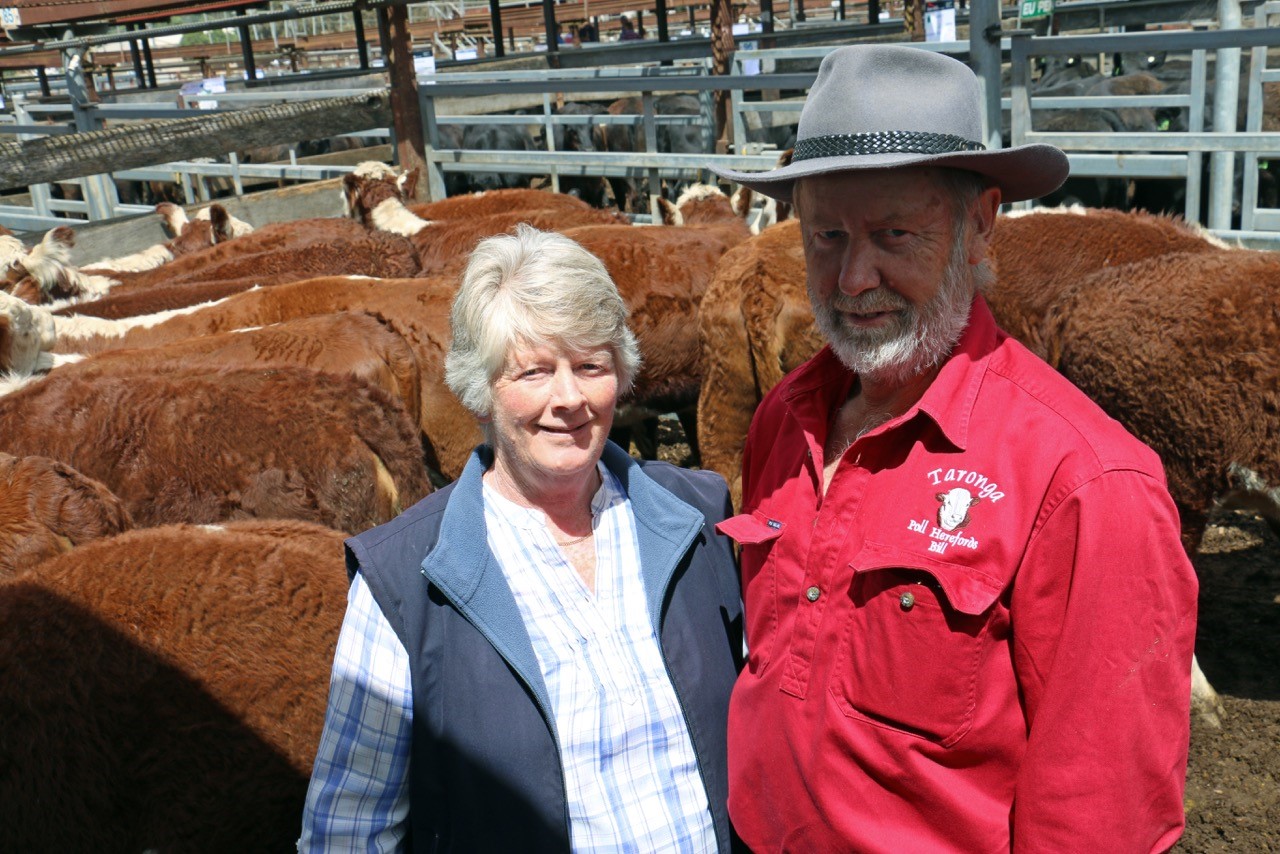 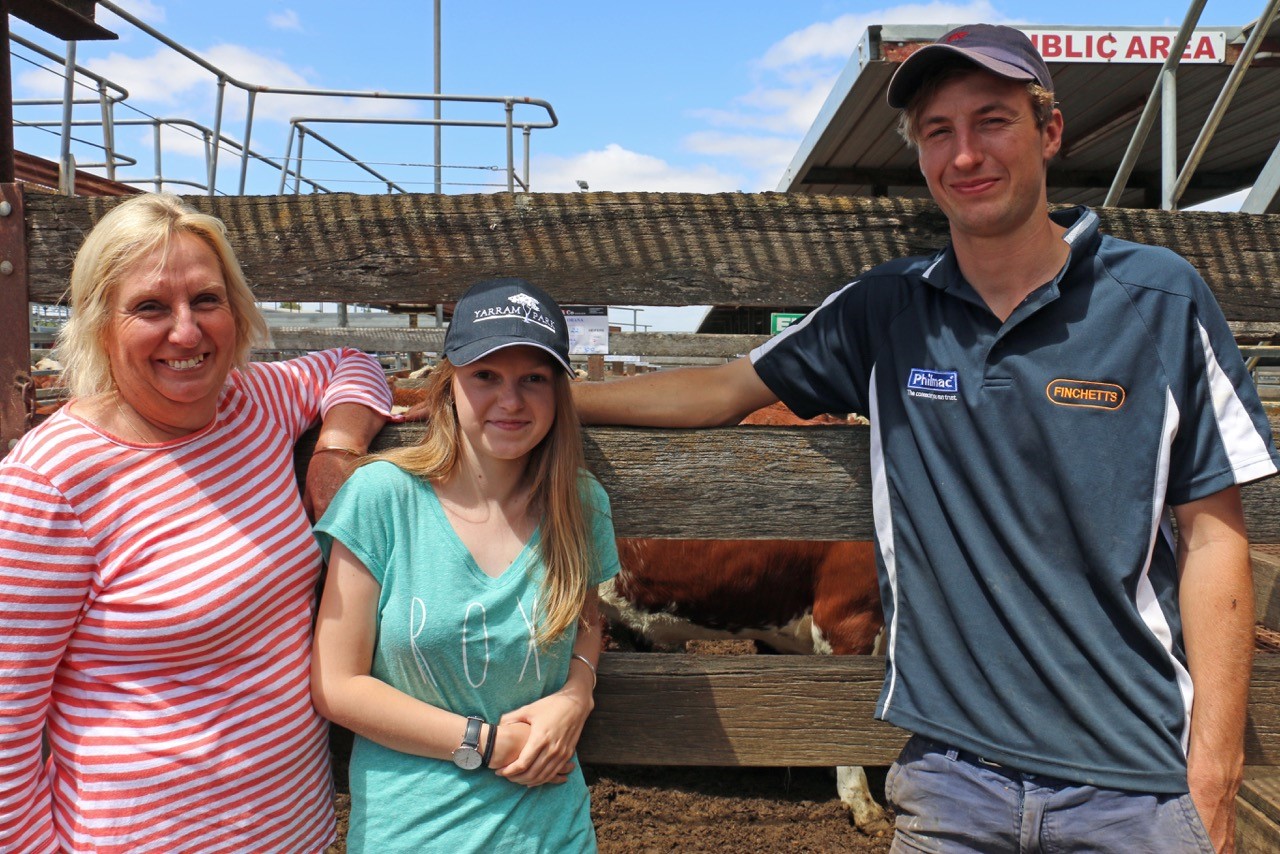 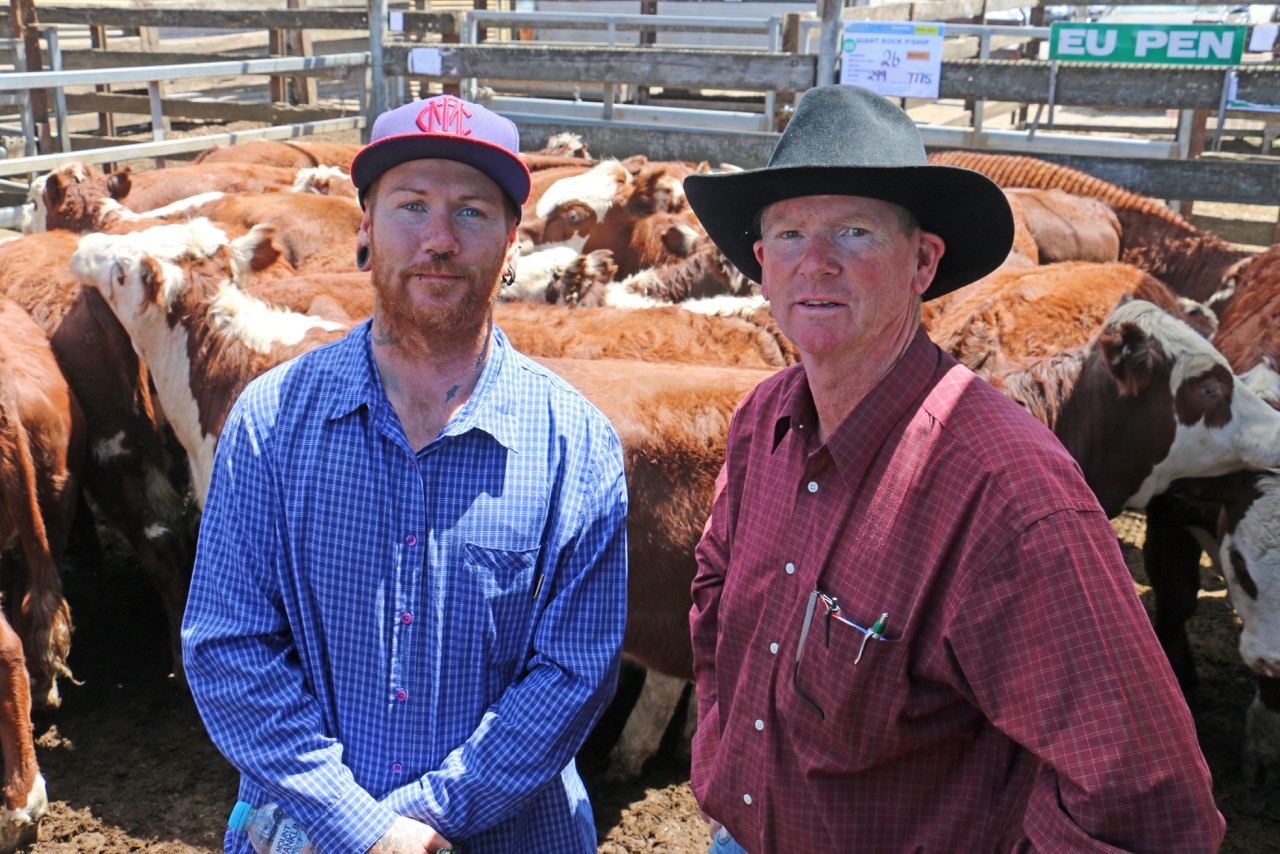 Travis and Ron Beaton, Giant Rock Partnership, Nareen, sold this pen of heifers, 299kg, and EU accredited, for $1109 or 371c/kg at Hamilton. 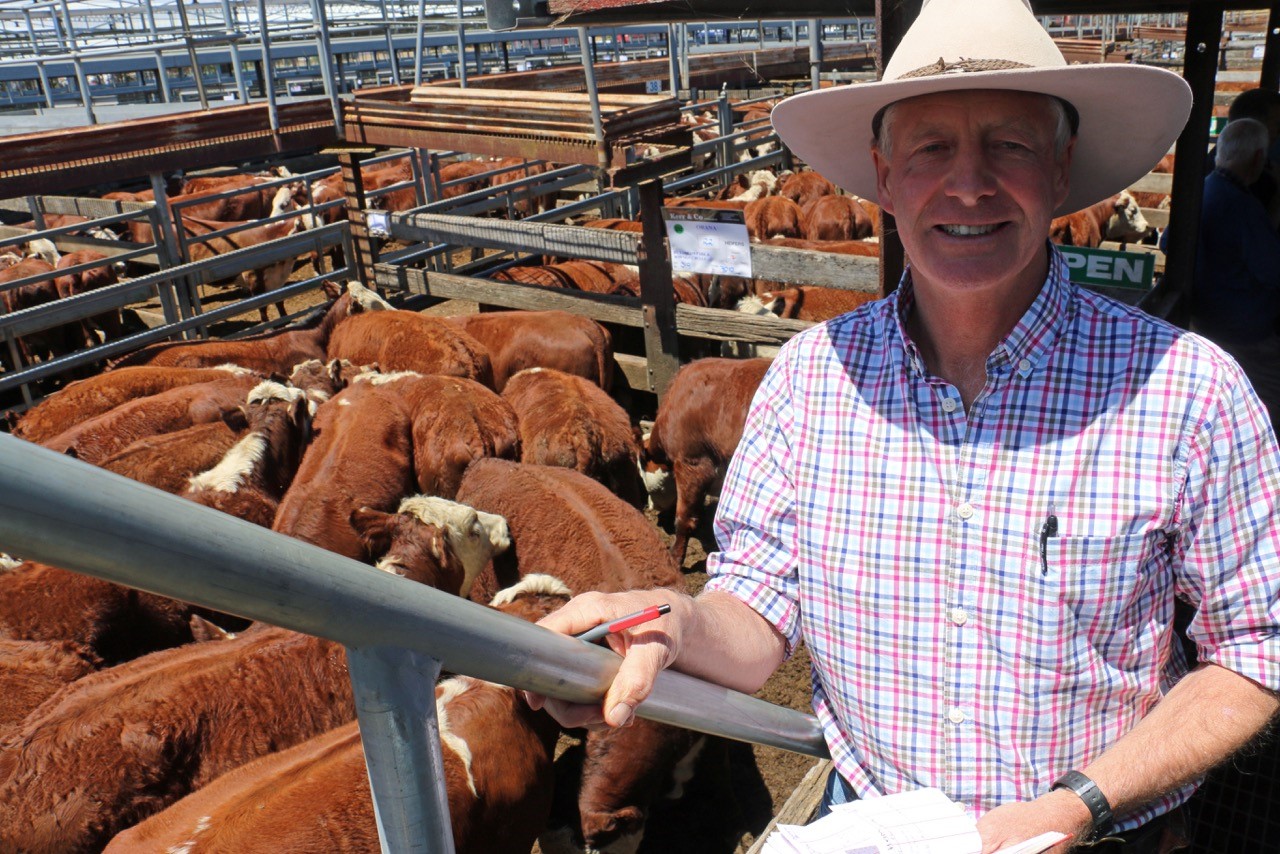 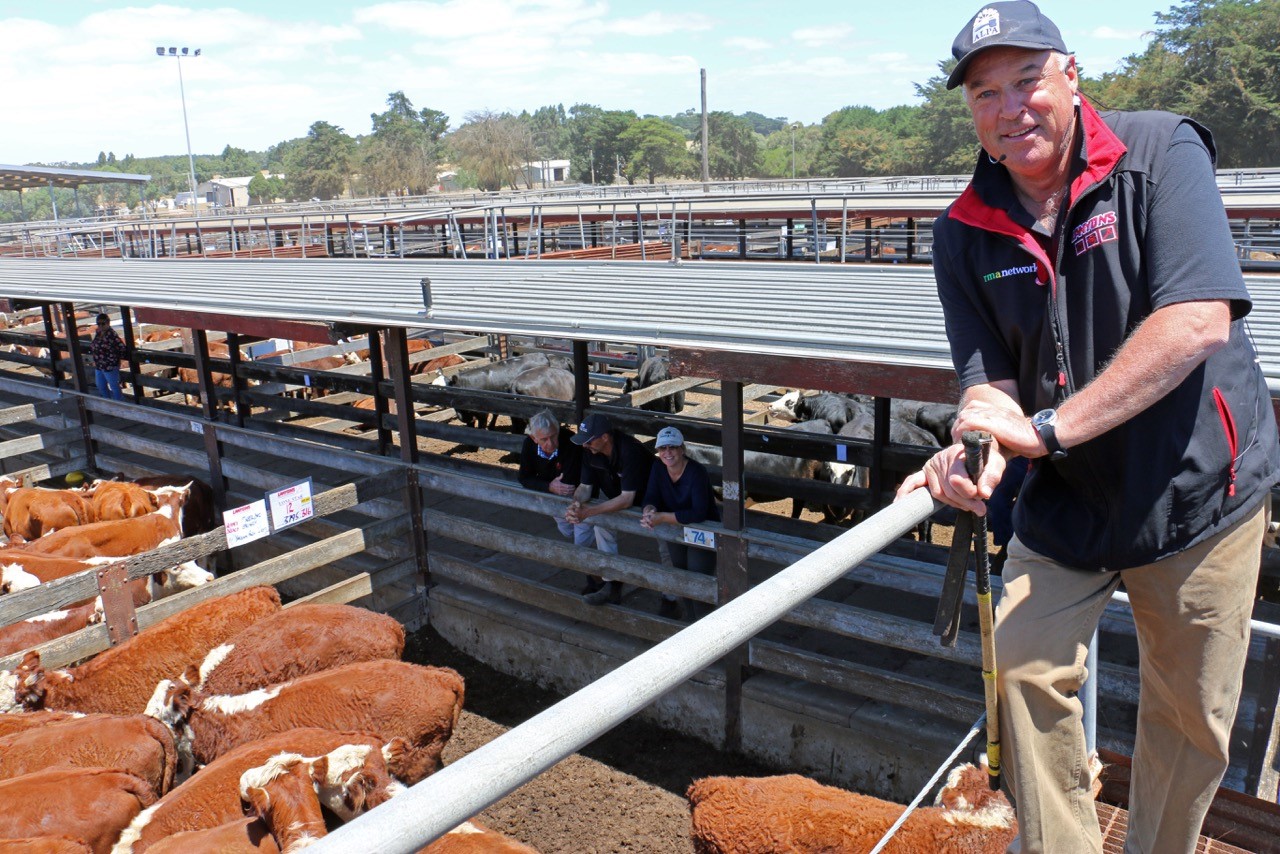 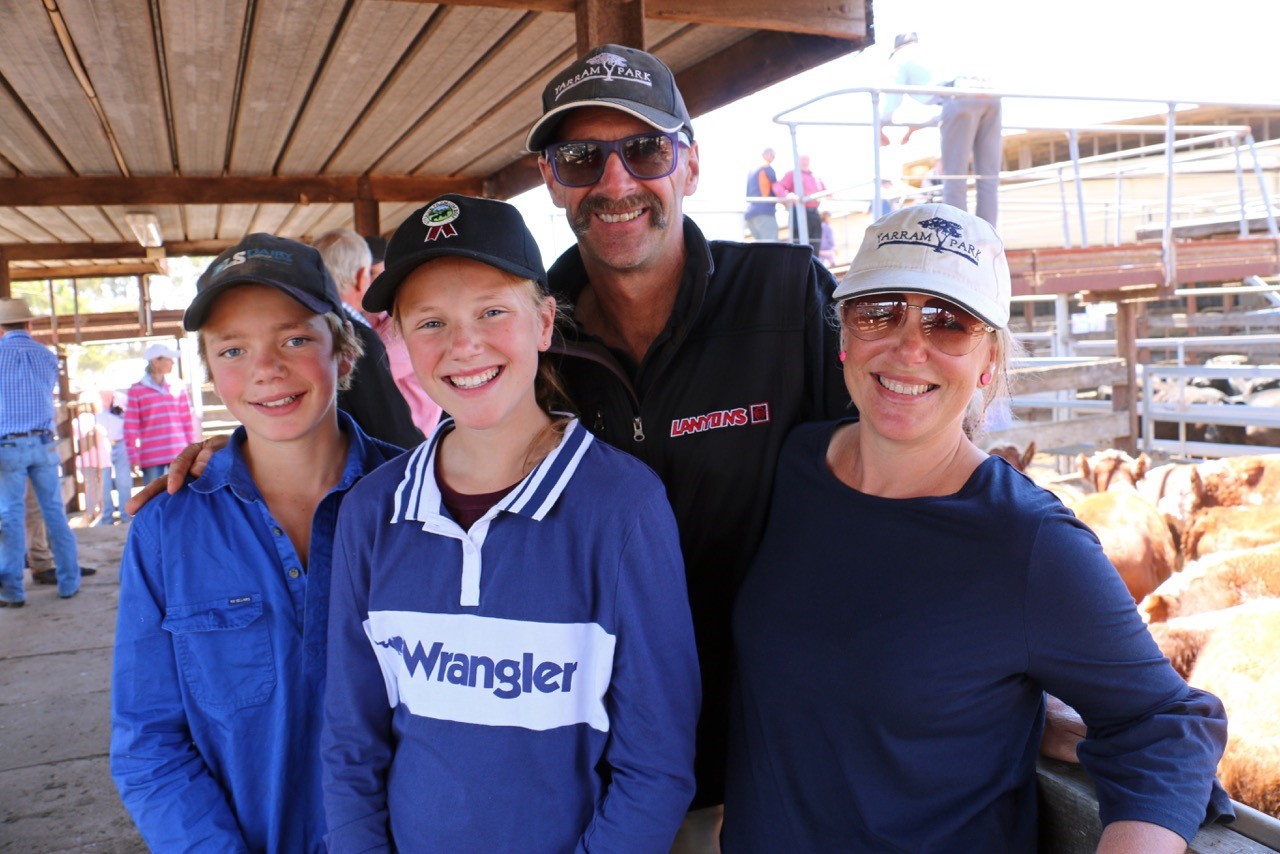 Scott and Erin Herrmann, Hamilton, with their children Noah and Lara, sold heifers for $1106 or 350c/kg. 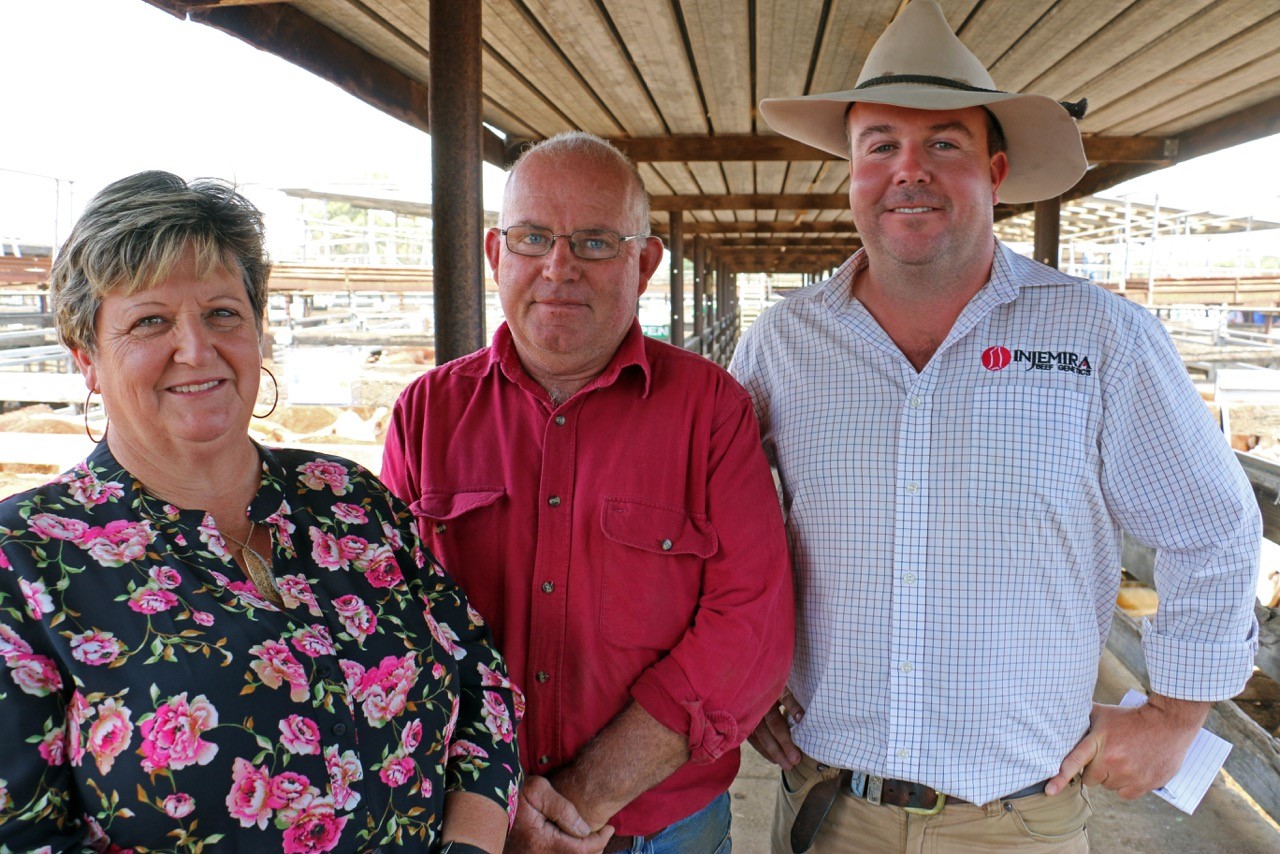