Two young leaders in the Australian beef industry have been announced as winners of the prestigious CM Hocking Memorial Scholarship from Herefords Australia.

South Australians Georgie Beighton, of Penola, and Sarah Day, of Bordertown, will receive the scholarship bursary to undertake studies to benefit the Australian Hereford industry.

Georgie, 19, is due to start a Bachelor of Animal Science at Charles Sturt University, Wagga, with the aim to progress into a veterinary science course.

“I was so excited when told – the scholarship will help pay for text books and accommodation, it’s a massive help,’’ she said.

Georgie has worked with Hereford cattle since a young age on her uncle’s commercial property at Millicent, learning pregnancy, calving, calf marking and weaning.

She received a weaned registered heifer for Christmas and plans to show at this year’s South Australian Junior Heifer Expo and the Adelaide Royal Show.

“I am breaking in another two stud heifers at the moment for Adelaide and the Heifer Expo,’’ Georgie said.

“I was brought up around Herefords so there was no real question as to what breed to have.

“They are so docile and easy to work with aside from their commercial attributes and growth rates – there is a lot to love about Herefords.’’

Georgie has taken part in the SA Junior Heifer Expo for the past two years, and worked as a cellar hand and on a commercial sheep property after finishing Year 12 in 2015.

“As long as I can remember, when anyone asked me what I wanted to do when I finished school, I told them I wanted to be a vet,’’ she said.

“Studying at university and becoming a vet is the only career path I have ever really thought about.’’

Sarah Day, 20, was named as a 2016-2017 Herefords Australia Youth Ambassador, and is studying a Bachelor of Agriculture and Business at the University of New England, Armidale, NSW.

Sarah has been showing cattle since she was 10, enjoying the connections, friendships and opportunities made.

“From a young age I have been interested in breeding Herefords and learning about all the different aspects that need to come together in making an animal the best it can be,’’ she said.

Sarah said the use of genomics to increase the accuracy of breeding values, combined with northern and commercial market opportunities presented an exciting future for the breed.

She works part-time in the support team at Practical Systems, Armidale, and this month attended the Hereford judging at the Denver National Western Stock Show in the US.

“The Hereford producers there are after the same type of easy doing and good bodied cattle we are after.’’ 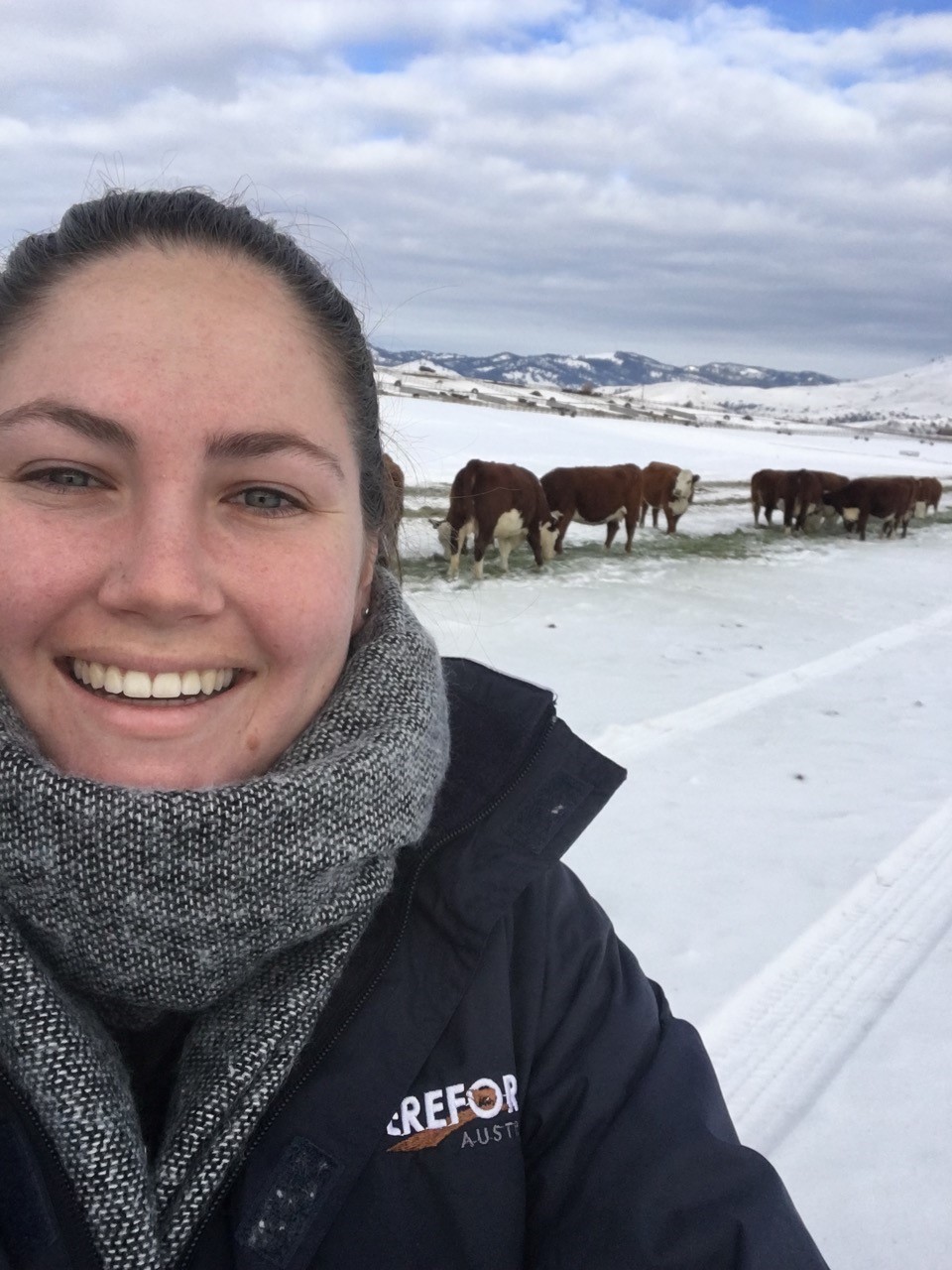 Hereford Youth member Sarah Day, of Bordertown, SA, is a recipient of the CM Hocking Scholarship and toured US Hereford studs in January. 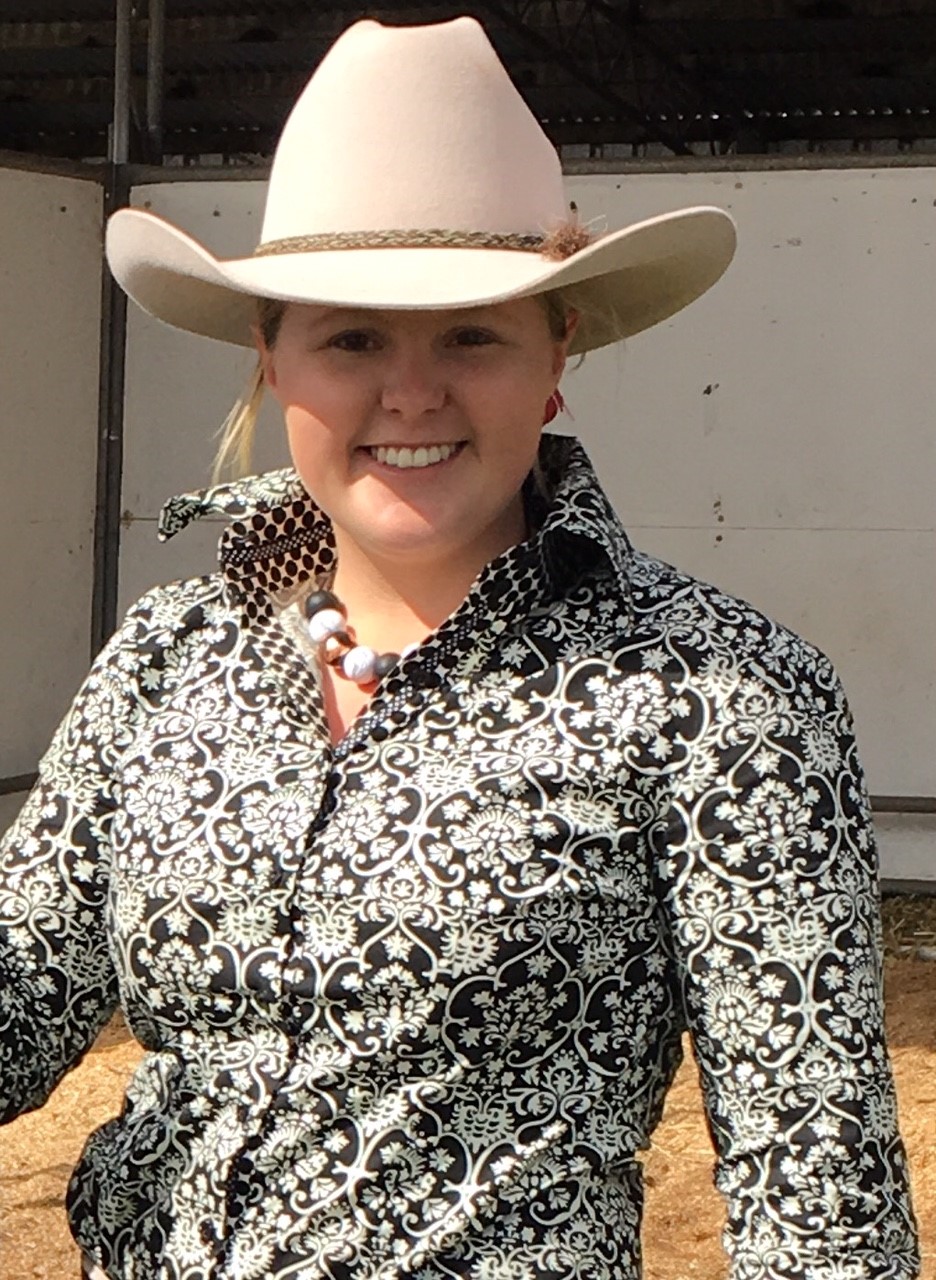 Georgie Beighton, 19, of Penola, SA, will use the CM Hocking Scholarship to further her career goal of becoming a large animal veterinarian.