Lot feeders set the pace in the whiteface pens at the Elders and Landmark combined heifer weaner sale on Thursday, with Herefords hitting $1330.

Wodonga commission buyer Duncan Brown was buying heifers for the Bundalong based Ovens Junction feedlot which finishes for Coles.

Topping the whiteface pens on a cents per kilogram and dollars per head basis was Clyde Lawrence, “Karingal”, Casterton, at 403c/kg or $1330 with a pen of Injemira and Yarram Park blood heifers, EU accredited, and 330kg, to JM Ellis & Co, Hamilton.

Opening the Hereford run was a pen of Taronga blood, 321kg and EU accredited heifers sold by Bill and Geoff Lambert, Taronga, Paschendale, for $1155 or 360c/kg.

They were bought by Woakwine Station’s Michael McCourt as breeders – Woakwine finishes Herefords within a large scale organic beef enterprise.

“Last year I sold the heifers earlier in December at 295c/kg due to the season,’’ he said.

“Last week my steers averaged 342kg at an average price of 365c/kg.

“I like the Hereford temperament, they are easy to manage and have been selling at the same rates as the black cattle in the last few years.’’

Jeoff and Jill Hortle, “Woranga’’, Casterton, were keen to see their Bowmont blood heifers sell to a top of $1022 or 355c/kg to lot feeders at Casterton after retaining 40.

Their top pen of steers sold last week for 367c/kg to JBS Australia, while the seconds at 260kg sold for 412c/kg to Injemira Beef Genetics.

He retained 60 heifers and live weights were up marginally despite a wet winter.

Jason expected similar rates to the previous day, and received 335-366c/kg for the draft.

Kevin Upton, “Glencairn’’, Casterton, experienced the best heifer prices in his lifetime of selling at Casterton for over 60 years.

Mr Upton sold 150 Hereford, Black Baldy and Angus heifers and has retained 200 in the herd.

“People now have money to spend on bulls and improvements.

“The sale injects a lot of money into the community.’’

Mr Upton had no expectations going into the sale was prepared to “meet the market’’.

“It was a good line up of cattle today – the prices will allow us to catch up on maintenance,’’ Mr Lyons said.

“I have retained 80 heifers and sell some as joined heifers next year.’’

Dale Sullivan, “Shallum”, Casterton, was fresh from selling steers to a top of 417c/kg last week to see his autumn drop Injemira and Melville Park blood heifers return a top of $1072 (366c/kg).

They are destined for the Injemira Advantage program as breeders or trade heifers.

“It was going to be good no matter what happens and if you can’t smile today then something is wrong.’’ 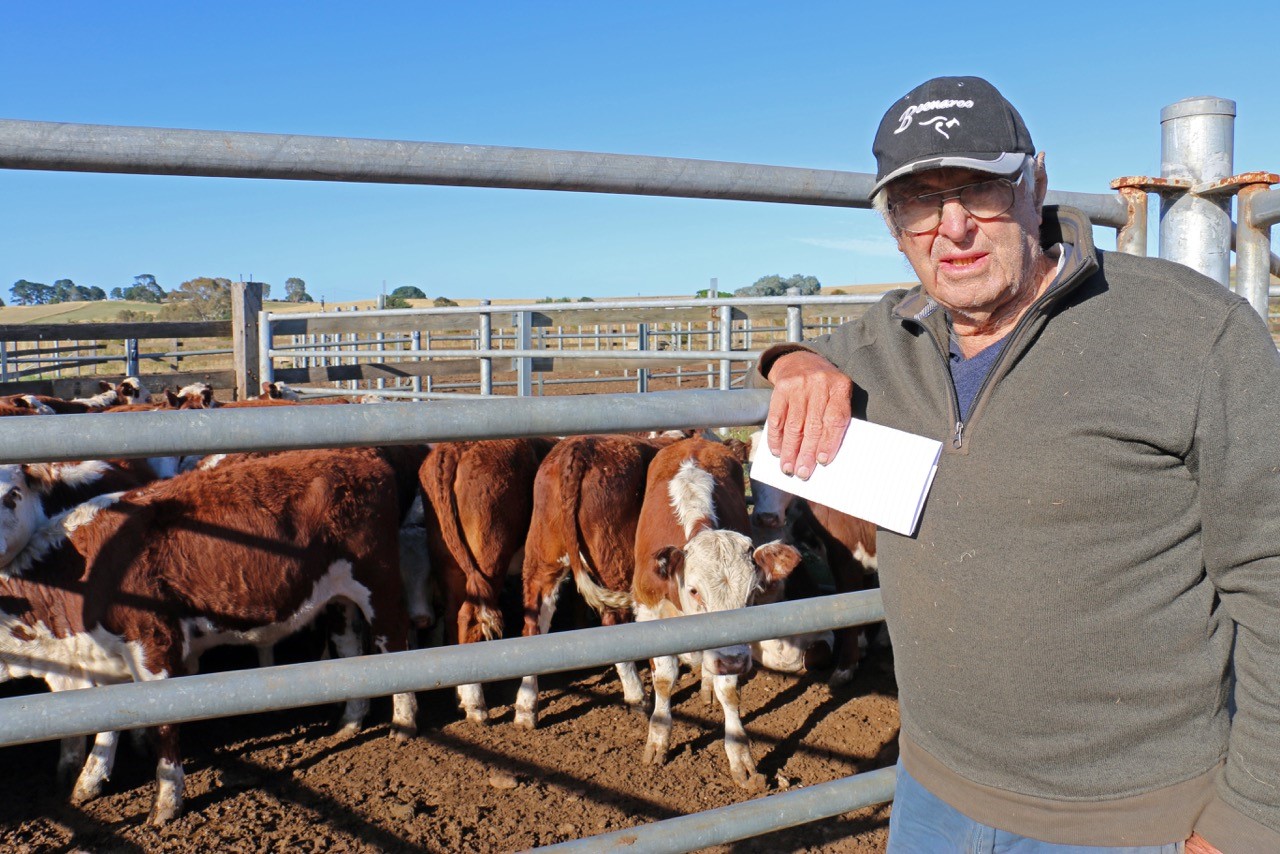 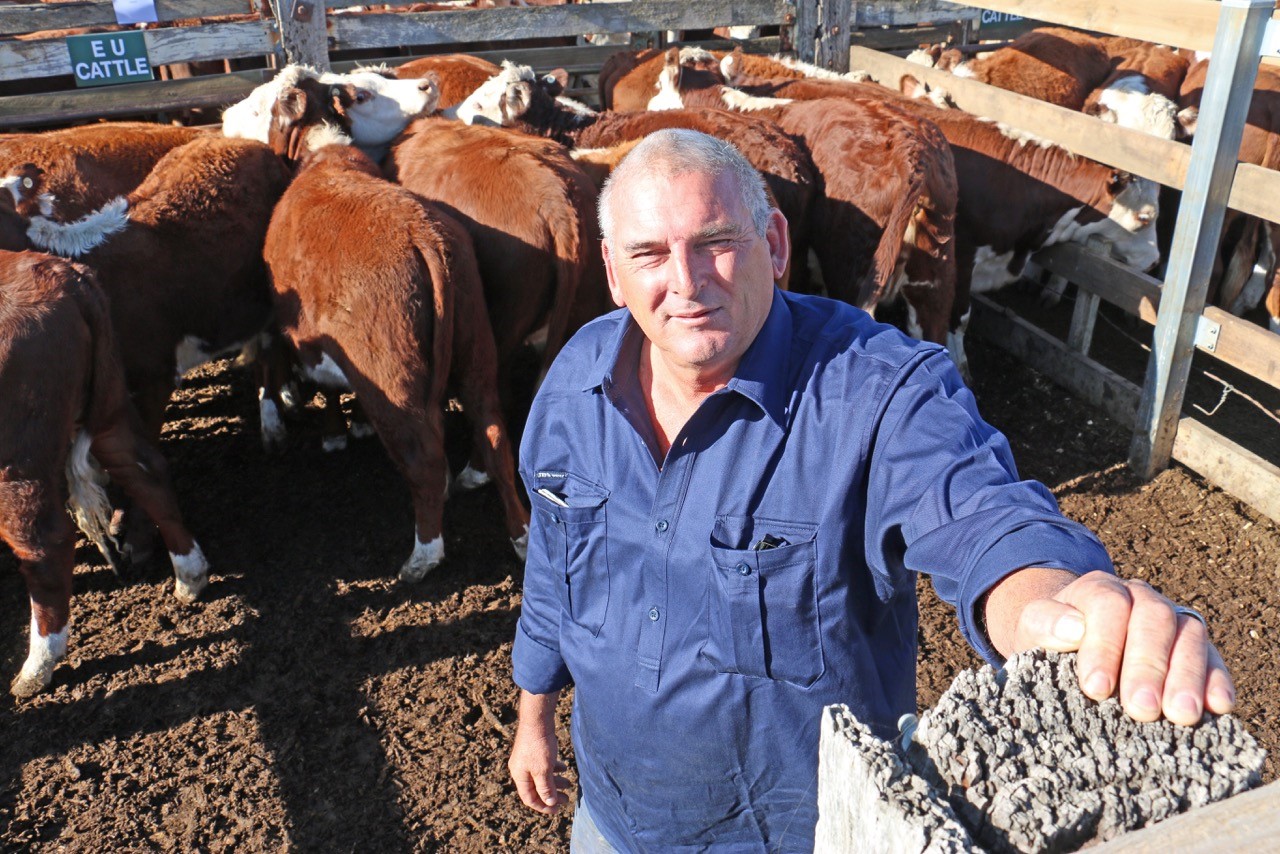 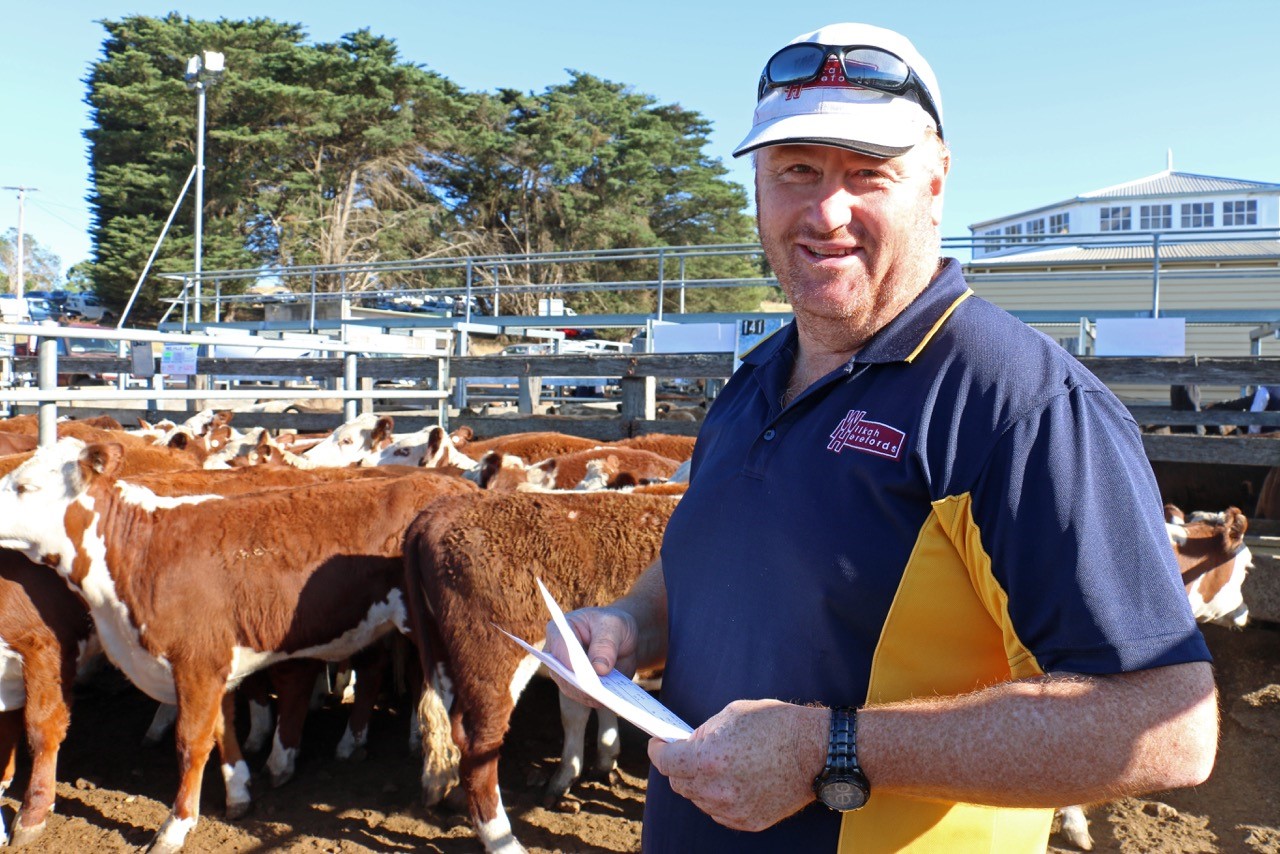 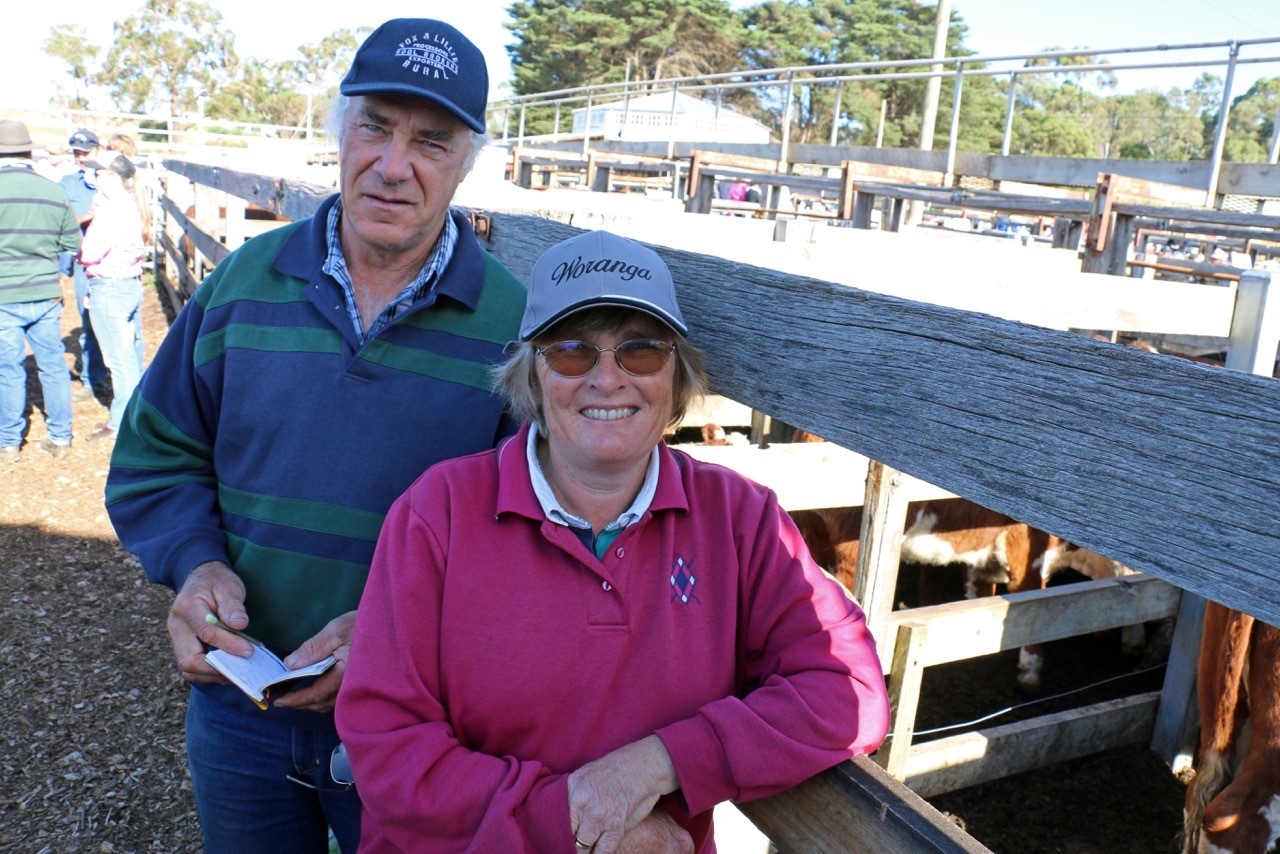 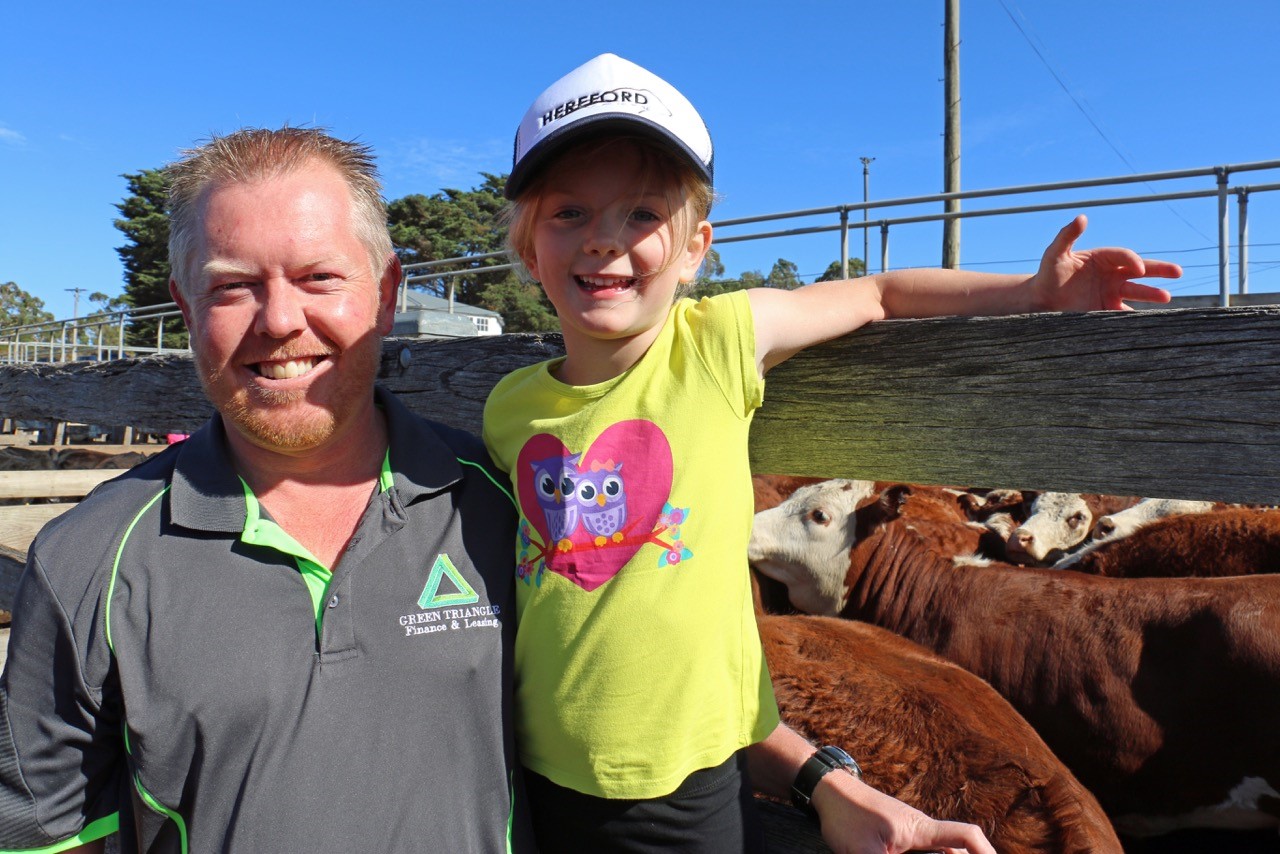 Ashley Lambert and his daughter Hannah, 5, from Paschendale, were among the crowd at the Casterton feature female sale.