Herefords reaffirmed their industry dominance with a thumping record average of $11,853 at the 55th annual Dubbo National Show and Sale.

The average was a new multi-vendor breed record, eclipsing the Wodonga National last month on $9961.

Dubbo drew 124 registered buyers from every state and territory except Western Australia, and was interfaced with AuctionsPlus for the first time.

Agents quoted the widespread rain and the breed’s superior grass fed performance as the driver behind the sale result.

Mr Nixon was drawn to the bull by his carcase attributes.

“There is a lot of confidence in the breed – the good bulls were selling well with a solid underpinning of commercial support,’’ he said.

“We had buyers logged on throughout our network from Bourke, Broken Hill, Nyngan, Warren and South Australian pastoral orders operating in the $4,000 to $8,000 mark,’’ Mr Settree said.

“The rain over the last several weeks has lifted the cattle market considerably and everyone is happy to have mud on their boots.

“Herefords are still better than any other breed on grass and the rain is a really positive thing for (the breed).’’

Sired by Allendale Waterhouse D1, the bull weighed 1024kg, scanned with an eye muscle area of 138sqcm and had a scrotal circumference of 44cm.

“There is good confidence in the Hereford breed and things look promising.’’

Vendor Alastair Day sold four bulls to average a little over $32,000 to seedstock and commercial enterprises.

“There was no gap today with the prices carried right through showing confidence in the breed,’’ Mr Day said.

“Buyers were looking for softness and muscling.’’

The Harvie Tailor Made daughter was sold for $4000 to Peter, Karen and Glen Weller, Swanvale Herefords, Burroway. The family also invested in Kidman Macumba K036 for $24,000.

“It was a good cause and we are building our female numbers,’’ Mr Weller said.

“Herefords are on the increase due to their weight for age.’’ 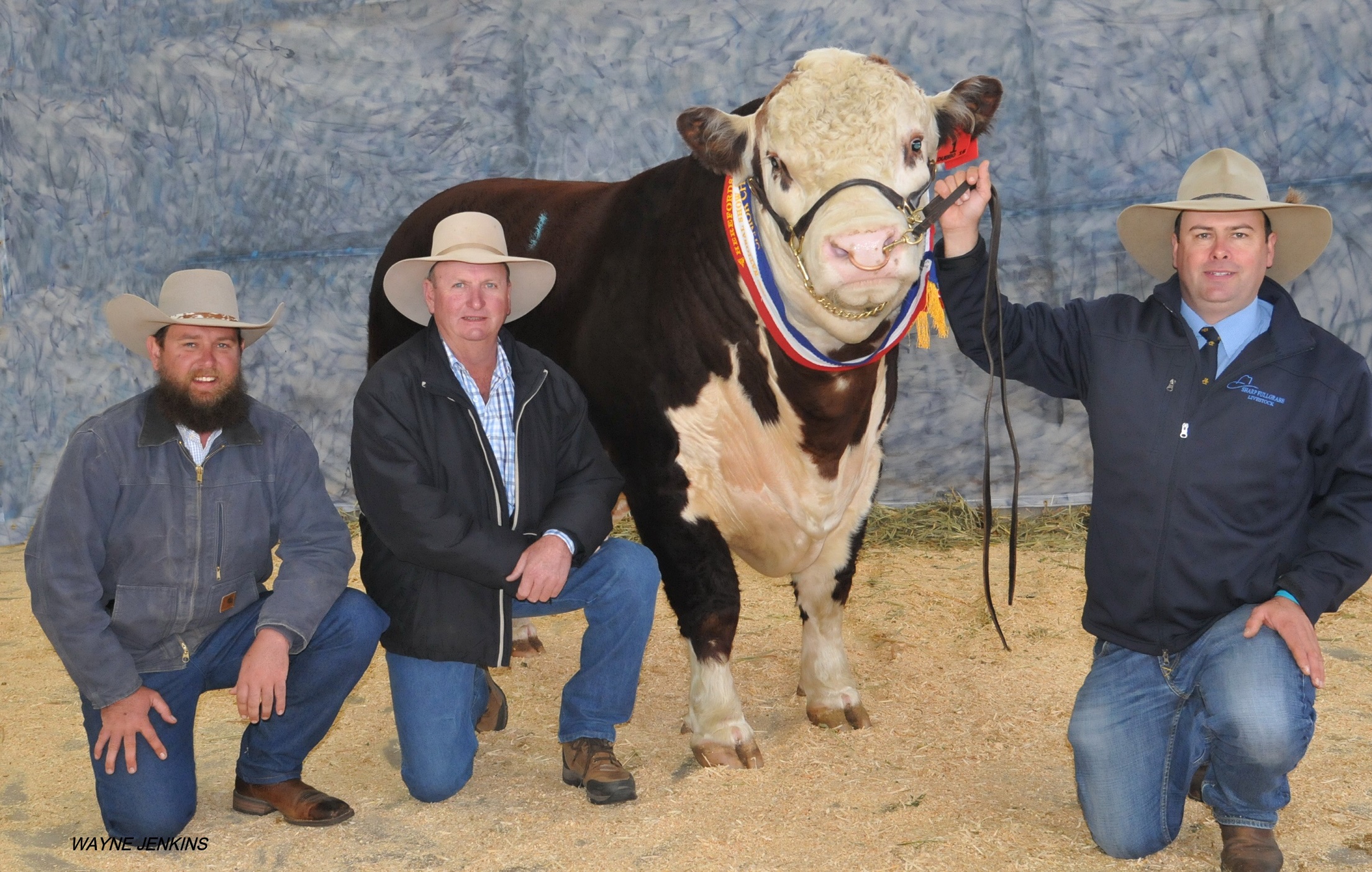 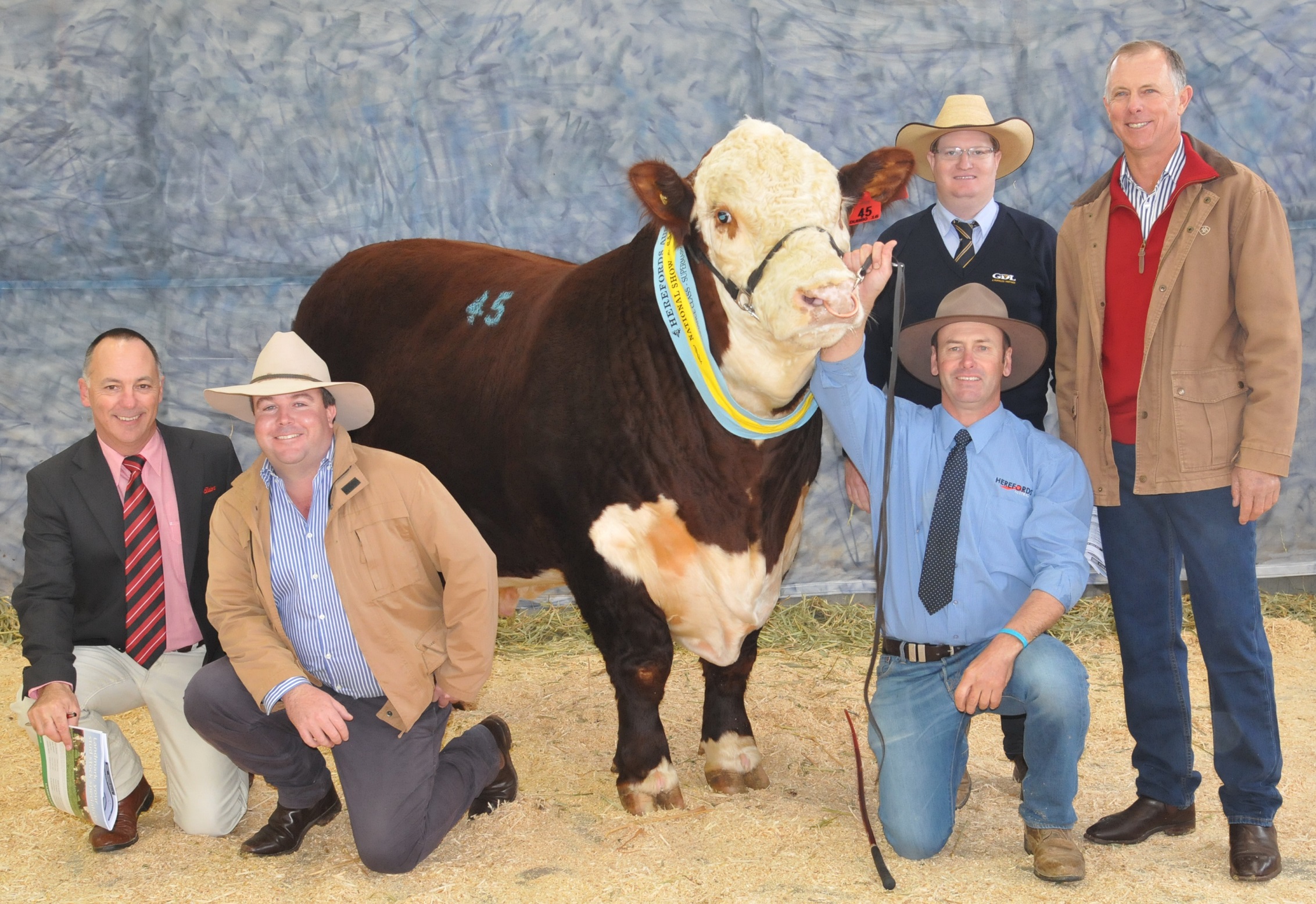 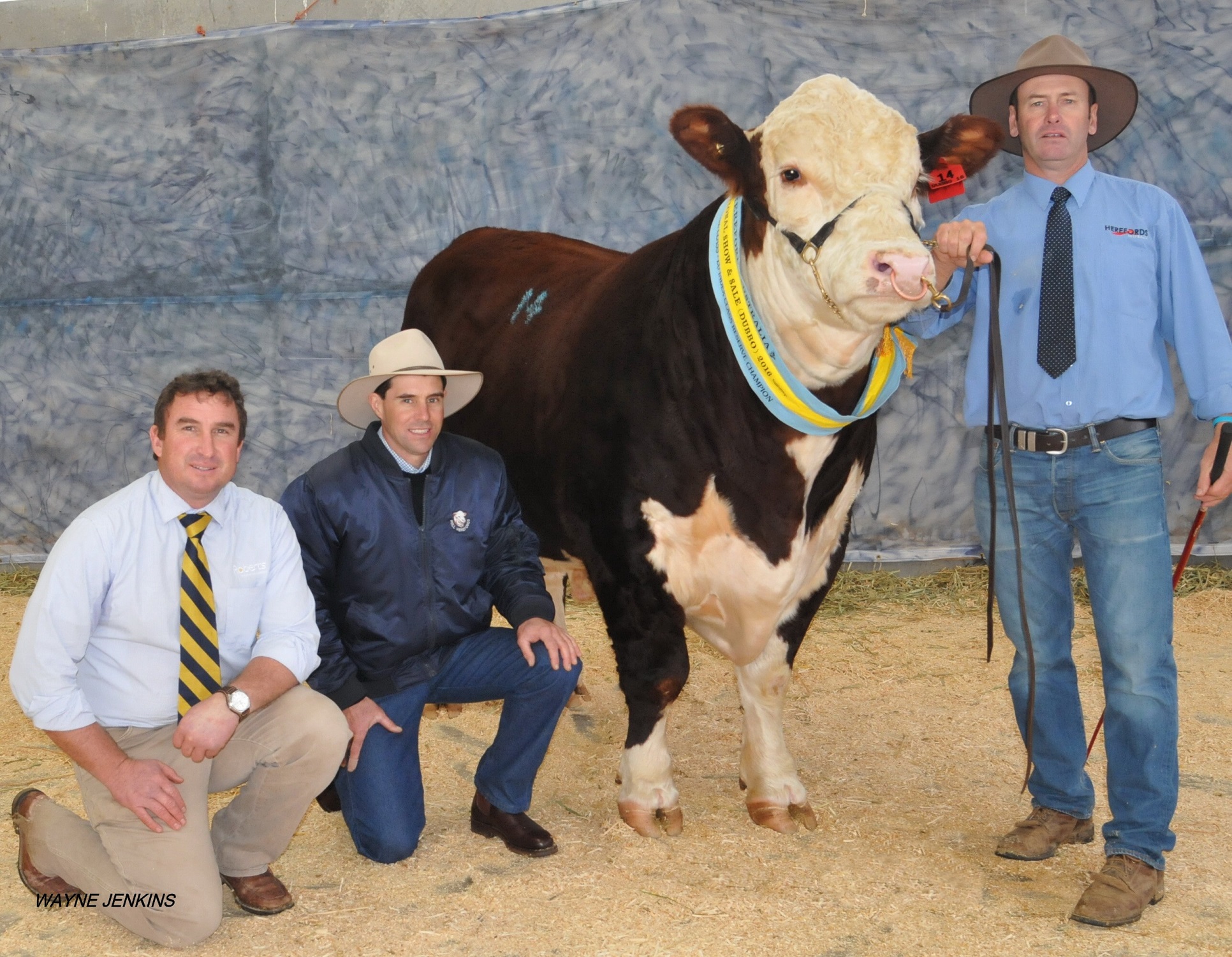 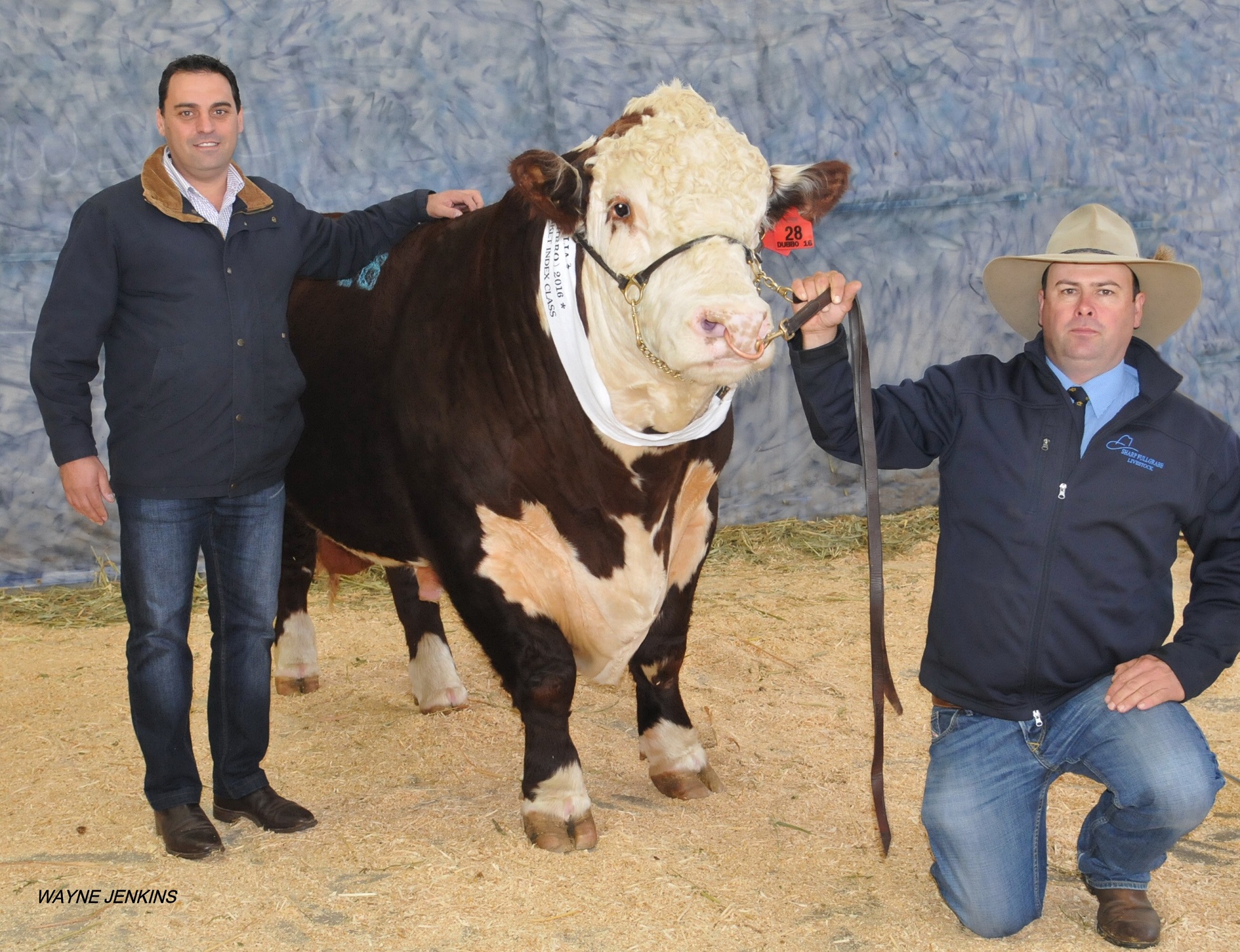 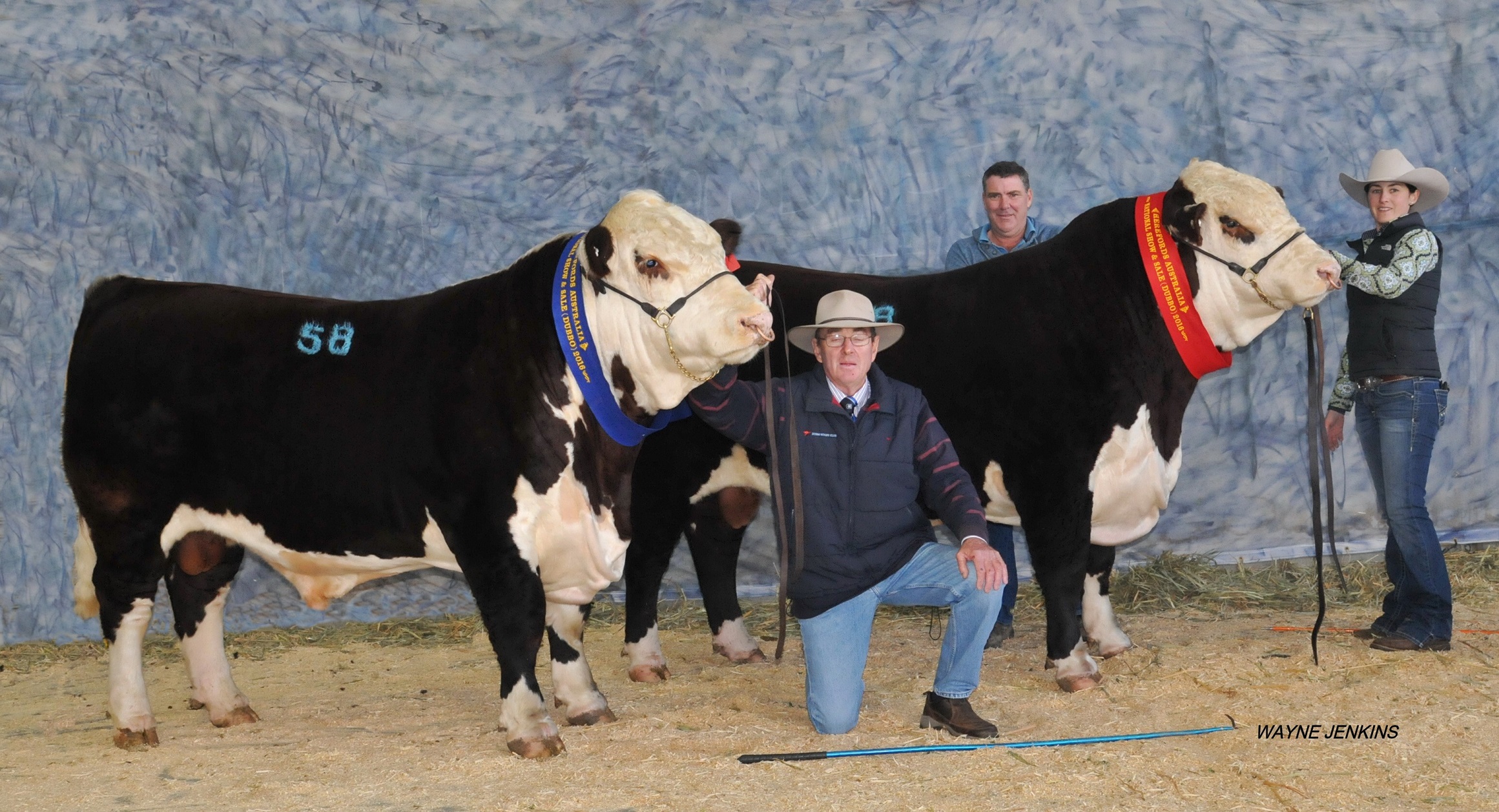