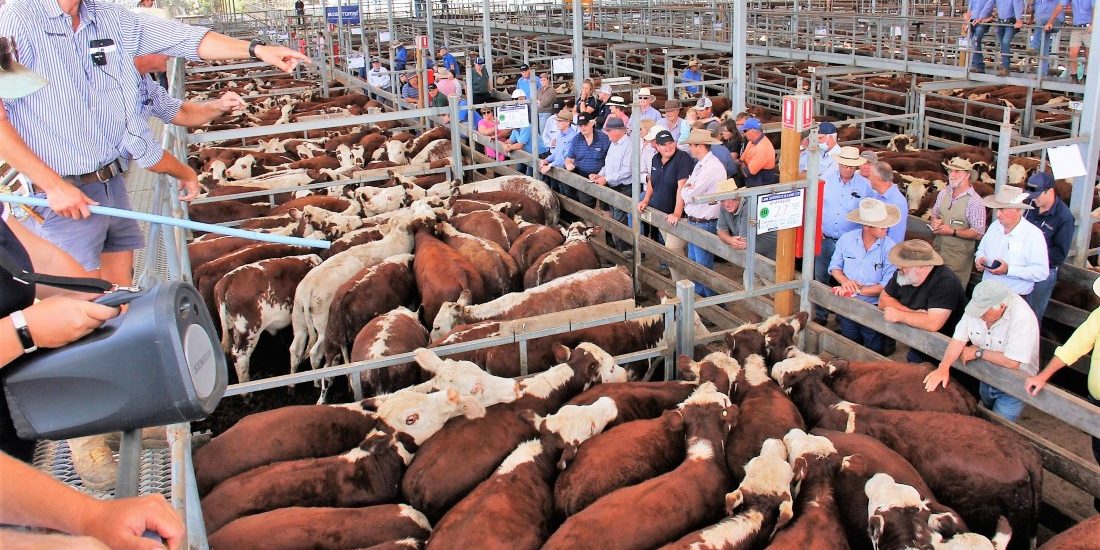 “This is as good as anything black, that is what excites me,’’ said Hereford breeder Leon Wheeler who topped this week’s feature yarding of whiteface cattle at Hamilton with steers at $2635.

Repeat buying activity from producers who target grass fed programs such as JBS Farm Assured, Coles Graze and EU bullocks gave the sale plenty of punch on the top lines.

In dollar per head terms the feature lines trended between $2300 and $2500 per head, easily surpassing last year’s results which had been considered stellar.

“It is bloody terrific,’’ said Paul Malseed, Orana at Condah, whose lead line of 60 steer calves averaged $2396, making 662c/kg liveweight on a curfewed weight of 362kg.

There are several noted herds with long breeding histories that supply cattle into this sale, and selling agents rated it as the best line-up of Herefords to be showcased after the good season allowed genetics to shine.

“The complete yarding is exceptional,’’ said Craig Pertzel, from agency Kerr & Co: “Its probably as good a line up of Herefords as I’ve seen.

“The returns people have been getting for cattle has really allowed them to focus on genetics and purchase power bulls and that is really starting to show-out in these weaner calves.’’

And it was rewarded, with steers that had proven themselves in recent seasons and boasted genetics to hit the premium price spots on kill grids keenly supported.

Victorian producer John Wyld, Koolomurt, chased hard on many of the lead lines at Hamilton, eventually ending up with one load rather than the 400 to 500 head he had hoped to purchase.

He bought the Orana’s at $2396, and the lead pen of 31 of the Beerik Herefords at $2362. They will be grass finished for the JBS Farm Assured Grassfed program to be turned-off within the next 12-months at 300kg plus carcass weight.

A past finalist in the Weekly Times Farmer of the Year, Mr Wyld said the beef industry was shifting to become more focused on meat quality rather than just a carcass weight.

And this in turn was trickling down into store markets, as evidenced at Hamilton.

“Some lines do really well in terms of growth, marbling and meeting MSA grading and you follow those calves, but then other people are following them as well,’’ he said.

“I’ve been blown out of the water a few times this week on cattle I would have liked to purchase.’’

The key Hereford lines at Hamilton did sell to multiple buyers, highlighting the depth of buyer enquiry that now exists for Herefords that can perform off grass.

All these calves had been fully yard weaned, and the majority were eligible for the EU beef supply system.

Late in the sale light Hereford calves sold to a top of 782c/kg.

The official figures out of the Hamilton sale on Wednesday was a steer average of 650c/kg lwt, noting this was across all breeds with included Simmental, Charolais, Limousin plus Herefords.

Carolyn and Paul Malseed, and son Rhys, Orana at Condah, with their feature line of Hereford steers which sold to $2400 at Hamilton on Wednesday. 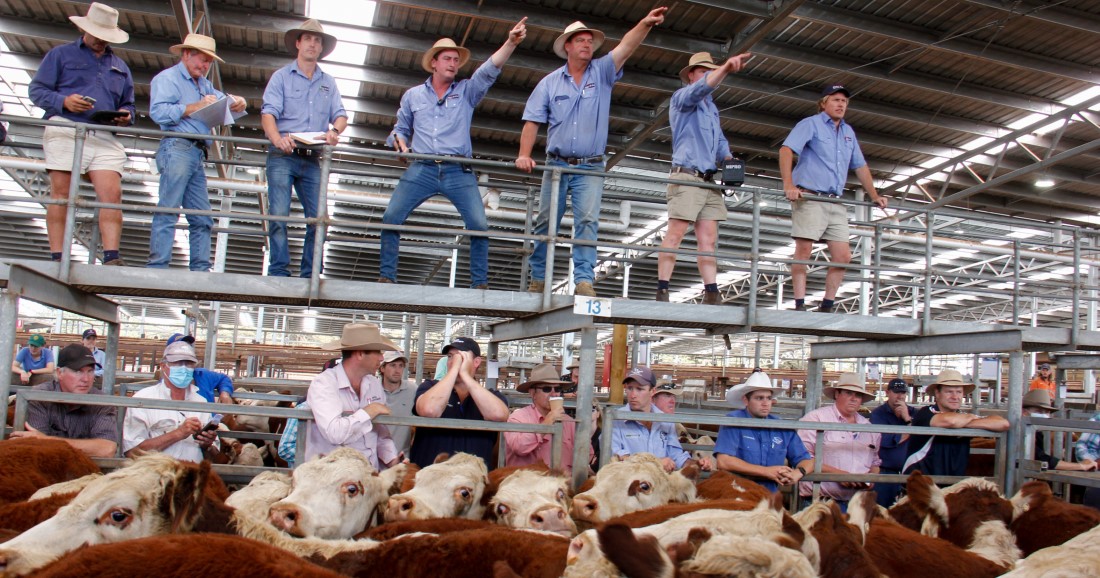 Big bidding was seen for the lead runs of Hereford steers at Hamilton which sold to $2632. 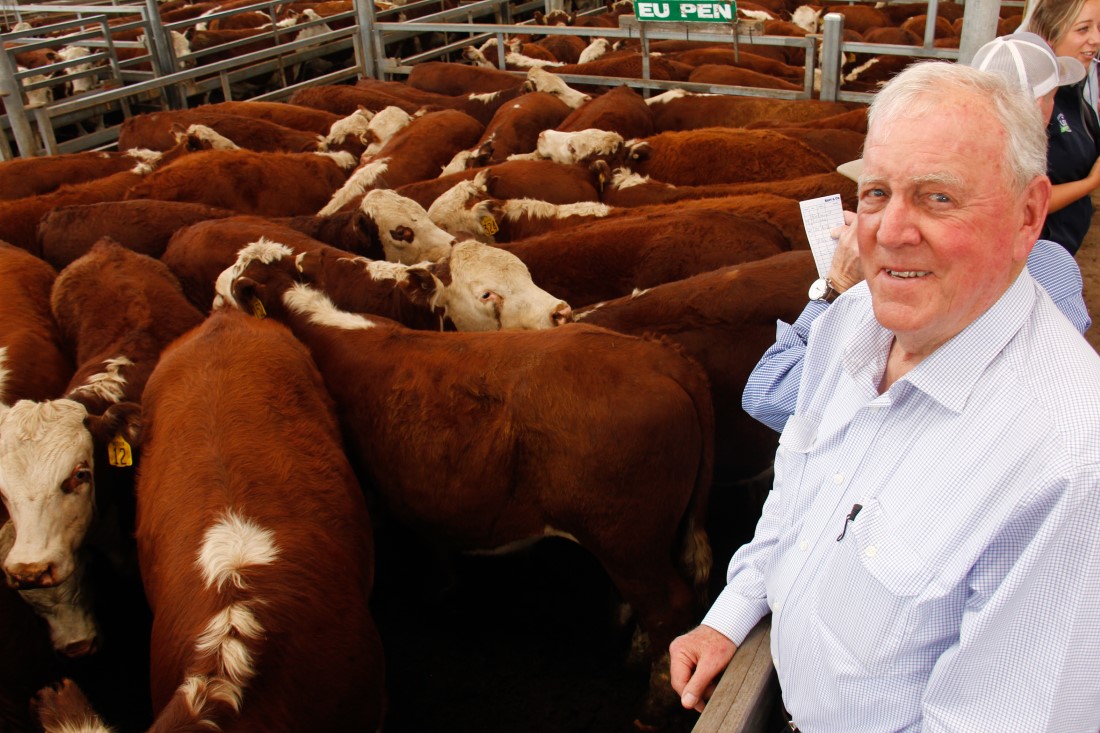 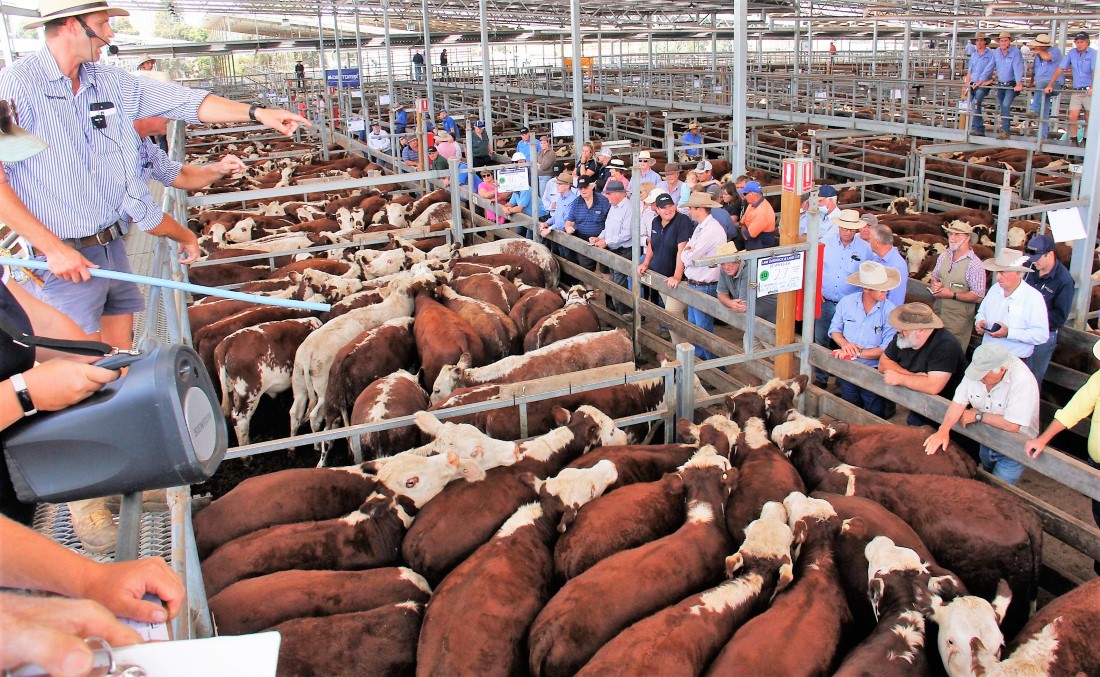 This opening pen of Hereford steers from Leon Wheeler topped the Hamilton whiteface steer sale at $2632. 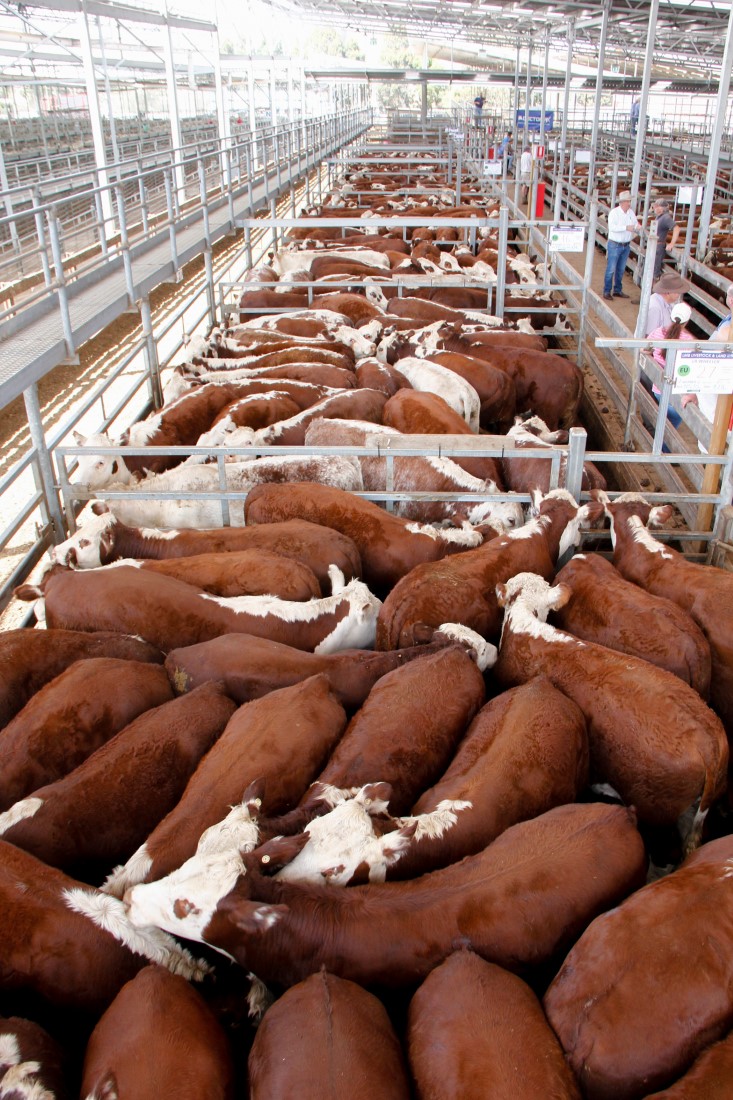 The lead laneway of Hereford steers at Hamilton was described as the best the area had ever produced.