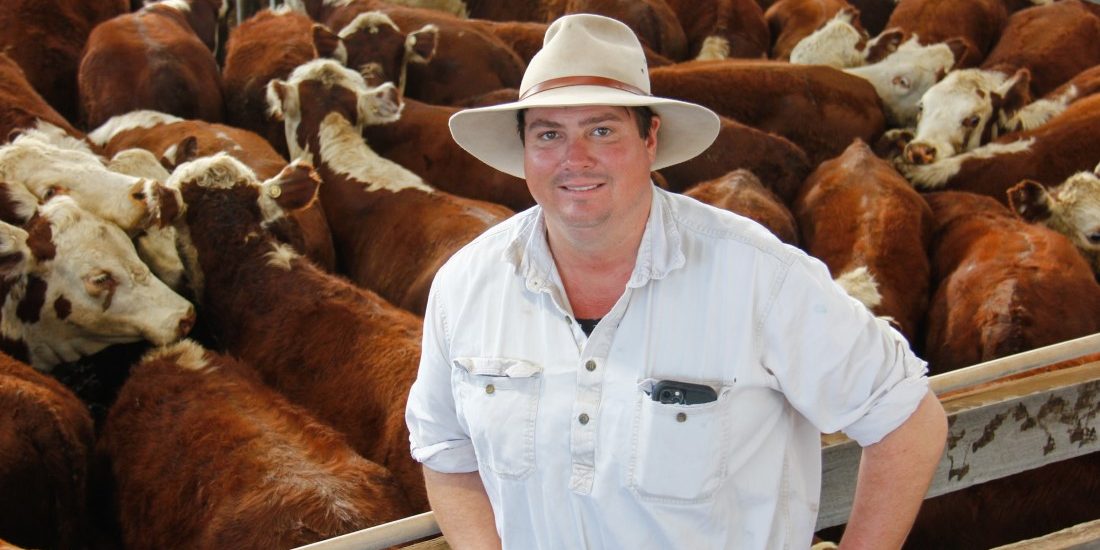 THE Hereford heifer market has been witnessing plenty of action with breeders, live exporters and grass traders all active for a limited pool of calves.

It was on show at Hamilton in Victoria last week where heifers to join reached a top of 750c per kilogram liveweight and the general run of calves made similar money to steers at 650c to 720c depending on weight.

“Colour no longer really matters when it comes to grassfed beef, and at the moment there is generally no difference in price for heifers and steers going into these programs,’’ he said.

“(Grid pricing) is the closest it has ever been between steers and heifers, as a heifer can do the same job as a steer off grass.’’

It is an argument Hereford breeder Owen McClure agrees with after having a stellar result at the Hamilton calf sales last week, with the family’s calves – sold under the property name Beerik – averaging $2291 for steers and $2100 for heifers.

“The grassfed job is what’s pushing it all up for the Herefords,’’ he said.

Although he did note that a scarcity of whiteface females, compared to blacks, was also influencing the Hereford heifer market, particularly as the live export trade was siphoning off numbers as it offered big money for light calves to be shipped to China.

There was reports live exporters were still trying to source Hereford heifers in the Western District last week to fill boat orders at big money for the minimum weight of calves required.

Last week was the first time for a couple of years the Beerik heifers had been in the auction system, previously having been sold to live export or privately on-farm.

“We thought the job would be pretty good at Hamilton and it was,’’ he said: “On the day we sold the Hereford heifers were probably 30c/kg dearer than the blacks.’’

Interestingly, Mr Owen said while the average for steers sold had improved by $500 per head on 12-months ago, the heifers had jumped by $700 on last January.

The Beerik heifer calves sold to Marc Greening, Injemira Herefords at Holbrook, to be joined and re-offered as a feature line of PTIC females.

A regular buyer of steers to grass finish for Coles Graze, Mr Greening said the high prices of store stock meant they had made a conscious decision to spread their buying risk this year to include more heifers and even suitable lines of cows and calves.

“We’ve never had so much feed but we are seriously considering other options as a risk strategy, and this includes premium heifers like the Beerik’s to join,’’ he said.

The main heifer sale at Hamilton last week was on the Thursday morning. But even in this sale the supply of Herefords was limited to just two laneways in the lead part of the auction, before weights and quality dropped off as culls out of herds were sold.

After topping the steer sale, Leon Wheeler also received the top money of $2248 for heavier Hereford heifers which weighed 348kg and sold for 646c/kg to Yarram Park.

Anthony Baillieu and Jeremy Upton were both at the sale and dominated bidding on the top heifers to join and go into their commercial beef operation in South Australia.

The pair paid $2112 for the lead pen of Bob Rundell and family’s Hereford heifers which weighed 322kg, and $2092 for 21 of the Orana heifers at 315kg which were bred by Paul and Carolyn Malseed. 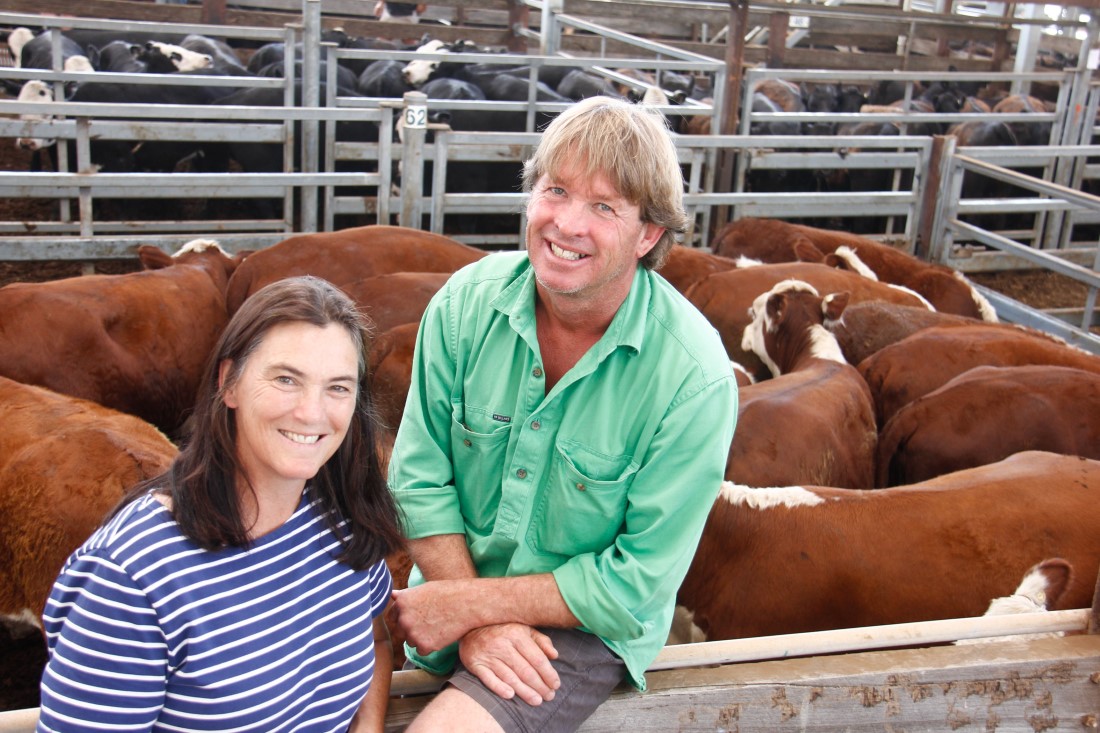 Leon Wheeler and partner Doona Ichler with some of their Hereford calves which weighed exceptionally well at Hamilton and were among the highest priced drafts sold in Hamilton last week. 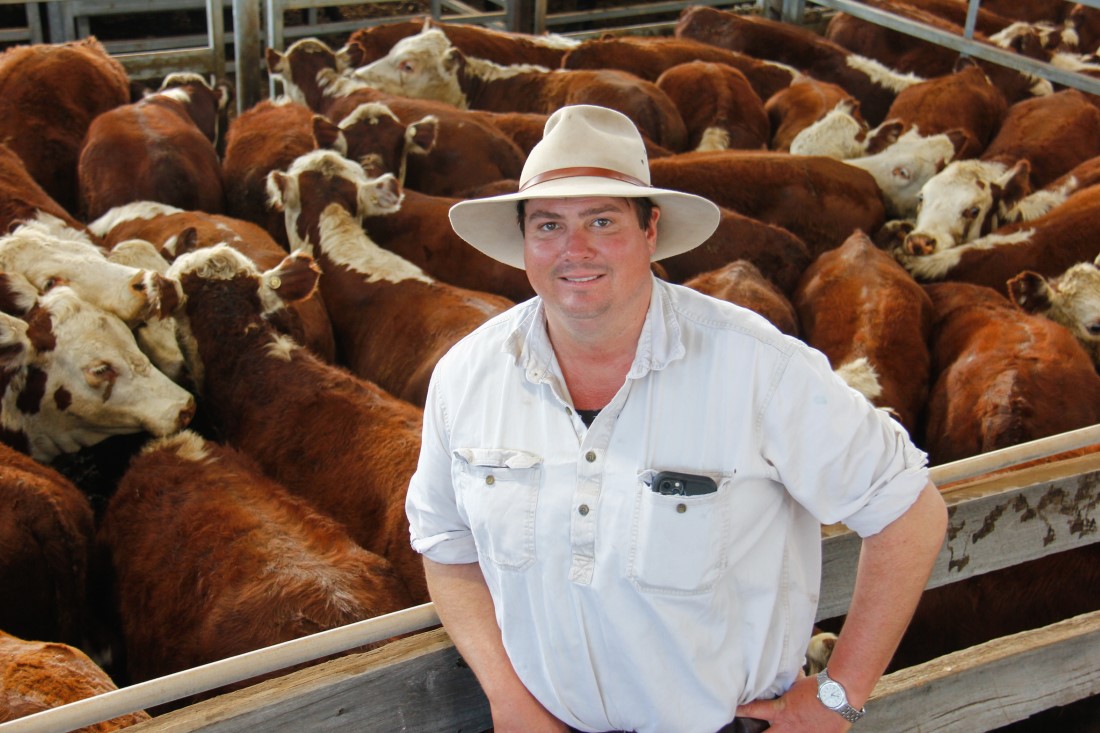 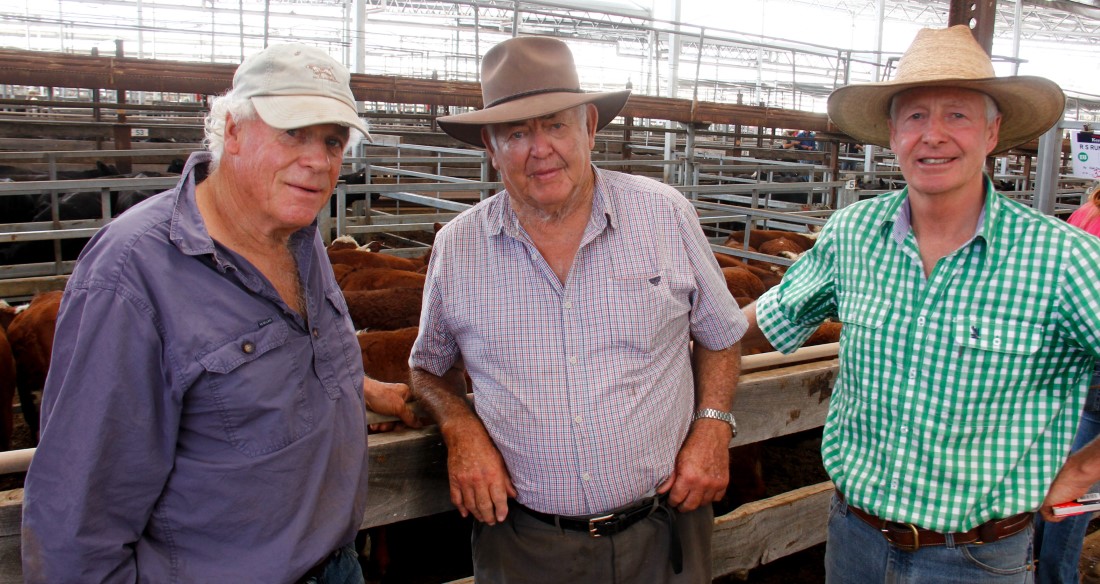 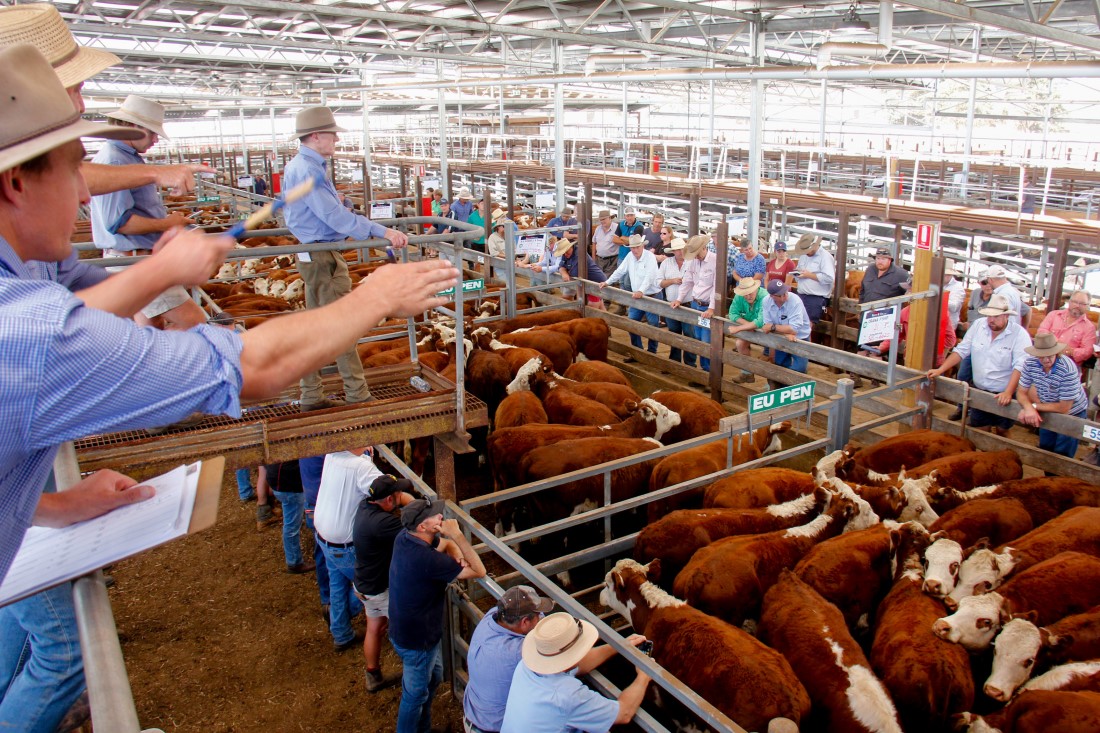