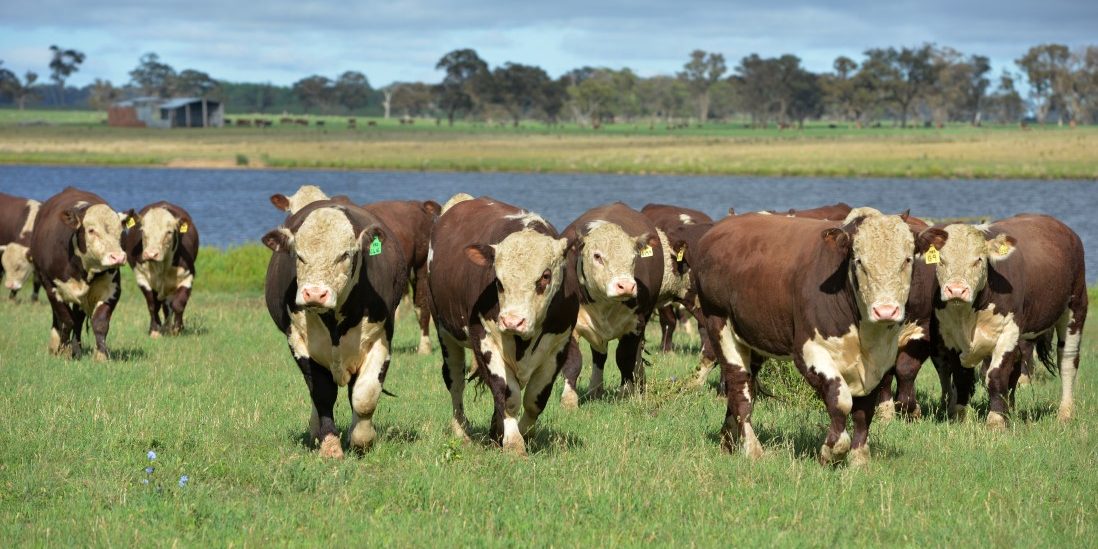 The latest group of young sires have been selected to join the Herefords Australia Super Sires catalogue.

The eight new sires joining the Super Sires catalogue are:

The Super Sires program was launched in 2018 with the aim of identifying higher performing genetics within the breed. The program seeks young sire candidates that express a balance of favourable traits at the highest level.

The first bull selected in phase one of the program was Wirruna Matty M288 who has gone on to prove himself in several stud and commercial herds around Australia.

Following the launch of phase two of the program in 2021 the battery of Super Sires grew to 14 bulls which are:

The newest cohort of eight bulls to join the catalogue include bulls from four studs which have not previously had bulls nominated in the Super Sires program.

The expansion of the catalogue and inclusion of bulls from a range of studs and bloodlines offers greater diversity to the Super Sires program, offering breeders greater choice when selecting a Super Sire to potentially use in their operation.

Herefords Australia Technical Committee chairman (and breeder of one of the new Super Sires) Lachy Day described the addition of bulls from new herds as “really pleasing to see.”

“It’s good to see that bulls from a number of different herds are qualifying for the program.

“The fact that there are more herds involved should indicate that there is a more diverse range of genetics hitting the mark,” Mr Day said.

As with all the bulls added to the catalogue as part of Phase Two of the Super Sires Program, anyone wishing to purchase semen in any of the newly listed sires must contact individual breeders/owners of bulls for semen pricing and purchase.

Once a nominated bull is accepted into the Super Sires program, he will remain classed as a Super Sire regardless of future changes in his EBVs or indexes.

Selection criteria is as follows: