Feature Line of Hereford Females to Sell on AuctionsPlus 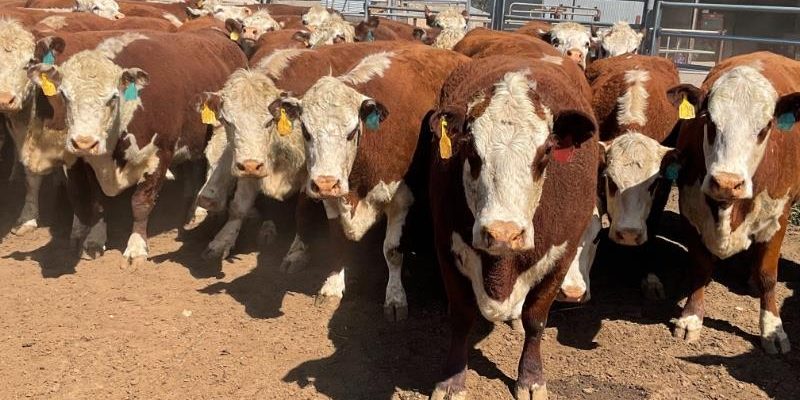 A top-quality line of 206 Hereford females is on offer on AuctionsPlus this Friday the 24th of September on behalf of Craig Bittner of Junella Farming at Minlaton on the Yorke Peninsula.

The feature line of females consists of 59 PTIC heifers aged 16 to 18 months and 147 PTIC cows between two and eight-years-old.

The females have been listed as part of a herd reduction sale although Mr Bittner plans to rebuild his herd numbers once again after the sale.

According to Mr Bittner the key to their herd rebuild is based on the excellent fertility and maternal traits offered by the Hereford breed.

“Due to the exceptional fertility in my herd, I can reduce to a base of say 60 cows and quickly build back up. In the meantime, we can add a few more lentils to our cropping program,” Mr Bittner explained.

The Minlaton area was largely unaffected during the drought which enabled the Bittners to increase their herd numbers to now be able to offer a top-quality line of Hereford females to other producers looking to rebuild.

“We are extremely excited to be in a position to have built up an exceptional line of cows ideal for people to rebuild their herds with quality breeding,” Mr Bittner said.

Both the heifers and older females on offer have been joined to Poll Hereford bulls and have been grazing on a combination of ryegrass and medic pastures.

Steers turned off from the Bittners’ property are sold at the Naracoorte saleyards each year where they frequently fetch top prices.

Mr Bittner attributes this success to the superior grass doing ability of the Hereford cattle which enables them to reach market weight in a shorter timeframe.

“Our annual draft of steers regularly tops the Naracoorte market. The Hereford steers convert grass so quickly and get to target weights well ahead of the spring rush,” Mr Bittner said.

Most recently Mr Bittner has looked to further enhance the genetics within their herd and has incorporated Herefords Australia Super Sire Wirruna Matty M288 into an AI program with a number of their remaining females.

“We spare no expense when improving our cattle program so AI’ing to a Hereford Super Sire this year was something we wanted to try,” Mr Bittner said.

The females that have been used in the AI program and their progeny will form a strong foundation for the Bittners’ Hereford herd rebuild. 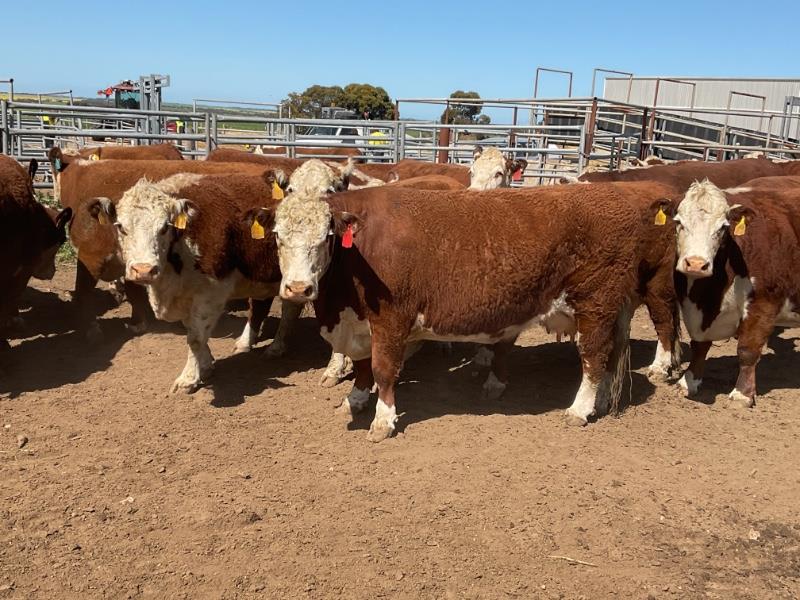 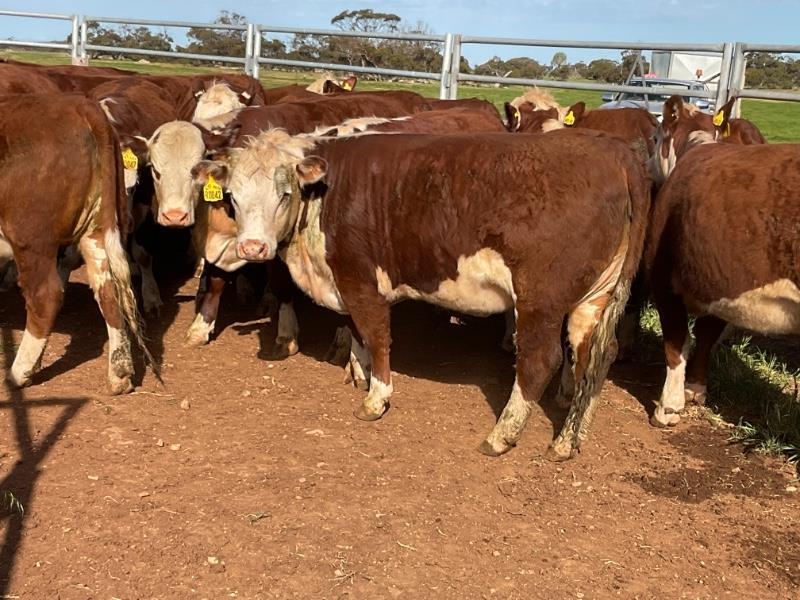 59 PTIC heifers will sell as part of the Bittner’s herd reductions sale this Friday. (Photos: AuctionsPlus)