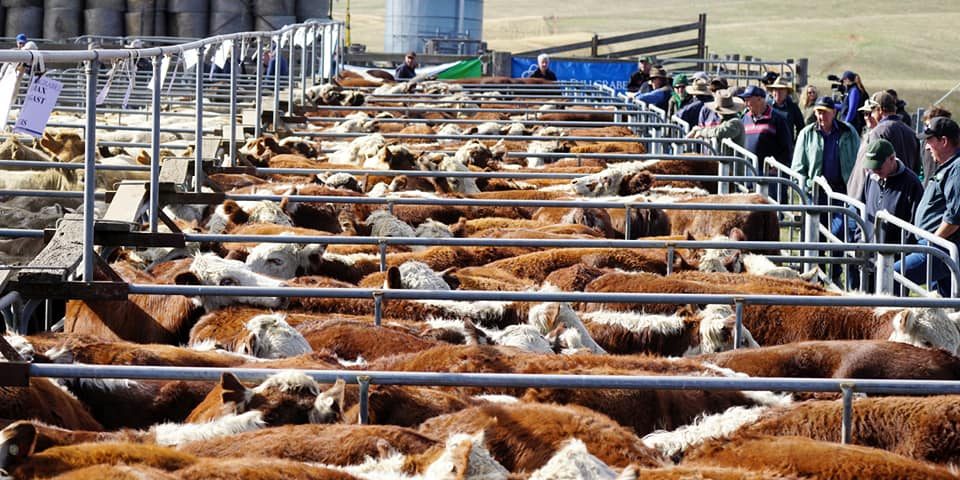 Prices soared beyond all expectation at the opening of the 2021 Mountain Calf Sales at Hinomunji with heavy steers selling up to $2390 and lighter steers making up to $1600 with buying support coming from all across the eastern states of Australia.

Record prices which were set in 2020 were toppled with the opening pen of nine Hereford steers offered by the Betts family selling for $2390 per head, beating the previous record by $680.

The second pen of five steers offered by the Betts family weighed in at 551kg and sold for $2100 or 381c/kg also to Don Bowman.

The Herefords Australia champion pen award was presented to Peter Soutter (trading as PJ & SM Soutter) of Benambra for his pen of 24 Hereford steers which sold for $1770.

Mr Soutter said he was very pleased with the prices on the day as he had been anticipating a good return given that prices were strong at last year’s sale and the market had only improved since then.

“The prices are really good which is good, we’ve had a few tough years and had to buy hay and that sort of thing, so it’s put a bit of money back into the growers’ pockets again,” Mr Soutter said.

“Brian Kyle has been a buyer for the last four or five years, it’s really good having repeat byers because I know I must be doing something right,” Mr. Soutter said.

The Soutter family have been selling cattle at the Mountain Calf Sales for three generations and offered 74 steers at this year’s Hinomunji sale.

Graeme Fullgrabe of Sharp Fullgrabe and Co described the sale as “wonderful” and “very rewarding” with the pens of older steers selling in excess of their meat value and the younger cattle also selling exceptionally well.

Crossbred steers sold to a top of $2300 for a pen of nine black baldy steers offered by Jim Pendergast of Penderscourt, Benambra.

Mr Pendergast had bought the steers for $1060 at Bairnsdale calf sale in March last year when they weighed around 260kg.

The steers averaged 550kg the week before the Hinomunji sale to make an average rate of 418c/kg and sold to Don Bowman.

Jim had been planning on buying some steer calves at the sale but described the market as “extremely dear” and didn’t end up making a bid.

Hereford heifers were also in hot demand, selling for up to $1670 for a pen of 14 heifers offered by BS Dyer.

According to Mr Fullgrabe a lot of the heifers were bought by restockers to take back to the paddock as breeders.

The quality of the cattle yarded on the day was considered by vendors and agents to be high, albeit a bit more mixed than in previous years but nonetheless achieved an extremely strong result.

“The sale never missed a beat right to the very end, we could have sold 3000 calves today with the amount of people that were here,” Mr Fullgrabe said. 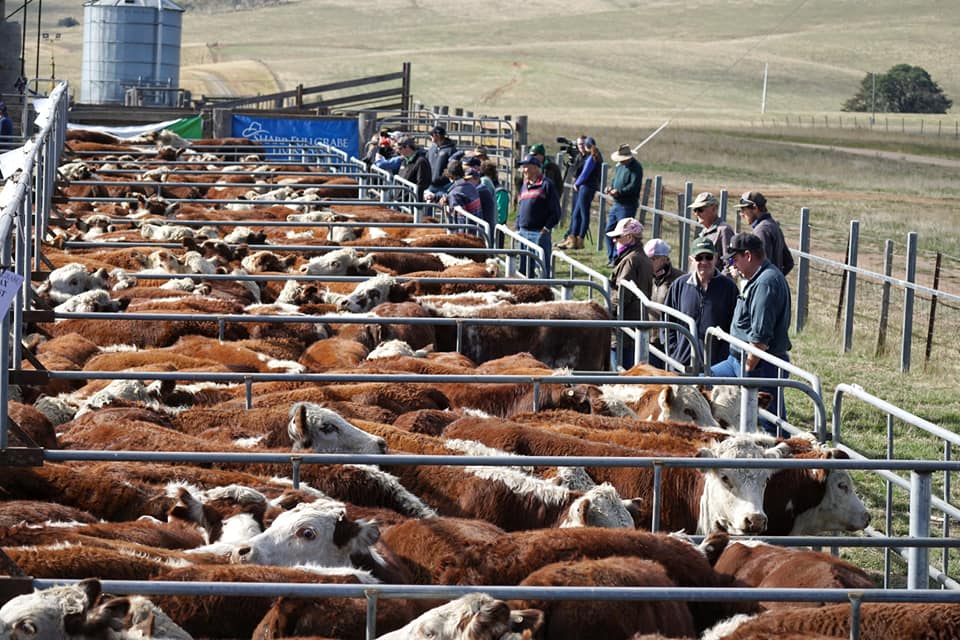 Hereford steers sold to a new record top price of $2390 at the 2021 Hinomunji calf sale. 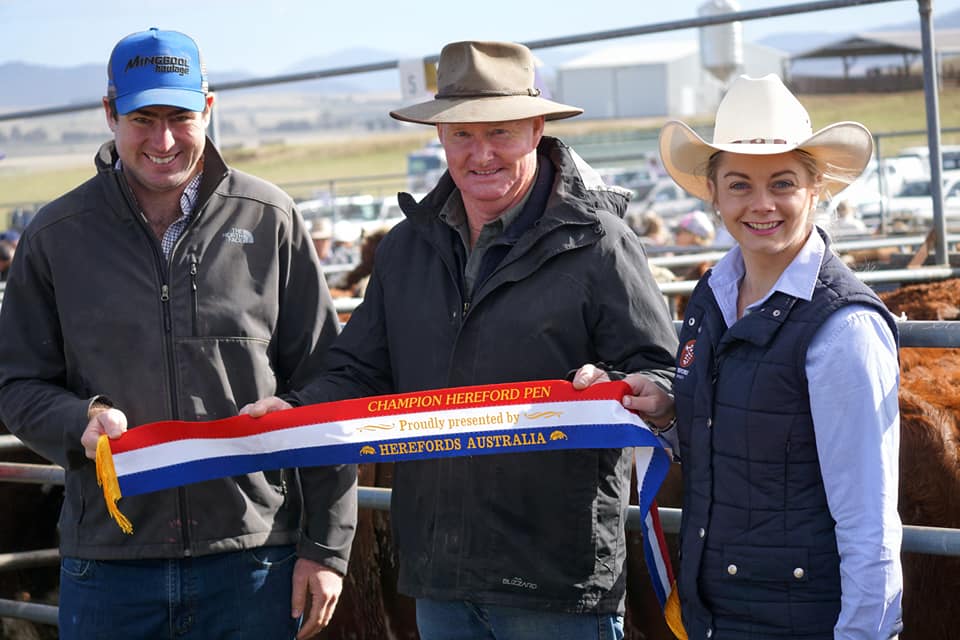 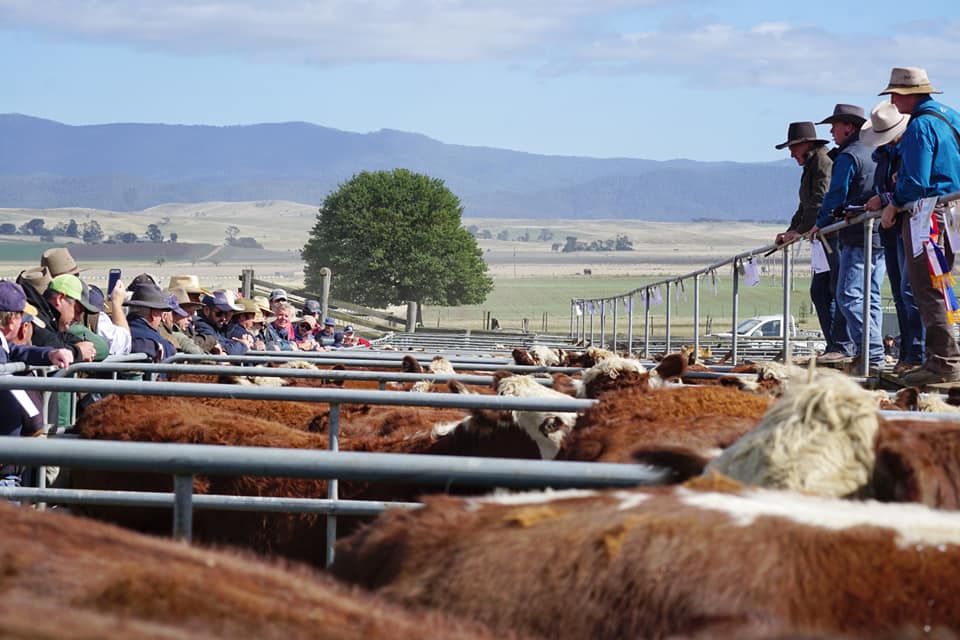 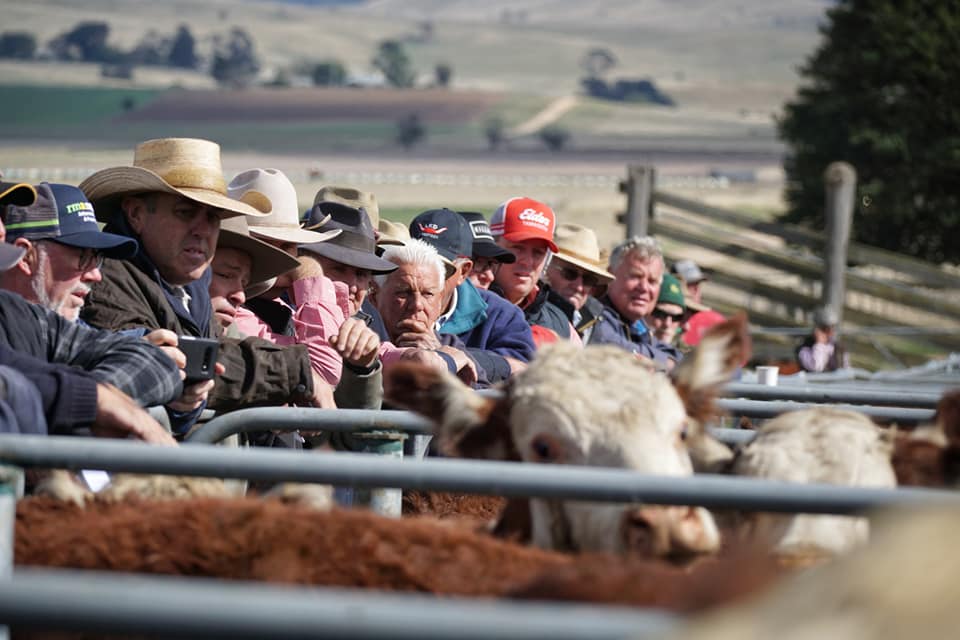