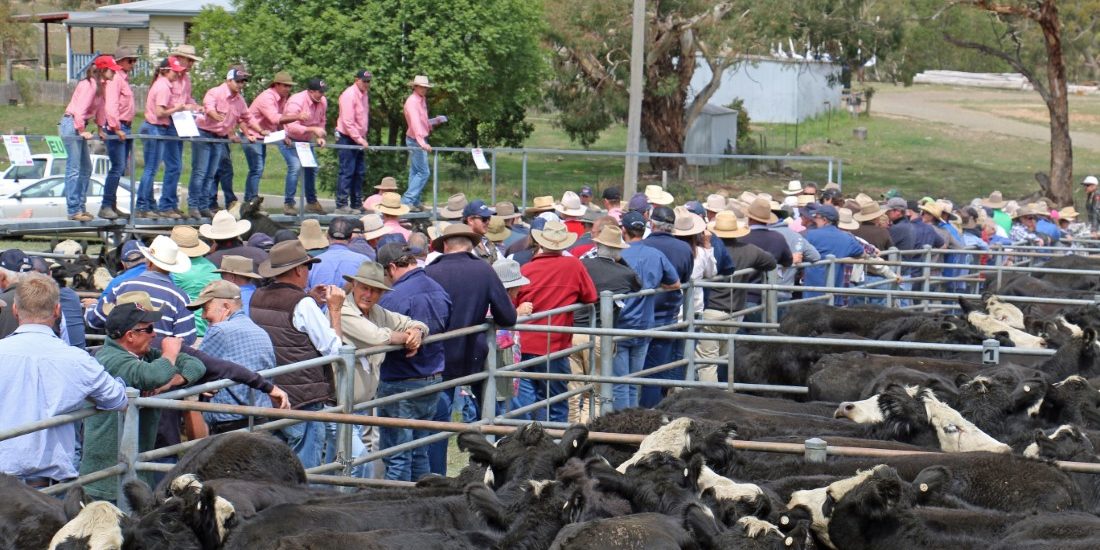 Vendors were left open mouthed as buyers kicked up a gear and lifted black baldy heifer prices by over $700 on last year at the Omeo Black sale.

The lighter end of the Angus steers at 613c/kg were also back on the morning sale where the lighter Hereford end had made 650c/kg.

In the heifers, the pace picked up with lot feeder demand paying $700-$1420 for the big run of black baldies.

George Farmer, Ensay, was pleased to sell 10-month-old black baldy steers for $1460 after receiving a top of $880 last year.

“It was excellent money today – I’m really happy,” he said.

Clive and Di Anderson, Benambra, sold their black baldy steers to a top of $1440 to Rodwells Sale.

“This year we kept every heifer and the tops of the steers,” Mrs Anderson said.

Last year, the tops of the draft had been bought by a Cootamundra feedlot in a single bid of $505 but this year was a different story with buyers jockeying to pay to $1250 – a rise of $745.

Albury commission buyer Graeme Ward paid $1210 for a pen of 100 of the Foulton heifers for Olgivie’s Airlie Feedlot, Victoria.

W A Pendergast and Son topped the black baldy heifers with a pen of European Union accredited females making $1300. 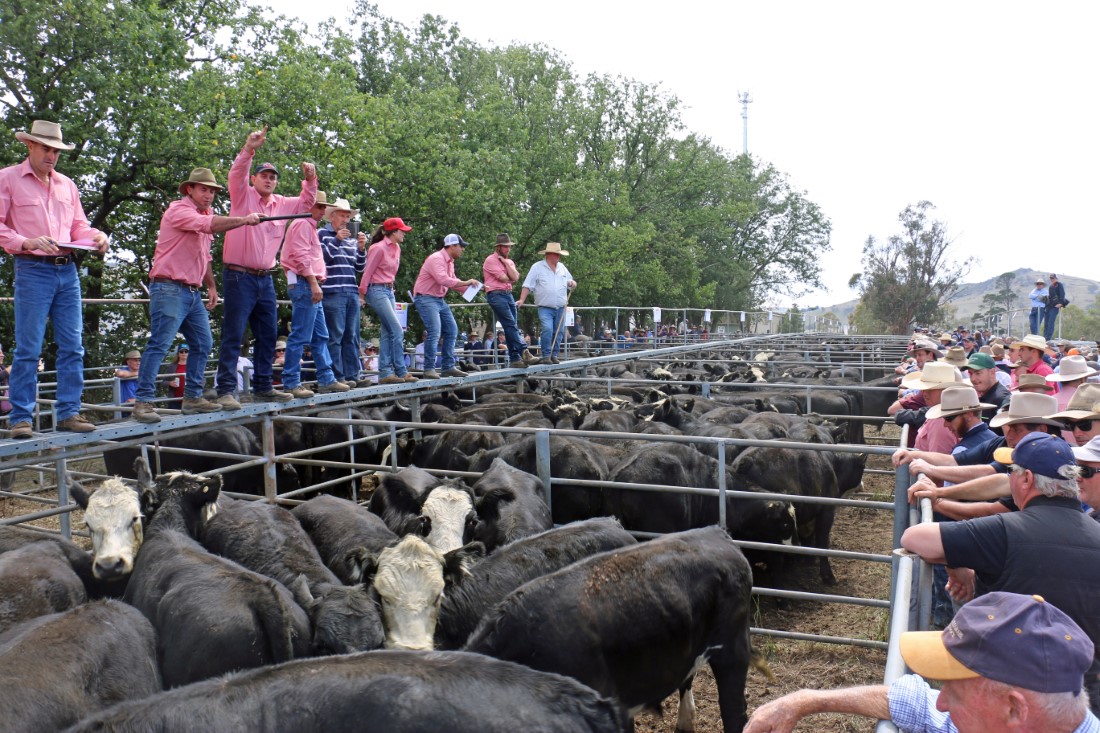 Buyers paid to a top of $1470 for black baldy steers at Omeo. 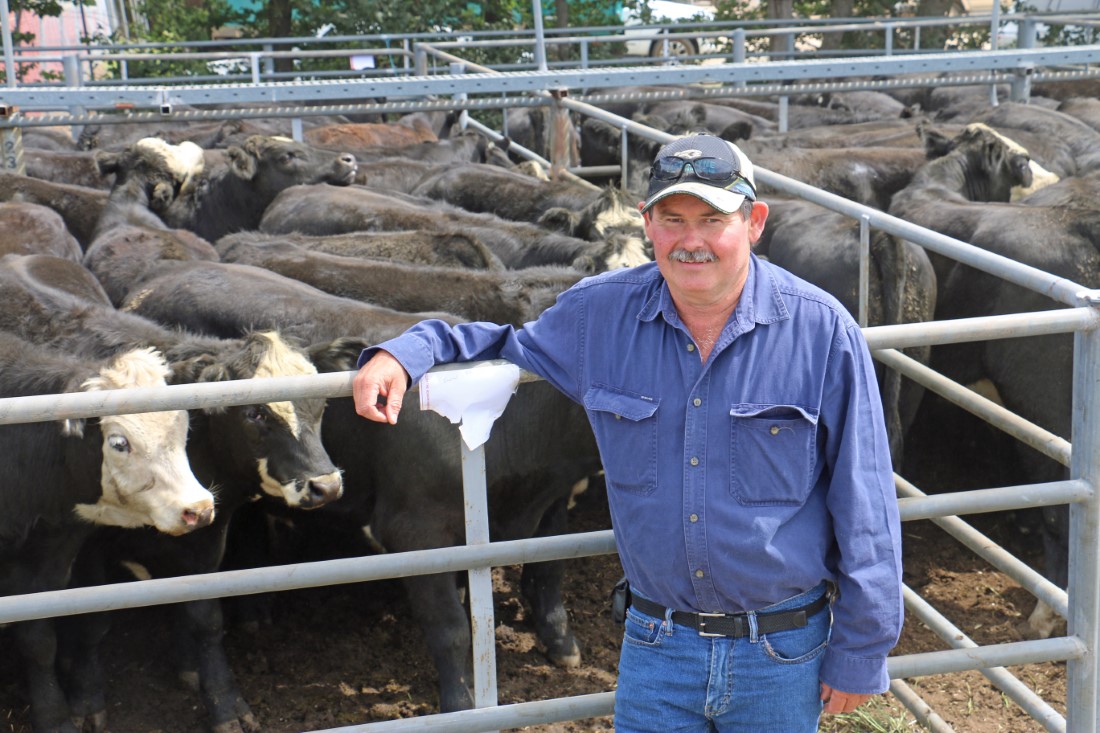 George Farmer, Ensay, sold the tops of his black baldy steers to $1460. 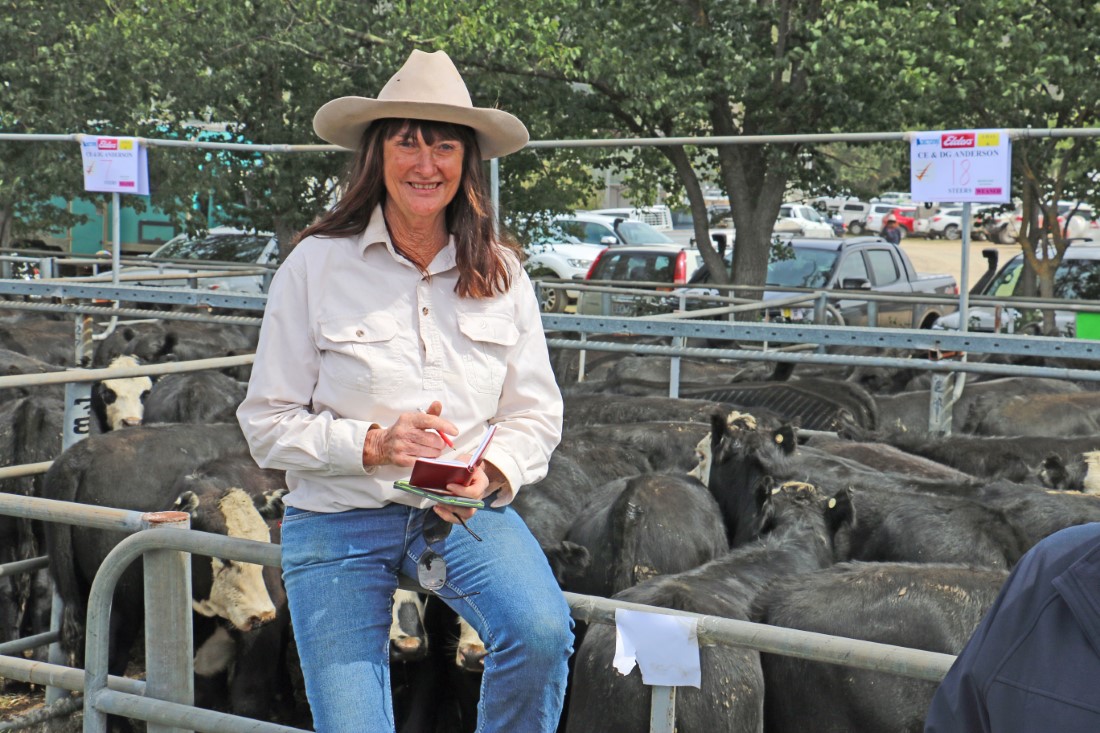 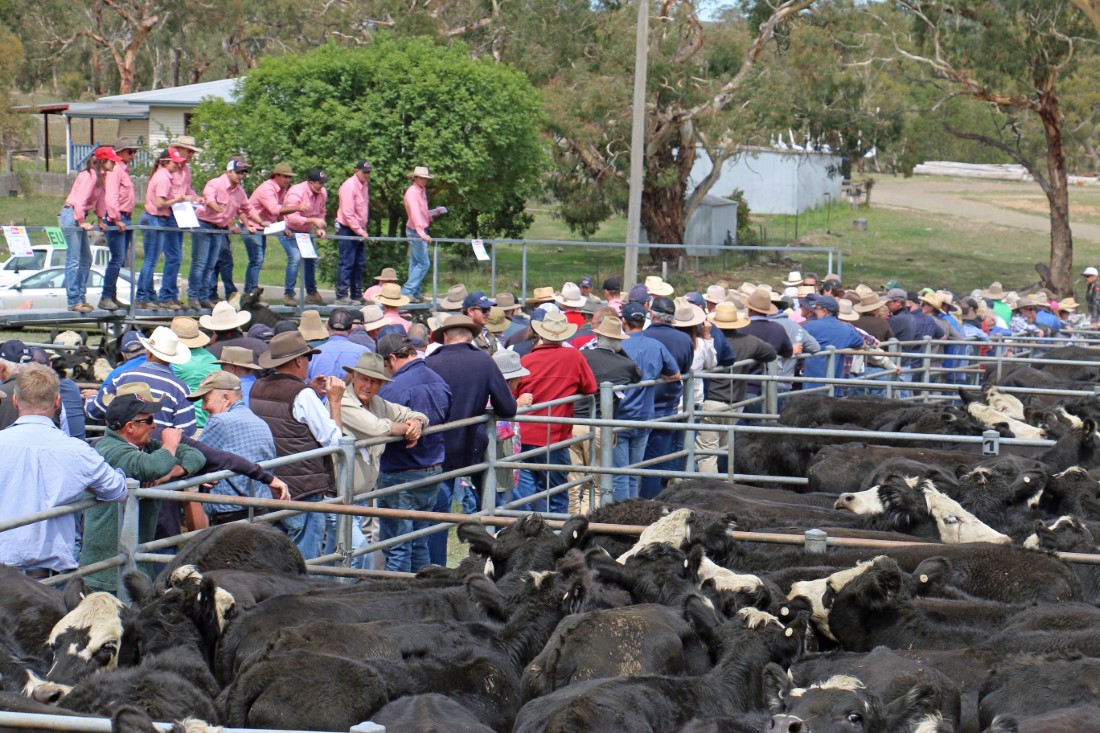 The Elders team takes bids from the large crowd jostling at the rail for the black baldy heifers. 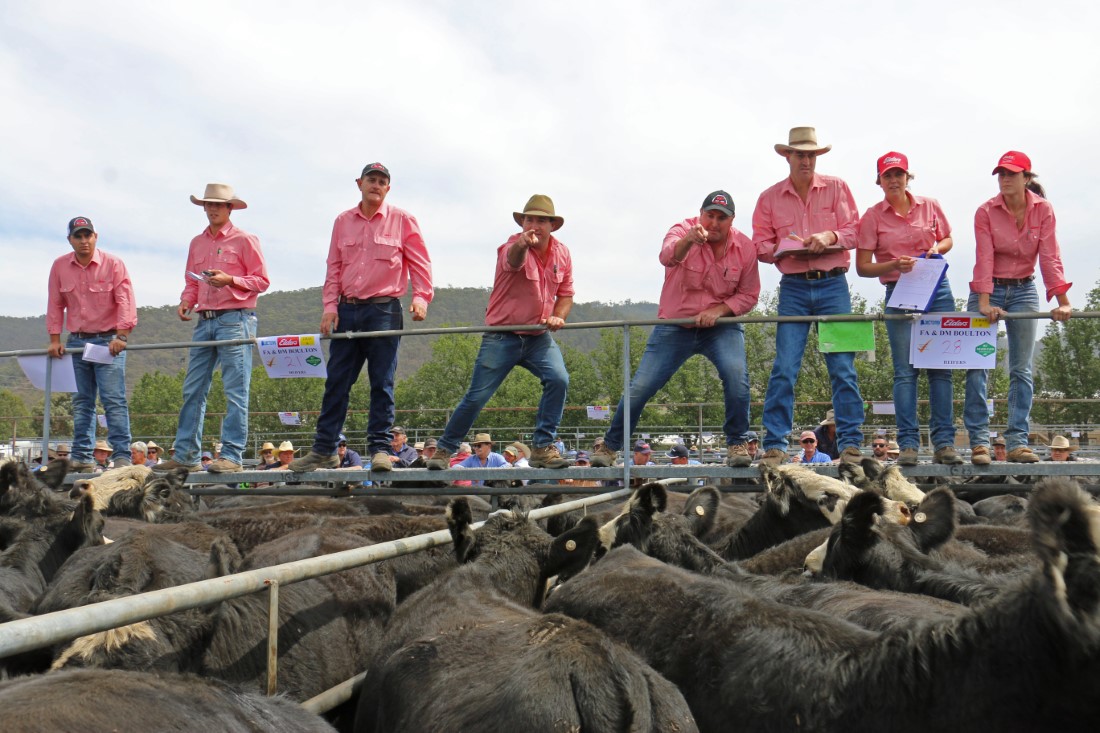