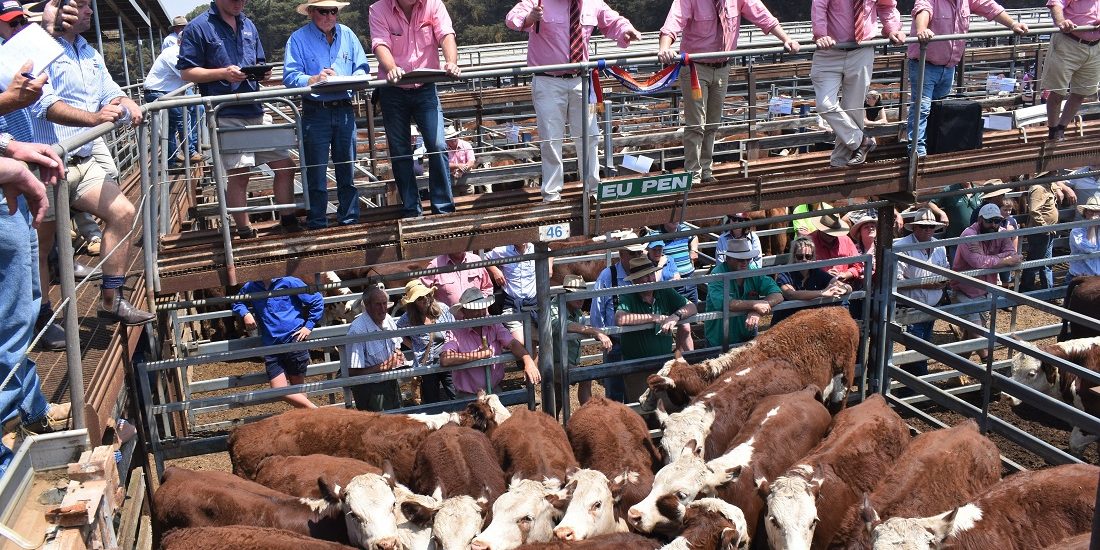 A quality yarding of 2,308 steers including 737 purebred Herefords had buyers bidding to premium prices at the Hamilton All Breeds Weaner Sale on Tuesday.

The top dollar per head price for Hereford steers was $1297, which was paid by Princess Royal Station for a pen of 17 EU accredited Bendulla blood steers weighing 409kg, offered by Mibus brothers, Sandy Camp.

The top cents per kilogram rate in the Hereford cattle was 326c/kg for a pen of 27 EU accredited Yarram Park, Injemira and Melville Park blood steers offered by Beerik Partnership, which averaged 373kg and sold to Paul Mason of Wellington, NSW.

The premium prices for quality EU cattle was a highlight of the sale with agents agreeing that the EU premium was the highest they had seen in a long time.

“Usually we see a premium of 5-8c/kg but today is anywhere from a 25-40c/kg premium which is the most we’ve seen for a fair while, so obviously a great demand for EU cattle for feedlotters and bullock purchasers,” said Landmark agent Sam Savin.

The main buying strength of the sale was attributed to return buyers such as Paul Mason of Wellington who picked up 133 head in the top runs of EU Herefords.

The champion pen of Hereford steers was awarded to John and Liz Craig of “Inverell” with a pen of 22 EU accredited Yarram Park blood steers which averaged 398kg.

Murray Arnel of Beef Central judged the champion pen and selected the Inverell steers for their good preparation and described the March/April drop steers as “very well boned and square.”

The champion pen sold for 317c/kg or $1262 per head to Paul Mason who has been buying the Inverell steers for the last 18 years.

John Craig was pleased with the sale results for the 182 steers they had on offer.

“319c/kg was our top price for our middle weight range which was about 363kg on average, and that’s for a draft of 84,” Mr Craig said.

Owen McClure of Beerik Partnership was also happy with how the sale went:

“We’ve actually done better (price wise) than last year so that’s good, and it’s definitely better than I was expecting a week or 10 days ago,” Mr McClure said.

The quality of the cattle offered was commended by the agents with some excellent genetic lines on offer to buyers.

“There’s a lot of money spent down here on bull power and it’s very evident by the breeding of the cattle and who comes back every year and rebuys them,” Mr Savin said.

The quality of the steers was also attributed to the better season experienced in the western districts with late spring rain making up for a slower start to the season.

“We had a good spring in the end, we got enough rainfall at the crucial times and that carried us through, and we ended up with a good spring and everyone made hay, so we’re very fortunate,” Mr Craig said. 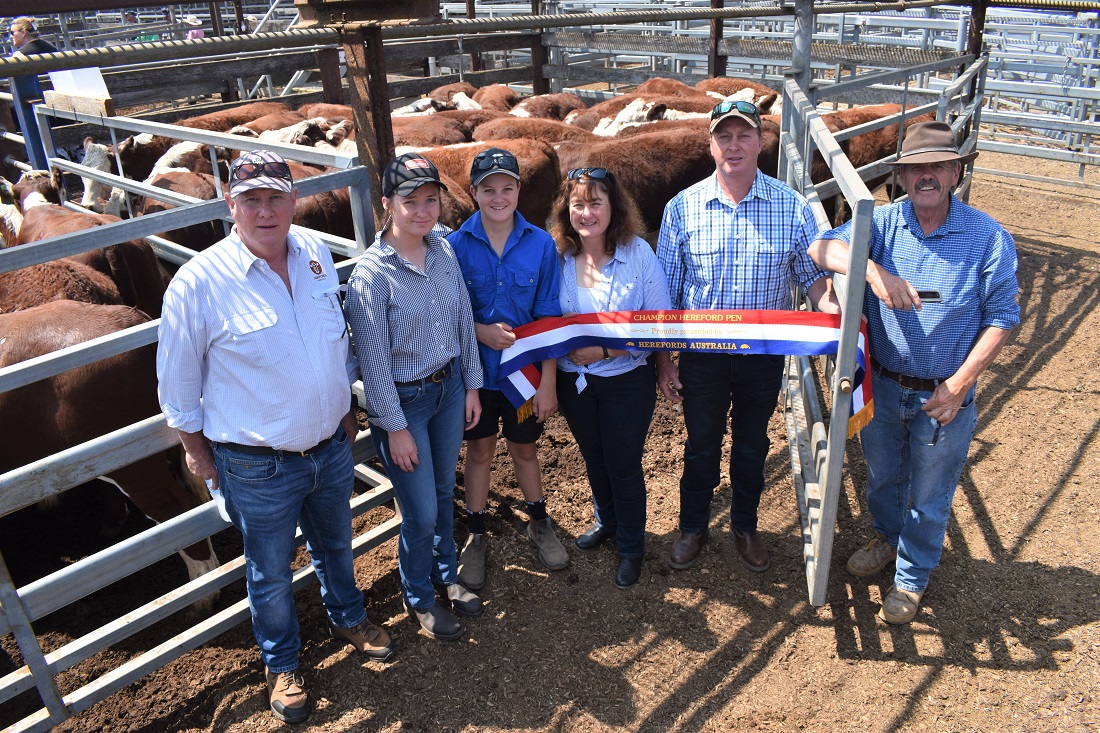 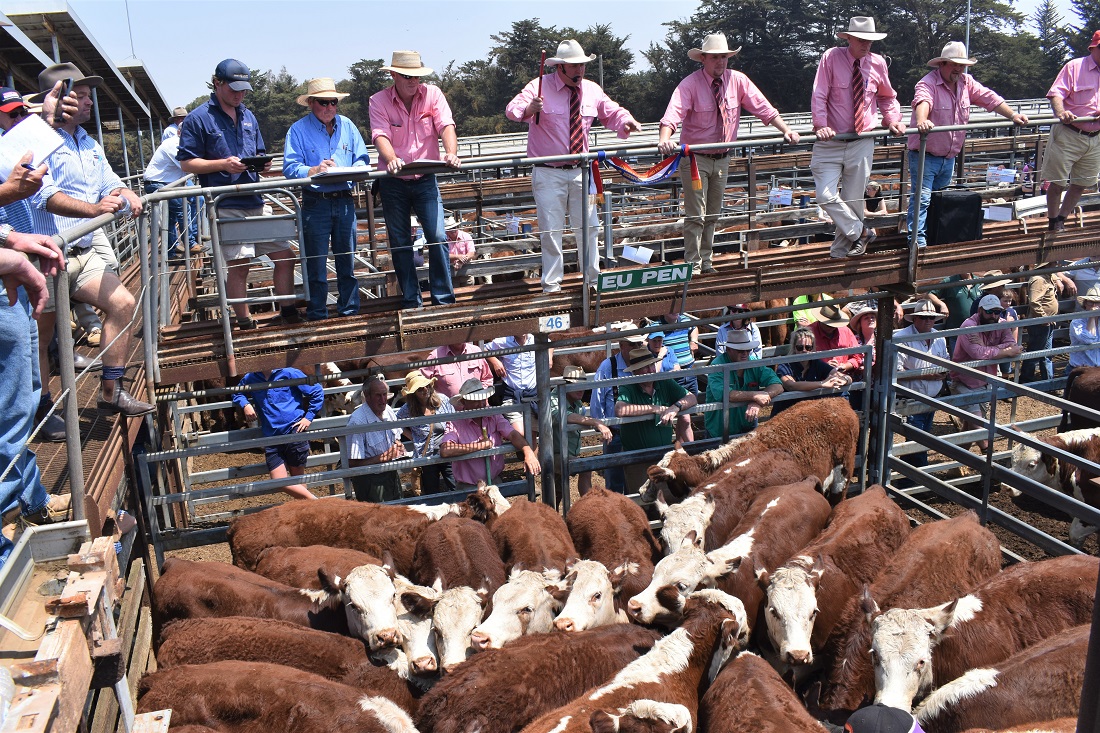 Elders agents taking bids on the champion pen of steers. 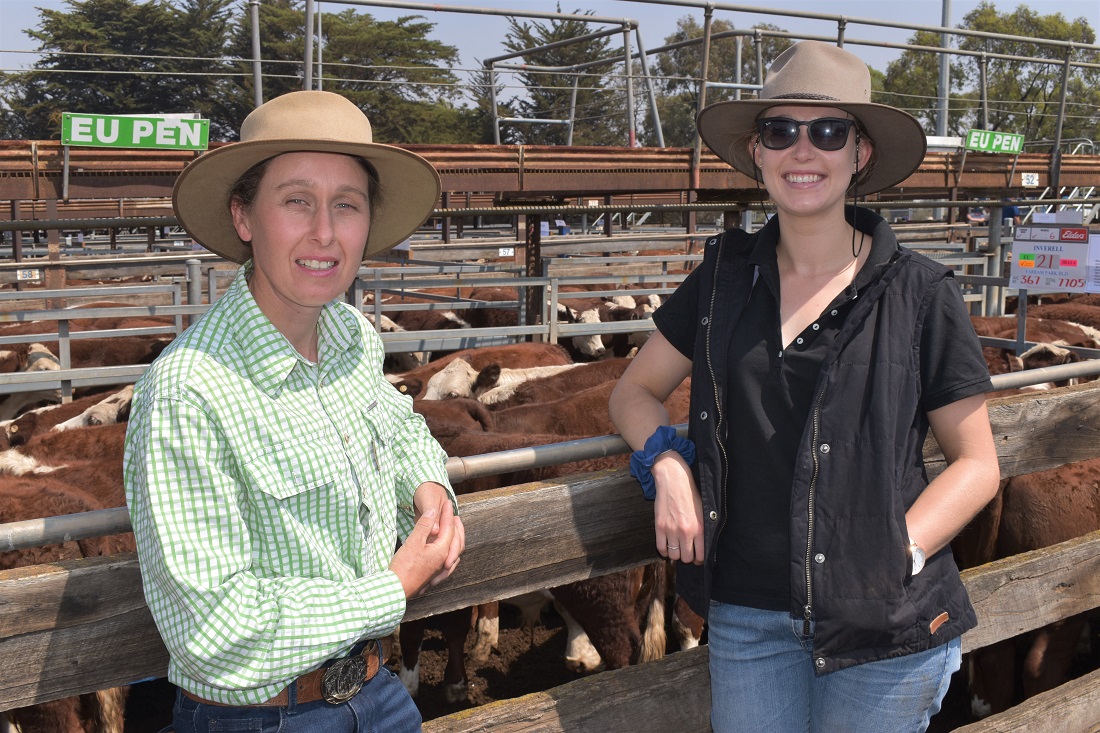 Carmen Menzell and Ellie Sanders caught up before the sale. 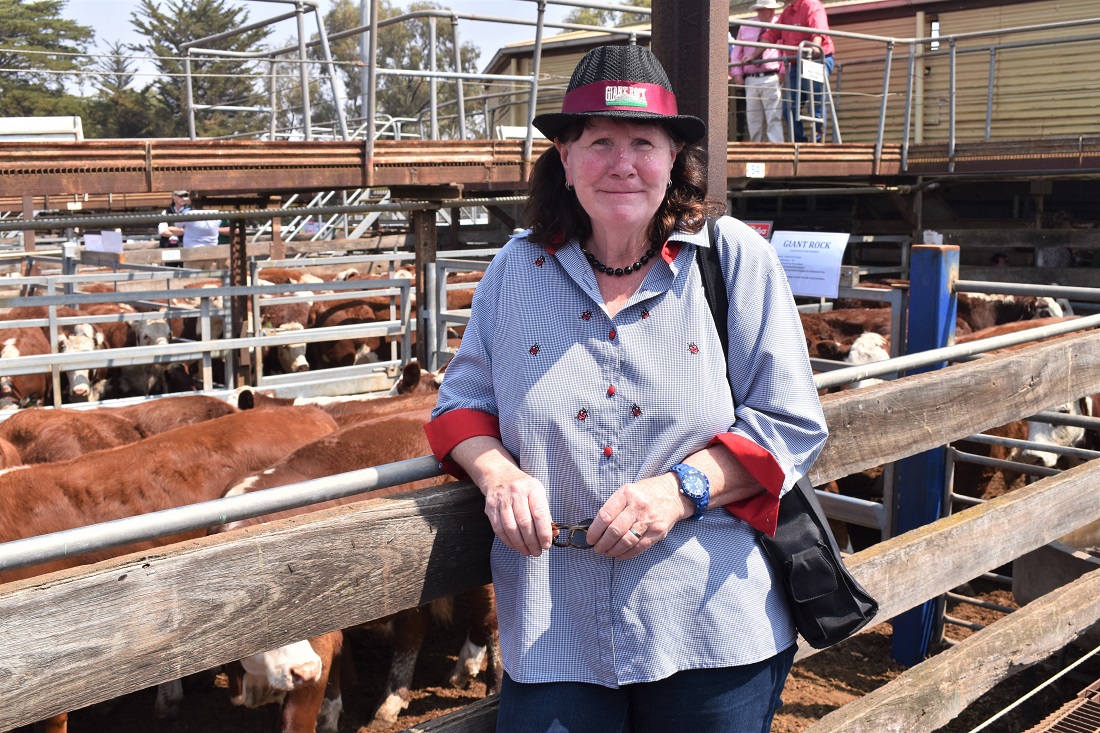 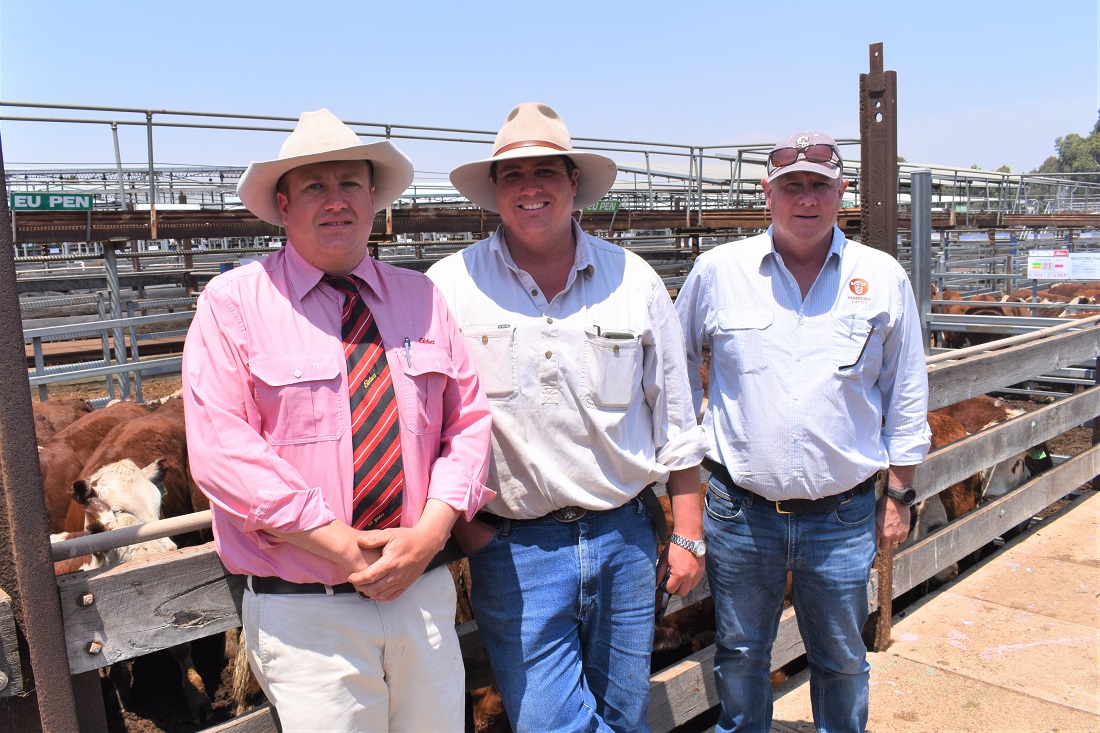 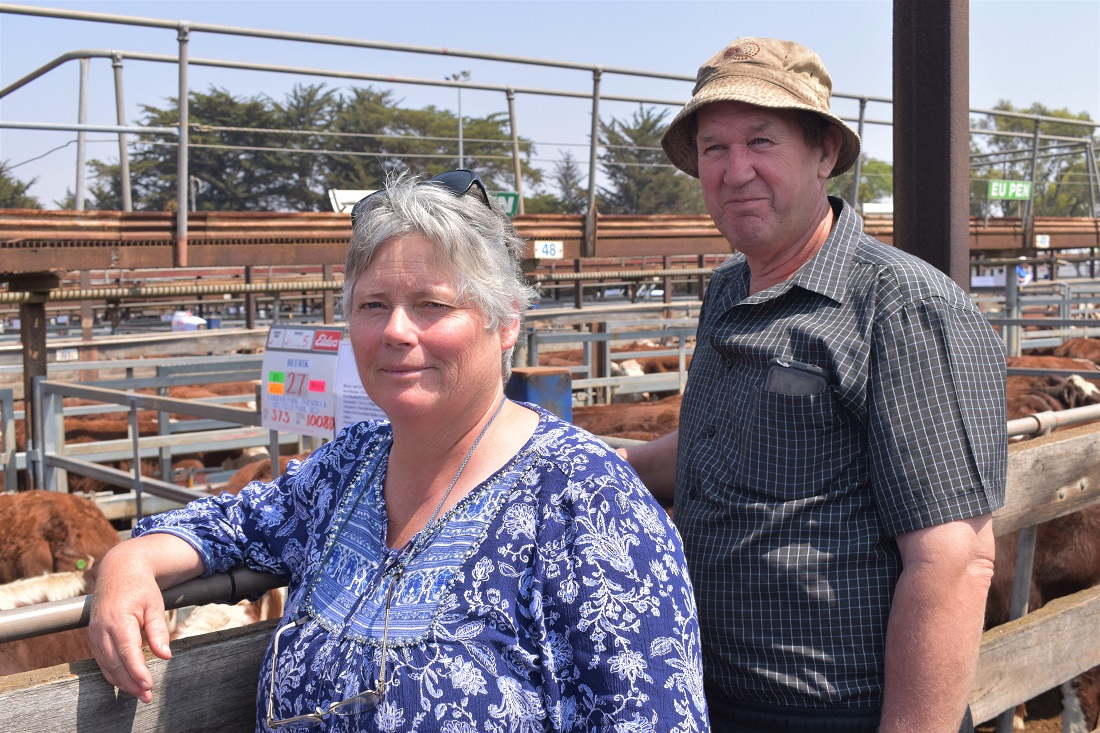 Helen and Martin Boyer of Narrawong were checking out what prices were doing at the Hamilton sales. 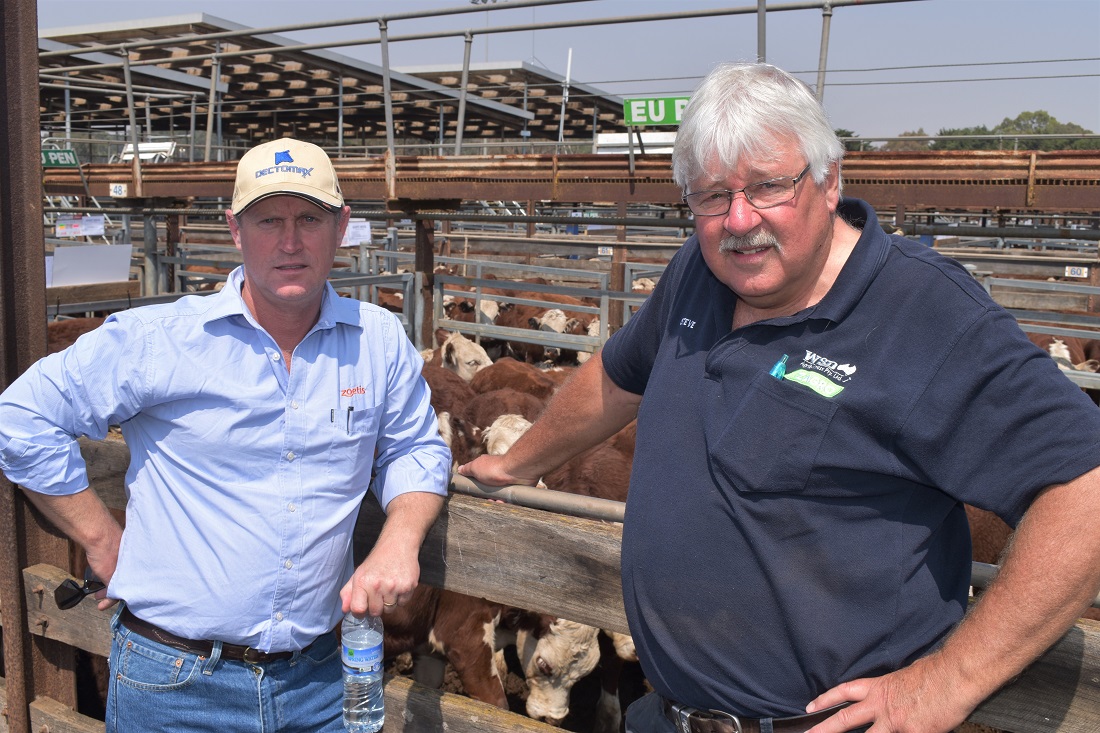