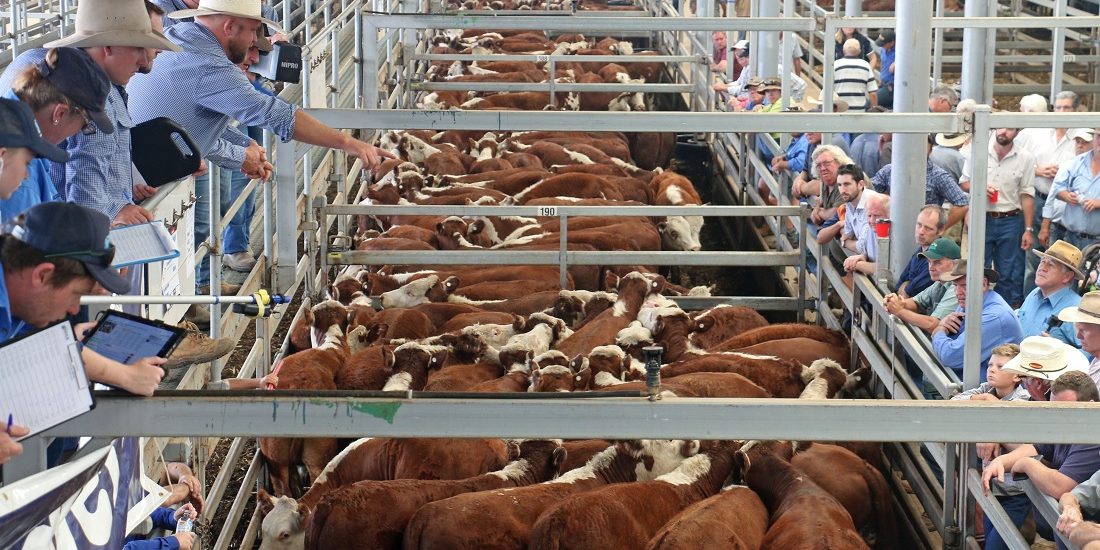 Lot feeders and a live export order underpinned the Wodonga Blue Ribbon Weaner Sale, with prices for whiteface steers topping at 308c/kg and heifers at 283c/kg.

Topping the purebred weaner offering on a dollars per head basis was the McCormack family, “Muskerry”, Bullioh, Vic, with a pen of 22 Mawarra blood steers, 10-12 months, and weighing 393kg, selling for $1135 or 288c/kg to JBS Australia.

John and Jane Witherow, Murmungee, Vic, topped the Hereford yarding on a cents per kilogram basis at 306c/kg with 343kg steers, eight to 10 months.

Ongoing fires in the Upper Murray and Gippsland prevented many buyers, steer finishers and vendors from attending the sale, while the northern drought also resulted in a subdued northern buying presence.

Albury commission buyer Graeme Ward judged the Herefords Australia champion pen of steers, awarding the sash to Jeanette McCormack, her son David and granddaughter Clare, Bullioh. The pen went on to top the purebred weaner offering for the family and it was their third win in four years.

Mr Ward was impressed the structural correctness, bone, genetics and health care of the steers.

He said EU accredited cattle were in “terrific demand” this season, driven by feedlot demand.

Mr McCormack said an ordinary season had resulted in the calves weaned on December 2 onto silage and hay, with weights up 5kg on last year.

Some vendors were left around 15c/kg short of their expectations as the market softened on the back of strong demand at the Victorian western district sales where EU accredited Hereford steers sold to 330c/kg.

He had weaned the steers in December following a “fair spring” and had anticipated 300c/kg.

“The (lack of) EU accreditation had made no difference to the market here in the past,” Mr Trethowan said.

Garry Zauner, Bungil, offered 100 March-April drop calves on the back of a dry season, lack of water and nearby fires.

“The Hereford breed is an appropriate and sensible animal for our country – they do well, the temperament is perfect,” he said.

“We are not looking for an extreme animal.

“The fires were on our doorstep and lots of our neighbours are struggling but the only positive out of this is how strong the community spirit is.”

Also among the vendors was Tony Reardon, Brooklyn Pastoral Company, Mansfield, with Hereford and black baldy steers weaned in December on pasture and silage.

“I had been hoping for 300c/kg for the tops so it was 20c/kg under expectations but it has been a big week of sales with a lot of cattle on the market,” he said.

“I can’t keep them and just had to meet the market.”

“Today’s market is fair value for buyers and sellers with prices similar to last week,” he said.

“I expected it to be a bit cheaper – I am mainly after feeder heifers.”

Corcoran Parker auctioneer Justin Keane said feedlots had absorbed 60 per cent of the cattle 350kg and above.

“The lead of the calves were all in that feedlot weight so that takes a fair percentage of the cattle away from a general farmer or bullock fattener,” Mr Keane said.

He said the front paddock Herefords were around 300c/kg.

“There’s plenty of talk and speculation about what may happen later but it’s still got to rain and, with the pressure we have locally of fires and the season, I don’t think anyone could expect any more.

“The people who bought cattle at 300c/kg would be replacing bullocks sold for good money.”

“There are very few grass improver people coming down from the north to buy cattle – in the past 70 per cent of the cattle would have headed north.

“The heavy heifers were feeder supported with three to four large companies buying, and down into the 300kg heifers there is still feedlot competition wanting backgrounders for domestic jobs.” 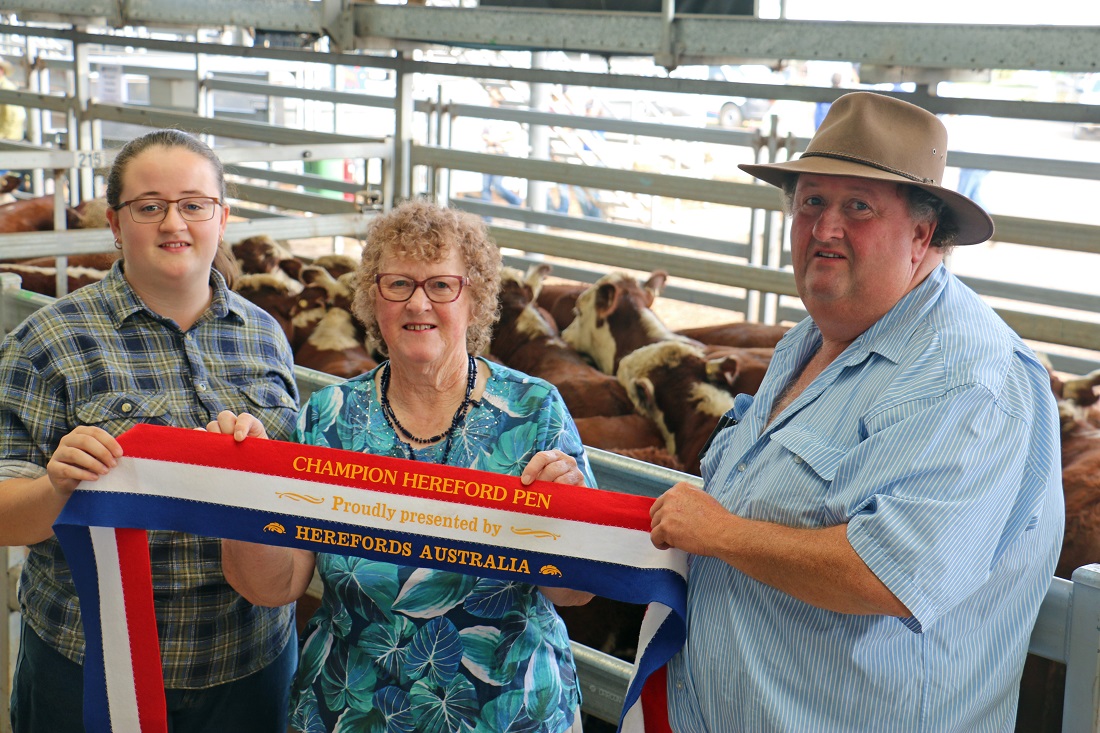 David McCormack with his mother Jeanette and granddaughter Clare McCormack, Bullioh, have won the champion pen of Hereford steers for the third time. 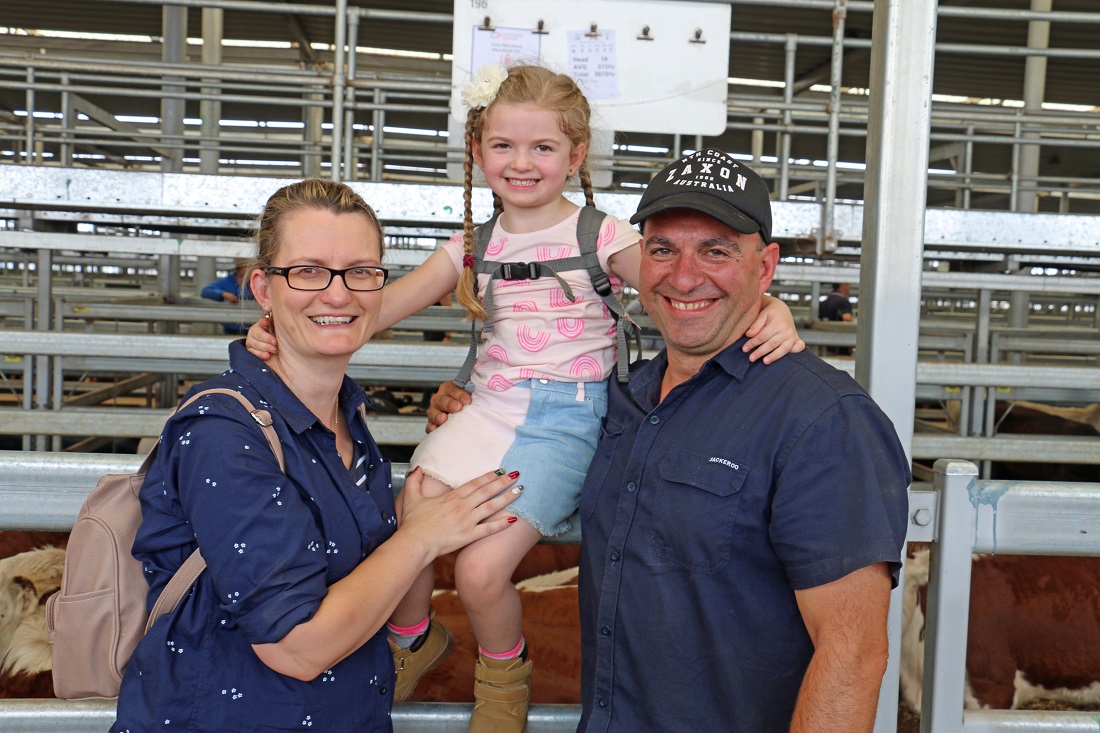 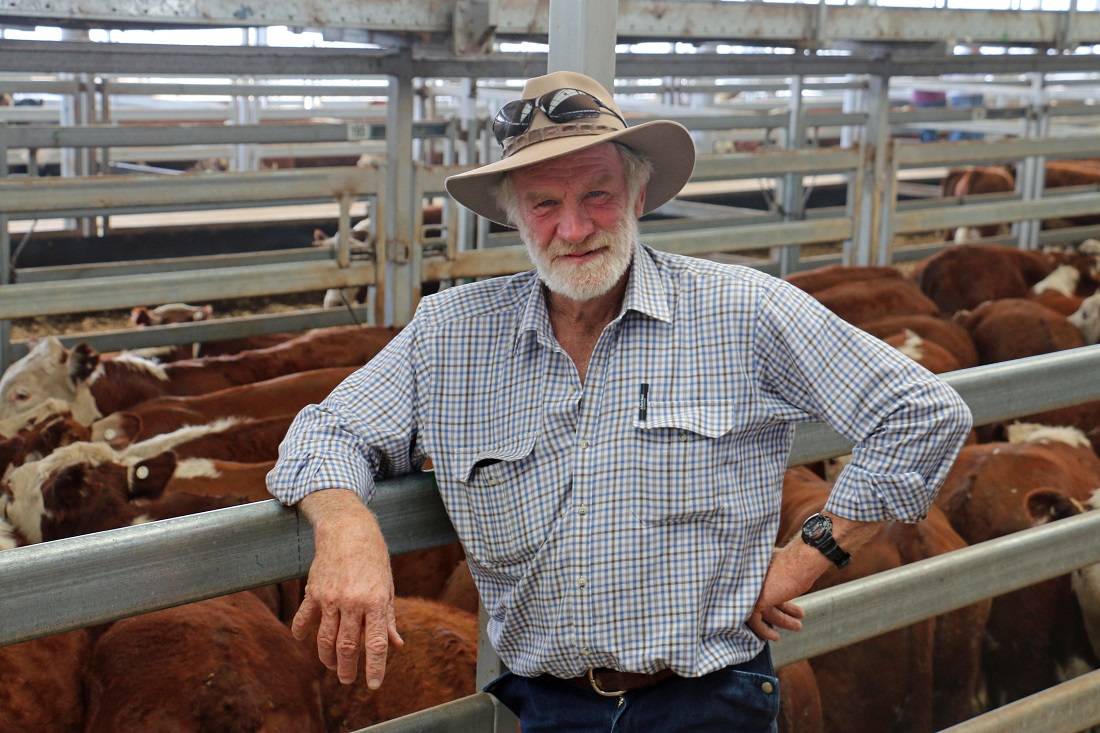 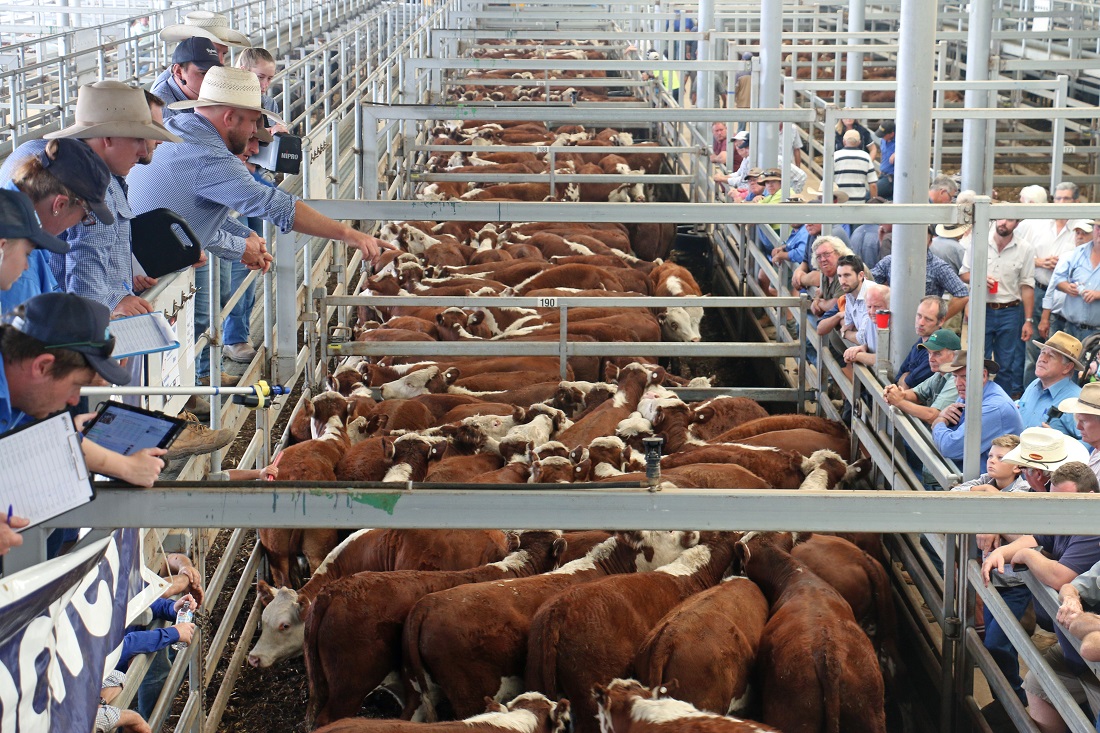 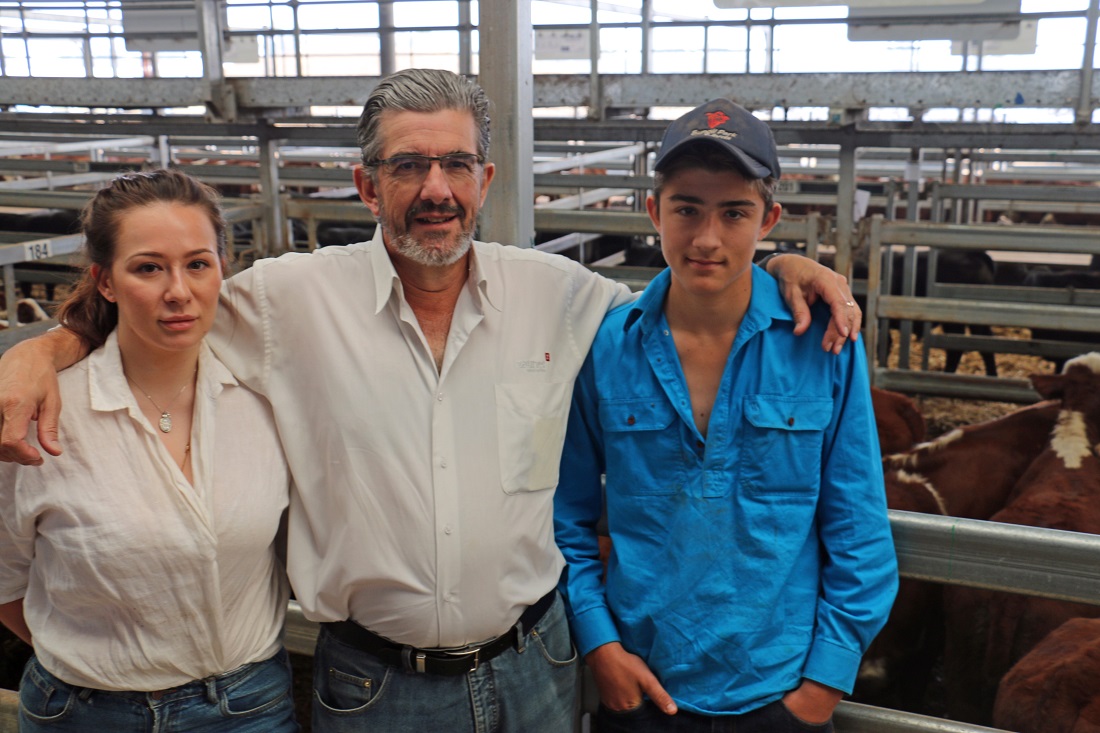 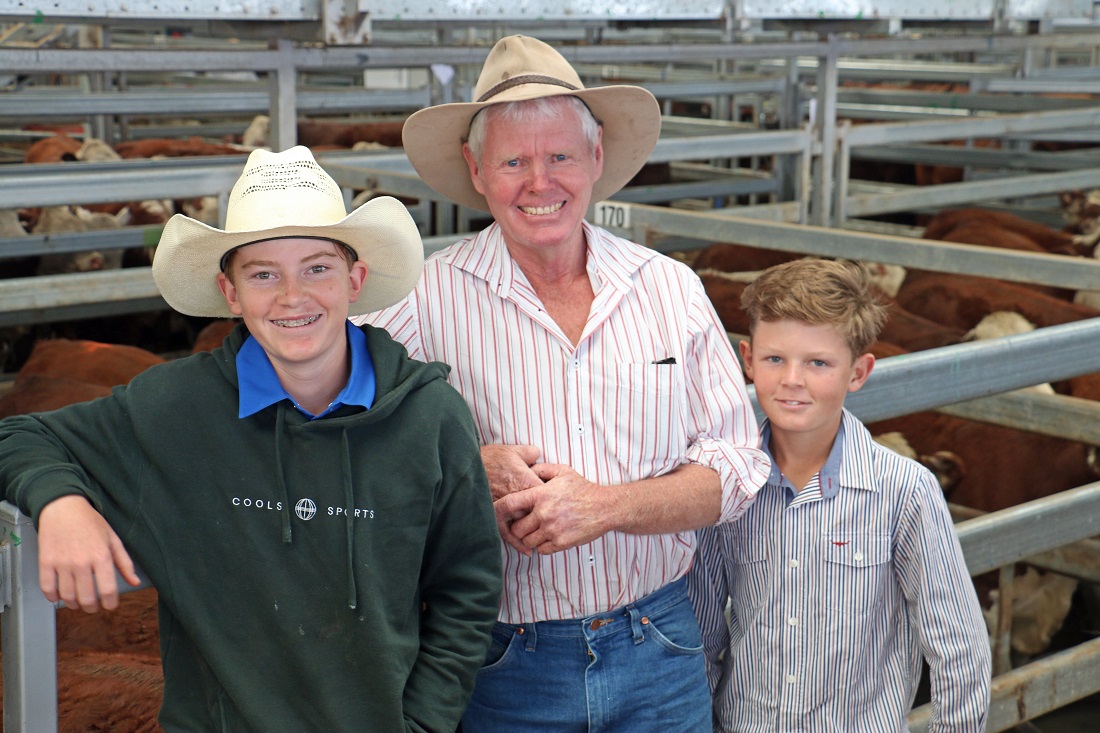 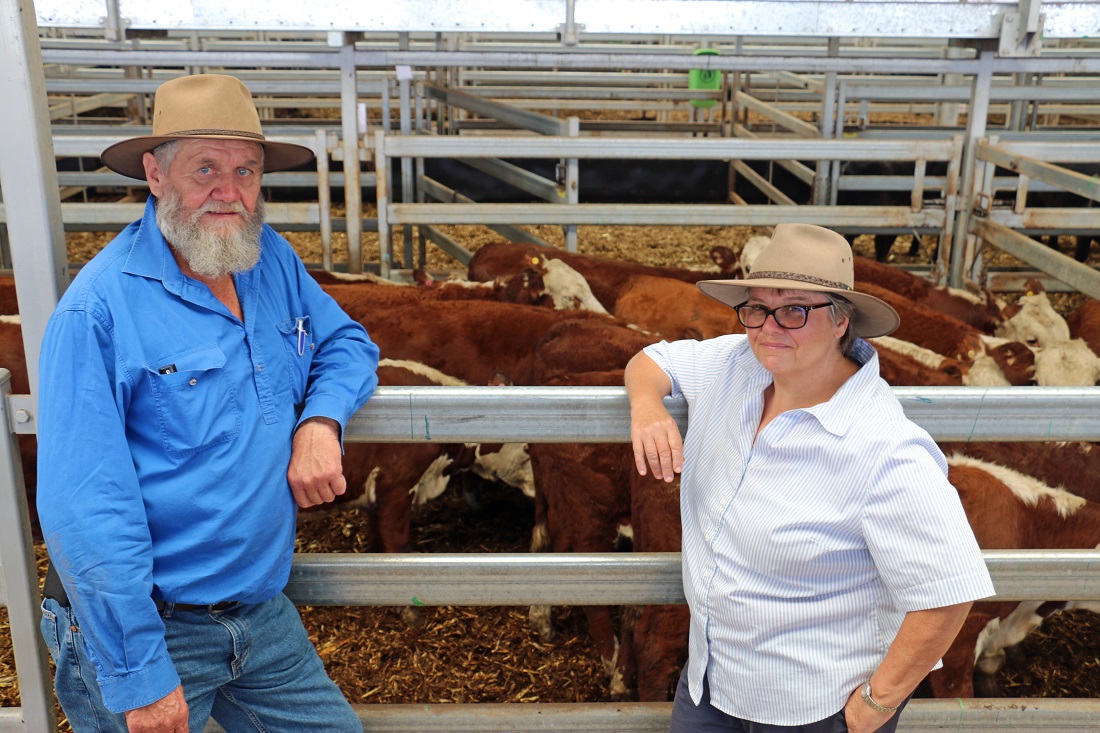 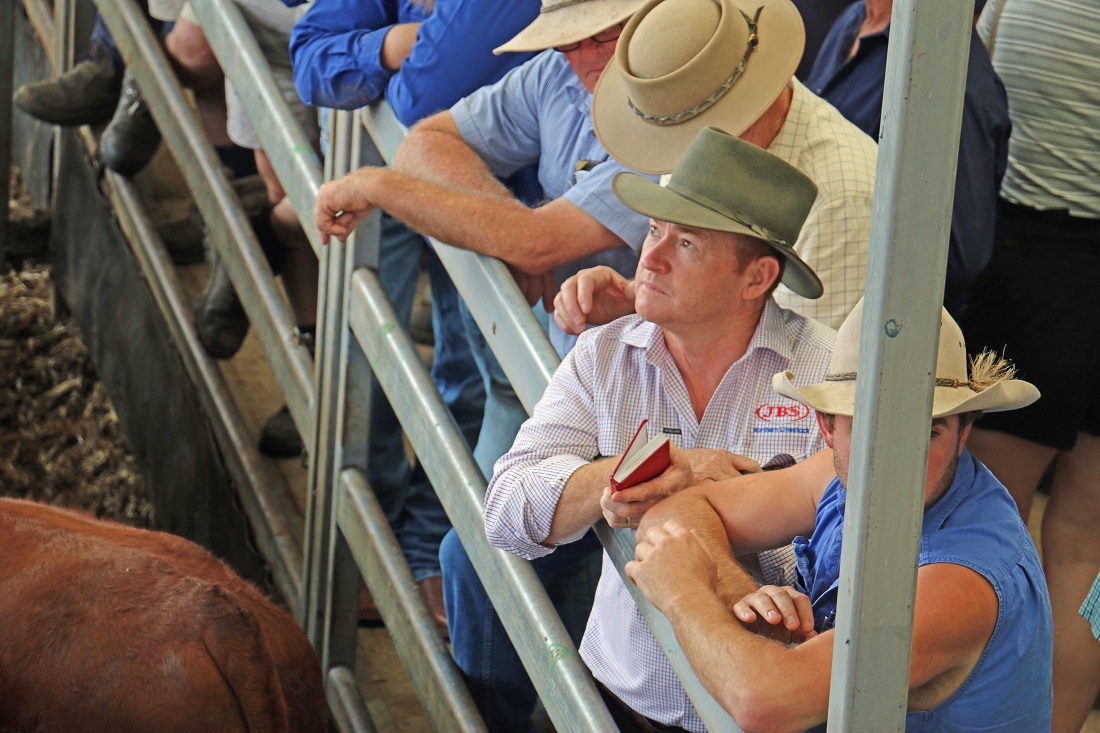 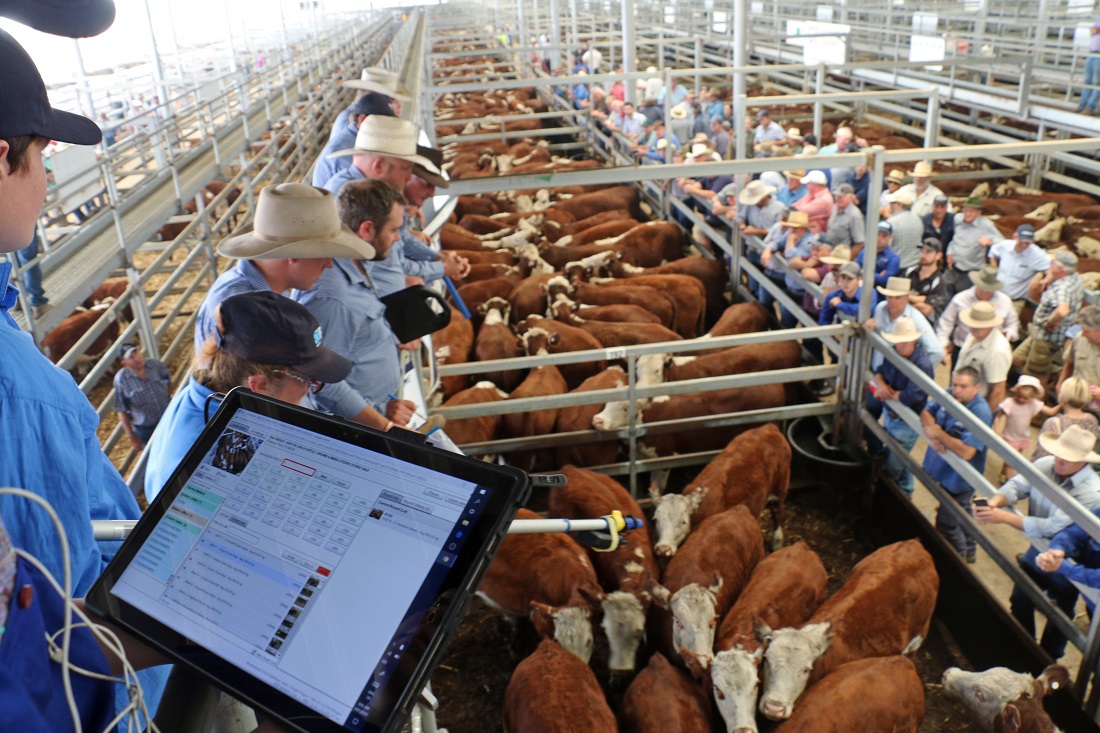 The Wodonga Blue Ribbon weaner sale had a total clearance of 4288 head. 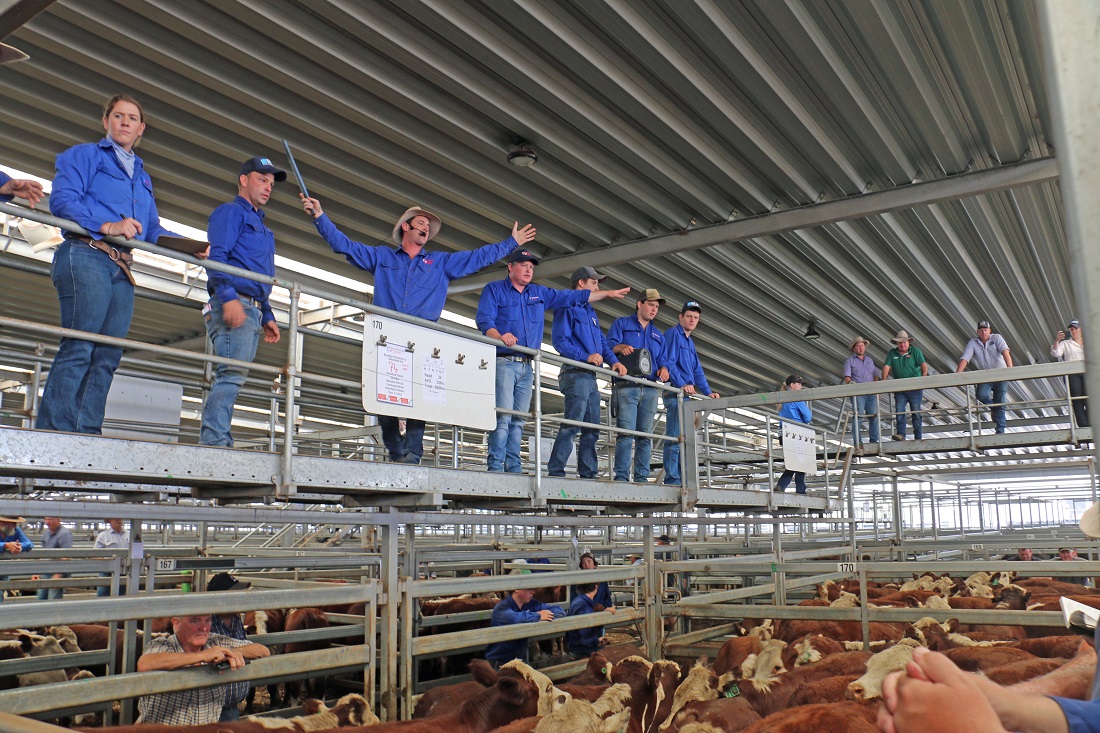