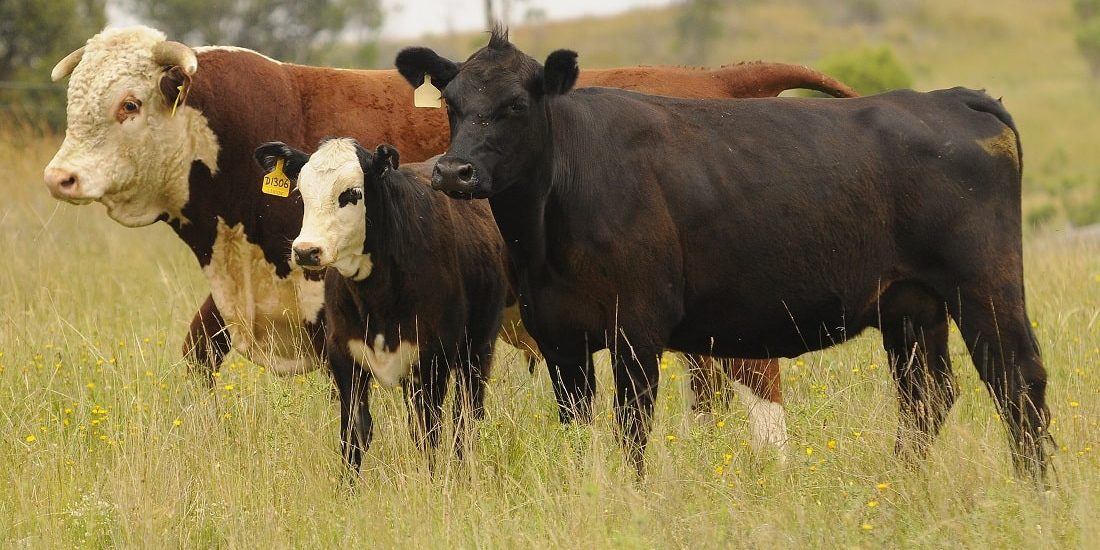 Producers need to set business targets to ensure they are moving forwards and generating profit; “the majority of beef producers can either pay themselves a decent wage, or pay bank interest, but not both,” Dr Holmes said.

According to Dr Holmes 25 percent of producers own half the land and half the management across Australia and generate all the profit from the beef industry.

Any profit generated by the other 75 percent of producers is cancelled out by the losses within the same cohort.

Effective management and setting a solid business plan is essential, with producers needing to make a minimum of 4 percent return on assets and $30 in earnings before interest and tax (EBIT) per dry stock equivalent (DSE).

“You set those two targets, suddenly your world will change,” Dr Holmes said.

One of the best ways to increase on farm profitability is by crossbreeding and gaining the extra 10 percent of yield through hybrid vigour.

Dr Holmes has been working with six large beef production herds across New South Wales (which all produce black baldy cattle), for the last 10-30 years.

“We cannot afford to calve at any other time than in the Spring period.

“We cannot match feed supply with feed demand properly and cost effectively [if we calve at any other time],” Dr Holmes said.

Restricting mating times to six weeks is crucial to maintaining a highly fertile and productive herd according to Dr Holmes.

Gestation length in southern cattle breeds is 283 days, post-partum anoestrus (the amount of time before a cow will cycle again after calving) is 40 days, with a mating time of 42 days adds up to 365 days.

Producers must work to this system if they want each female to be producing one calf per year.

“Every day you extend mating beyond 42 days the wider you open the back door on the herd and let more sub fertile cows into the system, Dr Holmes said.

Dr Holmes has found that within the six herds he works with that limiting the heifer joinings to four weeks has increased the conception rates of first calvers, however this has taken some time to achieve as they have had to build higher genotypic fertility into the herd.

Dr Holmes has been working with Hereford cattle for the last 40 years, either as the primary breed or as part of a crossbreeding operation and says they have never let him down.

“There’s so much going for [the Hereford breed], especially on bull costs.

“No one talks about bull cost per calf born, but it has a fairly potent financial effect on the herd,” Dr Holmes said.

According to Dr Holmes’s research Hereford bulls have much better longevity than Angus bulls for a range of reasons.

Dr Holmes found the main cause of failure in Angus bulls was penis related, followed by leg/joint related injury.

“That difference completely wipes out the so-called black premium and more, you pay money for Angus bulls with that sort of breakdown rate, the black premium becomes a farce,” Dr Holmes said.

These statistics also have a large impact on the bull cost per calf weaned.

This cost is calculated by the initial cost of the bull, minus the resell value (meat value) of the bull at the end of his working life, divided by the number of calves the bull produces in his lifetime.

This is hugely important when it comes to the value of a bull’s progeny, for example; if one bull costs $20 per calf weaned, while another costs $80 per calf weaned, that difference of $60 works out at a 30c/kg discount on a 200kg weaner by the $80 bull.

Dr Holmes said it is also very important to have a production goal in mind when deciding on a seedstock supplier and selecting bulls based on their EBVs.

“There’s a very good link between some carcase traits and herd fertility, and it’s all to do with where the energy reserves in the body are stored.

“If I can get some carcase traits in there that are going to improve my chances of grading MSA and at the same time get a fertility bonus it’s a no brainer, you’ve just got to do it,” Dr Holmes said.

Mature cow weight is another important trait that Dr Holmes urges producers to be aware of.

“The issue of mature cow weight and big hungry cows is only just starting to be discussed now, but believe me, from an economic point of view, great big females are bad news,” Dr Holmes said.

“The seedstock herds that we use are all accessing the larger gene pool of Herefords in the U.S. and are using U.S. genetics to improve certain traits more quickly than they could if they just stayed in Australia.

“The gene pool of excellent Hereford genetics is too small in Australia and that needs to be expanded, and that’s happening I think,” Dr Holmes said.

Watch the full presentation from Dr Holmes at the 2019 Herefords Australia Breed Forum below: