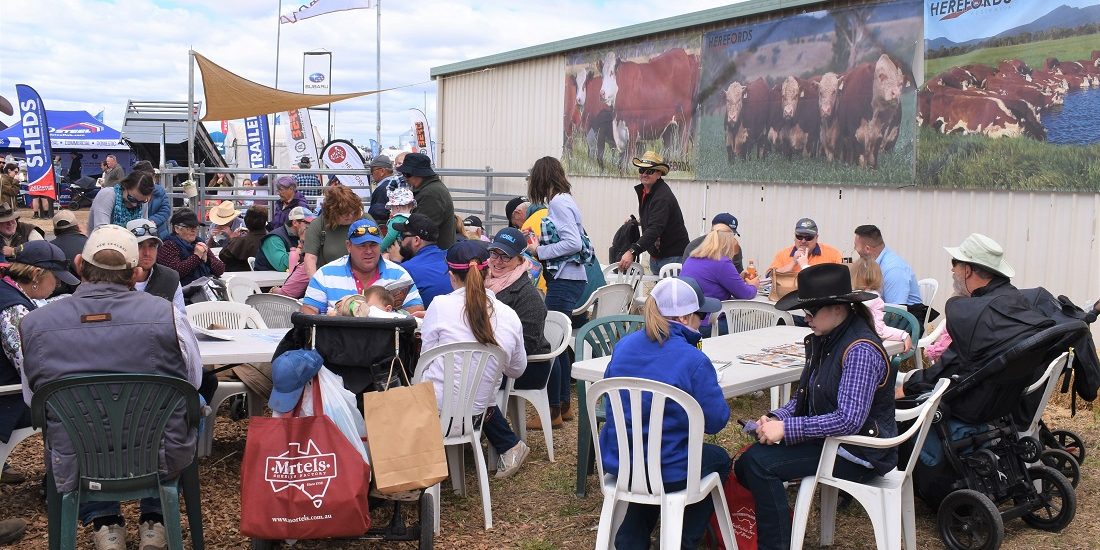 Steak enthusiasts were once again treated to a fantastic eating experience by the Herefords Northern NSW group at the 2019 AgQuip field days in Gunnedah, NSW last week.

AgQuip is Australia’s largest agricultural field day and attracts thousands of visitors from across the country each year.

The Hereford Boss brand is 100 percent verified Hereford beef and is underpinned by the JBS Farm Assurance Program, meaning the meat is 100 percent grass fed and free of added hormones, antibiotics and GMOs.

According to JBS the beef that is packed into the Hereford Boss brand is consistently in the top 10% of all MSA graded beef in Australia, proving it is guaranteed to be some of the most tender, juicy and full flavour beef produced in Australia.

The quality of the product being served at the Herefords barbecue was noted by many customers over the three days, with more than one satisfied steak connoisseur deeming the Hereford steaks the best at AgQuip.

Steaks sold out by 2:30pm on Thursday afternoon with the final steak sandwich being sold to Ben from Bundarra while his son Raff enjoyed a delicious pie.

The bread rolls and chunky Hereford beef pies were supplied by the Latter family of Bread Basket bakery, Kurri Kurri and were met with top reviews from pie fans.

The Youth members were a great help and many of them will attend the Herefords Northern NSW Youth Show in Inverell in January.

The popular stand at AgQuip offers a prime opportunity to promote the Hereford breed as a whole, with both a polled and a horned bull from Swanvale Herefords on display at this year’s site.

Money raised by the Herefords Northern NSW group during AgQuip is put towards promoting the breed throughout the region and supporting youth programs. 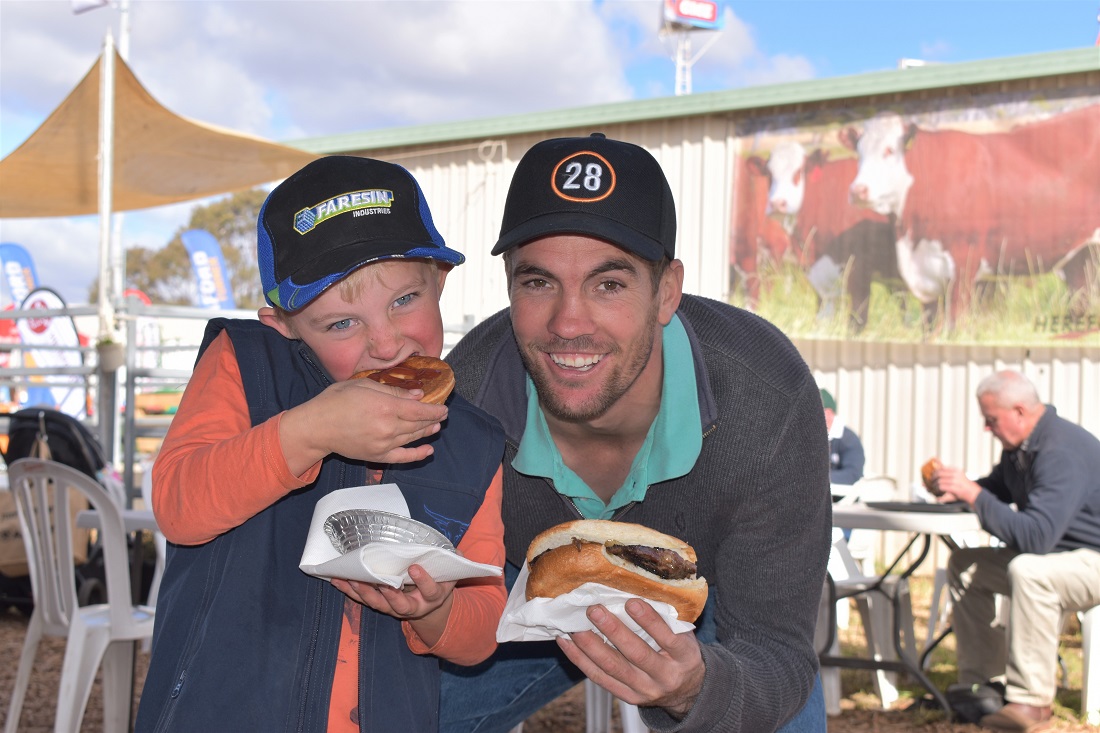 Raff and Ben from Bundarra enjoying their Hereford beef at AgQuip. 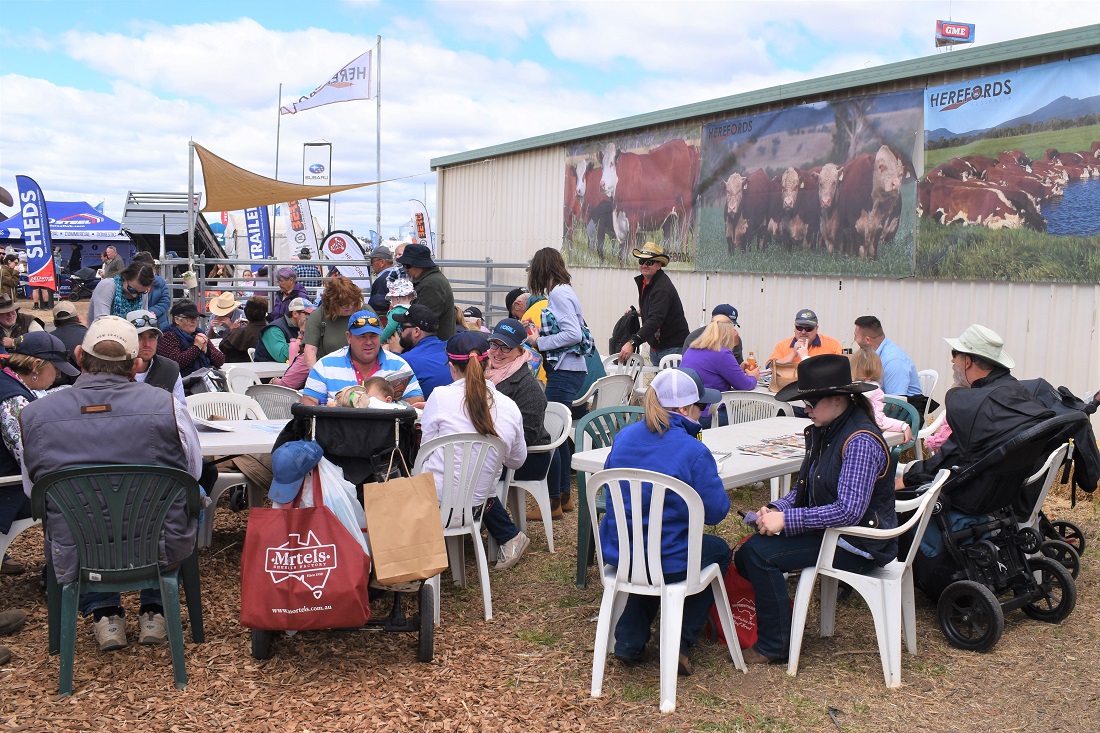 Thousands of people enjoyed Hereford steaks and pies over the three days of AgQuip. 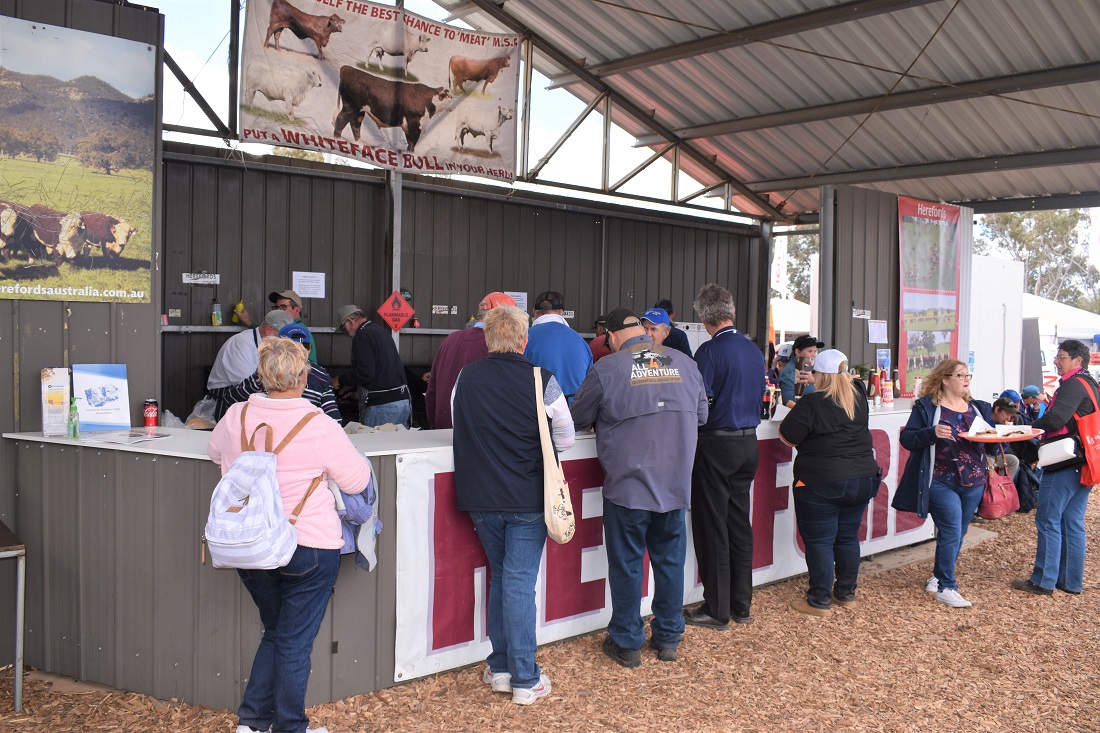 The barbecue is organised and run by the Herefords Northern NSW group each year. 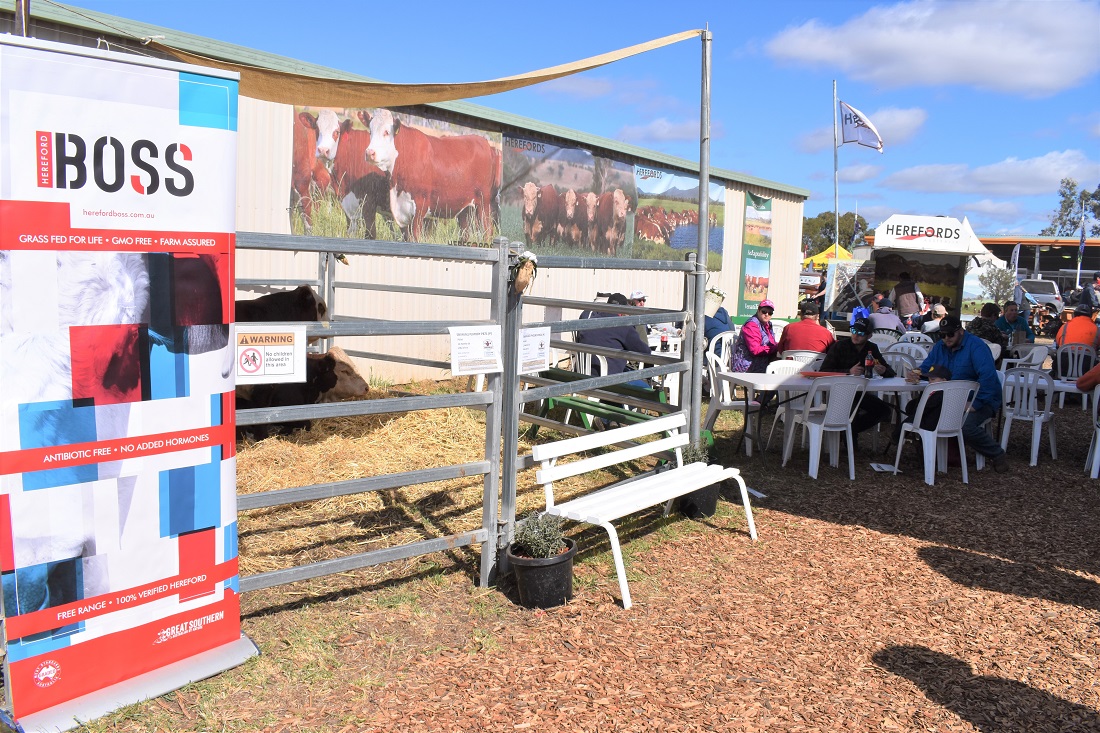 Hereford Boss branded steaks were on the menu for hungry customers at AgQuip in Gunnedah.