Strong Average with Bulls Selling to $30,000 at Dubbo National Sale 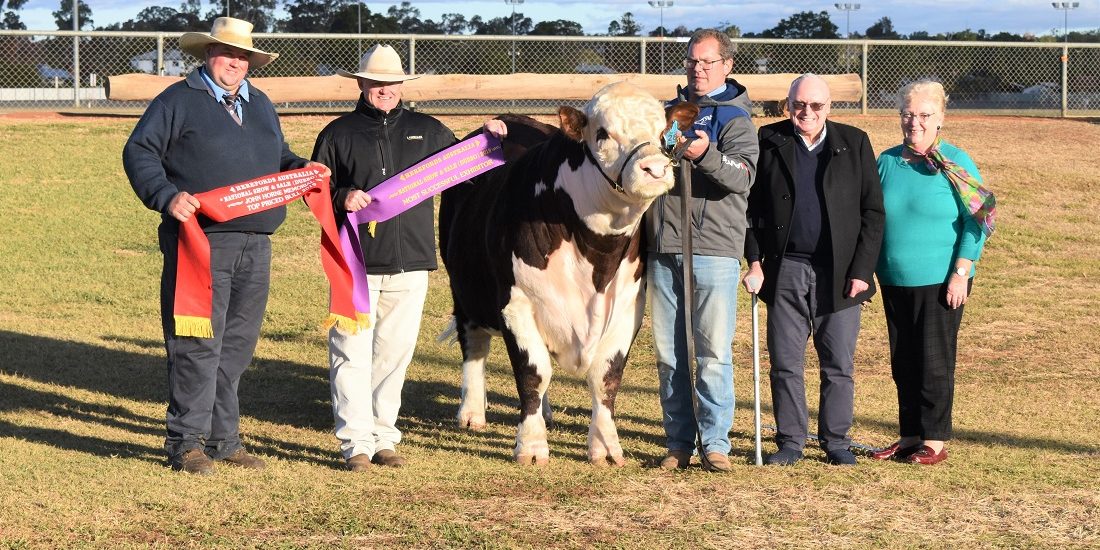 Ongoing drought conditions across much of eastern Australia impacted the overall clearance, however the sale maintained a strong average price.

Paul Jameson of Elders admitted that it was a difficult day and attributed the lower clearance to a lack of cow numbers in the commercial sector.

“The cow numbers are back, we’ve seen significant sell offs in cow numbers now for the past 12 months.

“Last year it was all about how difficult the season was, this year the female numbers are just not there.” Mr Jameson said.

John Settree of Landmark echoed this sentiment but praised the vendors for presenting their bulls in such good condition.

“In terms of the cattle I congratulate the vendors on the presentation, it was a really strong line-up of bulls.

The top price of the sale was paid for junior champion show bull Grathlyn Holy Field N019, offered by the Rayner family of Grathlyn Pastoral Company.

Holy Field sold for $30,000 to Supple Whiteface of Guyra, NSW and Armada Herefords, Mudgee, NSW, with a semen share being bought by the McKenzie family of Maungahina Stud, New Zealand.

Sired by Days Elaborate J59, 22-month-old Holy Field weighed 916kg and scanned with the highest EMA of the catalogue at 140sqcm.

Holy Field was moderate birthweight bull with a 600-day growth EBV in the top 5% of the breed and three of four indexes in the top 5%.

Vendor Andrew Rayner was extremely happy with Holy Field’s data and how he presented on sale day.

“He has an outstanding muscle pattern, for a young bull to have scanned 140sqcm EMA at 920kg I don’t think we’ve ever seen that weight to muscle ratio in a bull of his age in the Hereford breed.” Mr Rayner said.

“He’s a really good phenotype animal with good skin and hair and he has a huge weight for EMA ratio, he’s got a really good, balanced set of EBVs and is a complete outcross of blood for our program.” Mr Rumbel said.

The second top price of the sale of $20,000 was paid for Morganvale Naughton by Checkers Pastoral of Cargo, NSW.

Naughton had also been sashed as EU champion in the performance show classes that morning.

Nullabor had a very strong set of EBVs, with rib and rump fats in the top 1% of the breed, EMA in the top 10%, and all indexes in the top 5%.

Rayleigh stud principal Jeff Holcombe said that Nullabor reflected the cattle they are aiming to produce at Rayleigh.

“We’re trying to keep a middle of the road type that suits supermarket trade and making sure we’ve got a bit more beef and a bit more yield and a bit of IMF in the cattle as well.” Mr Holcombe said.

Imperial had been awarded the senior champion sash and the reserve EU index sash in the show ring earlier in the day.

Minlacowie Warlord N019 was the third bull of the day to make $14,000, selling to Chris Lisle of Tummel Herefords, Walcha.

Offered by Slingshot Park Poll Herefords, Warlord tipped the scales at 1072kg and scanned with an EMA of 134sqcm.

John Settree commended show judge Steve Reid of Talbabla Herefords, Millmerran, QLD for selecting bulls in the show ring with a combination of phenotype and data which then went on to sell well.

“I think Steve Reid did a fantastic job in finding those cattle that have a blend of phenotype and genetic makeup and the figures that match.

“Those bulls were rewarded through the sale ring today.” Mr Settree said.

The new one day show and sale format was also declared to be a success by Dubbo committee chairman; Andrew Rayner.

“I think the one-day event worked well, we probably were a little bit quicker getting through judging than we first thought we would be, but hopefully moving forward for next year it’ll give us some ideas, so we can tighten up the time frames again and hopefully make it run a little bit smoother.” Mr Rayner said. 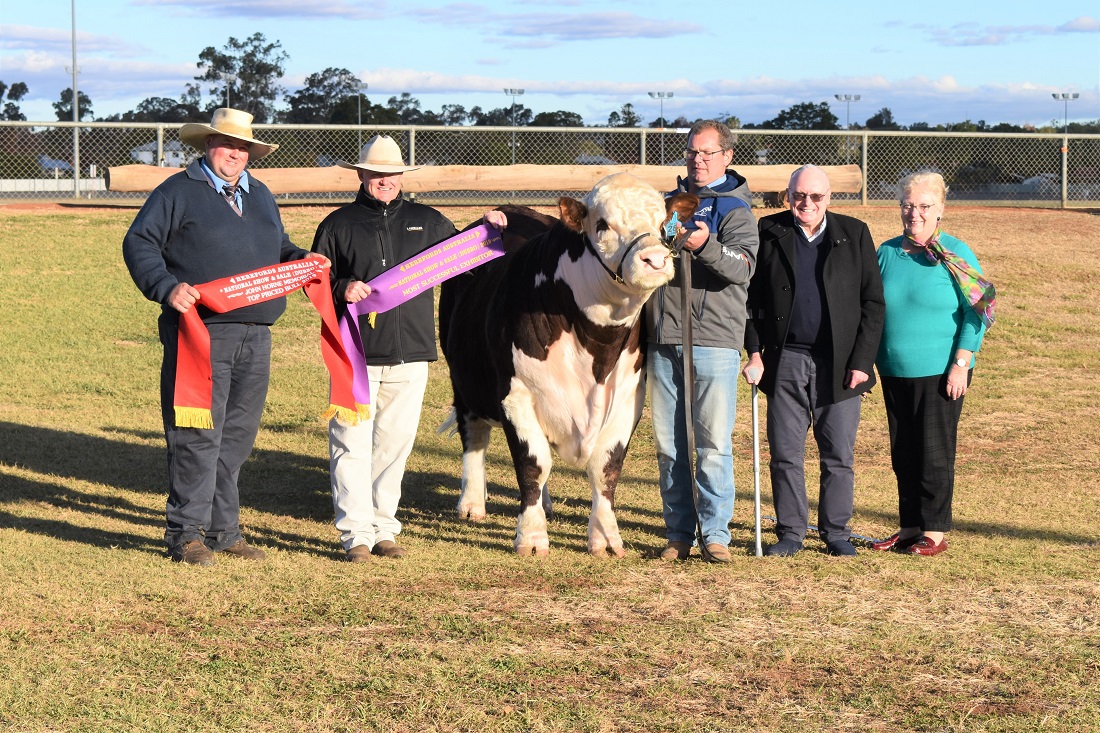 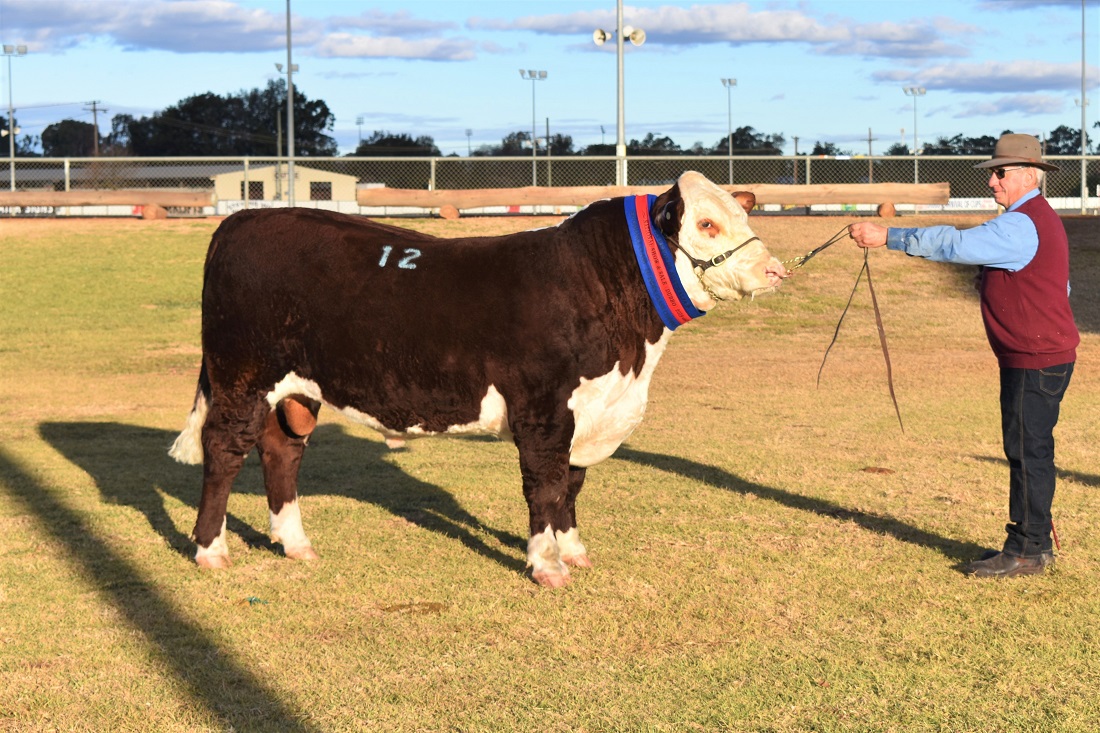 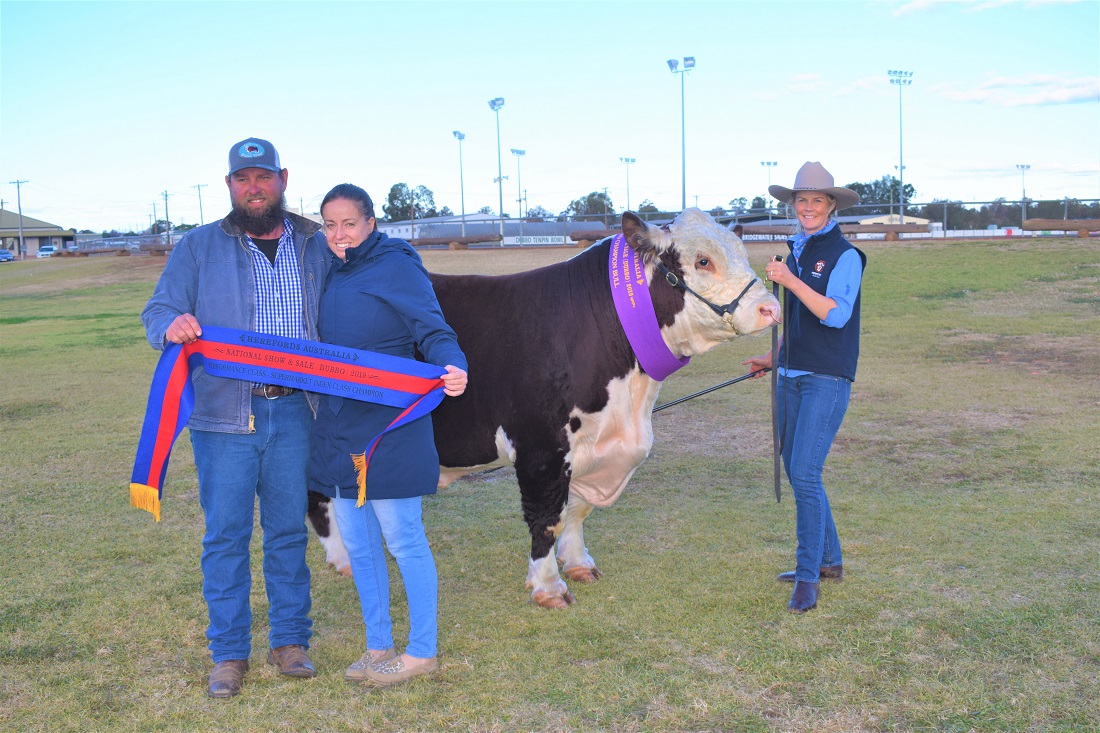